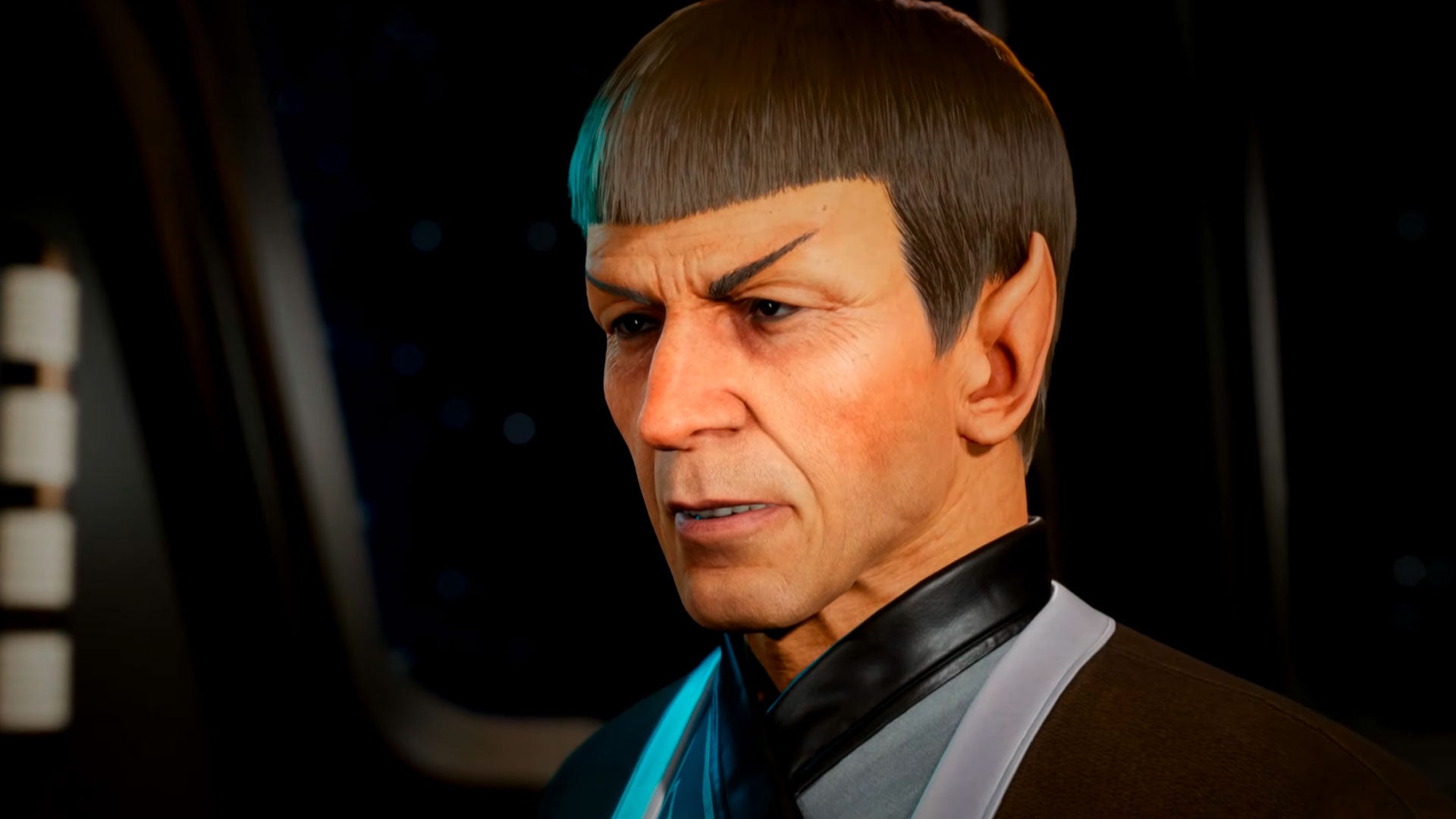 Excluding PlayStation VR’s one-and-done Star Trek: Bridge Crew, Gene Roddenberry’s sci-fi phenomenon hasn’t actually seen the frontline of the gaming community for the best part of a decade now. In a stroke of luck, though, the guys over at Dramatic Labs have made a vow to revive the Milky Way-based IP and transform it into a full-fledged story-driven adventure for next-gen consoles and PC. But what is this so-called Star Trek: Resurgence we speak of, and how will it connect with The Next Generation? Will it be canon, or will it be something else entirely? Here’s everything we know about it so far, including its story, gameplay, platforms, and release date.

What Is Star Trek: Resurgence? 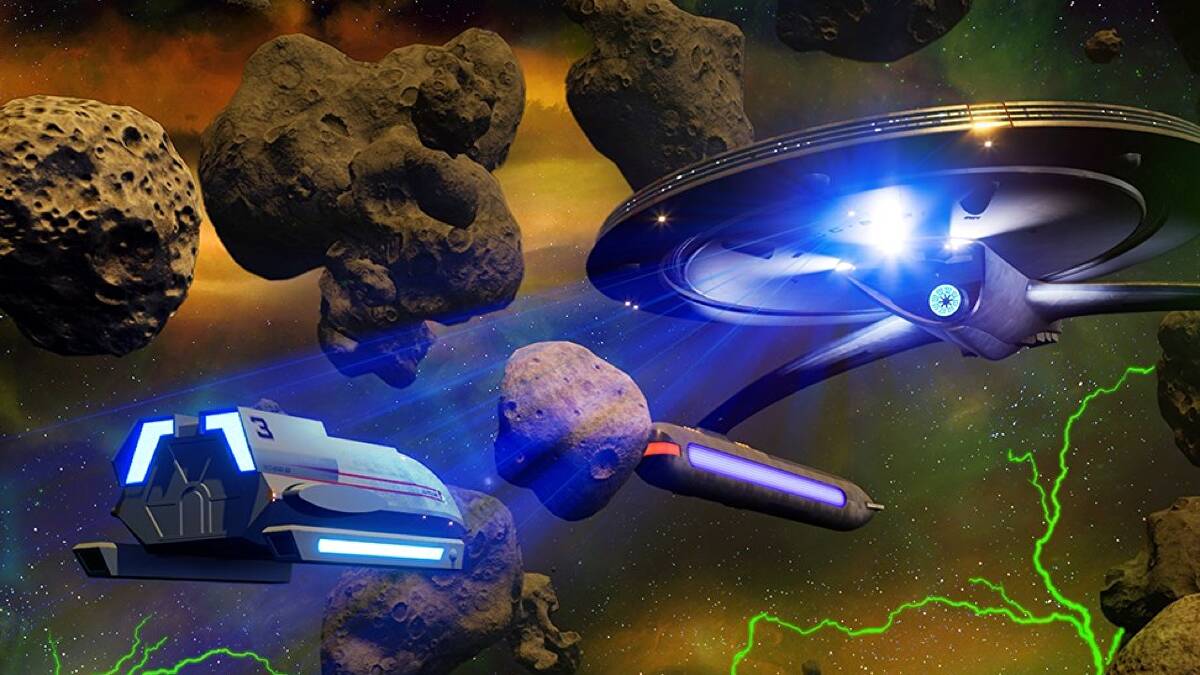 Star Trek: Resurgence is an upcoming third-person story-driven adventure game by Dramatic Labs, a studio that formed under the wing of over twenty former Telltale Games writers, designers, artists, and producers. Knowing this, and how Telltale typically build their games in a dialogue-focused format, it’s safe to say we’ll know what to expect come launch day. And if you aren’t able to construct an image in your head, then read on. 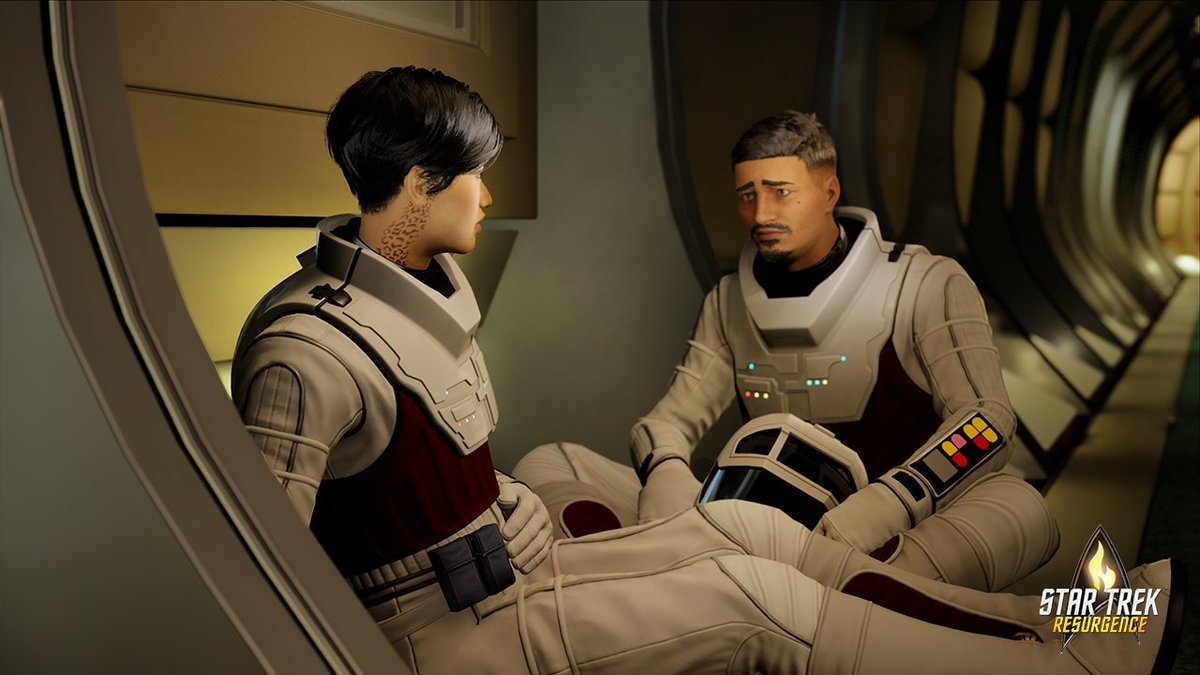 According to Dramatic Labs, the game is set in the immediate aftermath of the feature-length films, Star Trek: The Next Generation, in the year 2380. And so, if we’re to go by this, then it’s clear that the story itself will be centered around the two warring factions, the Olidians, and the Hotari. As far what the players involvement in the scenario will be is still anybody’s guess, as Dramatic Labs hasn’t been overly keen to share.

Anyway, as we’re talking about a team that has, of course, already developed something of a niche format, it seems highly likely that the story in Star Trek: Resurgence will be no stranger to it. And by that, we’re talking countless dialogue options, role-playing elements, and player-determined conclusions. The only thing it won’t have, apparently, is an episodic format. Instead, players can expect to flow through one epic journey, all of which will be shapeable and open to interpretation. 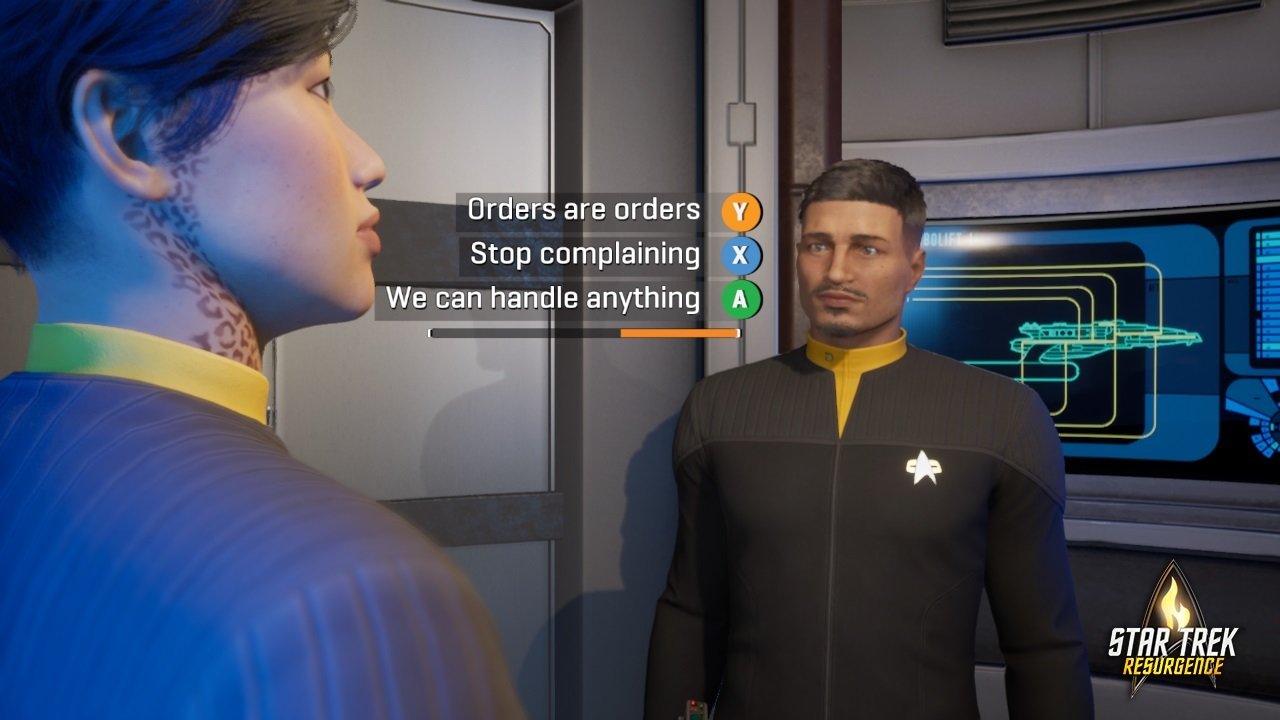 It makes sense that the former CEO of Telltale Games would want to retain some of the studio’s style, which is why we have a vague idea of what the gameplay in Star Trek: Resurgence will entail. But in spite of our shortsightedness and ability to jump to conclusions, Dramatic Labs has, in fact, pointed out a number of other gameplay features that players can also come to expect on launch day. And as it turns out, dialogue won’t be the only thing you’ll have to pick and choose as you unravel its narrative.

As mentioned earlier, the gameplay will also involve several mini-games, including shuttle piloting, stealth-based encounters, and even intergalactic phaser shootouts. So, not just your everyday visual novel with a few branching dialogue options, apparently. If anything, it’s leaning more towards the same style as Tales from the Borderlands, just with a heavy helping on Gene Roddenberry strewn over the top. And Spock, of course. 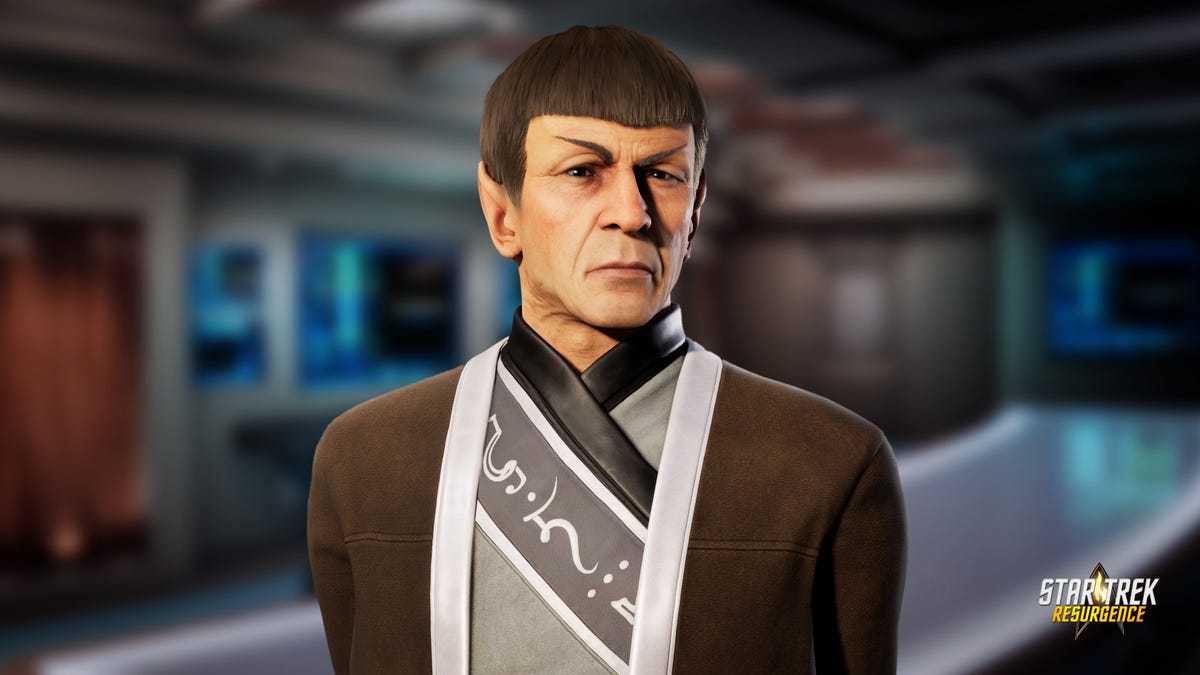 Star Trek: Resurgence is being developed by Dramatic Labs, a firm that originated from Telltale Games’ former staff’s vision to continue building powerful story-driven and often episodic adventures. The game was first shown during The Game Awards, which aired back in December 2021. And since then, the project has garnered global attention, particularly from fans of the cult-classic franchise.

According to Dramatic Labs, Resurgence will be made using Unreal Engine, along with Beanie, an in-house development tool that comprises both screenwriting and narrative-based elements. Together, the two engines will develop a blueprint similar to the ones used in Telltales Games’ earlier works, like Game of Thrones, or Tales from the Borderlands.

Fortunately, you won’t have to look all that far to catch a glimpse of Dramatic Labs’ upcoming sci-fi adventure. As it turns out, the studio lifted the veil on the project back at The Game Awards, which aired back in late 2021. And since then, the team has given fans more than enough to chew through, with both gameplay trailers and special “briefing” announcements. Interested? You can catch the original reveal of the game in the video above. 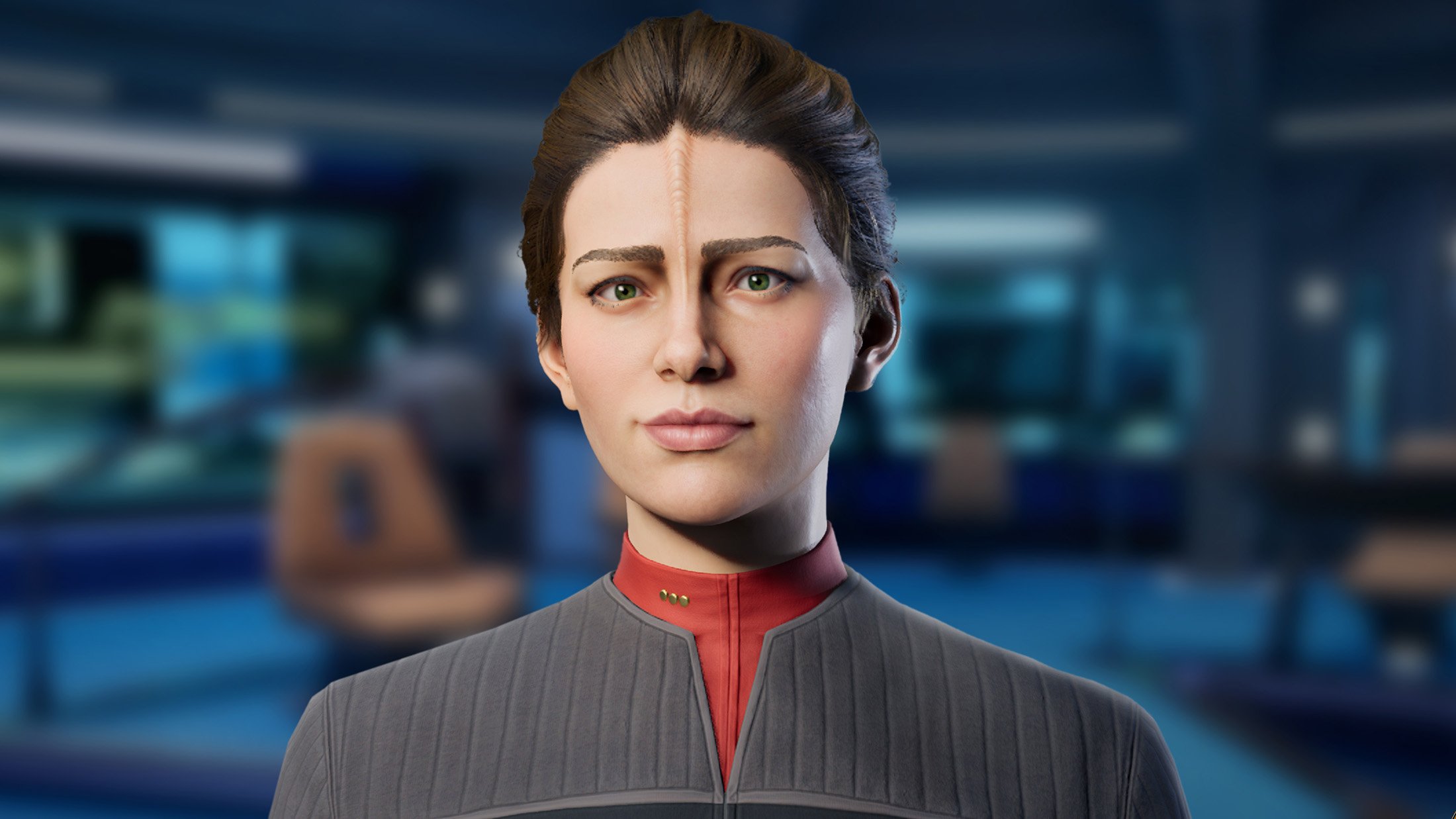 Star Trek: Resurgence will be coming to Xbox Series X|S, PlayStation 4, PlayStation 5, and PC via the Epic Games Store at some point in April 2023. As for when exactly that undisclosed date in April will be is anybody’s guess, though it’s safe to presume that Dramatic Labs will be shedding a little extra light on it soon enough. February, with a little luck, perhaps?

As far as day-one editions go, Star Trek: Resurgence will only lead with the two: physical, and digital, which will be accessible through either the Epic Games Store, Microsoft Store, or the PlayStation Store. You can add it to your Wishlist by visiting the Epic Games Store handle here.

For more information on the Star Trek: Resurgence launch, be sure to follow the official social handle here. We’ll be sure to let you know if anything new comes to light between now and its eventual April launch date right here on gaming.net.

So, what’s your take? Will you be picking up a copy of Star Trek: Resurgence when it drops later this year? Let us know over on our socials here or down in the comments below.

Related Topics:Star Trek Resurgence
Up Next

The Wolf Among Us 2: Everything We Know

5 Most Anticipated JRPGs Coming Out in 2023