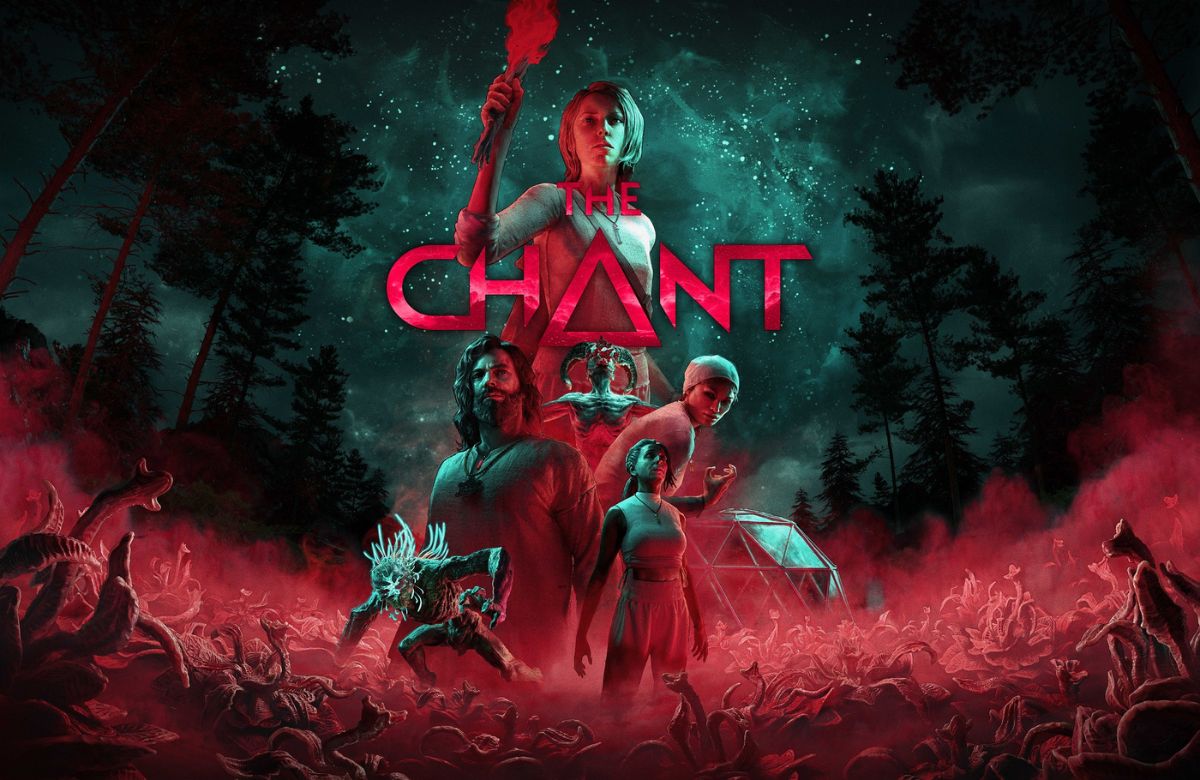 Developer Brass Token is extending the spooky season further into the year with their release of the single-player, third-person survival action-adventure called The Chant, available on November 3 for PlayStation 5, Xbox Series X/S, and Microsoft Windows. In case you haven’t played the game yet and are wondering how worthwhile it is or if it’s even worth buying, this article’s review of the game will break down the good, the bad, and the ugly, if any, so you can make an informed decision. Are you ready for a review of The Chant, a survival thriller? Let’s go.

For decades, we’ve played horror games. Each time (when done well), it’s spooky as hell. So we keep coming back for more. But if you’re being honest, it’s almost always the same recipe with minor twists here and there. The Chant isn’t much different. Perhaps it’s the familiarity that ends up making it such a fantastic romp to extend the Halloween season into November and way beyond.

Without giving spoilers, the plot’s recipe constitutes three things: the “where” – a remote island, the “who” – retreaters hoping to find peace of mind, cult members wearing animal skulls, and unholy creatures from an alternate dimension, and the “why” – the cult’s insatiable need to feed on negative energy. The latter is the most interesting, sort of a unique bit of “The Chant,” because the plot merges prismatic science with the one thing the retreaters have in common: a troubling past.

As the story unravels, we find out the details of their past as each person reveals the baggage they hoped to let go of on this retreat. But as luck would have it, things start to go haywire right off the bat, and everyone is running for their lives. Although the plot touches on letting go of grief, trauma, and other hang-ups from the past, this part of the story fades out, hardly relieving the retreaters of their troubles.

Just Another Day Lost in The Gloom 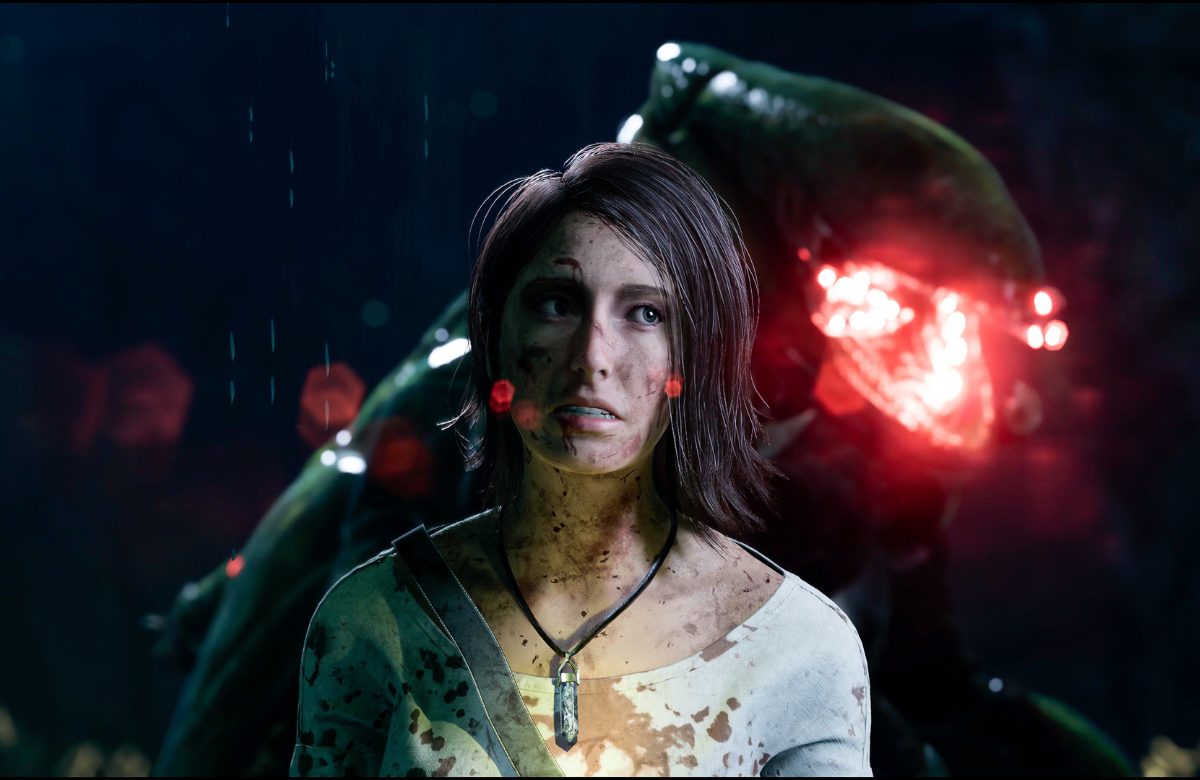 In no time, we get thrown into the Upside Down from Stranger Things. Yes. That’s right. Cosmic terror from an alternate dimension called The Gloom unleashes onto the island. We explore the island through the protagonist, Jess, who is attempting to help her fellow retreaters and fight against the creatures from The Gloom however she can. Though it’s unreal how easily she buys into the cult narrative infused throughout the island, and the out-of-this-world creatures from The Gloom, looking like a mashed-up, unholy culmination of humanoids, weird plant life, and jellyfish.

Along the way, Jess picks up notes and projections that help fill in the missing parts of the story. But however strange they were, the tension or spookiness just isn’t quite there, perhaps Althoughbecause Jess herself comes off as too accepting.

That’s not to say the design of The Gloom creatures and sound effects from the grunts and echoes within a secluded place doesn’t impress. It’s just the tension, the fear, the spookiness… it doesn’t come through as much while exploring, but more so while anticipating an encounter with yet another morphed abomination – because our lead, Jess, is far from a fighter, a mercenary or a violent person. She’s a survivor. 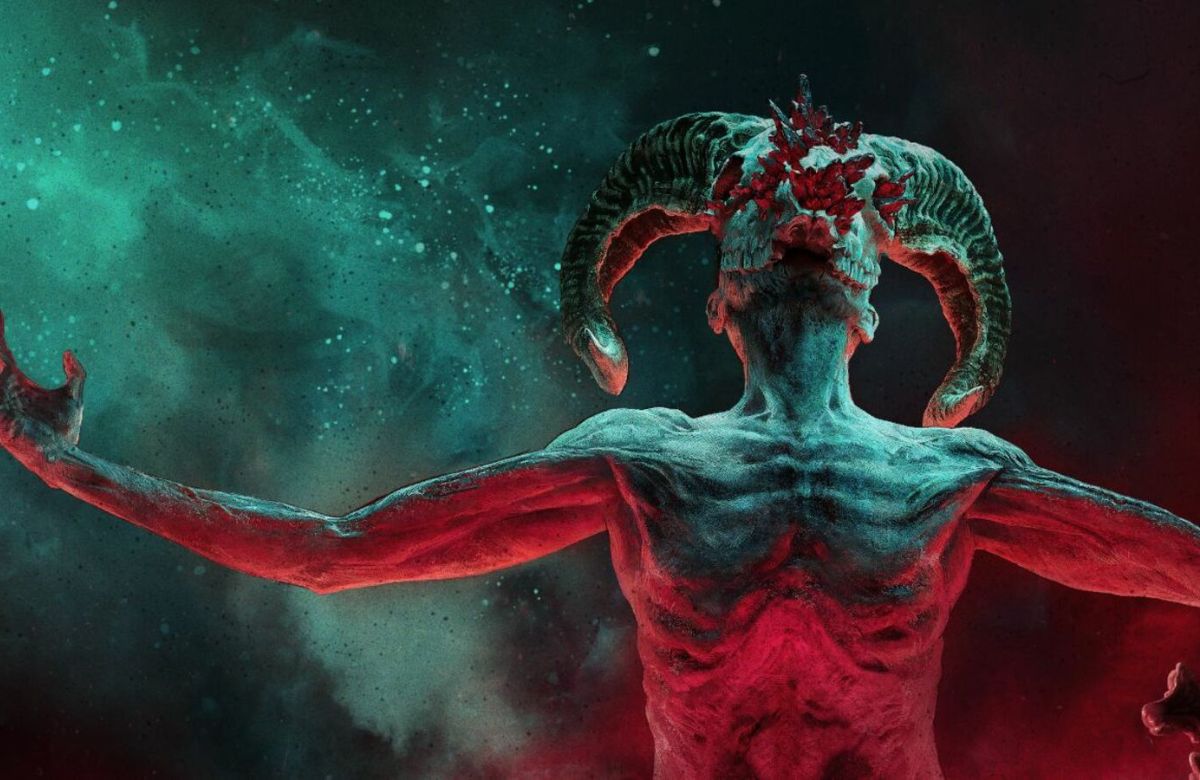 What do you do when you’re just a feeble human up against cult members wearing animal skulls and unholy creatures from an alternate dimension? You take flight. That’s what you do—you run! Because, believe it or not, The Chant is far from boasting its over-the-top combat skills.

As a disguised incentive, you can definitely make it through to the end without killing a single cult member. Running for the first time is rewarding. However, if you’d like to take on the creatures, Jess does have swing and dodge moves, though the swings are slow and the doge ineffective.

When you’d like some feedback on how close you are to defeating your opponent, you can’t have any, which can be annoying when fighting boss characters. Also, Jess is a retreater. She didn’t exactly plan on going to war. Instead, you’ll need to collect and craft weapons from the island, with your options being craftable weapons that you use at close range, like witch sticks.

There are other combat options, like using weapons as throwables or traps as you find your way to safety. And then there are prismatic skills that upgrade over time. Of course, the weapons and your abilities drain when you use them, so watch out for your mind, body, and spirit health meters.

If you deplete the mind meter, you get panic attacks that you must crawl to safety to recover from. The spirit meter helps you meditate to charge up the mind meter, and, well, depleting the body meter kills you. Spirit powers up your supernatural skills, creating the need to balance spirit and body. You could also collect herbs and plants on the island to redeem your stats.

Even though playing as Jess during combat can feel tiresome and awkward, the system is functional and grows on you with time. But the time it takes to wait around for it to stick is time better spent on another aspect of combat: the opponent.

It’s no secret that The Chant prides itself on its weird creations, which you’ll have to face off against. Each monster is different from the last and has its own strengths and weaknesses. To seal the deal off, The Chant embellishes their nightmarish nature with devilish grunts and echoes throughout the island.

Some opponents are weaker towards the witch’s stick, while other cultist members fall prey to the fire lash. So as much as the mechanics of the combat aren’t in-depth, you can at least strategize your gameplay to survive against the obviously more powerful creatures.

And, of course, try not to get cornered by more than a few enemies.

So, you convene on a remote island to get help letting go of your troubled past. During a spiritual chant, the island reveals its true colors, unleashing cult members who feed on negative energy and an alternate dimension, The Gloom, with weird creatures creeping out of it. What do you do then? You go out and explore.

Though The Chant relies on some tried and tested horror recipes, there aren’t too many jumps scares, and the environment feels nothing short of unsettling. With six chapters woven around Jess’ solo exploration of the island, each one gives you a puzzle to solve. Of course, you can take a wild guess for some endings, but there’s never knowing where the next weird creature pops up.

Most puzzles involve finding items, keys to unlock padlocks, shortcuts, or parts of a weapon. And however simple some of the puzzles are, nothing beats scampering through the dark mines and running into all sorts of psychedelic fun, from cankertoads to mimicrawlers to a man-made of flies waving sage sticks at them, and the cultist wearing animal skulls.

It would have helped if the story wasn’t so linear and compact. It feels like a run-through of checking items off a list. At least there are multiple endings, which encourages repeated playthroughs to some extent. 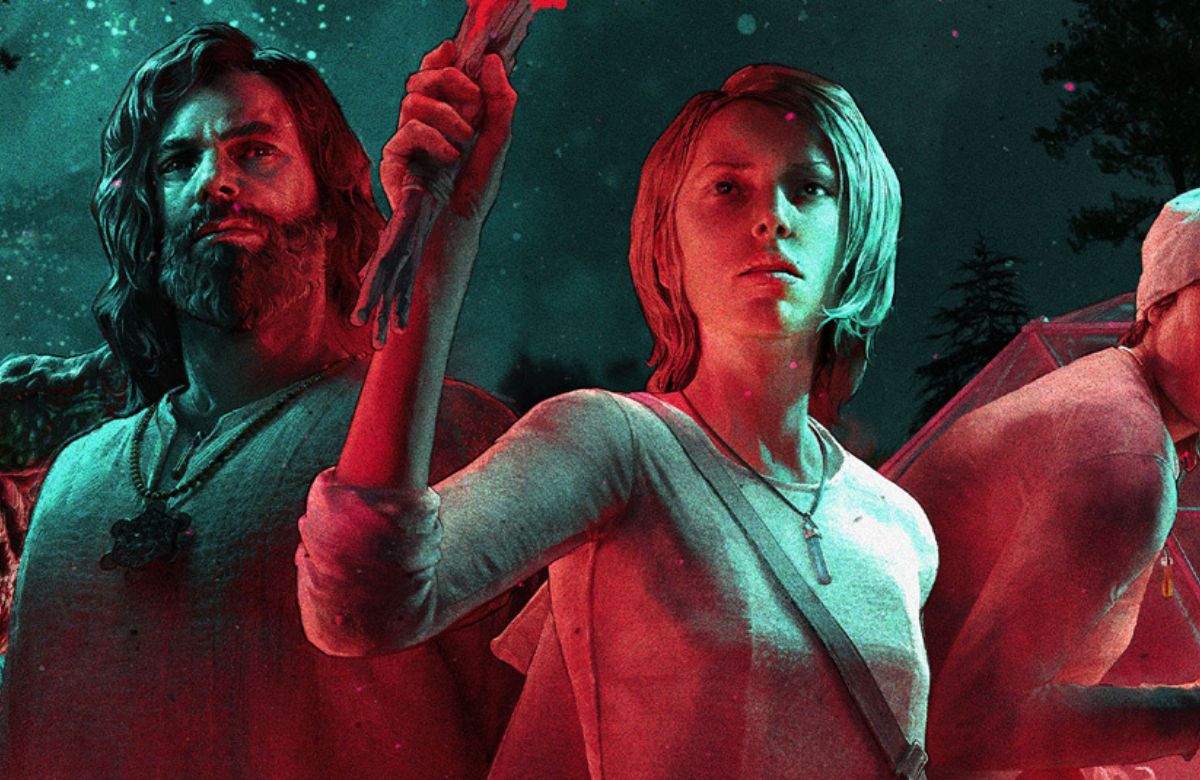 The Chant displays a few technical issues like lighting and some characters looking clumsy, and the open-world adventure is less desirable than you might hope. Being a horror game, The Chant isn’t as frightening as it should be, especially with the much potential of The Gloom and the characters’ unique stories that could have created intriguing theme ideas.

From the premise, all else feels rushed and underserviced, including how quickly Jess is accepting of The Gloom. The plot and gameplay are compact enough to feel like a short and sweet adventure. The weirdness of the creatures creeping out of The Gloom is compelling enough to feel unsettling. And the soundtrack is fantastic, borrowing tried-and-true electronic rock techniques from the seventies horror films.

Overall, The Chant relies heavily on horror cliche, which elevates the experience to a few entertaining hours spent. However, The Chant is not without rough edges that need polishing. The characters’ backstories are in desperate need of showering of more love and development, and definitely more love and care focused on developing an in-depth combat system.

There’s no denying the psychedelic nature of the premise and the mysterious nature of the Gloom. But onwards into the game, it felt predictable, rushed, and underwhelming, all of which holds The Chant from shining as bright as it could.

You can pick up God of War Ragnarök on PlayStation 5, Xbox Series X/S or PC. For more updates on the game, be sure to follow the official social handle here.

A Cinematic Horror Story Through the ‘70s

Inspired by 1970s psychedelic horror stories, The Chant is a single-player, third-person survival thriller that takes you on a nightmarish, unsettling adventure on a remote island crawling with cultists and prismatic creatures creeping out of The Gloom. Brace yourself against the horror and panic, or flee for safety. Either way, there’s no way out of the island except braving through it. You can now grab your own copy of The Chant, available on PlayStation 5, Xbox Series X/S, and Microsoft Windows