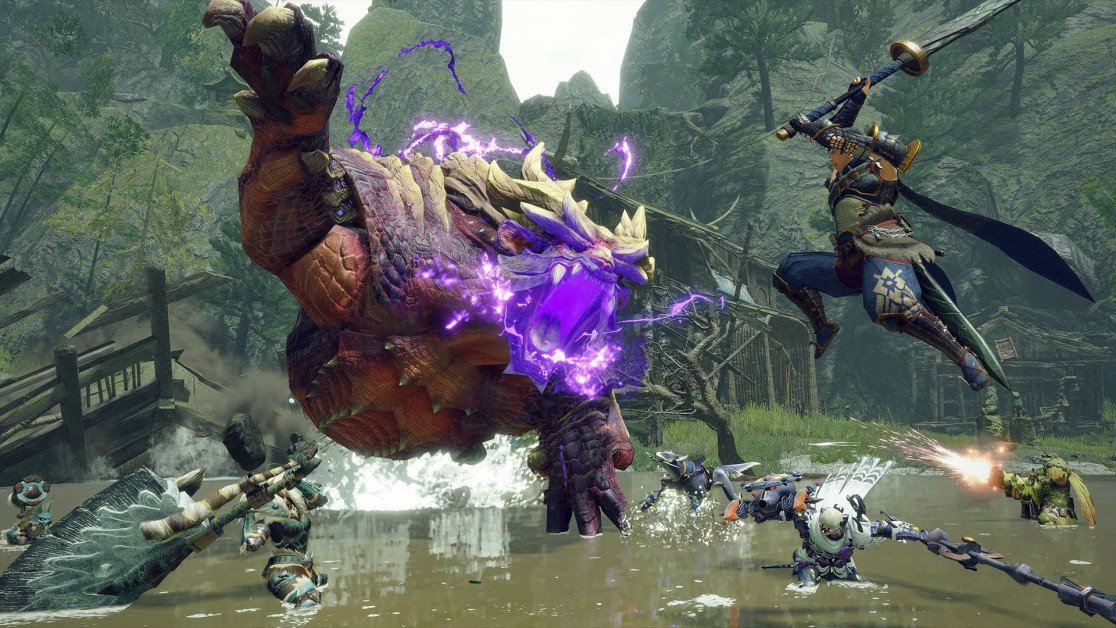 When it comes to hunting monsters, there’s no game better than the Monster Hunter series. Released by Capcom in 2004, these monster-slaying role-playing games have been entertaining gamers for over a decade, and show no signs of slowing down. In essence, Monster Hunter games pit you against an ever-increasing number of tough monsters in their missions. On each level, players utilize conquered armory, making it a progressive game. It becomes intriguing when you have a selection of weapons to choose from, each with its own suitability to conquer the monster you’re up against.

The series has not always received great feedback. This is mostly due to earlier versions being released in Japan. While previous releases may have received mixed reviews, fans all over the world are undoubtedly curious about how fantastic they were. Furthermore, fresh versions are now available all around the world, making it an interesting game worth checking out. With fans still grasping the latest Monster Hunter Stories 2: Wings of Ruin edition, we thought we’d take a trip down memory lane on some of the franchise’s prior releases. In this article, we’ll take a look at the top five Monster Hunter games of all time.

Also known as Monster Hunter Tri, this edition was the third Monster Hunter generation release that received great acclaim. It incorporated new changes from its sequel, Monster Hunter 3, including the famous Switch Axe weapon, which swapped between an axe and a sword that dealt further damage to monsters. This edition was most notable for incorporating underwater conquests, which some fans liked, while others did not. Unlike other Monster Hunter releases, players explored divisive underwater mechanics.  The game had sea monsters with electric abilities and employed a new atmosphere to the game. While the innovation in this edition is commendable, history has proven to steer away from underwater role-playing games. Nevertheless, this edition brought the franchise back to home consoles making it a worthwhile game to play.

This second main edition from Capcom introduced some of the most famous monsters and players in the franchise. Characters like Tigrex and four new weapons like Hunting Horn, Gunlance and Long Sword are some of today’s staples to the series. The Monster Hunter Freedom Unite incorporated more prominent innovations such as faster load times which players greatly appreciated. It challenged players to a “G Rank’ level quest, commonly known as the ‘Master Rank’, which was more challenging to get through. With the Palico sidekick, fans enjoyed a friendlier game while maintaining its charm and difficulty.

It launched later as the first mobile playable Monster Hunter game on iOS, arguably providing a better feel to the game. Overall, this edition was famous for adding a Felyne comrade whose hunting, healing, and conquering quests’ support was appreciated, especially among single players who would go on solo hunting expeditions without playing online multiplayer.

As the fourth main game to the series never got released worldwide, fans got to jump right to its enhanced prequel, the Monster Hunter 4 Ultimate. The game was widely known for its excellent job in advancing previous playstyles. It added depth to its mechanics, increasing movement options and combat techniques. It also added complexity to its maps making it more interesting to navigate and explore. These additions went on to set the stage for future games.

The game also introduced ‘Guild Quests’, which offered thrilling narrative sequences for players – a not so common perk to Monster Hunter games. Lastly, the game’s technological adoption was much more significant due to its wireless online multiplayer on portable devices. These allowed fans to enjoy playing the game with people worldwide.

Monster Hunter Rise is the second latest entry in the series and one of the fastest-paced games in the series. So, tasks like gathering materials and exploring game environments do not feel longer than they need to. Additionally, the game’s new traversing options like the Palamute and the hook-like wire bugs make vertical movements easier.

There were controversial changes in this game that players had mixed feelings about. For example, the game lacked the ‘hunting’ phase existing in previous games. Therefore, players would start fighting monsters from the start of a quest. It may be advantageous to quickly and efficiently conquer adversaries in the game. However, the Monster Hunter games had already built its brand around hunting for monsters, making it an odd change that felt like something was missing from the game.

Overall, players who prefer shorter game sessions and a more streamlined game will rate this edition much higher than fans who seek adventure. Some of the rampage quests and the end-game did feel less thrilling to some players. Evidently, this edition fell slightly short of being the best game from the franchise.

Finally, at the top of our list is the Monster Hunter World game that gained worldwide popularity on its release. The game brought critical acclaim to the franchise, making it one of the biggest games of its time. In fact, the game gained zero negative reviews on Metacritic, which collects the most reviews. It was praised highly for achieving an outstanding balance between staying true to the franchise and introducing gameplay techniques accessible to new fans.

In this game, players had the freedom to play solo or team up with people worldwide. Through its online multiplayer mode, it became competitive and exciting to conquer some of the deadliest monsters in the series. It offered a fully fast-paced environment that got rid of previous loading times in between scenes. Other perks to the game are fully functional gameplay mechanics and beautiful graphics to go with it. It remains the universally acclaimed edition that introduced the title to the world.

So, what do you think of these top five Monster Hunter games of all time? Do you agree with them? Let us know in our socials here or in the comments below.

Looking for more content? Check out some of the other articles you may enjoy reading:

5 Action Games Right Now You Should Play With Subtitles On

5 Best Games To Get You Prepared For Dying Light 2: Stay Human