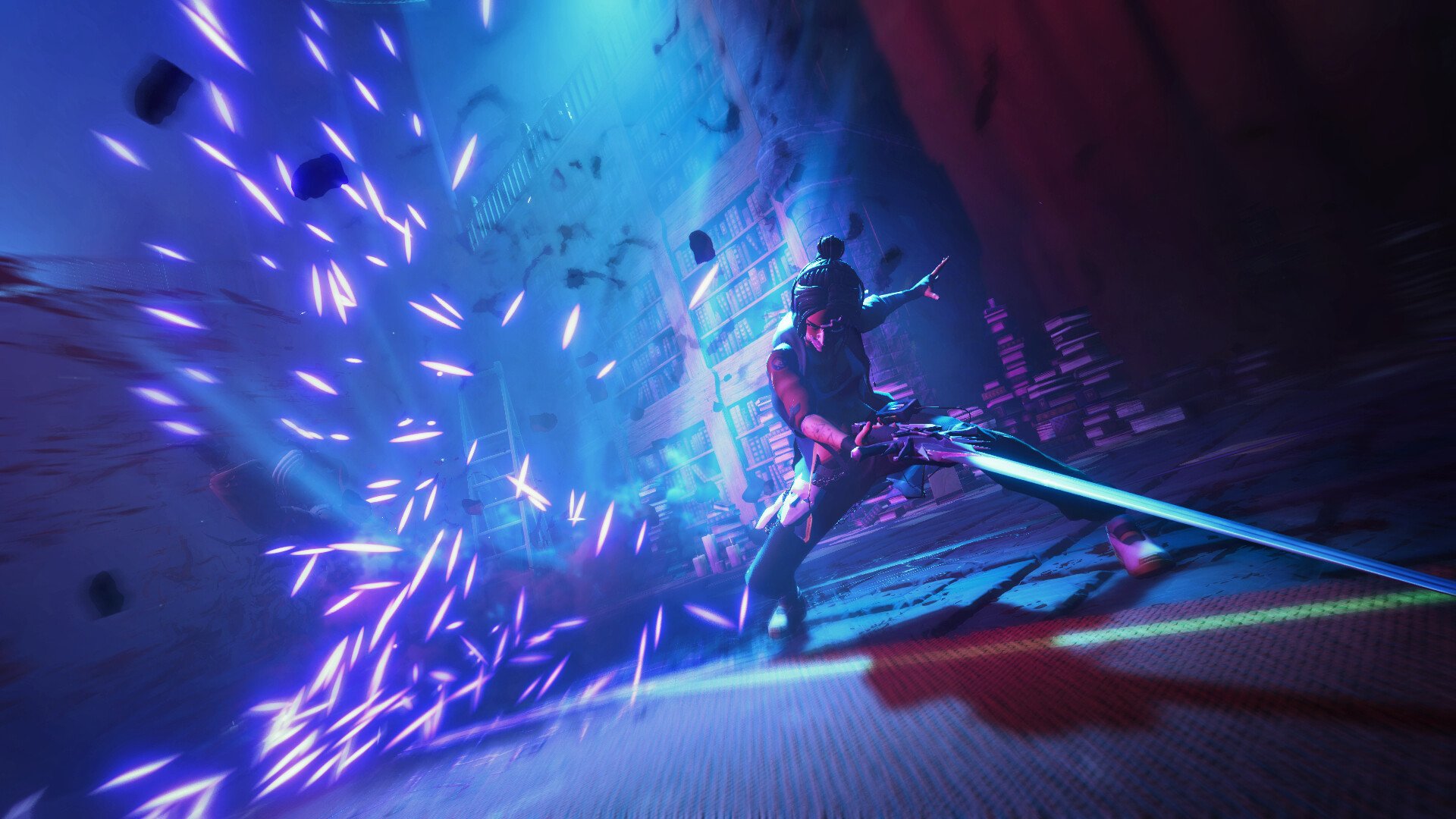 Phantom Hellcat was one of our top picks from the Future Games Show 2022. Its overall art style and gameplay direction appear to bring a novel experience to the action-adventure, hack and slash genre. The glimpse of gameplay we got from the trailer shows us the combat is very intuitive, fluid, and refined in general. With that, lighting is definitely being experimented with to create some thrilling and memorable fighting stages.

Needless to say, the trailer did a good job of getting us excited for the game. The only issue is we don’t currently have a release date, and once we get one, it will most likely push beyond 2022 and into 2023. And to be frank, we can’t wait that long to get a taste of the action. That’s why we’re biding our time with the five best games like Phantom Hellcat, in this list. And if the game’s premiere piqued your interest as much as it did ours, then these titles you should do just the trick.

Death’s Door is probably not the type of game you expected to see first. More so, you probably didn’t expect to see a fighting crow as the first game compared to Phantom Hellcat. That’s because this game is much more than that. Death’s Door, like Phantom Hellcat, draws parallels with its third-person perspective and varying levels of combat. In it, you can hack and slash as well as use long and short-ranged magic projectiles. Which altogether, makes for some very intuitive gameplay on its own.

In the story, you are a crow working for the Reaping Commission Headquarters. Your task for them is to kill beasts and demigods in order to harvest their souls. When your souls are stolen by an unidentified thief, you must track them down to an unknown realm where beasts and demigods are more-so goliaths and gods. That also may be where the mystery of death’s door lies. Overall, Death’s Door appears to be as inspired as Phantom Hellcat, and its third-person perspective and gameplay are a good match for what we might encounter when it releases.

One of the most important things we took away from our first look at Phantom Hellcat is its combat gameplay. It appears to be incredibly smooth, action-packed and dipped with magic. Naraka: Bladepoint is one game with similar gameplay to that. The 60-player battle royale foregoes guns in favor of a mythical action combat experience combined with martial arts-inspired melee combat. And, clearly, it’s the ideal battle royale for fans of hack and slash combat.

Naraka: Bladepoint’s gameplay can be described as fast, fluid, gravity-defying movement. Combat, on the other hand, is razor-sharp and precise, with a plethora of melee and ranged weaponry available to you. That is why, in Naraka: Bladepoint, you must be as in tune with your movement in combat as possible if you want to win. The more in tune you are, the more rewarding fights become. This appears to be the case for Phantom Hellcat’s combat gameplay, which is why Naraka: Bladepoint is a good fit for games like it.

If you want epic proportions of Phantom Hellcat’s hack and slash gameplay, Devil May Cry 5 is a game that comes close, albeit much more exaggerated. The entire Devil May Cry series can be described as corny and over the top, but that is precisely what fans love about the game. That, and the ridiculous cutscenes that exemplify and further the game’s excessive action adventure.

According to the plot, Red Grave City has sprouted seeds from a “demon tree,” and demonic powerful beasts have arrived to rule your world. But, armed with a pair of mechanical devil breaker arms, young demon hunter Nero is up to the task. I should also mention that these rocket arms can be used as a skateboard to fly headfirst into the fight. But to get back on track, essentially, you play as a demon hunter, or rather a trio of them. Each with their own fighting style and abilities.

As we said, the game is a bit of an exaggeration, but if the hack and slash gameplay of Phantom Hellcat appeals to you, Devil May Cry 5 is a game with similar combat like it. And if you’re looking for a holly-wood-esque presentation of that gameplay, this game is well worth your time.

Out of all the games like Phantom Hellcat, Thymesia is one game drawing a lot of uncanny similarities. That’s because Thymesia was released only a week before Phantom Hellcat, and the parallels are undeniable. Third-person perspective, swift hack-and-slash gameplay, magical abilities, and a gloomy and dystopic setting. That’s why aside from the gameplay, which appears to be identical to Phantom Hellcat’s but more souls-like, Thymesia appears to have its own authentic take on many of the same themes.

In this story, alchemy has taken over to provide relief in times of distress for the kingdom, but with it in short supply, the kingdom has fallen into complete chaos. The streets are now infested with infected monsters. You take on the role of Corvus, the kingdom’s last hope, and the truth is hidden in your memories. You’re now left to scavenge the gruesome world for answers, but all you can find are more secrets. Aside from the emphasis on souls-like combat, Thymesia is about as close as we’ll see to that of Phantom Hellcat.

NieR: Automata takes place in a dystopian world overrun by powerful machinery. The human resistance sends a force of android soldiers known as 2B, 9S, and A2 to destroy the mechanical invaders in one final push to reclaim Earth.

The game differs in that it is open-world, which we doubt will be the case for Phantom Hellcat. In any case, this is the best candidate for comat gameplay like Phantom Hellcat. And so far, that’s what has piqued our interest the most about the upcoming title, and NieR: Automata is the closest representation you’ll get to it. That’s why, out of all the games like Phantom Hellcat, NieR should be at the top of your list.

So, what’s your take? Do you agree with our top five? Are there other games like Phantom Hellcat that we should know about? Let us know in the comments below or over on our socials here!

5 Things We Want in Civilization VII