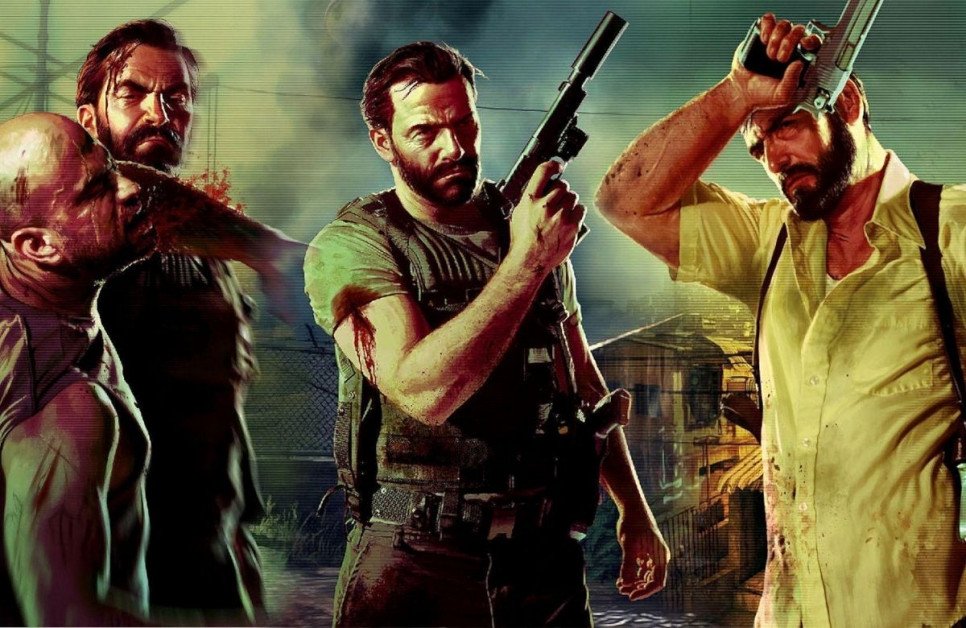 If you are a Max Payne fan then you are definitely in for a treat. Especially since Remedy Entertainment’s announcement citing yet another collaboration with Rockstar Games for a remake of Max Payne. The remake will bundle up the original Max Payne and MaxPayne 2: The Fall of Max Payne under one title. However, by virtue of this being a new project, you’re looking at a possible 2023 release before you can get your hands on the Max Payne reboot. Ready your new-age consoles(PS5 & XBOX X|S) and PC because the remake will only feature on these.

For these reasons, you’re probably looking for ways to kill time in anticipation of the remake with possible titles similar to it. Read on to see our selection of games like Max Payne, which offers a neo-noir setting and bullet-time gameplay. Attributes that were popular with the Max Payne Trilogy. Most of these games are 3rd person shooters. You’ll take on the role of fascinating characters and immerse yourself in mysterious narratives. Granted, they are not similar to the letter, but you’ll surely appreciate the resemblance.

Upon its 2007 release, Stranglehold was seemingly a Max Payne clone, seeing as it was made by the same person who inspired Max Payne‘s gameplay. In comparison to Max Payne, Stranglehold is far more intense, destructive, and action-filled. The game throws you into a high-density world full of waves of adversaries you’re to kill. You jump, slide, and dive around the screen in either normal or Tequila time, slow-motion shooting. The game also has excellent control.

What makes it so good is that Tequila, the main character, flows with the environment. He automatically slides over objects like tables without losing aim. You also don’t have to reload, which might seem stupid at first. But it makes sense for the game as you never seem to lose your momentum. Additionally, the game takes destruction to soaring heights. You can break platforms above enemies to crush them. Or break platforms below their feet to have them fall to their death. You can even take out large gangs of thugs by bringing down small and large neon signs. Stone pillars and statues are also no match for the action of John Woo. You’re in for a violent treat!

Mafia II is a third-person shooter that tells Vito Scaletta’s story. A self-made gangster who aspires to rule over the mafia crime families. And, as the title suggests, you’ll be neck-deep in the brutal world of the mafia. Mafia II contains all of the elements found in games like Max Payne. There will be a lot of gunfights, physical hand-to-hand combat, and automotive exploration.

Furthermore, the plot here falls under a mid-century American backdrop. And the foot-tapping tunes plucked straight from that era add to the overall gangster vibe. However, despite all the similarities with Max Payne, Mafia II is painfully short, and it desperately needs side missions.

A 2018 release by creators Rockstar Games, Red Dead Redemption 2 is an open-world action-adventure-shooter game set in the Wild West of America. In spite of its very different setting from the Max Payne series, gamers who enjoy immersing themselves in a gaming world set in a different era will enjoy RDR2.

It is one of the most beautiful and dynamic gaming worlds ever created, and it is jam-packed with content. It tells the story of the Van der Linde Gang’s final months in the old West’s dying days. RDR2 also has an honor system, allowing players to choose how good of a man Arthur Morgan truly is as they progress through the tragic story. Although the gameplay sees players on the wrong end of the law, it really is a tear-jerker! Players should bring tissues with them for this one.

The Saboteur ranks second in our games like Max Payne’s listicle owing to the similarities between the two. It sees players taking on the role of Sean, a racing driver from Ireland who decides to assist the French resistance of WWII. Sean, just like Max Payne, is driven by vengeance, and the loss of his friend Jules gives him every reason to put his life on the line.

The Saboteur‘s gameplay features a neo-noir adaptation that sees locations filled with Nazis having a predominantly black and white backdrop. Only after the players rid these areas of Nazi control is when the backdrop restores and adapts the beautiful Parisian vibrancy. This identifier makes the gameplay easy. You can tell which areas you’ve liberated and which ones are still Nazi-infested. Overall, it’s a fun game that gives players enough customization options to target their style of brawling, mechanics, hardware, demolitions, sabotage, mayhem, and racing.

Old but definitely gold is 2004’s The Punisher, and it sits at the top of our games like Max Payne’s selection. The two games’ similarities are uncanny. Out of the world, really! Starting with the main characters, Max Payne and Frank Castle, both of whom are driven by anger and revenge. Stemming from the brutal murder of their families. They are also highly trained individuals, Max being a former cop while Frank is a military veteran. Needless to say, these two attributes are to thank for the combat-filled action these games offer!

While the two main characters are awfully similar, The Punisher‘s Frank Castle is deadlier because he is far more efficient in his killings, and he bears no guilt. If this isn’t enough to make you look for The Punisher, I don’t know what is. Hop on the bandwagon and experience this riveting action shooter game from the wrong side of the law.

Do you agree with our list of the best 5 games like Max Payne? Please provide feedback in the comments section below or on our social media channels here.

Need more gaming content? Please take a look at these articles as well.