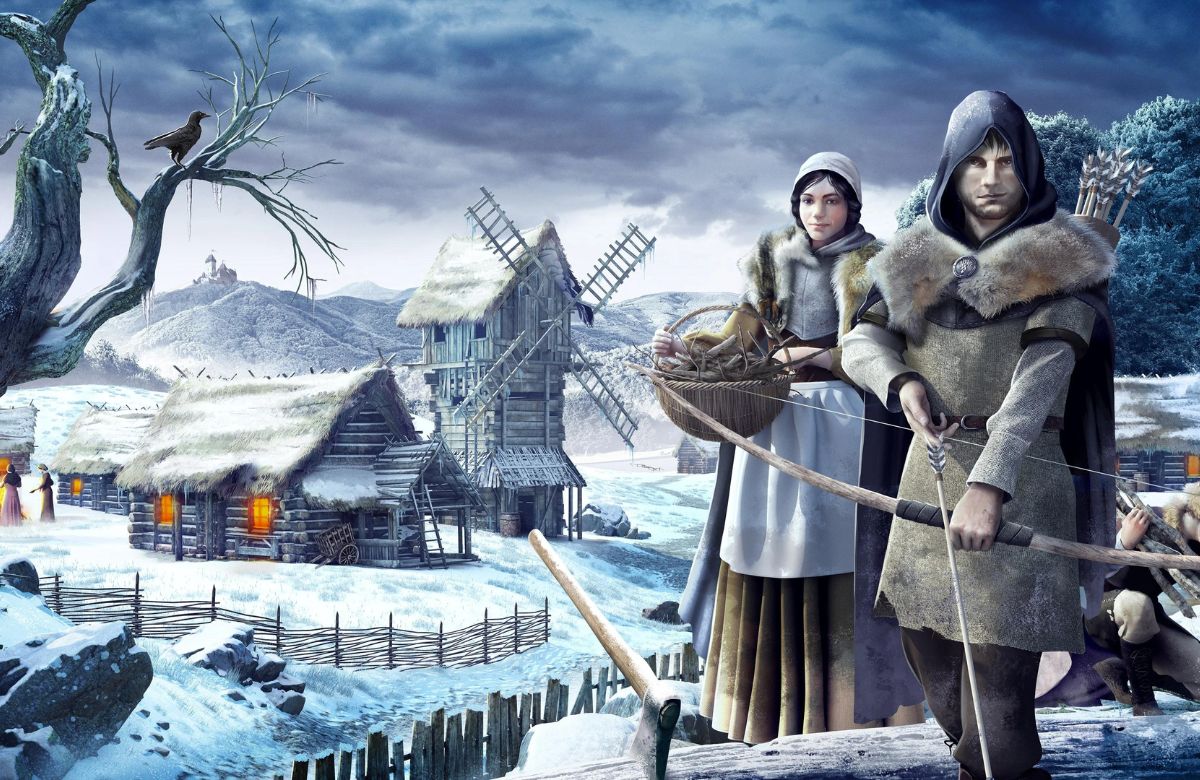 Medieval Dynasty is a 2021 survival RPG game set in the Middle Ages in Europe, where nobles and clergy reign supreme. The player takes on the role of a young man taking fate into his own hands and chartering his path. You will master skills in different areas that will help you rise from poverty. Some of these skills include weaponry, farming, hunting, and more. Medieval Dynasty gives you the nostalgic feeling of a time without things like electricity and technology. You have to learn and rely on your skills and the people around you to get ahead. Along this game, you will create a family and a dynasty over time. It tests your resilience and will to survive in the toughest of times. If this is one game you like, here are some of the other games like Medieval Dynasty you can dive into.

Omensight is an action-murder game developed and published by Spearhead Games. In this game, the player takes on the role of Harbinger, a skilled warrior or a hero who appears when the people need him most. As the hero, you have foreseen the destruction of Uralla, and you have to fight to prevent it. You are tasked with weaving a new path of fate for its inhabitants. While giving the world a second chance, you also get three other companions to help you with the task.

While all the other games on this list center on a fallen civilization, Omensight is focused on preventing the catastrophe from happening. The player is bestowed with powers and gains skills to fight and prevent the murder of the priestess, which leads to her annihilation. You have to traverse the universe across civilizations and time to achieve your purpose.

4. Remnant: From the Ashes

Remnant: From the Ashes - Gameplay Trailer

After an apocalyptic event that renders the world in ruins, a survivor must rise. Remnant: From the Ashes is a game produced by Gunfire Developers and published by Perfect World Entertainment. This is a third-person RPG, and players have to build up their characters. Some of the skills include weapon crafting, combat, and gear crafting. Remnant allows players to use more than one weapon, giving them the power to exercise more combat moves and finish their adversaries.

Players can also team up with more players to create a lethal team. Since different evils from across the universe hunt the remnants of mankind, the player must save what remains. The player traverses many universes to seek weapons and fight back the evils to regain what Is left of the earth. The game has a thrilling level of gameplay that will keep you immersed as you progress further and take back the universe.

Similar to Medieval Dynasty, this game offers the nostalgic adventure of a past civilization. Valheim takes you to the world of the Vikings. This game is the product of a collaboration between Irongate Studios, Fishlabs, and Piktv. It is published by Coffee Stain Studios. You will have to fight for survival in this Nordic realm as you forge your place in society. As a player, you have to build your village using skills like foraging, woodworking, masonry, and more.

The best part? You get to sail in a Viking boat to raid far-off villages, fight monsters, and discover new resources. The game is heavily based on Norse mythology, so you might come across some enemies banished by Odin. The game can be played by many people, so you can round up your friends to create your little band of Vikings. The endgame is to become a Viking worthy of Valhalla as you save humanity. Unleash your inner Viking with this awesome game.

At first glance, this game looks like Medieval Dynasty, but once you start playing, you will notice the differences. This game was created by Foxy Voxel and Gramophone Games and published by The Irregular Corporation. While the Medieval Dynasty required you to build a little settlement with a handful of people in the forest, Going Medieval is centered around building a fortress against an enemy. This RPG follows the player as they gather a broken civilization and build a fortress where the enemies cannot get through.

The colony is constantly under threat of raids from other civilizations. Over the course of the game, the player gets to shape their story by observing the other villagers and relating to them differently. They also have to manage the needs of the villagers, which change depending on the variables they face daily. This could include hunger, harsh winters, or distress. In both games, you will live in medieval times and work with the aesthetic.

Moving away from the medieval, we switch to a modern world where civilization has collapsed and the player has to survive. In Survivalist, a game developed by Bob and published by Ginormocorp, the player has to fight or die. The game opens, and the player is John Wheeler, a stuck-up hedge fund manager who leaves his bunker to look for food.

Along the way, you will have to fight zombies, overcome moral dilemmas, and uncover secrets. All the choices you make have consequences. You will have to band together with other survivalists and build a community along the way. You get to build a whole community with your skills as you survive the aftermath of a world that has fallen apart.

One thing to note is that these are not your average zombies; they are pretty fast, and you have to outrun them to survive. If you loved the plot on shows like The Walking dead, this could be a great game to get into and enjoy beating some zombies and ensuring the survival of humanity.

And there you have it. Do you agree with our picks? Have you played any of these games like Medieval Dynasty before? Are there some games we have not mentioned? Let us know over on our socials here or down in the comments below.