FIFA 21’s career mode has changed from previous years. But what remains the same is the need to hire young players for the future of your team and make them reach their potential. In this list are the best youngsters with up to 21 years of FIFA 21.

Recalling that the new edition of the EA game was released on October 6th. In addition, Xbox One and PS4 players will not need to purchase the game twice if they switch to the new generation. 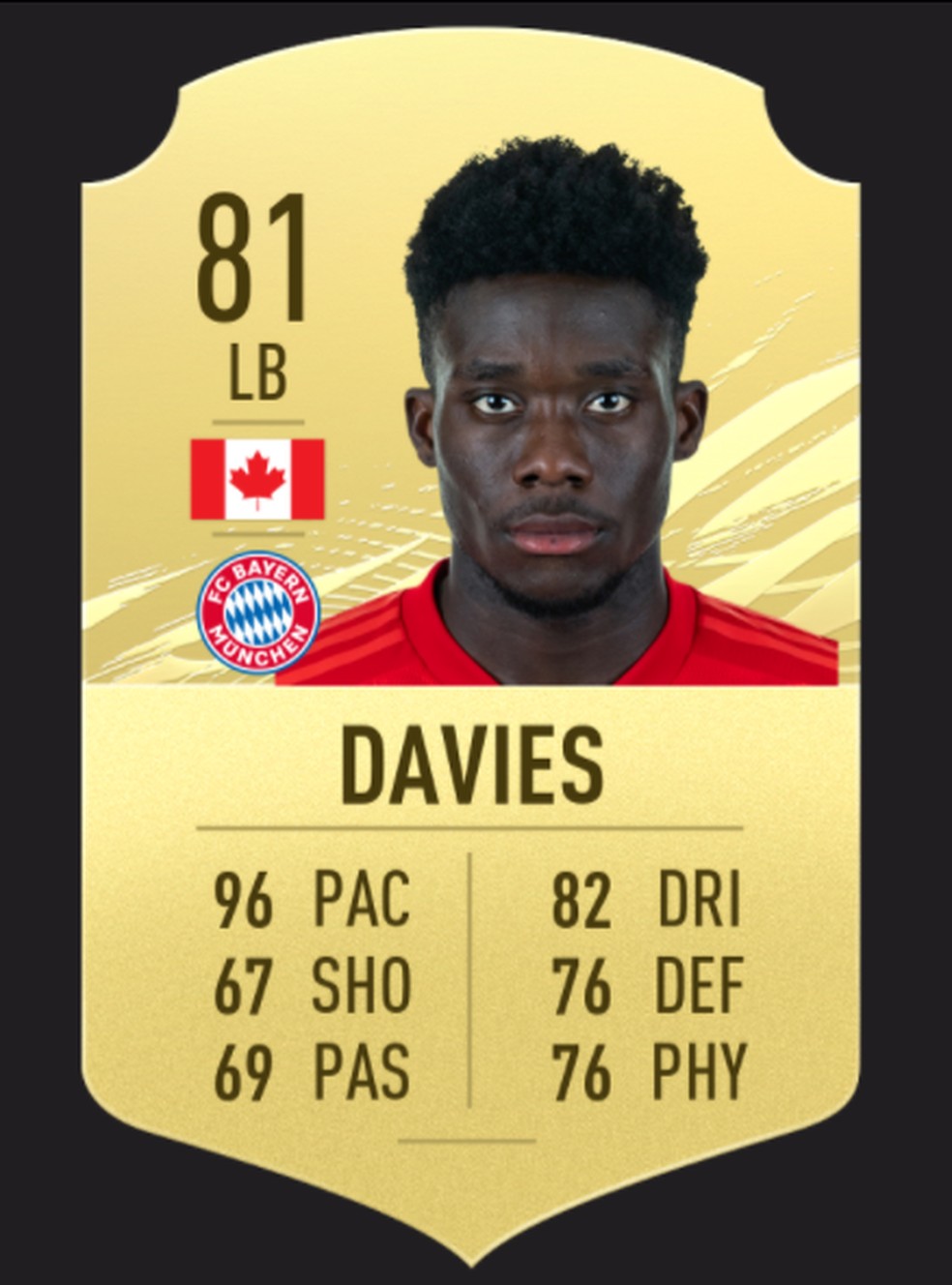 Davies is the fastest player on the list. (Image: EA Sports)

Champions League champion Davies was one of the highlights of the Bayern campaign. During the season he participated in 43 matches, scoring 3 goals and distributing 9 assists.

Not only is it a good option for anyone looking to improve their side as soon as they take over a FIFA club, but it can develop the young Canadian for many years. In addition, he is not only the fastest player on that list, along with another name that will come forward, but also the fastest in the game. 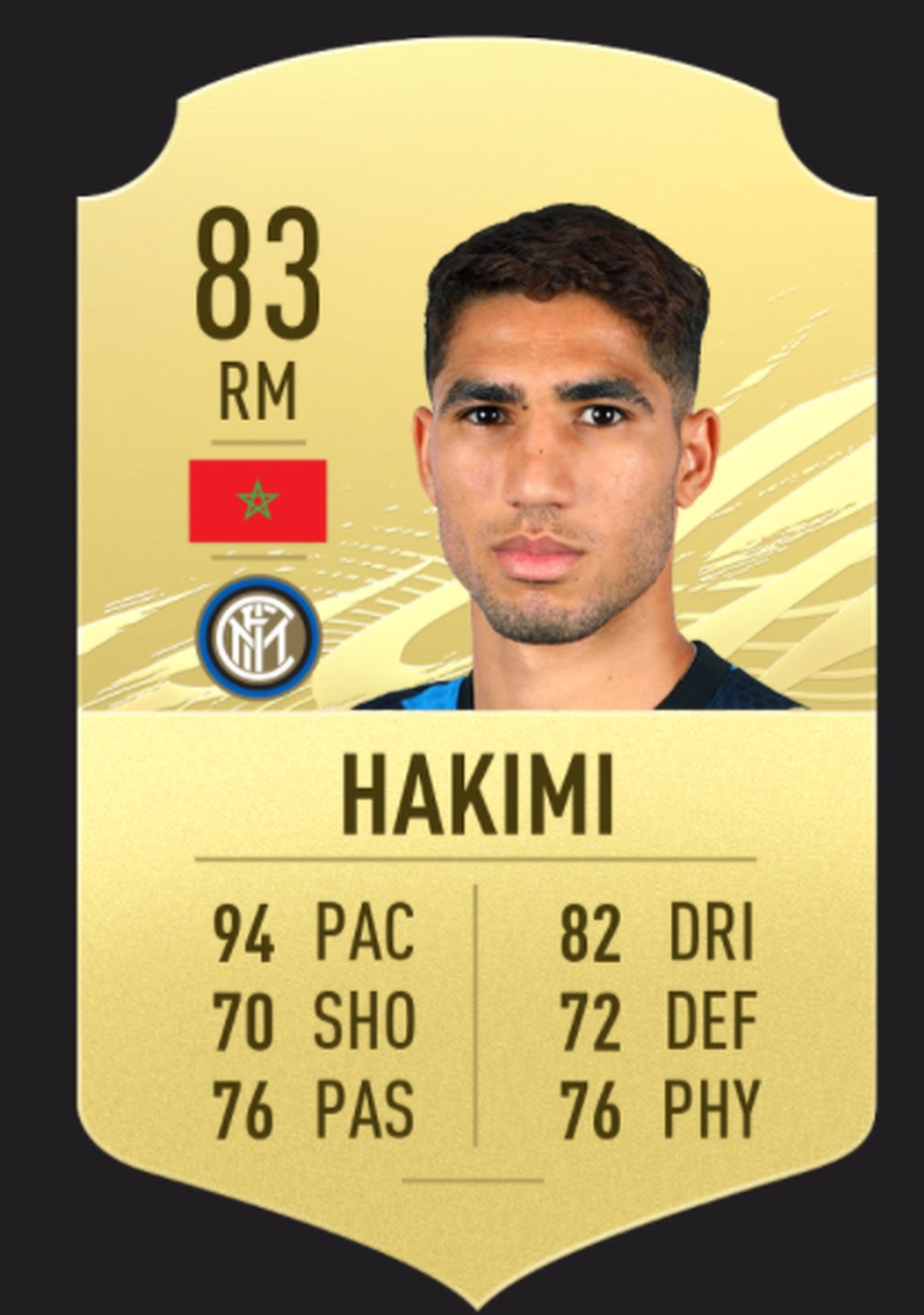 Newly joined Inter Milan, Hakimi started his career at Real Madrid. During the last season he joined Borussia Dortmund. In 2019/20, the midfielder had 45 appearances and scored 9 goals, along with 10 assists.

Like Davies, his best quality is speed, 94, and the worst is kicking 70. It may be difficult to sign him now, as he recently joined the team, but it is good to monitor the young Moroccan for the future. 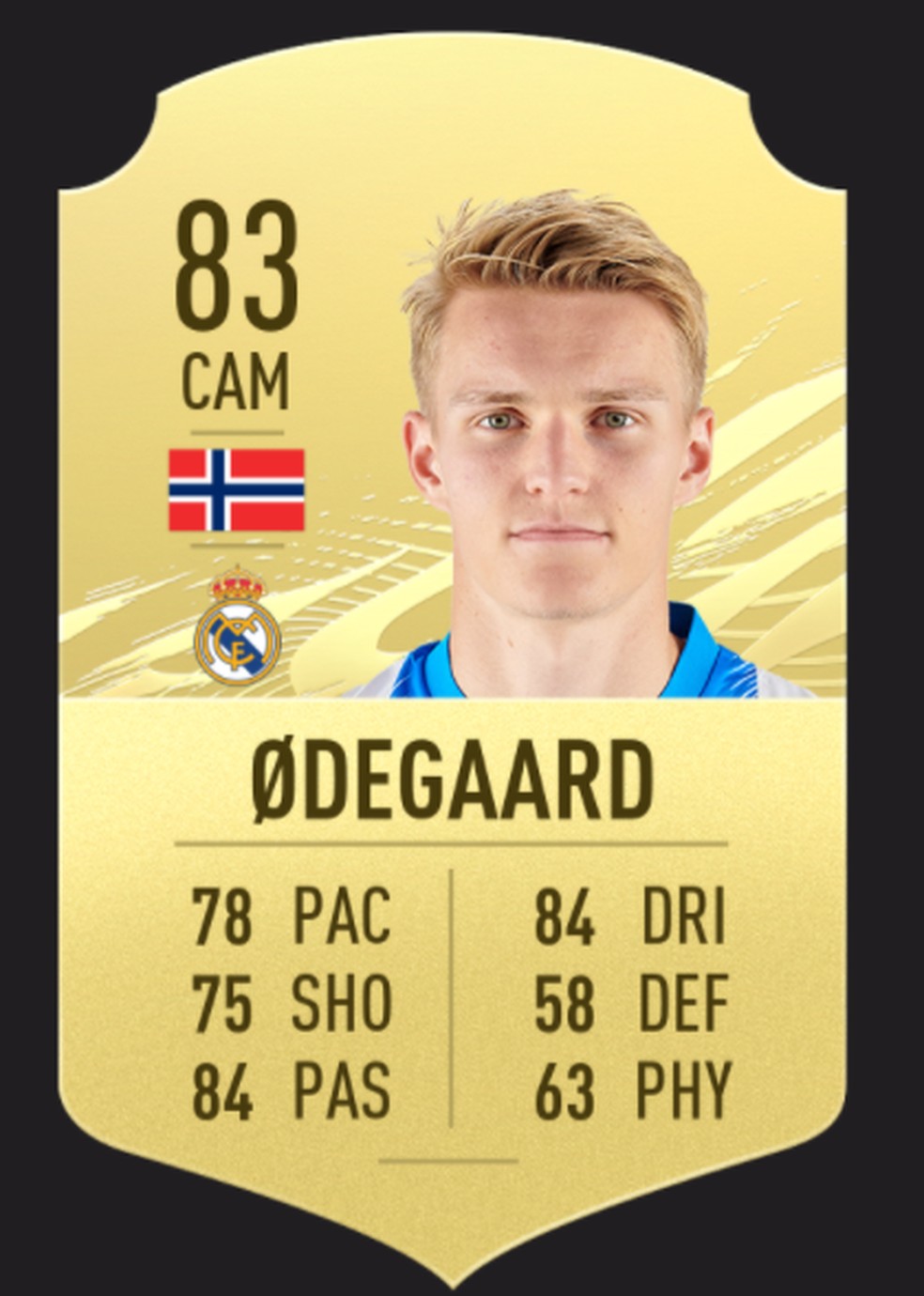 Odegaard is a good point guard, with 84 passing and dribbling. (Image: EA Sports)

After being loaned to several clubs, perhaps this is the season that Odegaard is used to at Real Madrid. The Norwegian returned from Real Sociedad after 36 games, 7 goals and 9 assists.

Despite defensive deficiency, Odegaard is a good point guard, with 84 passing and dribbling. Making him the option to articulate the attack, as well as the more stuffed squad of Real allow him to hire more easily than others on the list. 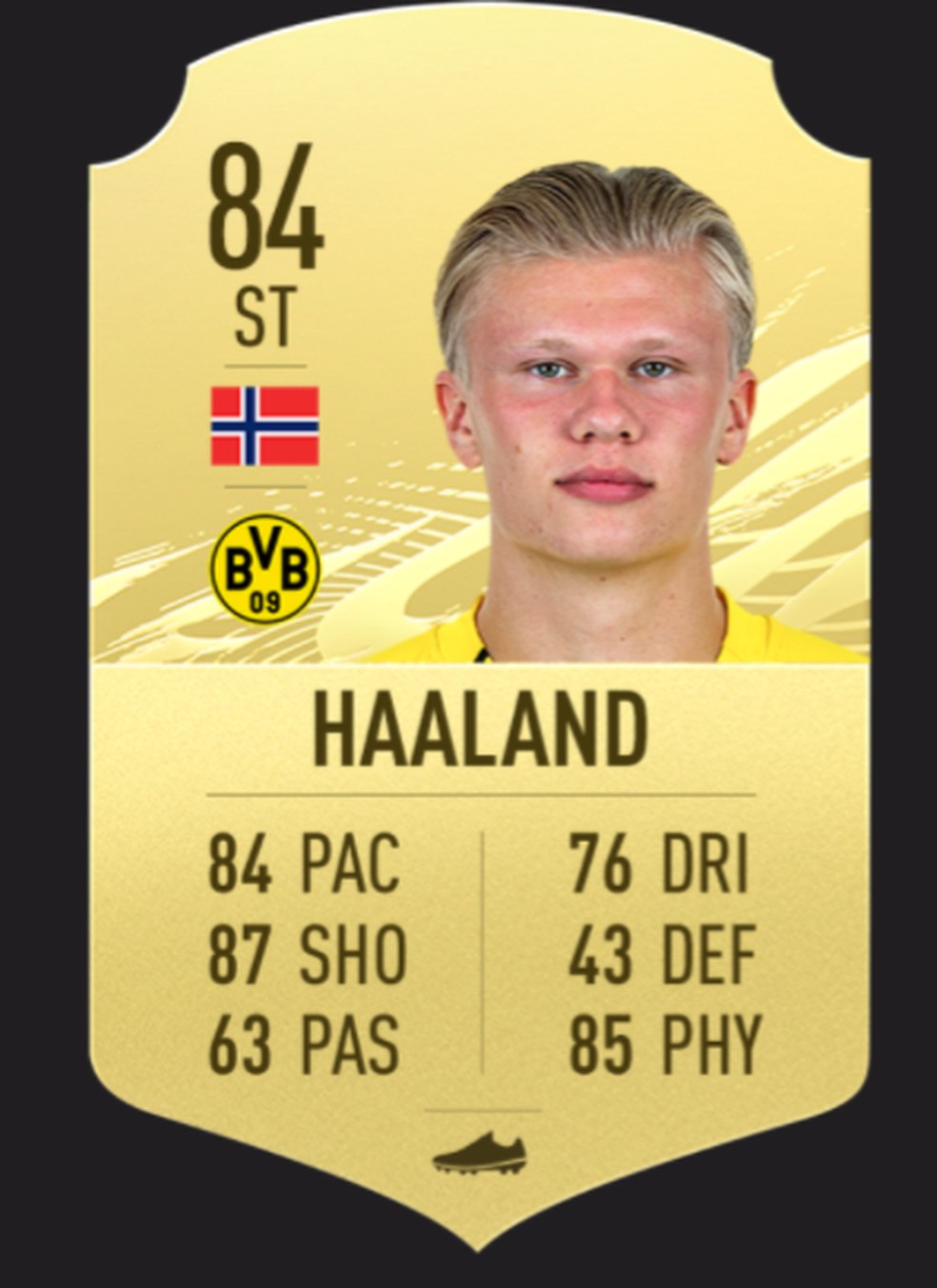 Haaland has the potential to be one of the best strikers in FIFA 21. (Image: EA Sports)

Haaland played for two teams last season, for Borussia Dortmund and RB Salzburg. In both teams the striker was able to find the networks. He finished with 29 goals in 29 matches, along with 6 assists.

With numbers like that, it was expected that his finishing capacity would be high, 87. Anyone who wants to take the Norwegian player out of Dortmund will have to be prepared to spend. Haaland has the potential to be one of the best strikers in the game. 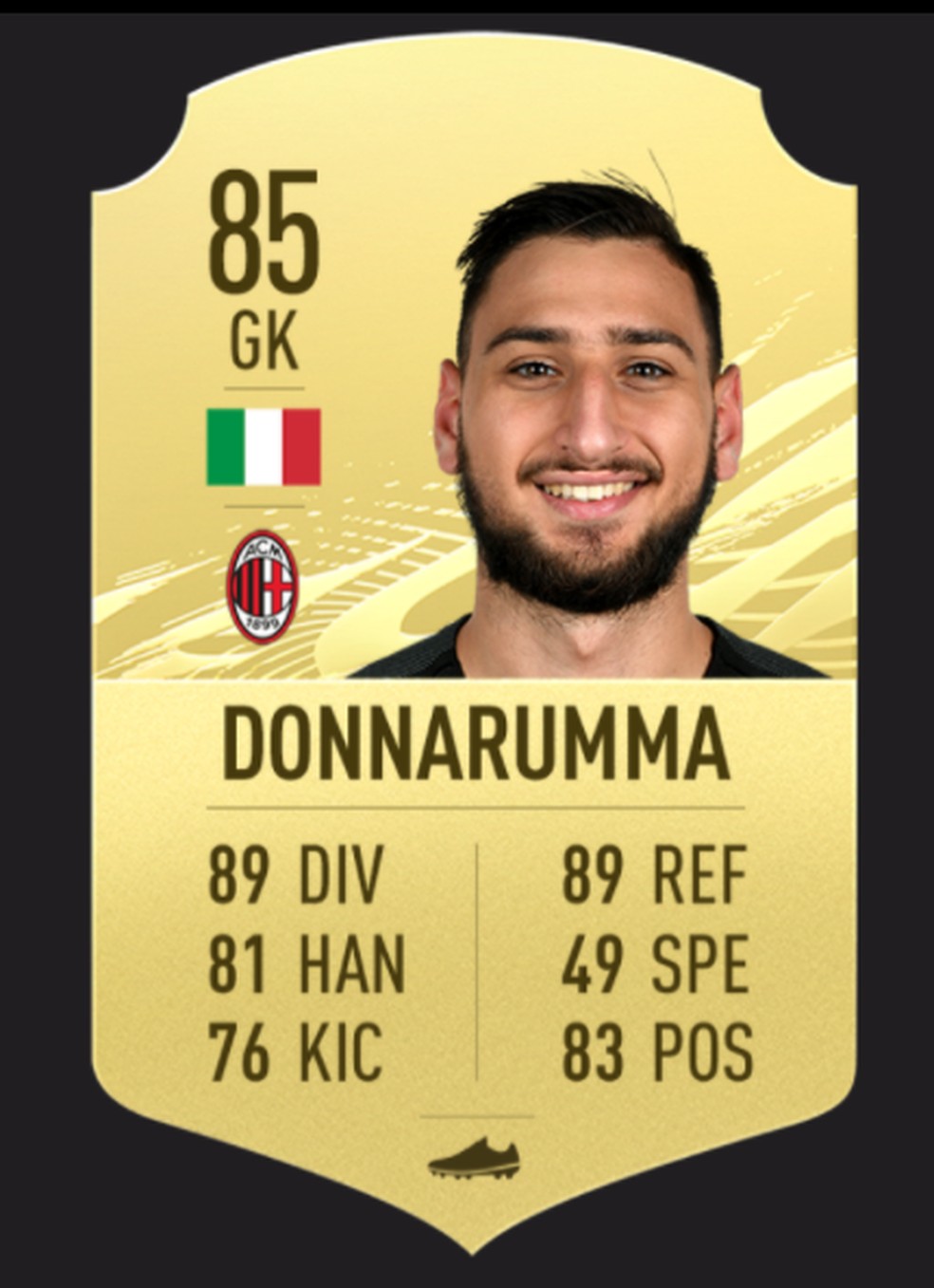 He has been a Milan starter since the age of 16 and maintained that trend in FIFA 21. (Image: EA Sports)

Despite his young age, 21, he has been a Milan starter since he was 16 and maintained that trend in 2020. Even without having played a Champions League in his career, he has already proved himself a good goalkeeper and his biggest difficulties come from the current state of the club. Since joining FIFA, it has consistently been one of the biggest promises for anyone playing the career mode. 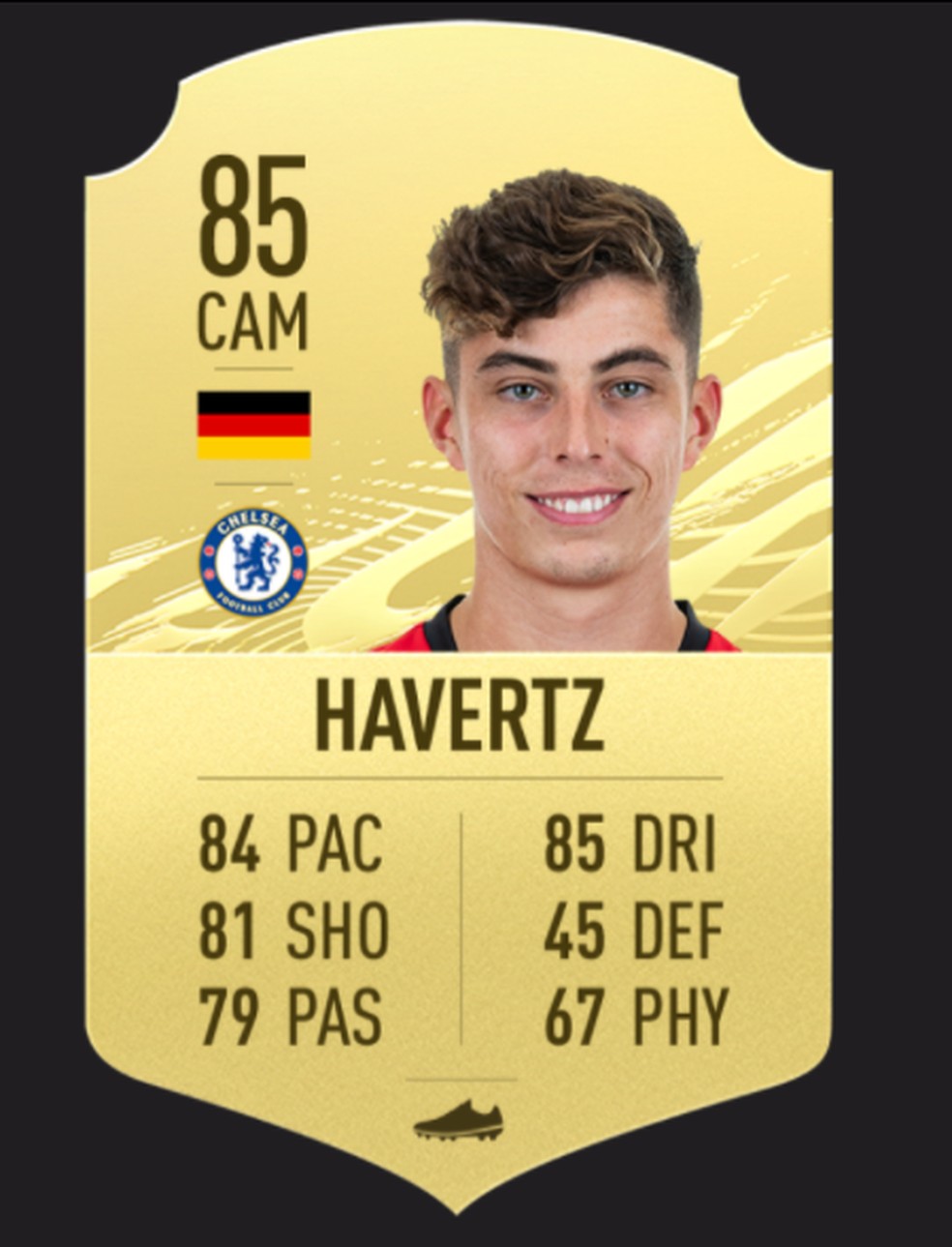 Havertz is a great option in FIFA 21. (Image: EA Sports)

Now at Chelsea, Havertz played for Leverkusen in 2019/20 and with the German team he scored 18 times and had 9 goal passes in 45 matches. He is not exceptional in anything specifically, but he has good dribbling (85) and good speed (84). Like Hakimi, getting him out of Chelsea shouldn’t be easy, but his monitor developed for the next few years is important. 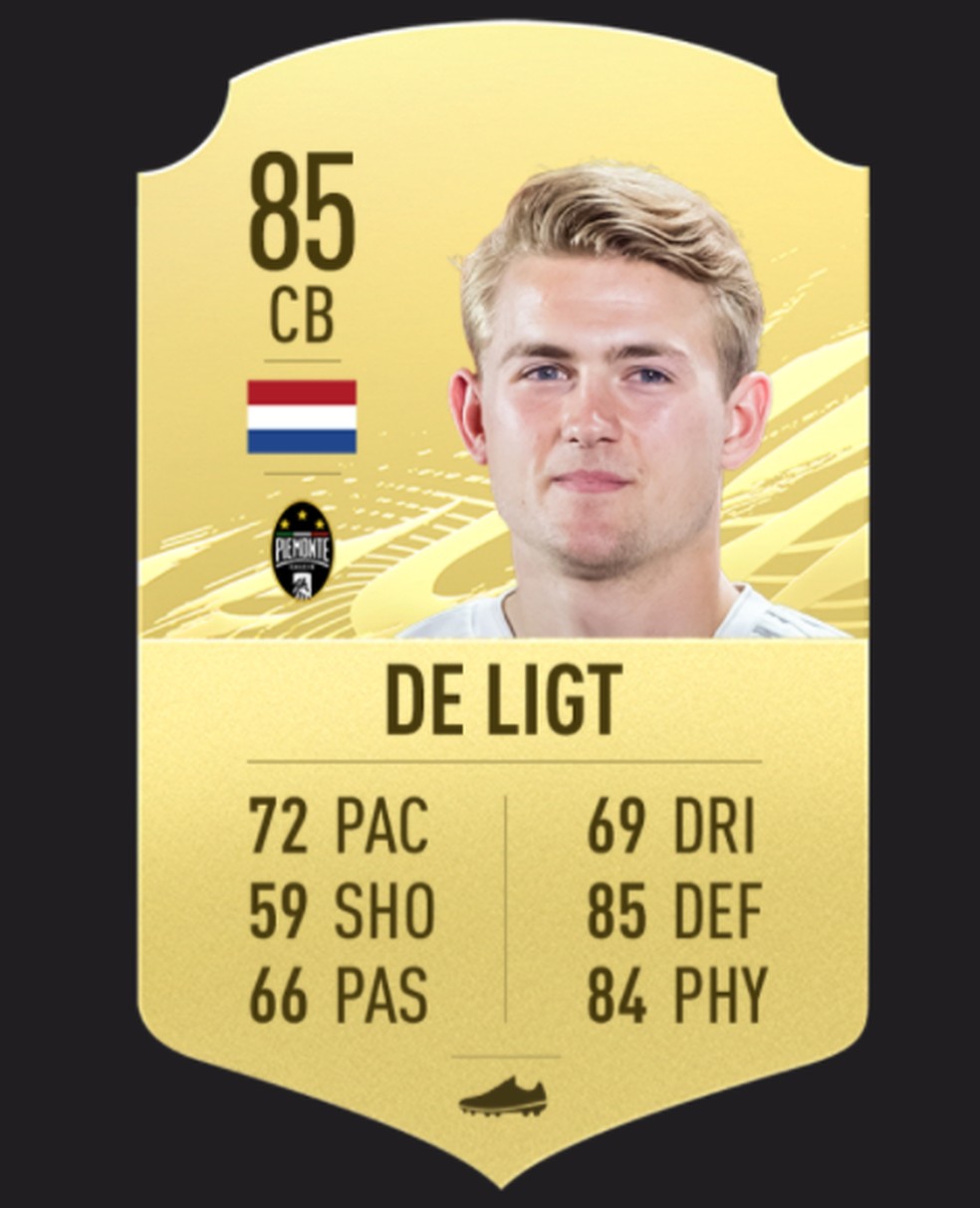 Taking the Dutchman out of Italy must be just as expensive in FIFA 21. (Image: EA Sports)

A great promise for Dutch football. The defender arrived at Juventus last season and soon became the team’s starter. He arrived at the club with high value and justified this with his performance on the pitch. Being one of the main highlights of Juventus, however, taking the Dutchman out of Italy must be just as expensive, since he is only 21 years old. 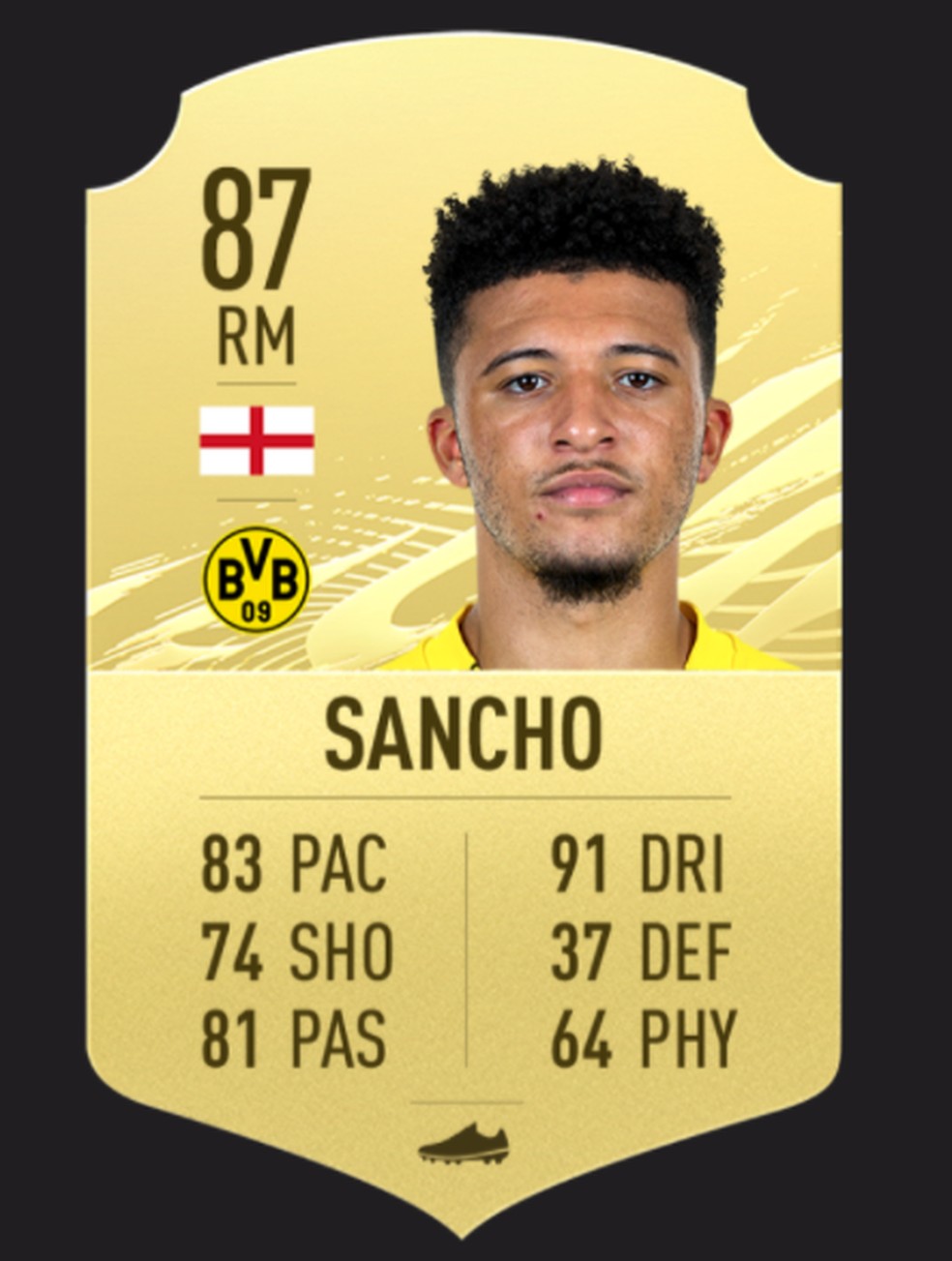 Sancho had the best year of his career by scoring 20 goals and 19 assists over his 44 appearances. (Image: EA Sports)

Another player related to Dortmund, Sancho had the best year of his career when he scored 20 goals and 19 assists. All this during its 44 appearances. He was in the top 2 of the Bundesliga in several categories related to the creation of plays. Which makes 81 in passing seem low, but he is one of the best dribblers in the game with 91. 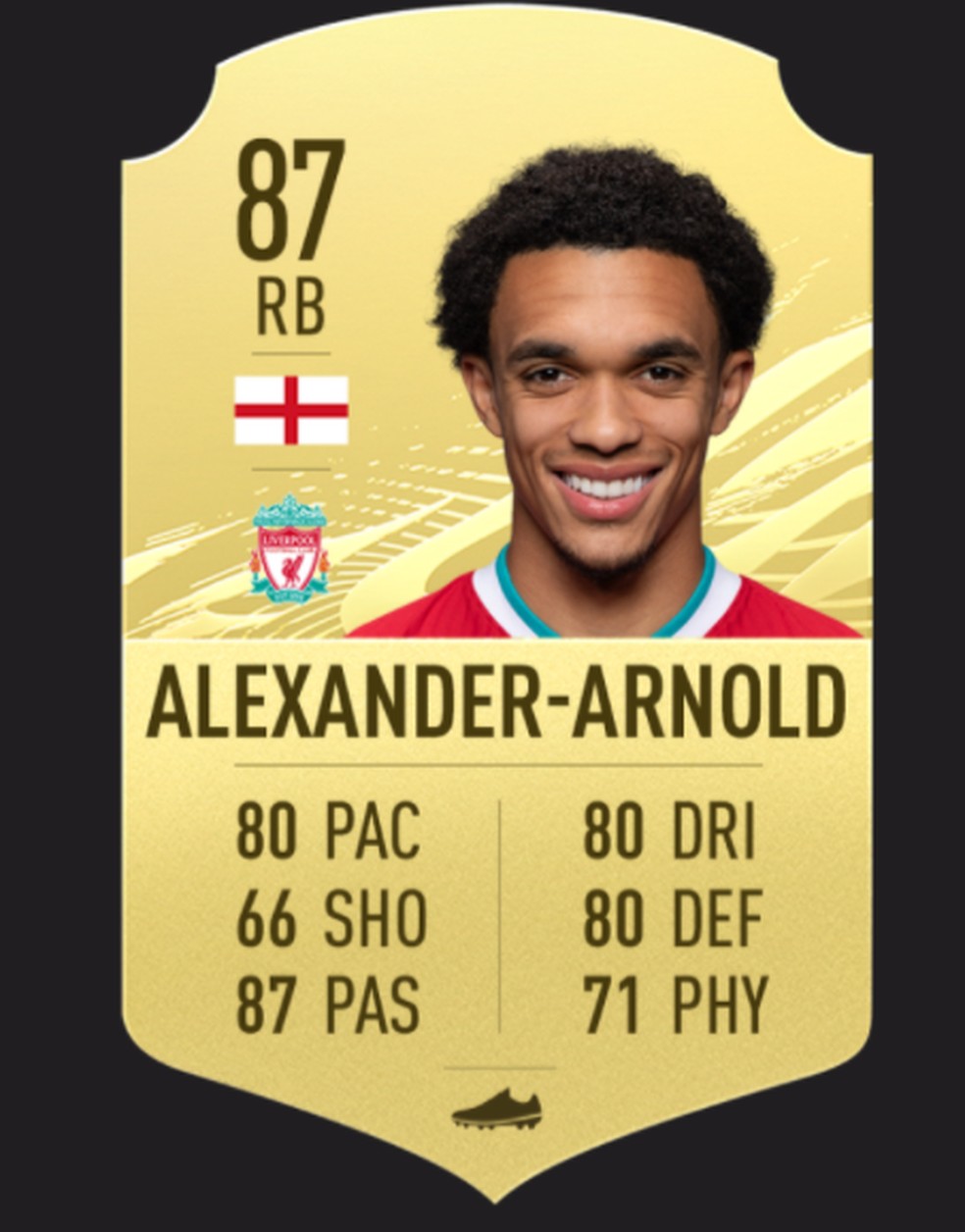 Arnold is one of the best “waiters” in the Premier League. (Image: EA Sports)

One of the best “waiters” in the Premier League. Arnold had 13 assists during Liverpool’s winning campaign and was second only to Manchester City’s Kevin De Bruyne.

As is expected, the best attribute of the full-back is his pass, 87, and the worst is his submission with 66. Throughout all Liverpool competitions, Arnold had 4 goals. If you decide for the young Liverpool side, you will win a great passer to complement the midfield. 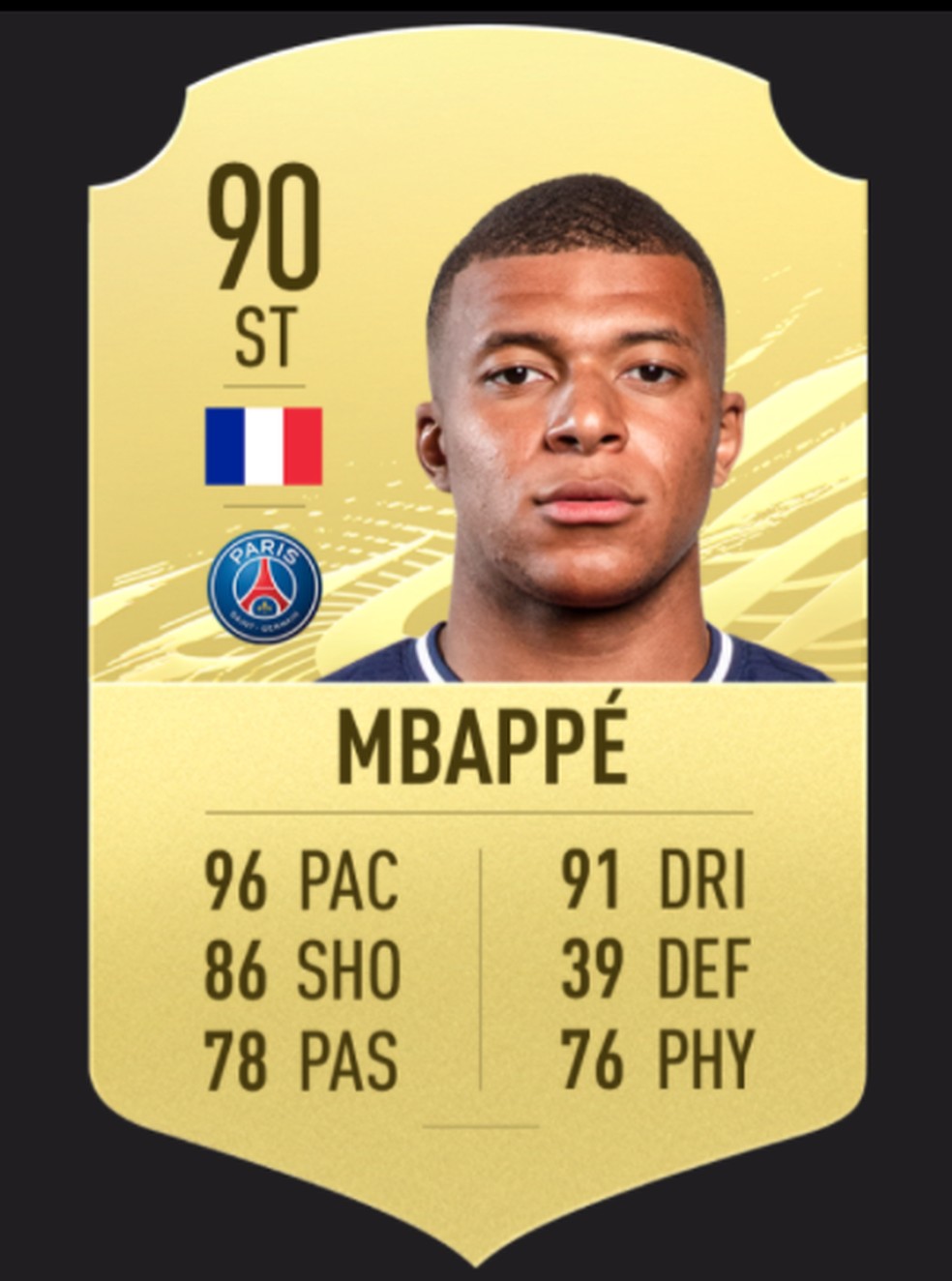 Considered one of the best in the world, Mbappé also tops the list of FIFA’s best youngsters. His 30 goals and 14 assists in 37 corroborate this idea.

Known for his speed, he got 96 that year and 91 dribbles to keep up. The defense, 39, was its only weakness. For those who want to count on Mbappé’s talents, it won’t be cheap to get the young French star.

What is Overwatch? – Everything You Need to Know