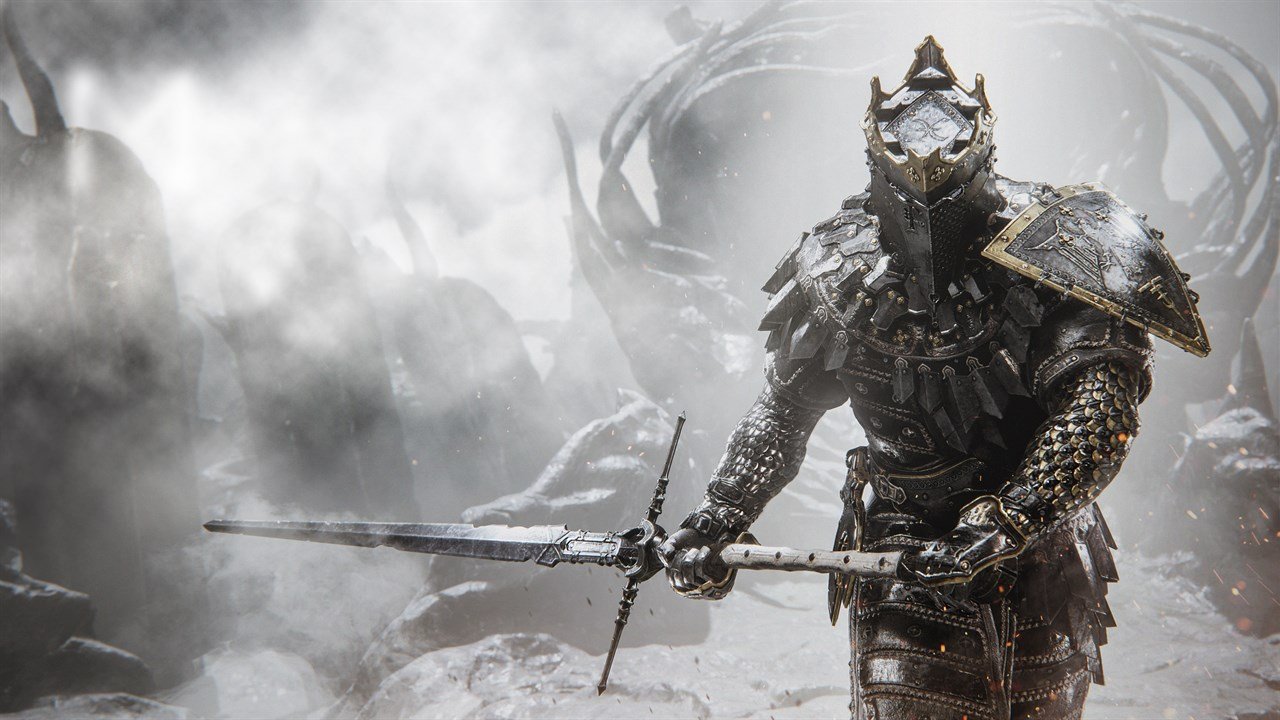 Mortal Shell is a vigorously entertaining, albeit unforgivingly tough-as-nails third-person action game in which you immerse yourself in a dark and dreary world that’s equally as ruthless as it is effortlessly captivating. Its battles, which typically culminate in a deadly duel with some of the world’s most ferocious beasts and entities, are what give the popular IP that little extra oomph. And naturally, it’s that oomph that so many fans aim to relocate after mopping up the rough-and-ready ten-hour campaign in Mortal Shell.

Well, the good news is, Mortal Shell isn’t the only product that has all the bells and whistles needed to constitute a full-fledged, action-obsessed extravaganza of a video game. As it turns out, there are actually quite a number of action games that play on all the same chords. Just take these five, for example.

Nioh has kept its spot on the pedestal as one of the most noteworthy action IPs in existence for one reason: its absurdly difficult yet surprisingly rewarding battles. As one of the most physically and mechanically demanding games on the block, it certainly gives the likes of Mortal Shell a run for its money, as well as budding action fans an incentive to get lost in yet another whirlwind adventure.

Nioh transports you to the world of William Adams, an Irish sailor-turned-samurai in 1600s Japan. With notorious sorcerer Edward Kelley threatening to bring a new age of war on the Sengoku period, you must pursue the villain to the far ends of the earth, doing all in your power to not only remove the thorn, but unify Japan and restore balance to a broken land.

4. Remnant: From the Ashes

Remnant: From the Ashes is far more of a third-person shooter than a sword-based dueling simulator, much like what Mortal Shell goes above and beyond to encapsulate. And yet, in spite of its weapon choices being the polar opposite, its gameplay is still surprisingly similar—most notably in scenes that involve towering bosses and intensive battles.

Remnant: From the Ashes follows the tale of a lone wolf—a survivor, even, lost in a post-apocalyptic world that’s overrun with an interdimensional evil known as the Root. In a bid to put an end to said evil, the survivor swears to travel to an island, a monolith in which locals believe is the epicenter of the invasion. But to get to the inner circle of the Root, however, the survivor must tread the most dangerous waters left on earth.

It makes sense that a game of such high calibre would secure a spot on this list, given its niche being complex combat and trial-and-error gameplay. Needless to say that fans of Mortal Shell will find comfort in The Lands Between, a whimsical yet fractured world in which the dead roam aimlessly and the beasts of yesterday hark from the inner sanctums of the dungeons below.

Elden Ring isn’t for the fainthearted, nor is it built to withstand players who’d much rather shell out hours in beginner-friendly sandbox games than The Lands Between, an open world that’s a far cry from kind and forgiving. Persevere, though, and Elden Ring can wind up being the best game you’ll ever play; so long as you don’t mind getting your knuckles bloody and your patience tested.

Another FromSoftware favorite that dabbles in all the same elements as Mortal Shell is Sekiro: Shadows Die Twice, a samurai-themed Soulslike that goes all out to make its world equally, if not slightly more immersive than the vast majority of generic Souls lookalikes. At its heart, it’s a relentlessly difficult action game that favors mostly close-quarters melee combat, a lot of which features brutally tough armored enemies and advanced gameplay mechanics. Dig a little deeper, though, and you’ll find a whole lot more than flashy mechanics and next-level AI.

In Sekiro: Shadows Die Twice, you fill the shoes of a shinobi warrior named Wolf, whose sole purpose is to protect a young lord who was ultimately cast out and left for dead. With the Ashima Empire on the verge of collapse under the pressure of its enemies, you must stand tall as one of Japan’s remaining bastions of hope—a warrior that relies on traditions, but also has the power to shape a new future by the sword. Attaining such a monument feat won’t come easy, mind you, what with most of Japan having just about every tool at its disposal. Even still, if you’re up for the fight, then look no further.

If you’re more inclined to play games that cater to both puzzles and in-your-face combat, then God of War is an absolute essential purchase. And what’s more, it’s also one of the best exclusives on PlayStation, which alone makes it well worth the price tag. And while it may not be as mechanically strict or overwhelming as Mortal Shell, there is still a whole lot of meat to be found in and around the Ragnarök period. Plus, as far as solid story-driven games go, you’ll struggle to find anything that comes anywhere as close to perfection as Santa Monica Studios’ multi-award-winning franchise.

God of War serves as a soft reboot of the highly acclaimed hack and slash series that paved the way for the button-mashing community many, many years ago. Now armed with an open world, a refined combat system, and a plethora of quests and content, the 2018 revival brings the heat as one of the biggest and most ambitious blockbuster hits to date. Is it Mortal Shell? Not at all. But then, it doesn’t need to be, either.

So, what’s your take? Do you agree with our top five? Are there any games like Mortal Shell you would recommend playing? Let us know over on our socials here or down in the comments below.

5 Most Anticipated Soulslike Games Coming Out in 2023