Despite the popular belief that land-based casinos (or brick-and-mortar casinos, as they are also known) are losing their relevance in favor of online gambling platforms, this could not be further from the truth. In fact, land-based casinos are thriving, and for a good reason: Only land-based casinos can offer that classic casino experience. There are still thousands of them around the world, and they see massive amounts of money pass through them every day.

In fact, some of them have grown to be massive megacasinos over the years, with impressive size, beautiful decor, and a mindblowing number of games. Not to mention that they also offer hotels, restaurants, non-gambling game rooms, bars, swimming pools, spas, and countless other things to make themselves interesting to entire families. In fact, let’s take a look at some of the world’s best and largest casinos in the world, and what they have to offer.

1. The Hippodrome Casino in London, England 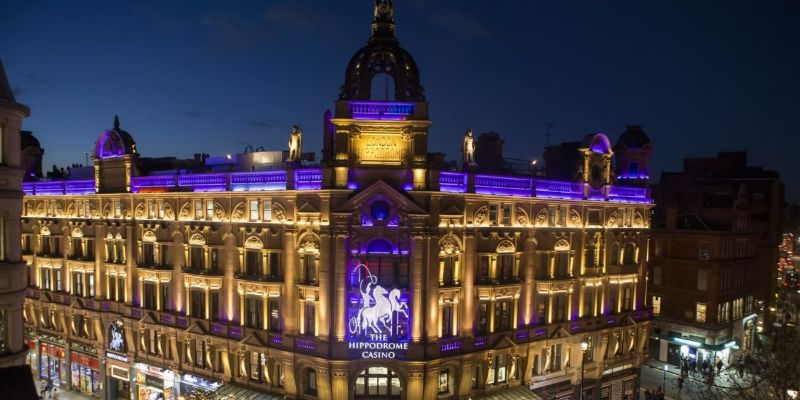 The first on the list is the Hippodrome Casino, located in London, England. This is one of the best-known casinos in the world, and it was built over a century ago, in 1900. Back then, it was actually opened to serve as a performance center. However, it has been repurposed a few times over the course of the next 122 years, Today, it is a massive casino with a unique atmosphere and tons of visitors every day.

The Hippodrome is also a popular place for watching the NFL. It offers five floors filled with games of all kinds, including a floor that is dedicated to poker only. It has a multi-award-winning stake house, Magic Mike Live theatre that can accommodate over 320 people, eight bars, an outdoor terrace, and more.

Covering 75,000 square feet, this is not the largest casino in the world, but it is one of the best and most luxurious ones, which makes it one of the top locations to visit for gamblers of London, as well as visitors to the city who enjoy casino games.

2. Mohegan Sun in Connecticut, US 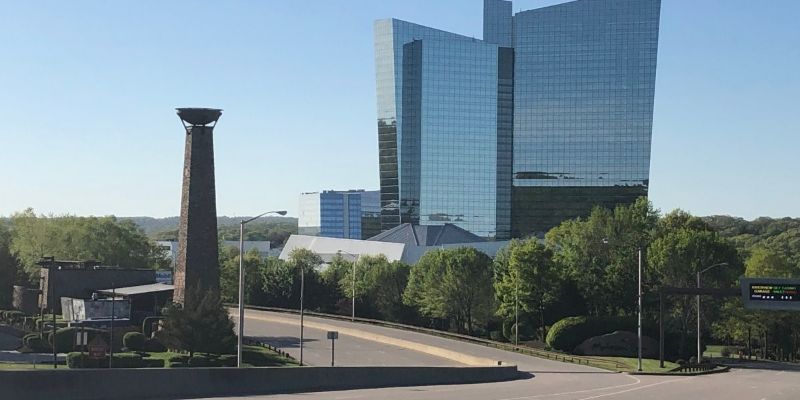 Moving on, we have the Mohegan Sun, located in Uncasville, Connecticut. Covering around 364,000 square feet, this is one of the largest casinos in the United States. It was built in 1996, so at this point, it is a little over 25 years old. It is operated by the Mohegan Tribe, and over its 26 years of existence, it went through three major renovations. These days, it features thousands of gaming machines — specifically, around 6,500 slots and other machines — plus around 377 tables for other games on top of that.

It also features 45 restaurants, bars, lounges, and more, with a 130,000 square-foot shopping area and even a planetarium-like dome made up of 12,000 plates of onyx that were fused into glass in Italy and then transported here. In addition to that, the resort to which the casino belongs is home to two professional sports teams — a WNBA team called the Connecticut Sun and the National Lacrosse League’s team known as New England Black Wolves. All in all, if you are in the area, visiting the Mohegan Sun Casino is a must. 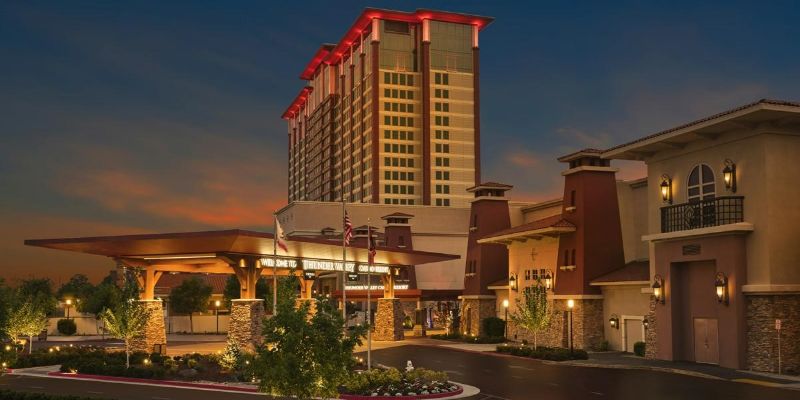 In the third spot, we have another US casino, only this one is located in Lincoln, California. The casino is almost 20 years old, as it was built in 2003, and it is owned and operated by the united Auburn Indian Community. You can reach it very easily by heading north of Sacramento, as it is located only 30 miles outside of the city.

The casino was built in Vegas style, which is no coincidence. It was created by a Las Vegas-based designer, and until 2010, it was actually managed by Station Casinos. With 275,000 square feet as its surface, the casino is capable of offering over 3,400 games and slot machines, with 125 table games on top of that, plus separate poker tables in addition.

After it was acquired by the Auburn Indian Community, the casino saw an expansion that joined a luxury hotel featuring over 400 rooms, a top-class spa, and a health club. Apart from that, it has 14 restaurants and bars, and a famous 18-hole golf course, The Whitney Oaks Golf Club. 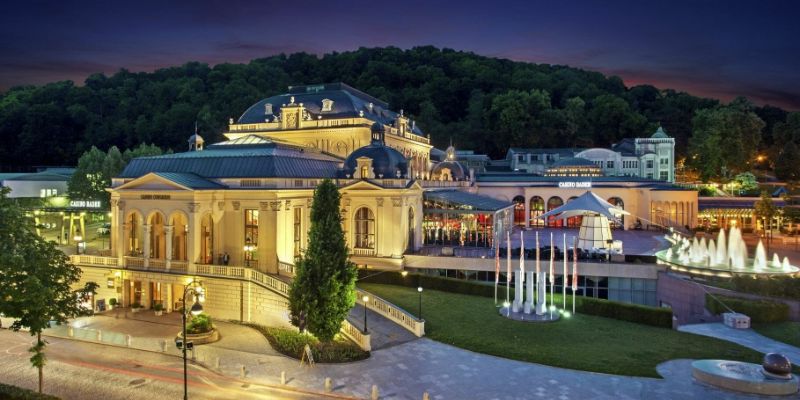 Next, we have a casino known as Baden-Baden. It is located in Baden, Germany, where it has been one of the most visited casinos in the country ever since it was built in 1824. Baden-Baden is a classic European casino that has operated for nearly two full centuries. It witnessed the country at its highest and its lowest, and it even became an international hit after France decided to outlaw gambling, and countless French gamblers crossed the border to play their favorite games in neighboring Germany.

Baden itself is a beautiful old spa town located in the Black Forest region, so the casino fits in quite well in this environment. Being a beautiful establishment on the inside and outside alike, it features blackjack and roulette tables, elegant poker rooms, and over 130 slots. Its focus is quite clearly on aesthetics and quality rather than quantity, and it provides a memorable experience for all who choose to visit. 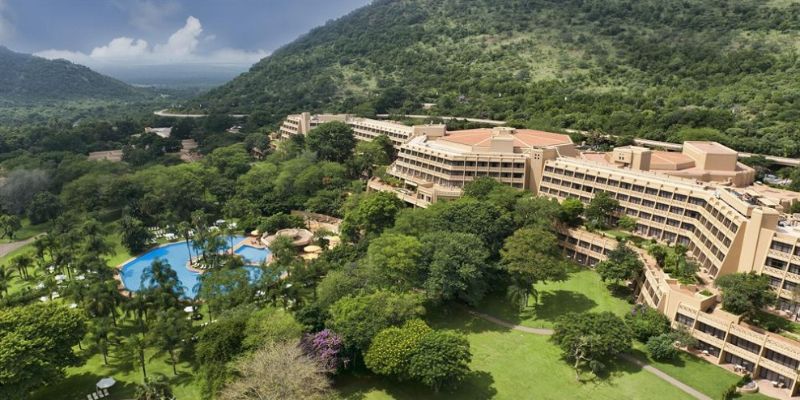 Halfway down the list, we have the Sun City Resort, located in Rustenburg, South Africa. This is one of the best-known gambling locations in this part of the world, and it is frequently visited by travelers and locals alike. A big reason for this is the fact that this is more a resort than an actual casino. But, even so, it contains quite a sizable and memorable gaming space, filled with exciting casino games and an excellent atmosphere that makes it well worth a visit.

In total, the establishment covers around 125,000 square feet dedicated to gambling alone. There are around 825 slots, as well as 35 different table games. As part of the complex, you will also find five hotels, high-class bars and restaurants, and if you are a fan of golf — you will be happy to know that the resort also features two 18-hole golf courses. It is a great location for individual gamblers but also for a family vacation.

While it is definitely not the only place of beauty worth visiting in South Africa, it should still find its way onto your bucket list if you are looking for a fun place to spend some time and money. 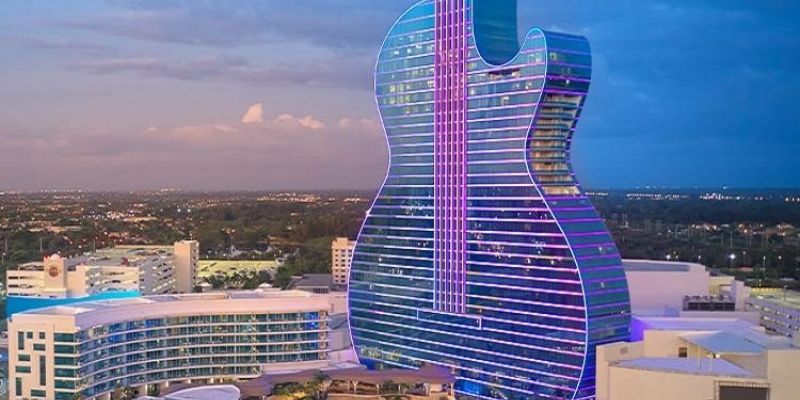 Moving on, we have one of the most visually impressive casinos on the list. We are, of course, talking about the Seminole Hard Rock Hotel & Casino located in Tampa, Florida. If you look at the photo above, you will immediately see why we say that it is the most visually impressive. The casino features a building in the shape of an acoustic guitar, which is definitely something that you do not see every day.

Needless to say, the entire location is inspired by music — specifically, hard rock, but also other kinds of music, in general. This is another tribal casino in the US, owned and operated by the Seminole Tribe of Florida, and it is the largest casino in the state, covering around 245,000 square feet. The interior of the casino is just as impressive as the exterior, with song lyrics adorning the walls, while songs can be heard throughout the establishment, and music videos can be seen on screens that are located all over the place. One of them can even be found inside the waterfall.

The casino is fairly young compared to some on this list, as it was built in 2004. It has over 5,000 slots and other machine-type games, plus 46 poker tables and 200 more tables dedicated to other games. It allows smoking on the inside, but it also has a 26,000-square-foot smoke-free area, where you can find high-limit slots and plenty of table games.

7. The Empire in London, England 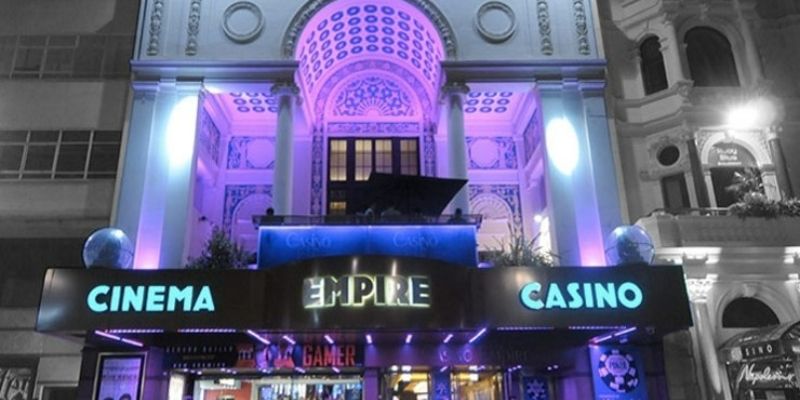 Moving back to London, England, the city is actually home to another highly impressive casino, apart from The Hippodrome. We are, of course, talking about The Empire Casino. This is a gambling establishment that opened in 2007, and it wasn’t long before it started hitting top casino lists, such as this one.

The casino is not as gigantic as some on our list, but it definitely makes up for the size with the number of games. In total, it has more than 5,000 f them waiting to be played, which mostly includes highly popular slots, table games, and even a half-mile harness racing track.

The Empire Casino also has a poker room that regularly hosts big World Series of Poker, so it is quite a popular location for visitors and local gamblers alike. All in all, the casino is very luxurious and extremely popular, so if you find yourself in the area, definitely check it out. 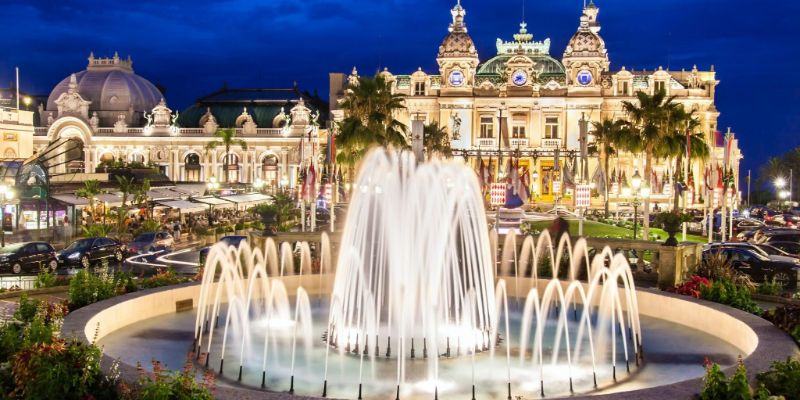 Moving on, we have Casino de Monte Carlo, located in Monte Carlo, Monaco. In case you did not know, Monaco has grown into a place with quite a sophisticated and glamorous nightlife. A popular location for the wealthy, the small country has an extremely European feel to it, and the Casino de Monte Carlo can definitely be considered to be its crown jewel, at least in the eyes of a gambler.

The casino features Belle Epoque architecture and ornate decorations, and we can say that it is, without a doubt, the most luxurious place to gamble in the entire world. This particular casino is primarily a playground for millionaires and billionaires. It features a vast array of table games, including private gambling rooms for the high rollers.

9. The Venetian in Macau, China 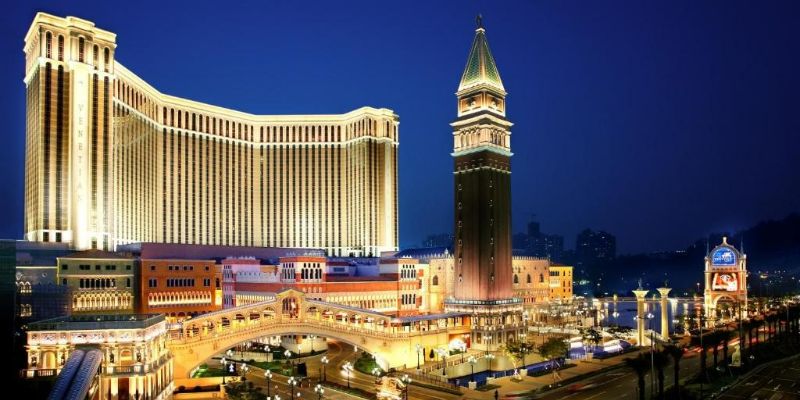 Nearing the end of our list, we have The Venetian, which is, despite the name, actually located in Macau, China. This is the largest casino in the world, featuring more than 530,000 square feet of casino floor, split into four vast and significantly different gaming areas. Each of them has its own theme, to the point where moving from one to the other feels like switching entire casinos.

The casino is not massive only in its own size, but also in the size of its offering, While there are places with more than its 3,400 slot machines, the establishment offers access to no less than 500 different game tables. It is absolutely enormous, and it can easily be said that it rivals and quite possibly beats anything that Las Vegas has to offer.

The accompanying hotel resort even has its own canal system, which allows visitors to take gondola trips. Simply put, The Venetian is Disney World for gamblers, and if you ever get the opportunity, definitely visit this place.

10. Riverwind Casino in Oklahoma, US 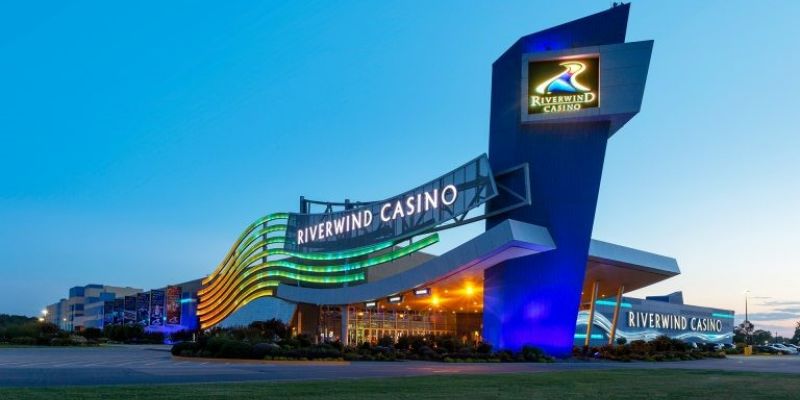 Last, but not least, we have another US casino called Riverwind Casino. Located in Norman, Oklahoma, this casino covers around 287,000 square feet, and it was built in 2006. It is part of the resort that is owned and operated by the Chickasaw Nation of Oklahoma. The casino features around 2,800 slots and other machine-type games, plus 17 poker tables, and 30 more tables for other games.

While it definitely deserves to find itself on the list of the best casinos in the world, some aspects of it are slightly underwhelming. For example, the Reiverwind Hotel, which is a part of the complex, offers only around 100 rooms. But, there is complimentary valet parking, massive off-track betting sites that are accessible five days per week, and it is worth noting that the casino is only a few miles away from the University of Oklahoma, so if you wish to mix sports and casino gambling, this is the place to be.

How NFL Madden and FIFA Dominate the Sports Gaming Market