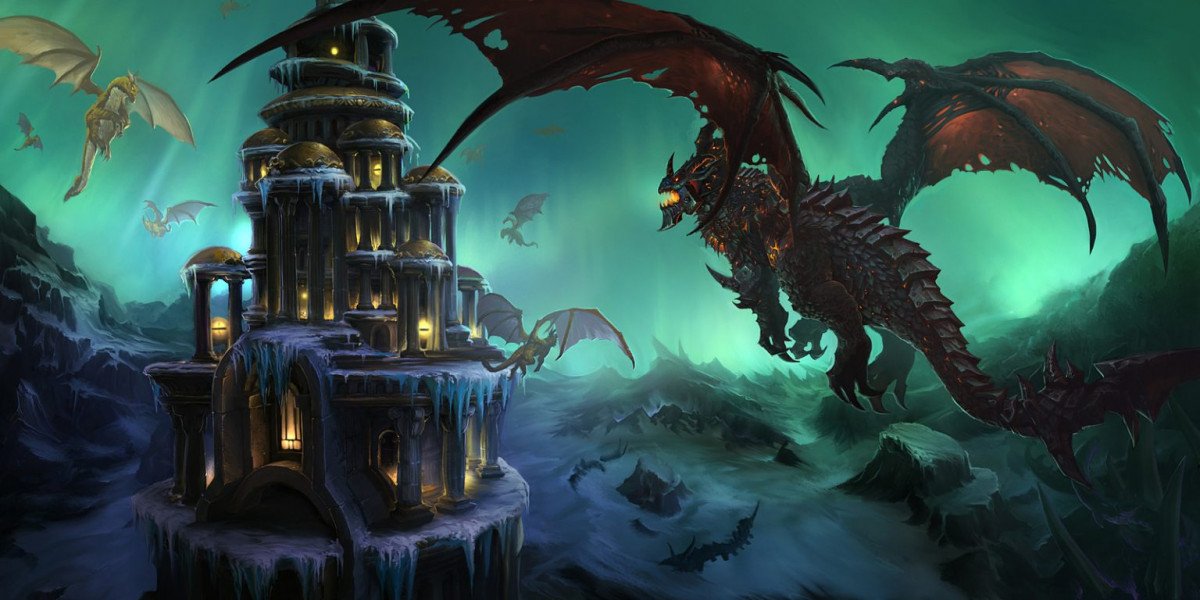 The MMO genre has grown exponentially in the past few years. Whether it is industry titans such as Square Enix’s Final Fantasy XIV or Blizzard’s behemoth World of Warcraft, to more niche titles that have yet to garner the status of the titans of the industry, the MMO genre has shown itself to have a ton of quality titles that players can jump into. However, with worlds of vast scale and depth as well as systems that have been around in some cases for decades, some titles can be as daunting as the raid bosses within them to get into. With that being said, below are our 5 Best MMOs for Beginners. 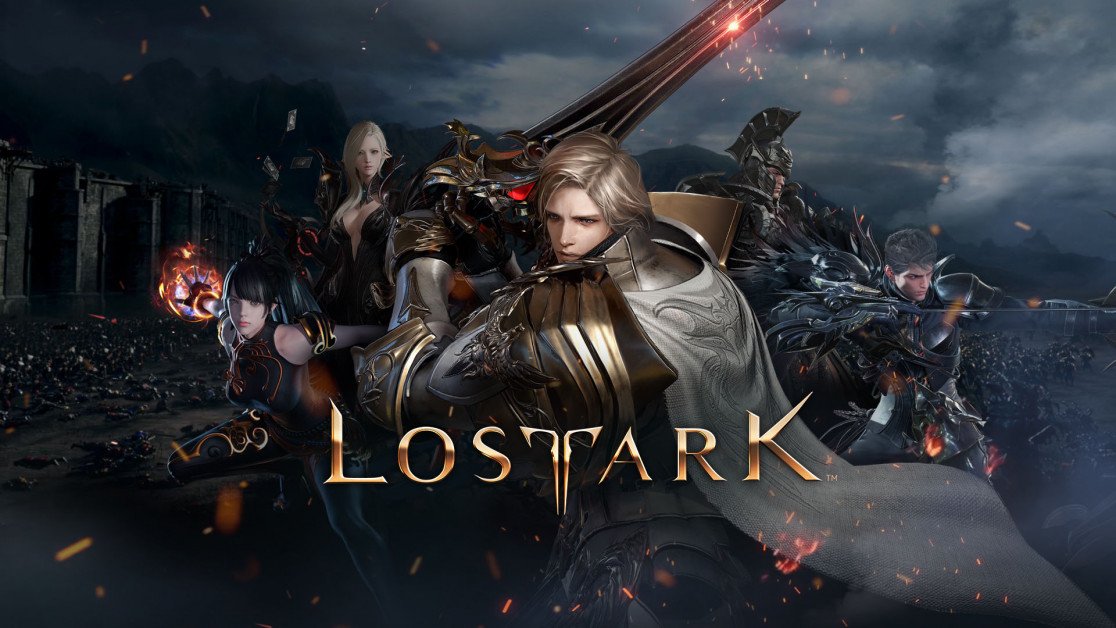 Lost Ark is quite a bit different from the rest of the MMOs on this list. Rather than being a traditional straightforward MMORPG, the gameplay of Lost Ark is more of a top-down ARPG experience similar to games such as Blizzard’s Diablo series. Developed by Tripod Studio and Smilegate RPG, Lost Ark made quite the impression initially upon launch, launching with upwards of 5 million players and growing to over 10  million. The South Korean MMORPG quickly became one of the most played MMOs ever.

Players who are familiar with the loot fountains of games such as the Diablo series will find themselves at home in Lost Ark. With an endgame progression system that allows for players to participate in higher-end content for the weapon or cosmetic rewards. Lost Ark taps into that need for progression within your character, constantly upgrading either their stats or their appearance through armors and various other items. Players who seek a story-rich experience, however, may want to look toward other titles, as Lost Ark certainly provided a great amount of content. The character writing has been described by some to be weak and, overall, not the main focus of the game. 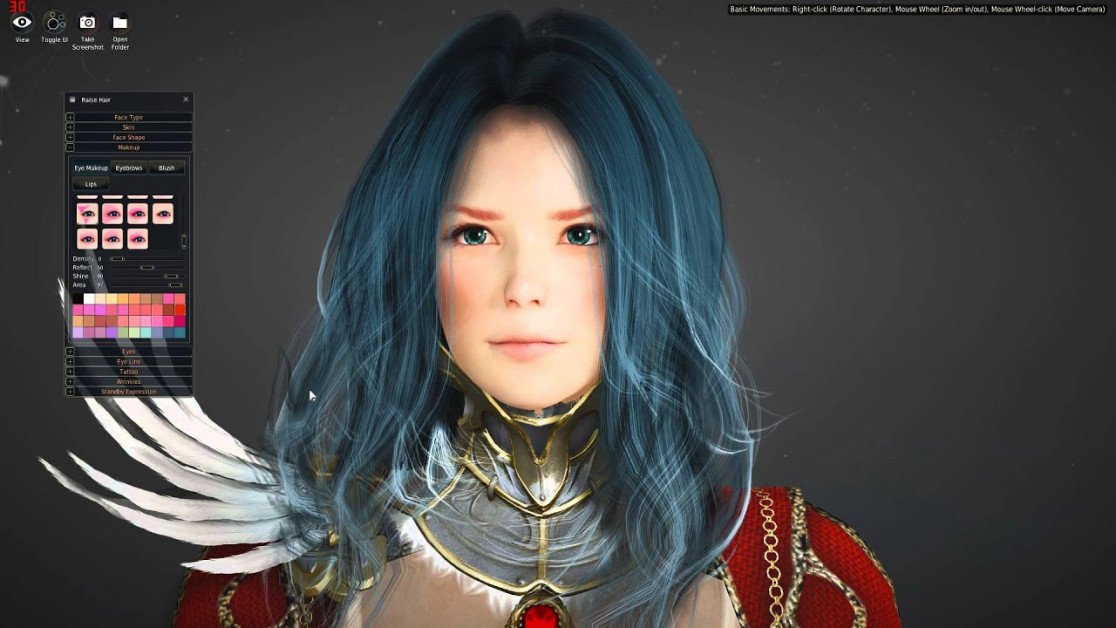 Black Desert Online is a marvel in gameplay animation. As well as an example of knowing how to make stellar combat in an MMORPG. Being an open world with some instanced zones, the graphical fidelity and lived-in feel of Black Desert Online is staggering. Developed and published by Korean studio Pearl Abyss, Black Desert Online was initially released to the Korean market in July of 2015, with an EU and NA release to come in March of the following year. It is true that the Korean version of the game is free with some paid elements.

While the English release of the game is a pay-to-play experience, so new players that wish to get into Black Desert will have a bit of a paywall to bar their entry. This is not an extreme paywall, however, and Black Desert Online can be bought for the price of 20 USD. The game also will frequently go on sale for half price. With some of the easiest-to-understand combat as well as fluid animations. Black Desert Online stands unmatched in its gameplay feel. Cosmetics are also huge in Black Desert Online, making it so the players who want to put time into how their character looks may easily do so. All in all, Black Desert Online is one of the finest MMO experiences. 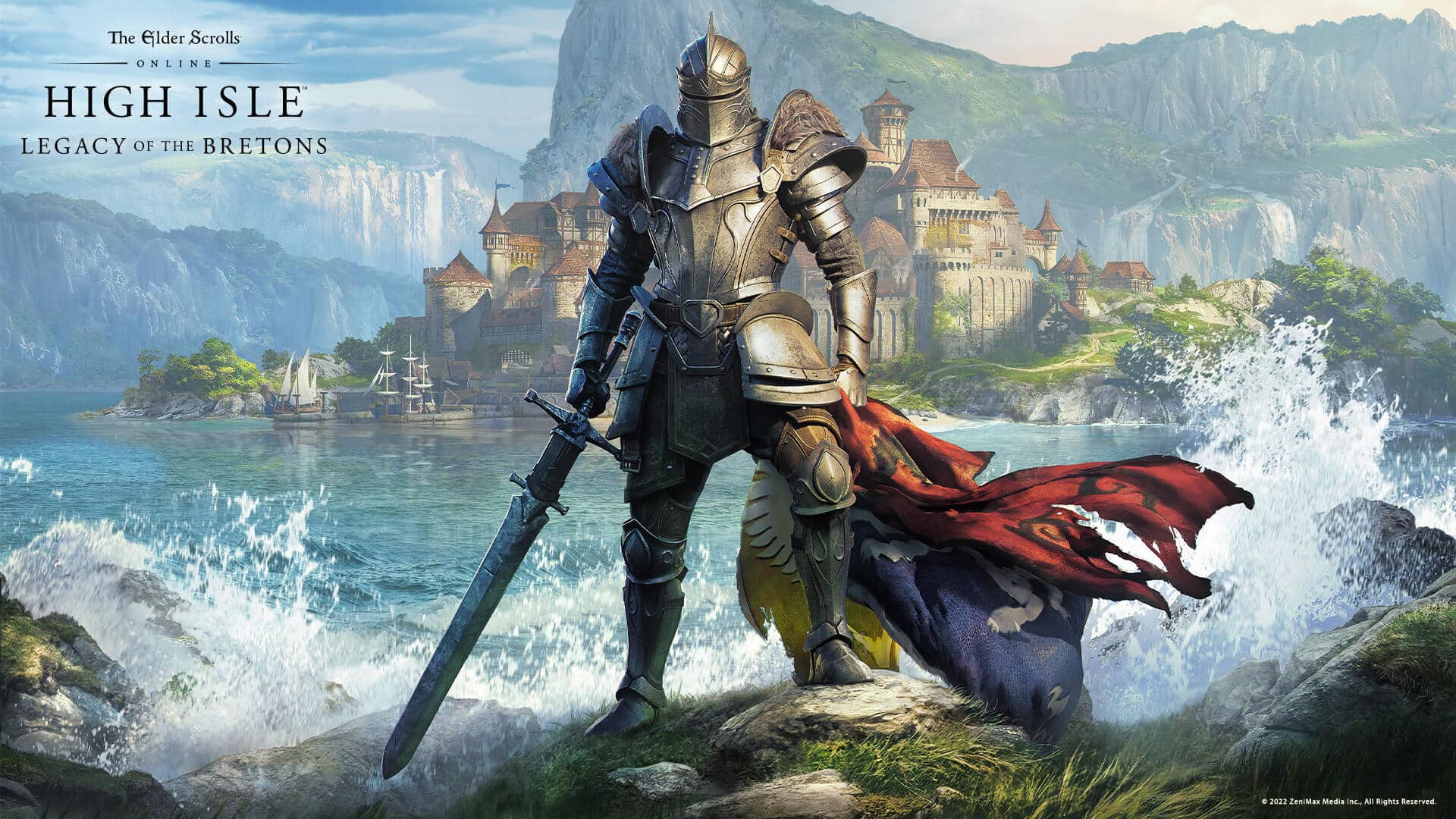 The Elder Scrolls Online has masterfully captured that old RPG feeling. The game features both fully voiced acted questlines and NPCs. Making sure that being immersed in a game world has never been easier than through Elder Scrolls Online. ESO is developed by Zenimax Online Studios and published by Bethesda Softworks.  Upon a rocky launch in April of 2014, Zenimax went to work on fixing what, by all accounts, should have been a disastrous launch.

Following the improvements to the game, which included being able to play with friends regardless of faction choice. The Elder Scrolls Online quickly recovered with an action hybrid combat system. The combat in Elder Scrolls Online is secondary to the quests and lived-in feel of the game world. The game features regions and experiences people will recognize from the mainline Elder Scrolls games. ESO manages to reel the player in and is rather simple to understand. 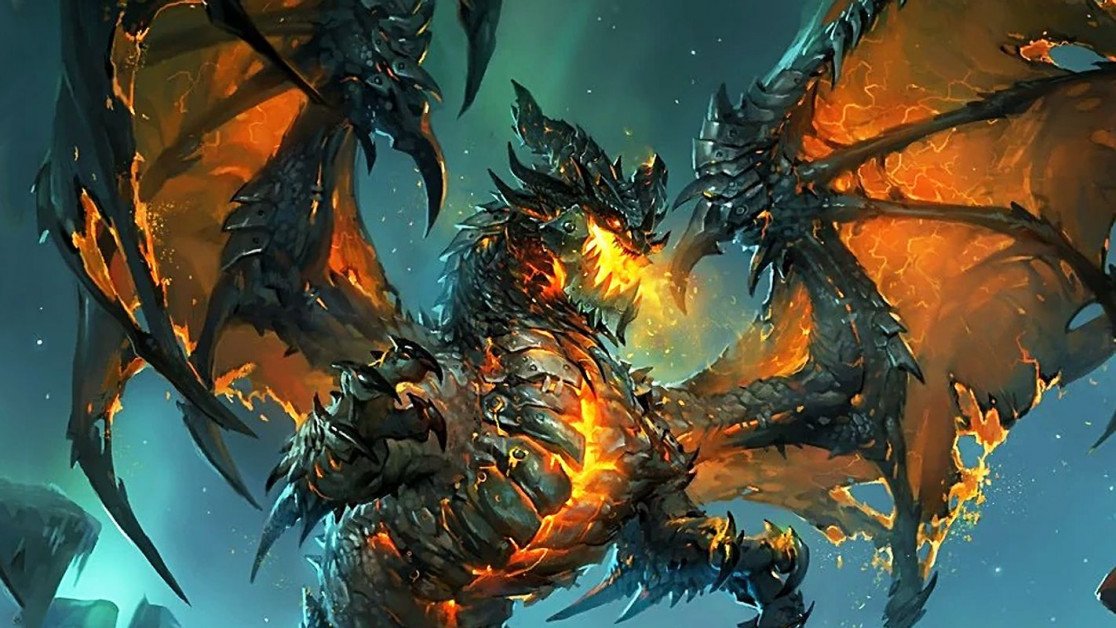 World of Warcraft is an absolute behemoth of the MMORPG genre. The Game is based on the Warcraft universe created by Blizzard for their Warcraft Real-Time Strategy Game series. Exploding in popularity when released both developed and published by Blizzard Entertainment on November 23rd, 2004. The game was an immediate hit, with critics touting that it reinvented and reinvigorated the MMORPG genre. The game features a rather cartoony art style. This made it easy to craft memorable character models, as well as a vast world WoW was a smash hit.

Whereas most MMORPGs of the time were instanced. World of Warcraft was the first to feel like a true lived-in world at the time of its release. The older version of the game garnered so much popularity that it was rereleased as WoW Classic on August 26, 2019. This served to reinvigorate the series that had become bogged down with systems. And to some, the game had grown weaker in its character writing and world development. With that being said, World of Warcraft is beloved by so many and one of the best MMOs. 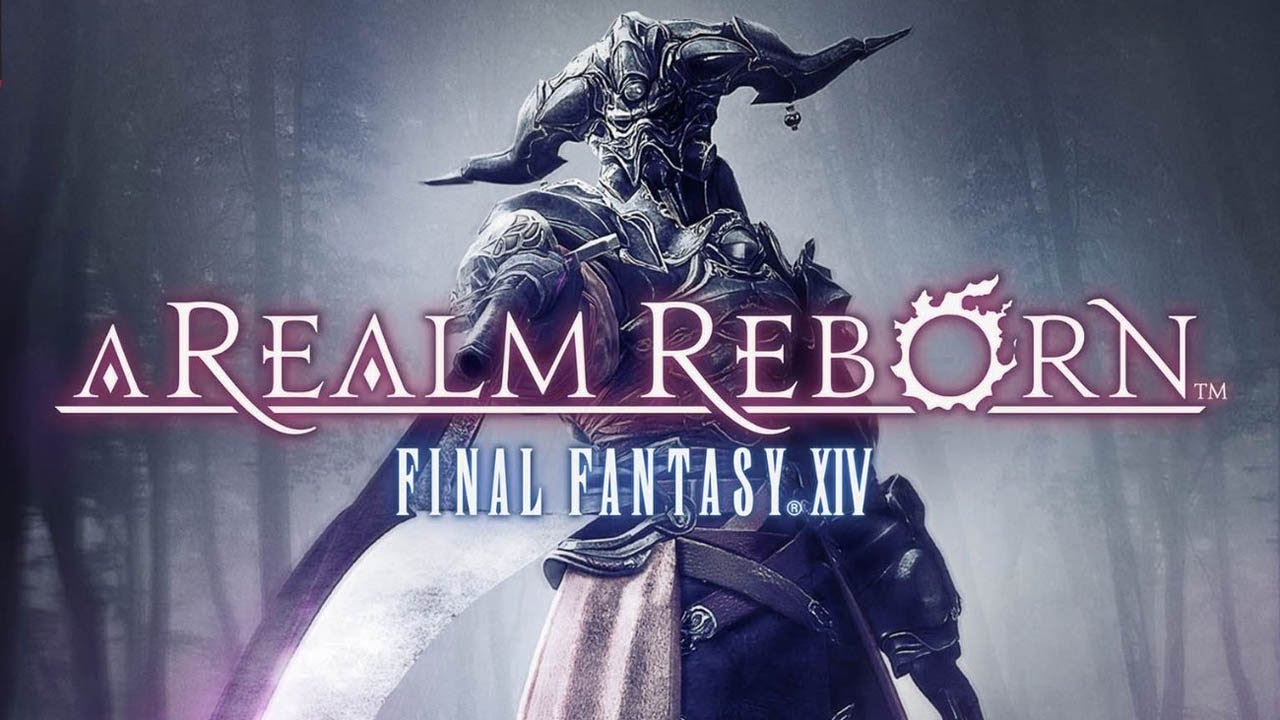 Final Fantasy XIV is a titan of the MMORPG genre. One of the few games to ever surpass World of Warcraft in terms of popularity, Final Fantasy XIV had to tread a rocky road to the top. Developed and published by Square Enix initially on August 27th, 2013, the game’s launch was not so successful. With many critics praising certain parts of the game and abhorring others. This forced Square Enix to return to the drawing board. Returning with Final Fantasy XIV: A Realm Reborn, they wished to include current players in the remaking of their world. Upon rerelease as A Real Reborn, the game quickly garnered a lot of attention as a lot of the issues that plagued the game were alleviated.

With the number of subscribers quickly rising, the game would reach 25 million subscribers as of October 2021. Featuring a world that players who played the Final Fantasy games would be familiar with, the game is easier to get into than others. With very solid progression and game mechanics, the game is also simple enough to pick up and play. This is in no doubt due to its easy Job system, which takes the place of traditional classes from other games.  With switching between these being as simple as switching weapons, the game offers a ton of replayability. As well as new experiences to discover and new worlds to connect with. All this and more make it our top pick for the Best MMOs for beginners.

So, what do you think of the 5 best MMOs? Do you agree with our top five picks? Are there any games we should know about? Let us know over on our socials here or down in the comments below.

5 Video Games That Let You Have a Family

5 Video Games With the Best Lore