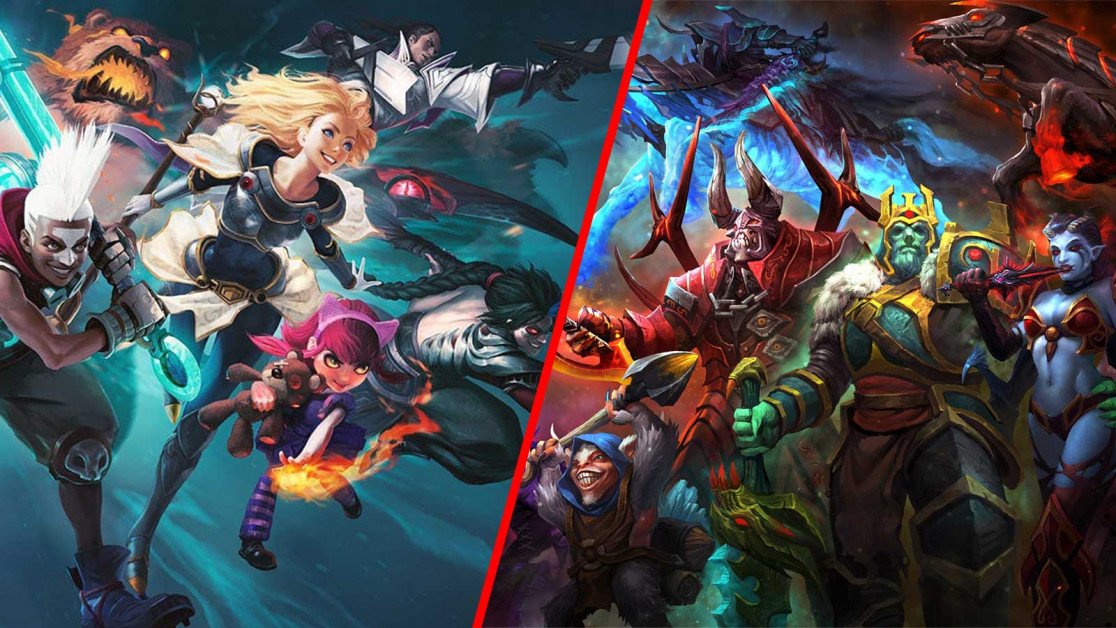 So you want to play a multiplayer online battle arena (MOBA), but you’re not sure which one to choose? That’s why we’re comparing Dota 2 vs League of Legends (LoL), to find out which one is better for you? Although there is a continuing debate between the two fanbases, on which game is better, the choice is entirely up to preference. Dota 2 is a very complicated and technical MOBA, which has pushed some gamers to prefer the comparatively simple and clear gameplay of LoL.

Both titles are worth trying out, as the old adage says, “Don’t knock it till you try it”. But before you know which one to try first, read on! Because we will break down all aspects of Dota 2 vs League of legends, from what they are, to their different gameplay, characters, and maps. All in order to help you find out, which one is a better fit for you? 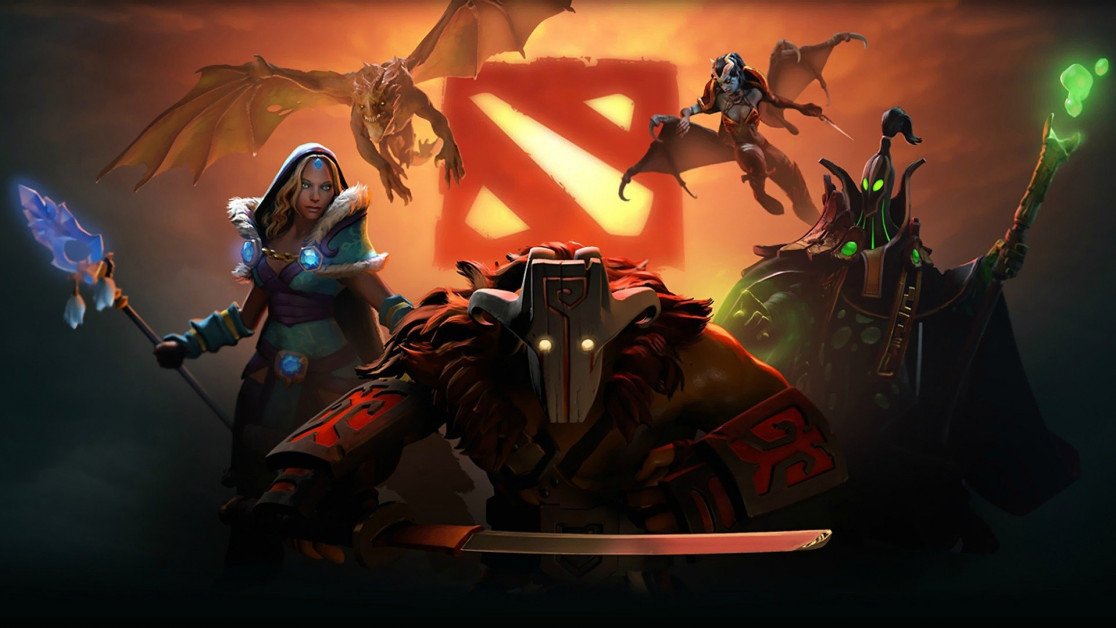 Dota 2, is a free-to-play, three-dimensional isometric, real-time strategy (RTS) multiplayer online battle arena (MOBA) game by Valve. Dota stands for “Defense of the Ancients” (DotA). Which, originally was a mod for Warcraft III: Reign of Chaos, which further expanded itself to its own game today, Dota 2. The game puts two teams, known as the Radiant and Dire up against one another. Each team consists of five players each attempting to destroy the other’s “Ancient” (home base), whilst defending their own. The first team to destroy each other’s Ancient is the victor!

Furthermore, each of the 10 players will control their own “hero” in the arena. These heroes come in a range of gameplay styles and hold a variety of abilities. Each hero is meant to take on a certain position in the game, these are mid-lane, carry, off-lane, roaming support, and hard support. Heroes are leveled up, to a max of 30, and strengthened with experience points, which unlock their abilities or improve one already learned. You gather experience points by killing enemy players, destroying towers, and eliminating creep. These are the NPCs that populate the top, middle, and bottom lanes of the map. Likewise, this will give you gold that can be spent during the match on items to boost your stats and grant you special abilities.

What is League of Legends? 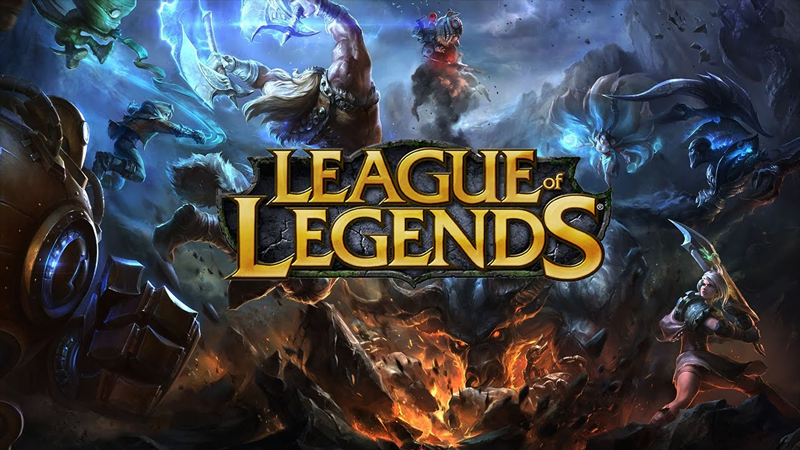 League of Legends (LoL), which is commonly referred to as just League, is a free-to-play, isometric, RTS, MOBA, developed by Riot Games. Once again, two teams of five drop into the map, Summoner’s Rift. Each team is looking to push the respective lanes of top mid and bottom, and destroy each other’s Nexus; which is Leagues version of Ancients. With that, there are towers and inhibitors resting at each lane’s entry to the base, that need to be destroyed. Inhibitors are structures that prevent the enemy team’s super minions from spawning.

Just like Dota 2, each lane is covered by towers and creep – also referred to as “minions” in LoL. Each team is composed of five players who control their own “champion”, which fills out the positions on the map. These are the top lane (Typically Tank), mid-lane, jungle, and two in the bottom lane (Typically an Attack-Damage Carry (ADC) and Support). These champions are leveled up by killing opposing champions, creep, turrets, and so on to get experience and gold. Each champion can be leveled up to a max of 18, which lets you unlock new abilities or upgrade current ones. Gold can also be used to buy items to buff your stats.

Both Dota 2 and LoL have a “draft phase” where each team will pick their Hero/Champion. Currently, Dota 2 has 123 heroes, whose attributes, abilities, and items can define them into multiple class styles. Those are Carry, Support, Nuker, Disabler, Jungler, Durable, Escape, Pusher, and Initiator. LoL currently has 159 champions, who are sorted into six class styles. These are Assasin, Fighter, Mage, Marksman, Support, and Tank.

The main difference here is that in LoL, champions are played and built around their respective class styles. While in Dota 2, heroes may be built/played in a variety of ways based on your in-game role and how the battle is progressing. Giving Dota 2 a much higher complexity when it comes to choosing heroes. 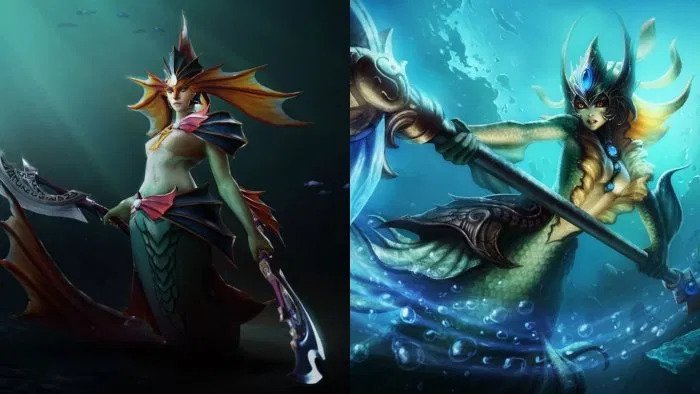 In Dota 2, each hero comes with four abilities (Some heroes have one or two passives while others have none). These are three basic abilities, and one ultimate- also referred to as “Ulti”. In-game, heroes can be leveled up to a max of 30, with each basic ability leveled up four times, and the ultimate three times. The rest of the experience points go into their passive Talents. Heroes work to cast these sets of abilities with mana, from their mana pool, under their health bar.

In LoL, champions also have four abilities, three basic and one ultimate. Each basic ability can be leveled up four times, and the ultimate three. However, champions cap at level 18, once all abilities are fully upgraded. Most LoL champions use mana, but there’s a small bundle of them that don’t use mana at all. Furthermore, some champions use energy, their own health, or specific Fury champions.

It’s worth mentioning that champions in LoL tend to synergize inward, which means they scale off of their own qualities extremely well and may take over a game on their own. While in Dota 2, Heroes synergize outward, which means working together is essential to winning.

In both LoL and Dota 2, there are three lanes that make up the map, top, mid, and bottom. Between these lanes are ways to move about the forest on the map, which is referred to as the “jungle”. Hence the role. For both games, the jungle consists of NPCs, monsters (LoL), and camps (Dota 2), that can be killed for XP and Gold. In LoL, there is a Dragon and Baron Nasher in the jungle. These grant the team who kills it a bonus buff for a period of time. While in Dota 2 there is Roshan. Similar to LoL Baron, however all it doe’s is give gold to the entire team and grant one player with a guardian angel, which revives them with full health and mana.

Each game also has a casual and competitive game mode, with that, a variety of other game modes within the confines of the gameplay.

There is a reason the LoL esports scene doesn’t see the same amount of fans, prize money, and viewers as Dota 2. This may be because Dota got to the hearts of gamers first. But mainly because it is a far more advanced game in comparison to LoL. You’ll constantly find pro Dota 2 players referring to LoL as the “kids” version of the game. That’s not to knock LoL as a game at all, however, it’s relatively easier to learn and play compared to Dota 2. For Example, we have merely scratched the surface of Dota 2 for its in-game mechanics and gameplay. On the other hand, there isn’t too much more to uncover for LoL.

So the final verdict of Dota 2 vs League of Legends is, if you are looking for a challenging and in-depth MOBA, then go with Dota 2. If you want a simpler and more comprehensible version, go with LoL.

So, What’s your take? Which game do you think is the best between Dota 2 vs League of Legends? Let us know in the comments below or over on our socials here!

World of Warcraft Vs Final Fantasy XIV: Which One is Better?

Valorant Vs Overwatch: Which One is Better?