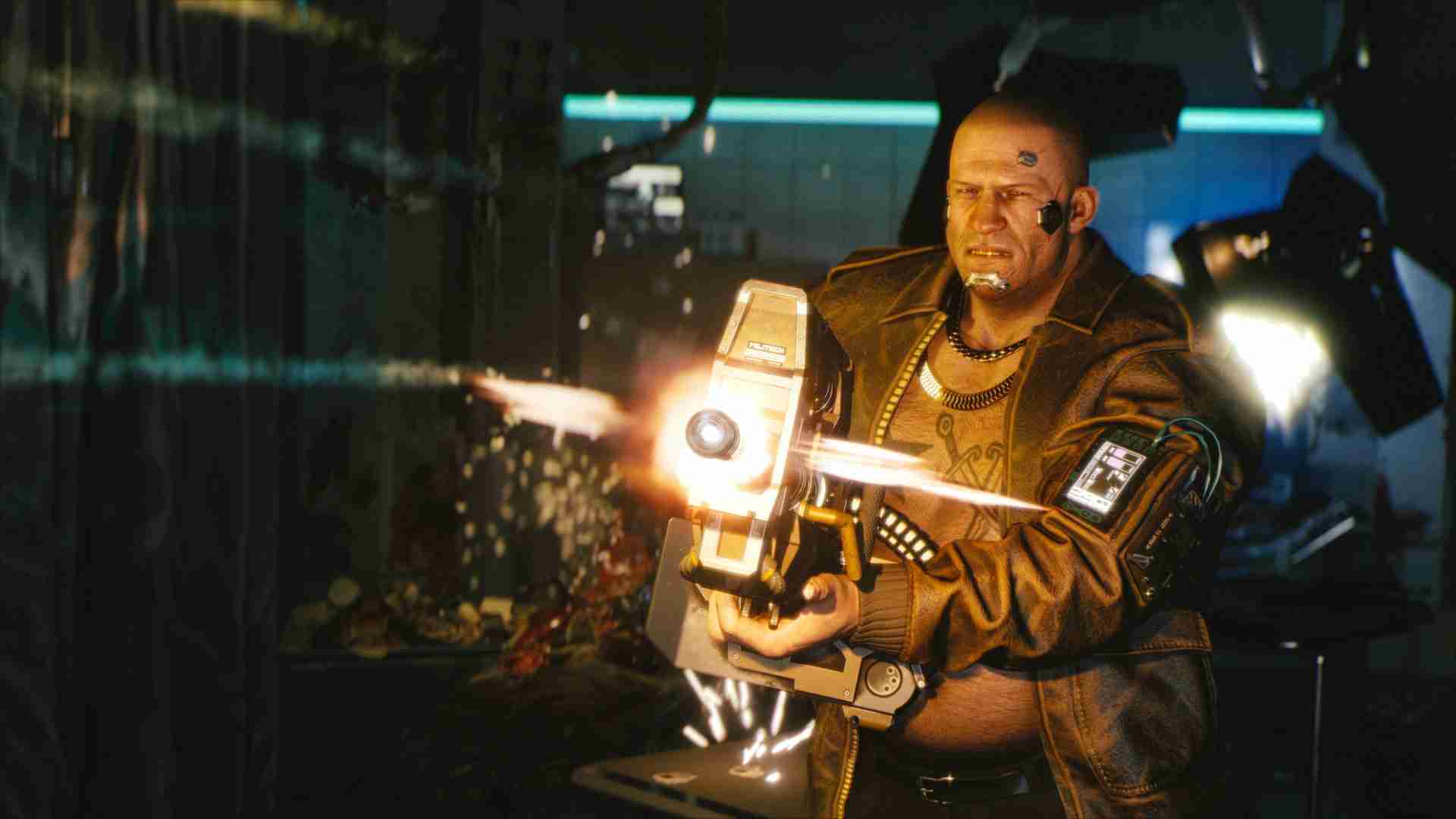 If you’re looking to get into the world of sci-fi and technology, Cyberpunk 2077 has raised the bar for the genre. With a mix of lowlife and high tech, set in a dystopic setting, Cyberpunk 2077 is a world full of possibilities. Especially at this stage in its evolution, where developers have stabilized the game to a playable and enjoyable level. However, alongside the long list of possibilities, Night City holds equal amounts of danger in its psychotic underground life. That is why you will require some protection, and you will want to do so with the best weapons in Cyberpunk 2077 to ensure your safety.

Because, as you may or may not know a lot of people are out to get you. From Scavengers, Bandit Factions, Corpos, and well, the list goes on. So whatever altercation you will eventually find yourself in, you’ll want to have some trusty steel by your side to bail you out. Though not as powerful as customizing your character with new Cyberware, the tech weapons in Cyberpunk 2077 are designed to combat the cyber-freaks you’ll encounter. Some weapons, however, stand out above the rest for this, and those take our picks as the best weapons in Cyberpunk 2077, in this list. 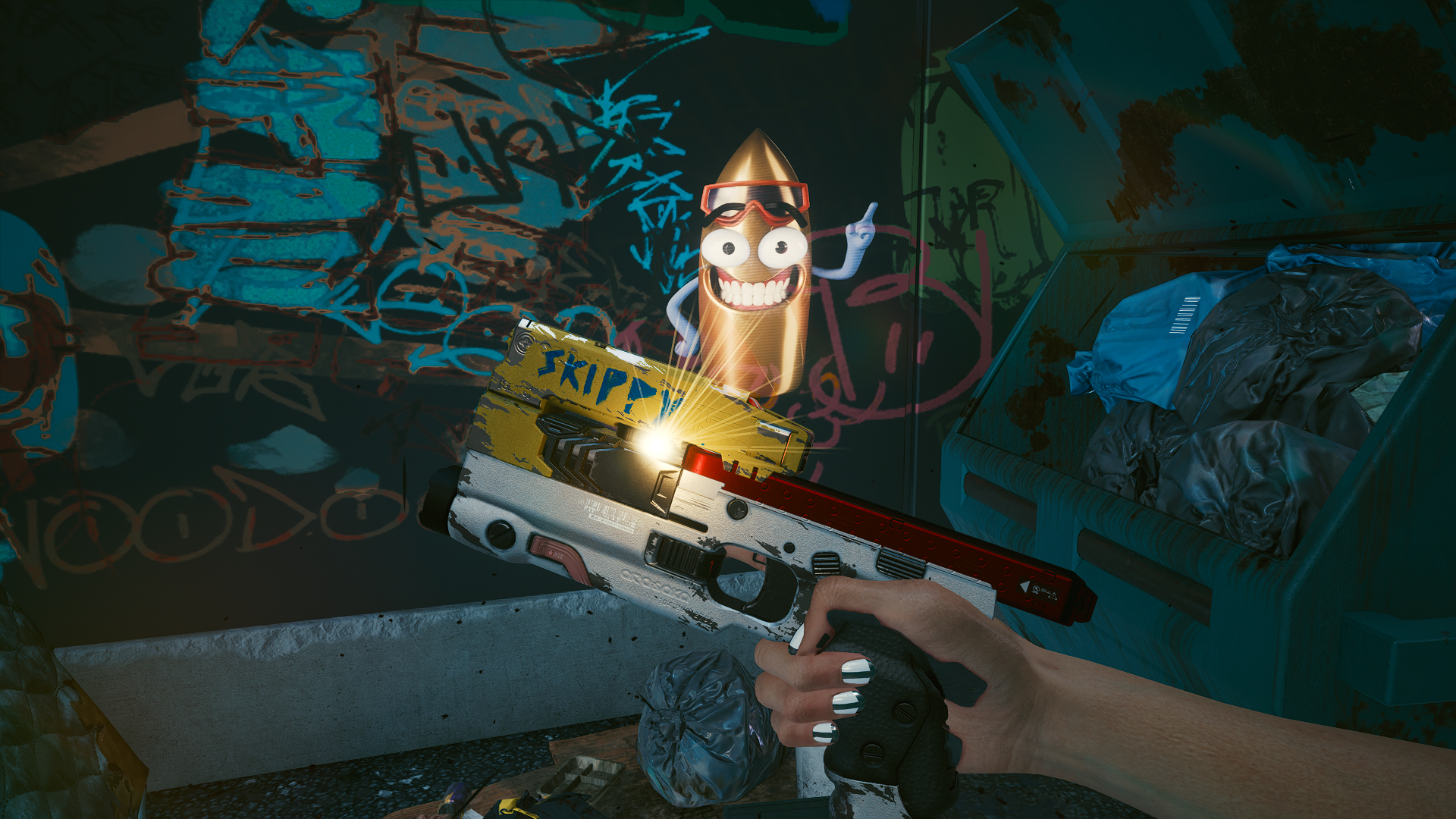 In most games, players choose not to use a pistol as one of their weapons because it lacks power and punch. While this is true for most FPS RPGs, it’s not the case for Cyberpunk 2077’s high-tech weaponry. As a result, sidearms are just as viable as shotguns or submachine guns. Skippy, the smart pistol with a chatty personality, is a perfect example of this and continues to prove why it’s one of the best weapons in Cyberpunk 2077. If you don’t understand what we mean now, you will once you get your hands on this weapon.

Skippy scales with your level and comes with two mod slots, making it an excellent choice throughout the game. However, its real highlight is the ability to switch between two fire modes via its Smart Link functionality, giving you a choice between auto-aiming at enemies’ heads or body extremities. This can especially be a crucial feature when you’re trying to take out an enemy’s Cyberware that’s causing you problems. To obtain the pistol, go to Vista del Rey in Heywood and look for a body in an Alleyway, where it is just waiting to be picked up. 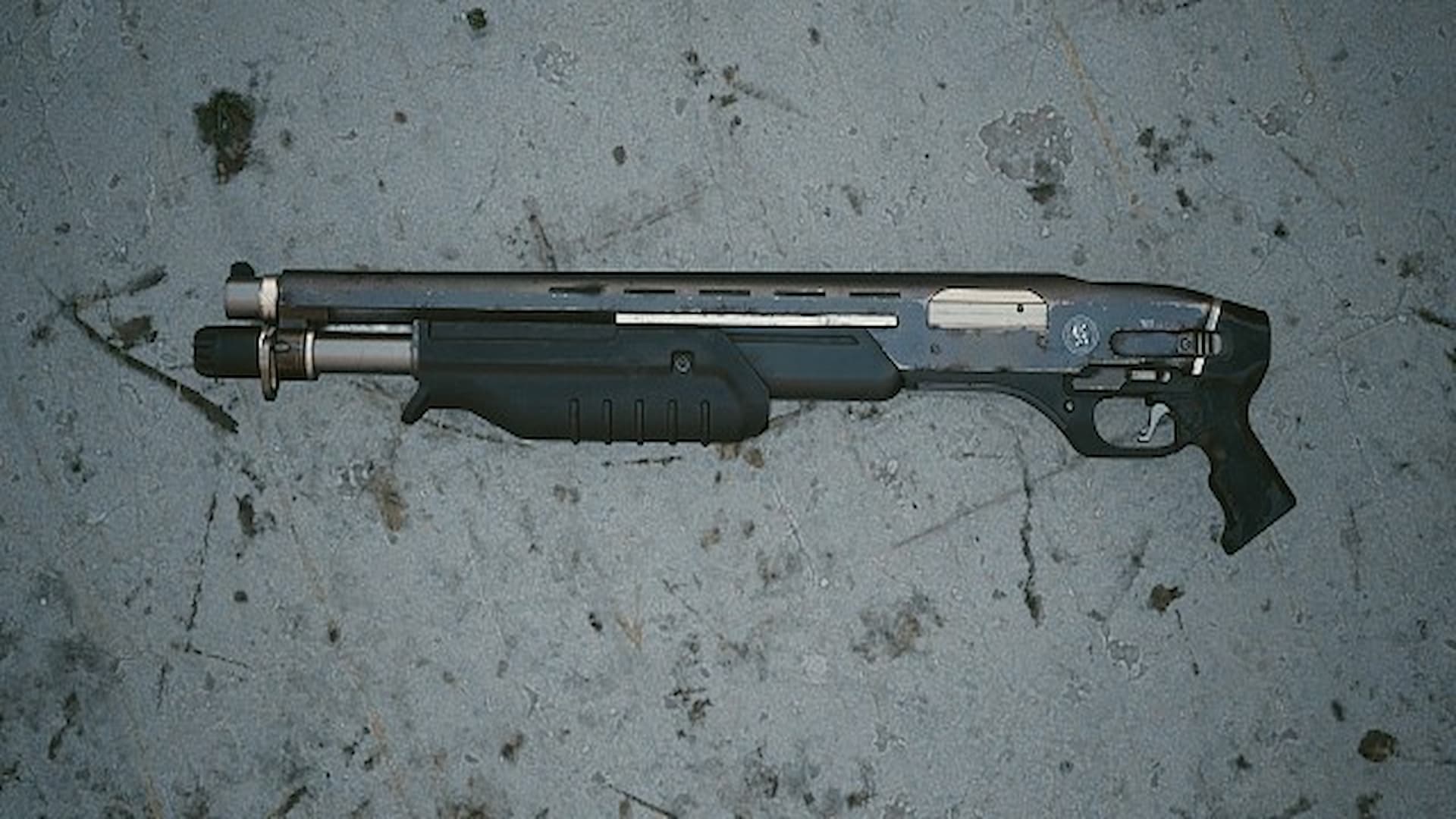 Speaking of power and punch, the debate for the best shotgun in Cyberpunk 2077 has long been argued. Though many feel it’s the Ba Xing Chong, you can’t actually unlock that weapon until you’ve completed the game’s story, which is quite long. So you’ll definitely be in need of a heavy-hitting weapon you can rely on before you reach that point. And in our opinion, you can’t go wrong with The Headsman, the iconic variant of the M2038 Tactician, which is another viable choice for a shotgun in the game.

When compared to its counterpart, The Headsman variant lacks a stock but still has some truly unique features. The Headsman comes with an effect that increases the number of projectiles per shot, boosting the possibility of dismemberment and bleeding. In addition, it deals chemical damage and has two mod slots. The four-round magazine comes at the expense of the weapon’s high power, but it’s worth it in the end. 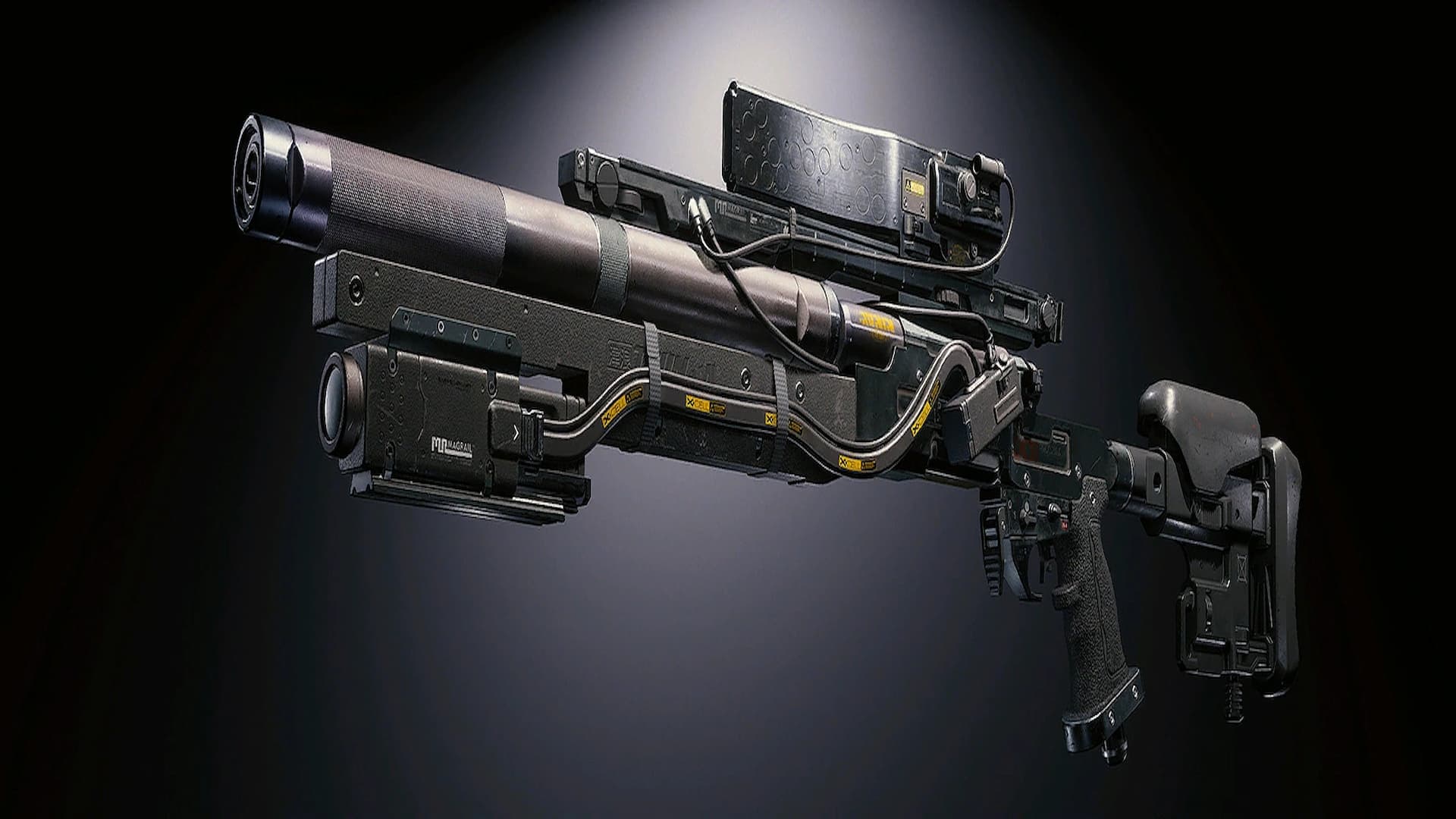 Even though sniper rifles aren’t best equipped for every situation you’ll get yourself into in Night City, there are moments when you’ll wish you had one by your side. That’s why if you are going to carry a sniper rifle, you’re best off with the Ashura. Of course, this sniper rifle will decimate high-health enemies if you land shot’s to the head. But if you can’t get a clean shot, rely on Ashura’s Smart Link functionality of self-guided micro-projectiles to do it for you.

Though it is a single-chamber shot, the Ashura’s high-caliber bullet is enough to pack a punch to the body. Then considering it also doe’s Thermal damage with a chance to Burn enemies, this sniper is a great choice for picking off enemies or weakening them up for a quick kill with your assault rifle or sub-machine gun. Which are the weapons we’ll dive into next. 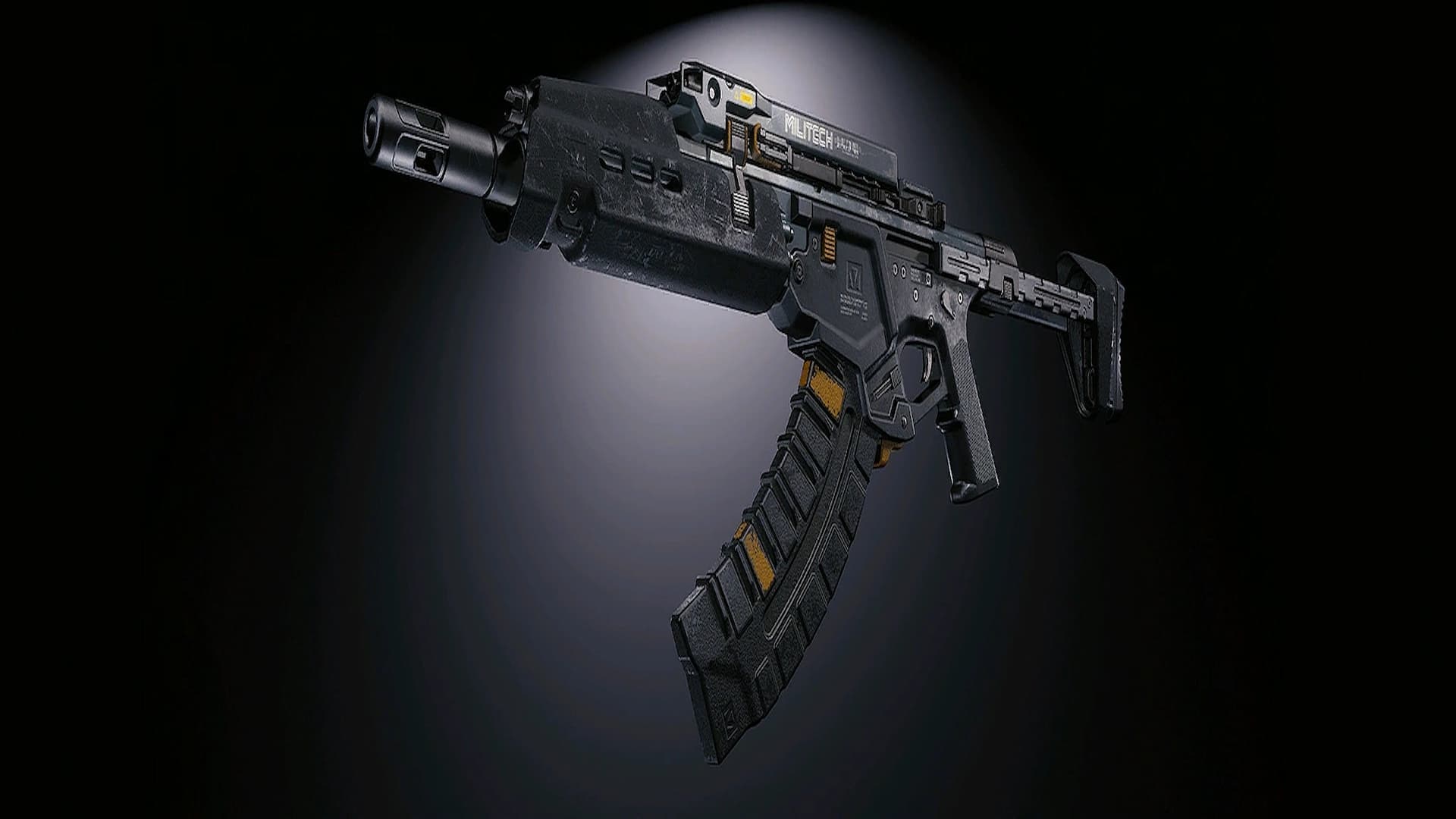 We can’t talk about the best weapons in Cyberpunk 2077 without including an assault rifle in the mix. After all, they are the one weapon that will have you best equipped for every situation. Nevertheless, you should choose an assault rifle that exploits this feature the most. That’s why we suggest going with the M251S Ajax, as you can build this weapon to fit just about every play style. Effective at mid to long-range, with a 30 round mag, that’s just the start of what makes this one of the best weapons in Cyberpunk 2077.

The M251S Ajax has ricochet functionality, which is quite helpful when you have to blind fire your shot’s or have a cluster of enemies bundled together. Additionally, it has two slots for a scope and a muzzle, which improves long-range accuracy and enables you to operate silently when necessary. Particularly in light of the fact that no other weapon on this list will be stealth-effective. That is, aside from our number one pick. 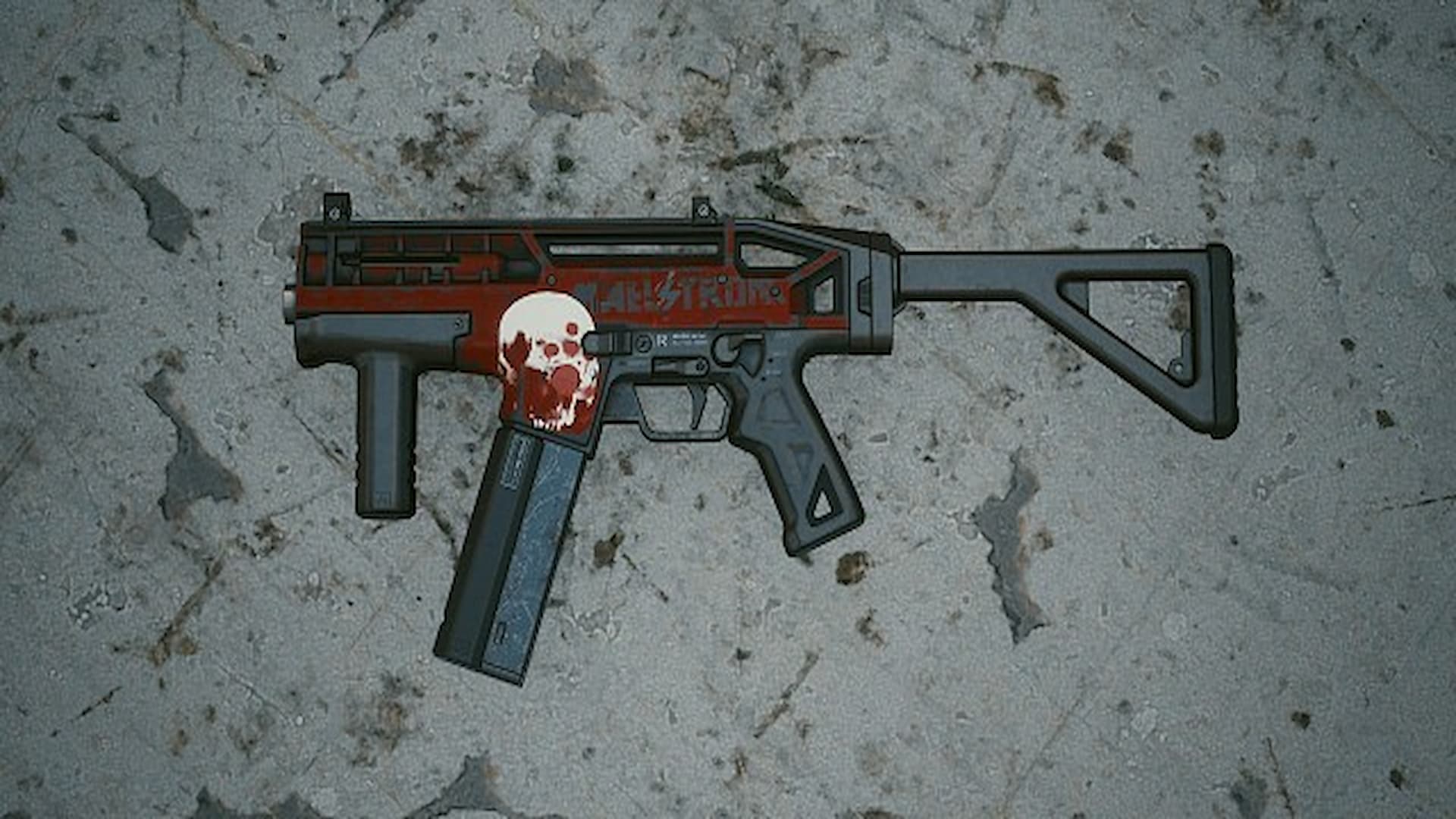 There are a lot of weapons in Cyberpunk 2077 you could argue are the best in the game. However, everyone can agree that the Fenrir easily stands out as one of, if not the best in the game. That’s because you can acquire this weapon relatively early on and build it into a beast of a submachine gun. It features ricochet functionality, thermal damage, crit chance, burn chance, and even a headshot damage multiplier.

If you didn’t think it could get any better, the Fenrir also has an increased bullet impact and reduced bullet spread, but at the cost of high recoil – which is it’s only downfall. Aside from that, it comes with three attachment slots, for a scope, muzzle, and mod slot. Safe to say, the Fenrir speaks for itself as to why it’s one of the best weapons in Cyberpunk 2077.

So, what’s your take? Do you agree with our top five? Are there other weapons in Cyberpunk 2077 that you think are the best? Let us know in the comments below or over on our socials here!

Related Topics:Best Weapons in CyberpunkCyberpunk 2077Weapons
Up Next