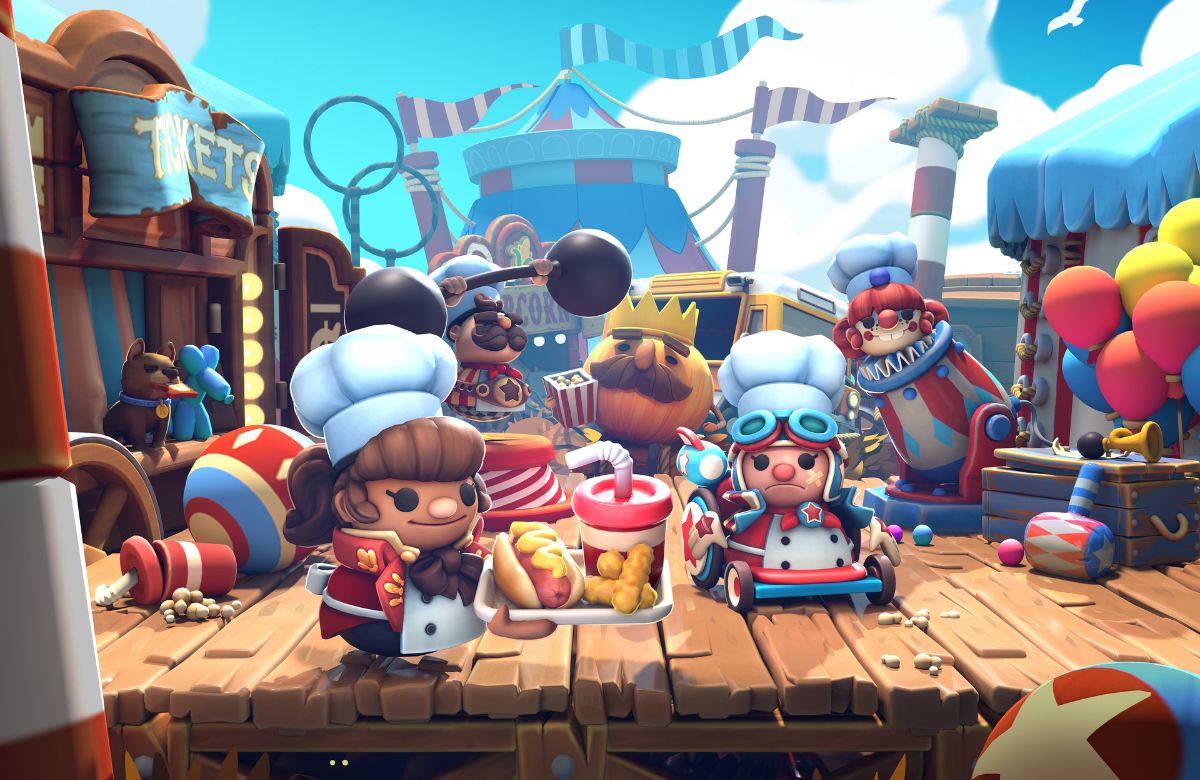 Its Thanksgiving. Traditionally, it is a time to get together with family, eat a lot of turkey and mashed potatoes, and have a good time. And what better way to catch up with family than to play some family-friendly video games? Of course, you will need games that you can enjoy with your entire family. We’ve put together a list of the five best Thanksgiving video games to play this holiday season. These are games you can play alone, but most of them are better played with the family. You can even play some of them online with your uncle or cousin who did not make it to the big Thanksgiving dinner.

Splatoon 3 is one of the best games to enjoy this Thanksgiving holiday. Featuring incredible playability and a wealth of unique modes, the game provides a fun, family-friendly experience to burn off steam and have a good time.

Splatoon 3 is one of the most creative action-puzzle games on the market. And similar to the Mario series in terms of playfulness and creativity, your goal is to cover your surroundings, including your opponents, with color as quickly as possible. And hopefully, if you aim your paint guns correctly, you will cover the entire area with paint before time runs out. And, without forgetting, it supports up to four players.

Additionally, Splatoon is kid-friendly with minimal violence, making it a perfect choice to play with your family as you wait for the pumpkin pie. The cartoon visuals in Splatoon 3 are really enticing, and everything, including the ink, is bright and colorful. And just in case all of your relatives didn’t make it, the game also allows you to play online.

The Mushroom Cup races at Water Park or Mario Stadium are fun for nearly everyone. That way, you and all the young Turks in the family can have a fun race in Mario Kart 8. Compete against your friends and family in local races using awesome rides, such as racing along walls and flipping in awesome vehicles like motorcycles or gliders. Additionally, the game features underwater racing, which is a lot of fun for anyone who plays.

The Mario Kart series is popular for its vibrant and colorful characters. The characters make the franchise a perfect Thanksgiving video gaming classic because they always return and never seem to age. The latest game in the series, Mario Kart 8, has local multiplayer for up to eight people. So if there are enough controllers for everyone, the game is a perfect choice to enjoy with family members. The game features up to 42 characters to choose from and tons of tracks to race on. Giving your family the option to select a course to race on could be an excellent option.

Another game to enjoy over Thanksgiving is Assassin’s Creed III. Like the majority of the Assassin’s Creed games, this one features a historical narrative that is only loosely accurate and introduces you to notable people like George Washington. Though the original game launched in 2012, a remaster was recently released, along with all the downloadable content and the Liberation expansion.

I can already see you cringing, wondering how Assassin’s Creed III fits into Thanksgiving. Just sit back and relax. We all love helpful Easter eggs. In Assassin’s Creed III, you will see a small wild turkey wearing an assassin’s hood as it wanders around. You will, however, need to find the Easter egg hidden in a specific house. Push the whistle/distraction button while leaning up against a wall, and a fat, delicious wild turkey will appear from a neighboring bush. When you enter the popular “Konami Code,” the turkey puts on the white hood and becomes available for use in assassination missions.

One of the many activities we do with family members over Thanksgiving has always been sports. The tradition of watching a sporting event on Thanksgiving is very common. But why would you be glued to the screens watching a football game when you can create a more thrilling experience with Madden NFL 2023? Madden NFL 2023, the latest installment in the long-running football game series, was recently released, and it did not disappoint.

Without a doubt, Madden can be a challenging football game. However, you can play in rookie mode. Your loved ones can make as many long passes as they wish, with a good possibility that such passes will be successful. Additionally, if a family member cannot attend the ceremonial Thanksgiving dinner, they can still play a game with you online. The game is available on Xbox, PlayStation, and PC. With the game’s cover featuring “Madden” himself for the first time in 20 years and with new modes, it’s sure a must-play.

One of the most enduring and significant Thanksgiving traditions is the preparation and cooking of far too much food. You may have spent too much time in the kitchen and are now bored. When it’s time to take a break from the kitchen, the best substitute is playing an entertaining and competitive cooking simulation game. Overcooked 2 allows you to compete in cooking competitions with your family.

You will team up with three other family members to prepare meals in bizarre restaurants. You will chop, cook, wash dishes, prepare food, and serve it to invaders while defending the Onion Kingdom from an army of undead bread known as the Unbread. As you move through moving floors, fireplaces, and other platforms to finish the task, the game gets harder. The game brings a lot of family fun to the Thanksgiving video game table and features one of the best cooperative gameplay modes currently available. So, yeah, bring the same fun you’d have in the kitchen to the game room.

So, what are your thoughts on our selections for the five best games to play during Thanksgiving? Do you have a favorite video game for Thanksgiving that isn’t on the list?  Let us know over on our socials here or down in the comments below.