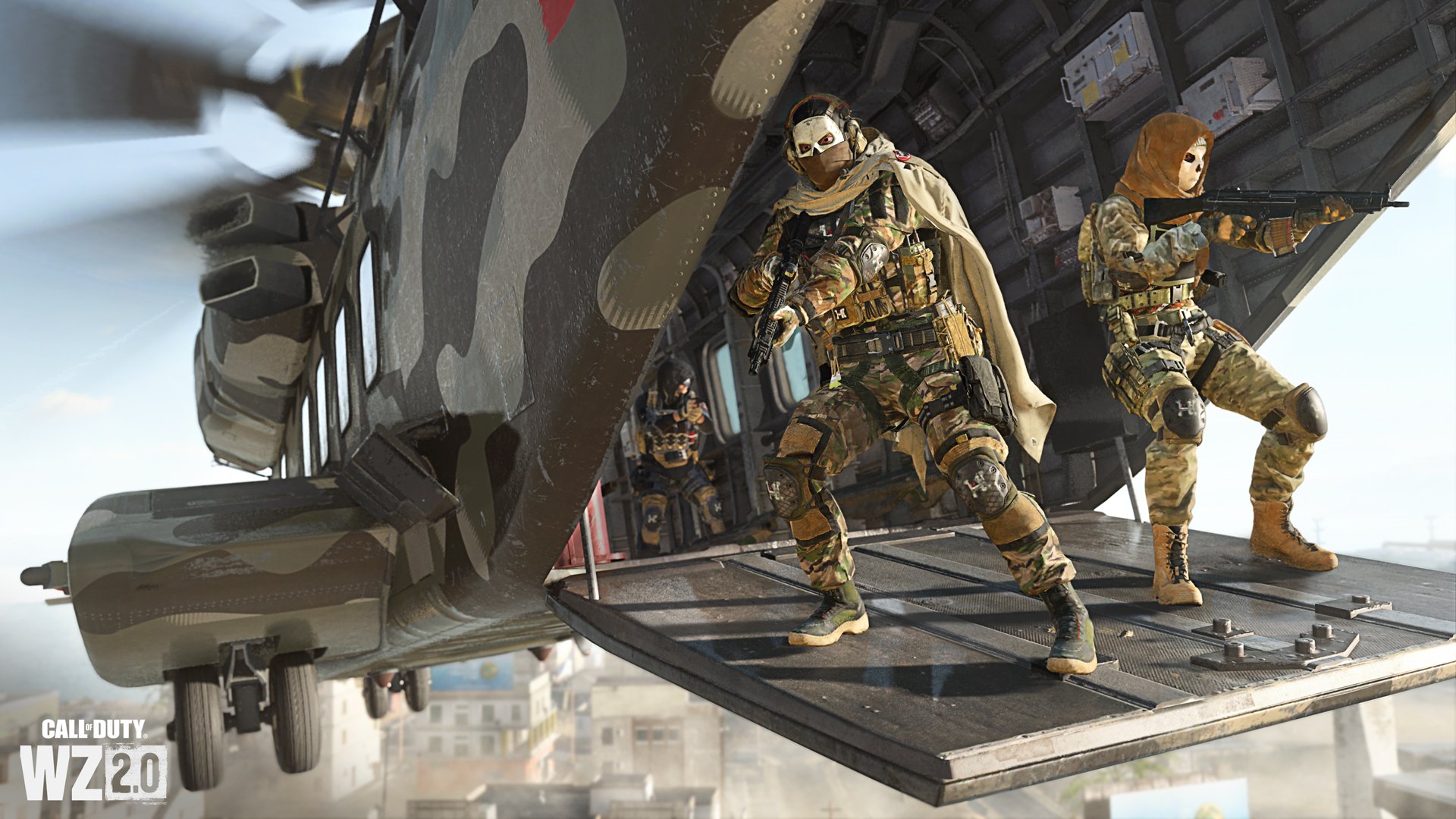 The growing demand for free FPS games on Xbox Series X|S has allowed many games to rise and fall in popularity over the last decade. Now more than ever, there is a wide range of styles and sub-genres of FPS games to choose from. Like Apex Legends’ elusive fast pace movement to Warzone 2’s classic boots-on-the-ground style combat. These games, amongst others, have proven to be juggernauts over the last couple of years and have earned their spot in this list of the five best free FPS games on Xbox series X|S.

Halo, one of the most well-received and beloved FPS franchises back in the day for Xbox 360 and One users, returns with Halo Infinite for the series X|S – the latest installment in Bungie’s illustrious series. Returning with a cast of unforgettable characters and enemies, such as Master Chief and those mischievous little Grunts. Mixed with the nostalgic feel of classic vehicles and weapons, but with brand-new equipment.

The Grapple Shot, for example, allows players to use the map’s environment to their advantage, hooking onto a platform to get the drop on enemies from above or to escape from a heated gunfight. Players can also use the grapple to grab various weapons that spawn around the maps or to hijack enemy vehicles. Another ability is the Drop Wall, which lets you place a portable cover to shield from enemies. You can use this to your advantage to reload or regenerate your shield.

With great graphics and performance, Halo Infinite created a perfect storm that quickly rose up as one of the best free FPS games on Xbox Series X|S. One of the greatest features also stems from the introduction of cross-platform to the series. Letting gamers from console and PC connect and indulge in the familiar but revamped gameplay. Of course, fan-favorite modes like Slayer and Oddball make a pleasant return, but with the addition of new game modes, such as Arena and Big Team Battle.

Despite the popularity and success of battle royale games that have arisen over the last five years, one of the top games still in contention is PlayerUnknown’s Battlegrounds (PUBG). It has cemented itself as one of the best free FPS games on Xbox series X|S because of its realistic warfare that offers players a wide selection of old-school and modern-day weapons. You can enjoy fast-paced gunfights or play slower gearing up for the final circles. With the clock always counting down and the circle dwindling, it tends to make for some memorable moments.

The modes include solos, duos, and squads, making it an enjoyable game to play alone and with friends. The maps range from urban cities to grasslands, mountains, deserts, and dense jungles. Each map is unique and has its own spin on how it plays. Players must be wary of their surroundings, as other players are not the only thing that can kill you. For example, on the map Destructoid, there is a volcano with lava flowing throughout the map. If you walk through this it can lead to a swift death. Though maps can be very large and difficult to navigate, the presence of numerous vehicles scattered throughout lets players gain traction on the storm quickly.

Apex Legends is a one-of-a-kind battle royale game in which players can select from 23 playable characters known as “Legends”. Each one comes with a main ability, one passive, and one ultimate, which players can use to gain an advantage in battle. Because each legend has a unique set of abilities and an ultimate, team chemistry is essential when engaging in fights. Typically, the team that makes better use of their abilities, rather than focusing solely on gunplay, wins.

Apex legends have an arsenal of futuristic-looking weapons each of which is extremely satisfying and dependable. With regular updates that bring in new legends and weapon tweaks, players can divvy up their playstyle to always bring a new feel to the combat. Not to mention, Apex Legends runs exceptionally well for a free FPS with excellent graphics and performance.

Call of Duty is back with the sequel to its beloved battle royale, Warzone 2. However, this time players will be opting out from the war-torn streets of Verdansk to the sandy dunes of Al Mazrah. A few key changes in Warzone 2 are with the fan-loved Gulag mini-game. This time around you spawn with a random teammate who is also battling for a second chance, making the former 1v1 a 2v2. Another addition is in the late game, the circle splits into three separate smaller circles that eventually form together if enough time passes.

Warzone 2’s gameplay is very fast-paced and there isn’t much downtime with the next squad being right around the corner. Players must stay on their toes and loot up quickly to survive or face the treacherous gulag. Picking up guns in the early game is essential, however, you can also call in a loadout, or hit a buy station to choose from your custom loadouts. Still, Warzone 2 doesn’t necessarily have a steep learning curve. So, it’s a great game for players of all skills and play styles. Evidently why Warzone 2 is one of the best free FPS games on the Xbox series X|S.

Overwatch 2 is one of the most anticipated free FPS games to have recently been released on Xbox’s newest console. Following numerous delays, it appears to have paid off with a near-perfect sequel. This free-to-play FPS is ideal for anyone new to, or a seasoned veteran of the genre. Overwatch 2 showcases 35 playable characters split into three classes: Healer, Damage, and Tank. Teams consist of two healers, two attackers, and one tank. Each character has unique weapons and abilities, offering a variety of playstyles.

Due to this fact, team chemistry is essential in Overwatch 2. As team composition is the meta that paves the way for most winning teams in matches. Overwatch 2 distinguishes itself from the other games on this list by allowing players to have fun without getting stomped every game in casual play. However, for those of us who want to put our skills to the test, competitive play is ideal for those seeking a greater challenge. Consequently, this is why Overwatch 2 is one of the best and most popular free FPS games on the Xbox series X|S.

So, what’s your take? Do you agree with our top five? Are there other best, free FPS games on Xbox Series X|S that we should know about? Let us know in the comments below or over on our socials here