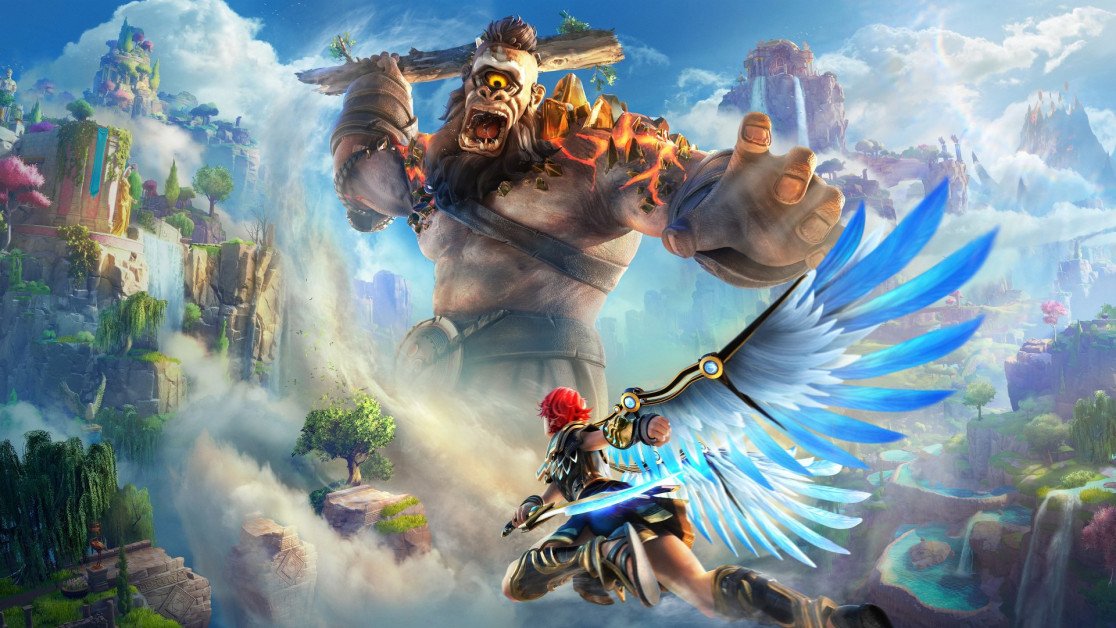 Action RPGs belong to one of the most visited categories in gaming, a category that has accommodated gamers looking to squeeze every last drop out of subscription-based platforms like Xbox Game Pass for years. As lengthy works of art with countless side quests, dialogue options, and customizable components, the genre has proudly been able to convince millions of players to wade in its waters for thousands of hours. And Game Pass, for what it’s worth, houses more award-winning RPGs than we dare to count.

September has rolled in, and the Game Pass library is looking bulkier than ever. With not only action RPGs lining its shelves, but a whole network of popular series from a myriad of genres, subscribers can get their hands on just about anything — and for a pretty low price, too. But if, like us, you’re desperate to dig your claws into some of the trendiest action RPGs on the market right now, then be sure to sink some hours into these heavy hitters this September.

Immortals Fenyx Rising is one of Ubisoft’s breathtakingly beautiful IPs, one that pulls its mechanics from Assassin’s Creed Odyssey and blends them with the invigorating world of The Legend of Zelda: Breath of the Wild. Combined with a harsh focus on Greek mythology and its many prominent figures, this exclusive action RPG jolts to life as an elegant and stylishly vibrant addition to the Game Pass library.

Immortals Fenyx Rising follows Fenyx, a skittish shield bearer whose purpose is to restore the surrounding gods’ powers in order to banish the deadly beast known as Typhon. As a mere mortal without the tools to conquer the imminent dangers, Fenyx must venture forth and acquire a myriad of godly powers and become the brave warrior that the Greeks prophesized before their downfall. To become the beacon of hope the world needs, the shield bearer must become a warrior, and from there, a god.

Assassin’s Creed Origins is the first entry in the series’ timeline to fully accommodate an action role-playing schematic. Unlike its past instalments, the breadth of the chapter chooses to harness an enormous open world playground, a place in which adventure pours from every nook and cranny of the Egyptian locale.

Origins puts you in the shoes of Bayek, Medjay of Egypt and royal protector of the one true pharaoh. As the elite warrior, you will openly embark on a journey to unravel the underground organization known as The Order of the Ancients. With the cult seeking to conquer Egypt and wreak havoc on its people, you must become the leading light on a quest to reclaim the lands for its rightful owners. To cut the head off the snake, though, one must first learn to gaze into its eyes and absorb its deepest, darkest secrets.

Sea of Thieves is a deeply immersive online role-playing game that transforms the golden age of piracy into an all-encompassing sandbox experience. As budding privateers with a hunger for fame and fortune, you will learn to battle the tides and voyage far and wide to secure your place among the legends of old and new. With Rare adding new expansions on a regular basis, die-hard swashbucklers can expect to pour upwards of a thousand hours into making the ocean blue a real home away from home.

Sea of Thieves can be enjoyed either alone or with a crew of up to four other players. Whatever your preference, the open world offers an equal amount of opportunities to explore and manifest a casket of mesmerizing voyages. So, if you’re keen to sail alongside Jack Sparrow and go plundering for lost treasure this September, then you had best get to work on building your vessel and assembling your heartiest landlubbers for departure.

SCARLET NEXUS is a hearty JRPG that combines high-octane combat with a genuinely thought-provoking and wholesome narrative. Like other role-playing games, players are tasked with not only completing a series of quests, but building a network of friends and allies to aid you in and out of battle. Add a cluster of anime-heavy cinematics, and you’ve got yourself the basic setup for an engrossing action RPG.

SCARLET NEXUS is set in the distant future, a time where humanity has adapted to a newfound technology that lets certain citizens wield a variety of superpowers. With Others, a colony of demonic foes invading every last quarter of the earth, a task force known as the OSF is established to counter the threat. That’s where you, the new recruit, begin your journey as one of OSF’s aspiring heroes.

Dragon Quest is very much considered to be one of the founding fathers of RPGs. With games that date way back to 1986, Square Enix has had more than enough time to finesse the formula and turn an entry-level game into a phenomenal bread and butter franchise. And Dragon Quest XI S: Echoes of an Elusive Age, of course, envelopes every one of its qualities in the most spectacular way possible.

You know how they say you can’t fix what’s not broken? Well, that’s pretty much the case with the long-standing Dragon Quest series, and it’s rare that you’ll see a twist in its used but reliable “good vs bad” structure. As expected of the latest entry, there’s a good seventy or eighty hours of classic turn-based combat and a wholesome albeit incredibly riveting narrative to go alongside it. It’s RPG 101, and it executes it remarkably well.

So, what’s your take? Do you agree with our top five? Are there any action RPGs we should know about? Let us know over on our socials here or down in the comments below.