Connect with us
Roulette 101: 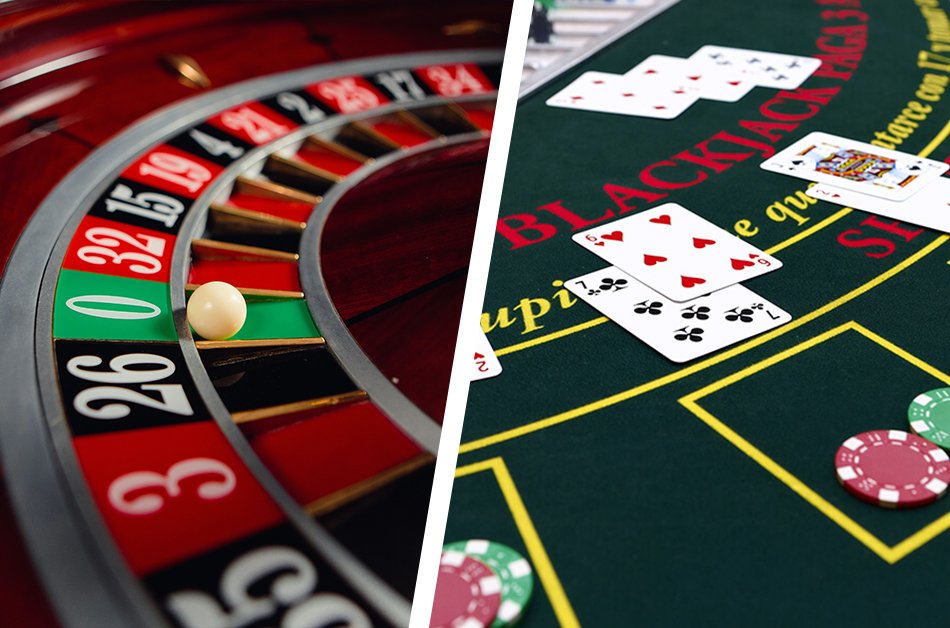 Blackjack and Roulette are among the most popular games in any casino, be it land-based or online. However, new arrivals to the world of gambling often tend to ask which one is better, which is not a question with a straightforward, black-and-white answer. After all, both games are perfectly legitimate, quite fun, rewarding if you win, and popular enough to be available in pretty much every casino out there.

Of course, they are quite different games, and new gamblers are often interested in learning which one has better odds, but that is not the only thing that matters when choosing which one to play and where. You also need to compare which one is more fun, which one is more exciting, where you need to strategize, which one grants you more control over risk, and alike.

With that said, let’s see how roulette and blackjack compare regarding these aspects, but in the end, it will depend on each individual player to decide which of these games suits their playstyle and needs.

First, let’s talk about the technical differences between the two games, meaning the figures, different versions of the games, and how they affect the game and your chances of winning, as well as the average odds of winning the games depending on these and other factors.

The first thing to note is that both games come in several forms, meaning that there are variations between different games of roulette or blackjack.

In roulette, for example, there are several variations, but the two primary ones are American and European roulette. They only differ in one aspect, which is the number of pockets on the roulette wheel. To put it simply — American roulette has one pocket more than the European version of the game, and that is the double-zero (00).

However, this small and seemingly insignificant difference has some rather significant consequences. It increases the number of pockets for the American version, which also means that players have a greater chance of losing the bet. The European version of the game, which lacks the 00 pocket, also reduces the house edge to 2.7%, while the house edge in the American version of the game is twice as large.

There are other versions, one of which has an option called “en prison,” which appears on the even-money bets. Essentially, if the player bets on black and the ball lands on green or red, they do not lose the bet right away. Instead, the bet goes into prison until the next bet. Then, if the player loses again, their bet will be permanently gone. But, if they win the second round, they get their money back. They won’t make any winnings, but they at least won’t suffer losses.

This cuts the house edge in half yet again, leaving the house with only 1.35% edge.

On the other hand, we have blackjack, with the house edge going from 2.5% to 4% at some casinos. The house edge is the highest when it comes to 6/5 games, and at that point, it is so high that you may as well just play roulette. However, blackjack does allow players to reduce the house edge if they employ a good enough strategy. But, that means that the player has to focus and make good decisions during the game, whereas in roulette, they just need to pick the color of the field or a number.

What do the odds say?

Naturally, different versions of the games come with different odds, but the general probability of winning a blackjack hand, even when you play perfectly, is only 42%. Even in a fair game, the probability can only rise to maybe 50%. The players can improve their odds with a good strategy, reducing the house edge to 0.5%, although this requires concentration, knowledge of strategy, and a fair amount of luck, on top of that.

In roulette, there is a wide variety of bets that the player can make, although expert players tend to go for even-money bets more often than not. This is a type of bet where the players can bet on odd or even, but alternatively, they can also bet on red or black.

Once again, those playing the European version have an advantage, as there is only one green field for 0, as opposed to the American version, where there are both 0 and 00 adding green to the wheel. So, with 38 pockets in total, 2 being green, 18 being red, and another 18 black, the math says that your probability of winning if you bet on red or black is 47.37%. Meanwhile, the house edge is 5.26%.

As mentioned earlier, playing a European variation reduces the house edge to 2.7%, and if you play the one with the prison option, the house edge goes down even more. Even so, the blackjack house edge can go down to only 0.5%, which is much better than what roulette can offer, even under the best circumstances.

Another thing to consider when it comes to deciding which game is better based on odds, winnings, and losses, is the concept of hourly losses. Casinos themselves do this calculation using a simple formula to estimate the profitability of games. The formula is simple, and it involves multiplying the number of bets the average player makes per hour by the size of the average bet.

In roulette, on the other hand, the average number of spins is 50, as it takes a longer time to go through each game. So, if the player bets the same $5, their hourly action drops to $250.

However, under perfect conditions for the blackjack player, the house edge of 0.5% means that the expected loss per hour is $2.50, while the roulette house edge is 5.26%, meaning that, even though there are fewer games played per hour, the expected hourly loss is $13.15 — more than 5 times than in blackjack.

As mentioned before, there is more to casino games than just winning and losing. A lot of people are drawn to them because of the experience produced by the fact that these are social games, where you are likely to be surrounded by others as you play. So, let’s take a look at what are these games like in regards to these aspects.

Casino is a very social place, and you are just as likely to get into conversations with strangers as you are to play games with or against them. With that said, blackjack tables are places where people lead actual conversations, as people are sitting down comfortably, enjoying their drinks, making bets, and having some company in a relatively quiet environment.

The blackjack table is not the most exciting place in a casino, so it doesn’t really draw a crowd, which makes conversations with your fellow gamblers possible, and often enjoyable.

On the other hand, this is not something that you can expect at the roulette table, as players are not the only ones who attend it. Quite often, the roulette table attracts a mass of spectators who are cheering on as the ball rolls around the wheel. Not to mention other players, who also tend to be quite loud when the wheel spins and the ball enters the game.

But, with all eyes on the ball, players also do not feel the urge to check out their peers and start a conversation, being consumed by the spins of the wheel and the jumping of the ball. So, generally speaking, roulette tables are not the best place to start a conversation.

Roulette is there to give you an adrenaline rush

The reason why roulette doesn’t really allow socializing in the way of making conversation is the fact that it was not designed to do that. Instead, it was made to be exciting, to draw in the crowd and make the blood pumping. This is something that makes it similar to craps.

The game is generally easier to understand, it requires no strategizing nor concentration, and all you need to remember is to place your bet. That makes it a good entry-level game, and more often than not, this is a game where newcomers feel the most welcome and where they go to experience that unique feeling that only casinos can provide. The excitement also makes roulette feel like it is moving quickly, even though it is actually one of the slower games in your average casino. And, with roulette, there is always a winner, and the crowd doesn’t mind if it is not the same player over and over again.

Another thing to consider is the number of people who can play each game simultaneously. This is something that will likely be different from one casino to the next, but in some of them, there are chairs around roulette tables, while in others, players are expected to stand while their play.

Obviously, seats take up more place, so there are fewer players who can approach the game and play it at once, which is why roulette tables with no chairs tend to have more people playing at the same time.

On the other hand, blackjack tables can have a maximum of seven players, which would not change even if there were no chairs. If there is an increase in demand, the casino will simply open new tables, as each of them is designed for a maximum of 7 people.

Blackjack and roulette are two entirely different games, with the only similarities between them being that they are both extremely popular and that you can find both of them in a casino. Other than that, they are played differently, they move at different speeds, they offer different odds, they accommodate different numbers of players, and more. As such, comparing them is not exactly fair, as they are simply too different for the comparison to show which one is better than the other.

In the end, it depends on the player, what kind of experience they are looking for, whether they are after random fun of roulette or a careful strategy game that blackjack has to offer, and more. The casino can satisfy all demands, and the only real question is what those demands are in your particular case.

Where to Play Roulette or Blackjack

We recommend you follow our guides to find the best online casinos that offer roulette & blackjack.