Developers VR Connection and Orichalcum Pictures, a hybrid production company founded to explore archaeology through a multimedia lens, have announced that their collaborated VR adventure title, Ryte: The Eye of Atlantis, has been delayed to Jan 27, 2021. The notice of the delay comes after missing the initial release date of December 8, 2020. They released a statement saying the following:

“Due to the remote work adjustments during the COVID-19 second lockdown in France which were necessary to keep everyone healthy, the current version of Ryte: The Eye of Atlantis did not quite reach the technical quality standards that the studio and we have set and wanted to achieve for the release on December 8th.
With so much work and dedication put into this project we feel we owe the players to deliver the most polished experience and decided to postpone the release to January 27, 2021.

We apologize to everyone who was expecting the game today. This decision was not an easy one to make. But achieving excellence is our goal and we apologize for the inconvenience and thank you for your patience”

Ryte: The Eye of Atlantis has players sent back in time to the city of Atlantis before its fall through the Historia Time Travel Agency where they are put into the shoes of an Atlantean who has recently broken out of prison. They must join the task force of clerics and prevent the fall of Atlantis.

To save the day, players will be able to wield supernatural powers like telekinesis to manipulate the environment, decipher riddles, and explore this mythical universe. Throughout the game, players will also be able to make allies with Atlantean like Danae and witness epic battles between giant centurions. Players will have choices to make throughout the adventure that will result in consequences for themselves, their allies, and the city of Atlantis. Based on the player’s choices, there will be four distinctly different endings. 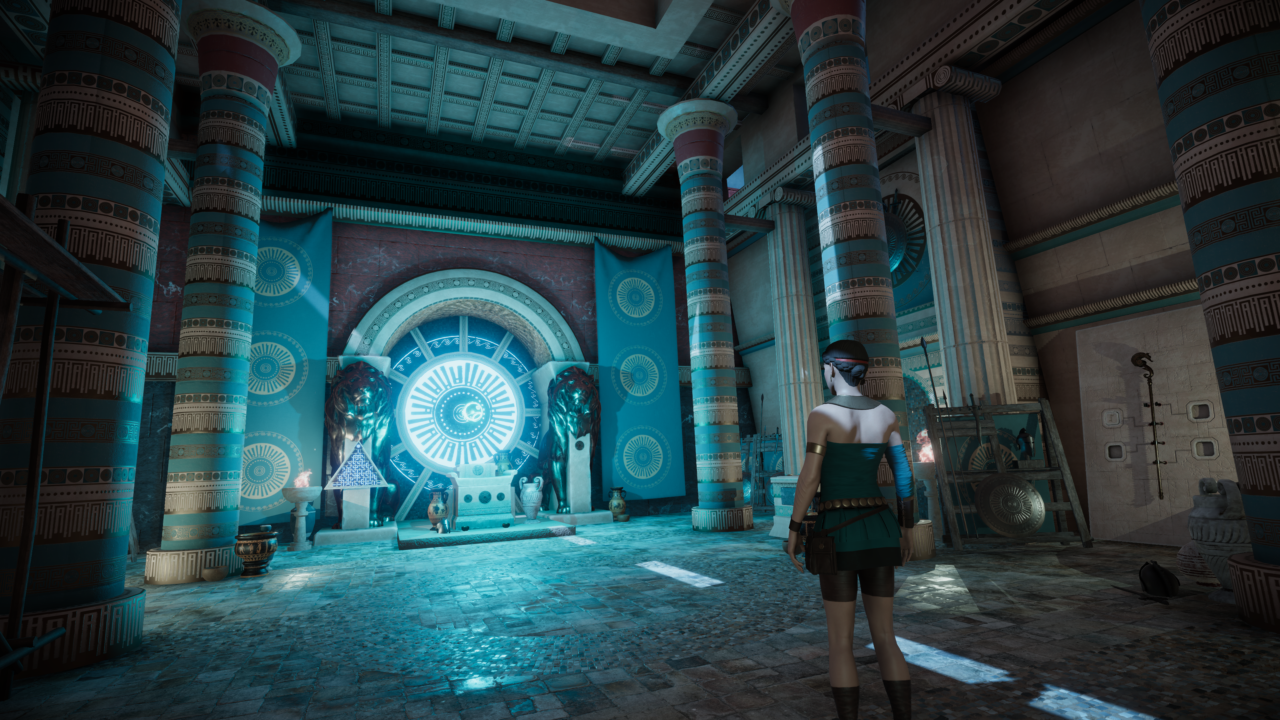 “Our team spent countless hours researching the work of scientists and ancient Greek philosophers in order to craft an exciting yet believable version of Atlantis,” said Clovis Rossillon, President of Orichalcum Pictures in a statement. “We can’t wait for fans of adventure games and historical fiction to embark on their own Iliads and Odysseys soon.”

Ryte: The Eye of Atlantis gets its inspiration from video game classic, Myst, and blends both myth and archaeological history from ancient Greece and Egyptian civilizations to bring the Lost City to life. The aim of the game was to present a true-to-life experience, rich with historical detail and accuracy that is still a fun gaming experience.

Ryte: The Eye of Atlantis will be available for SteamVR and Oculus headsets on Jan 27, 2021.