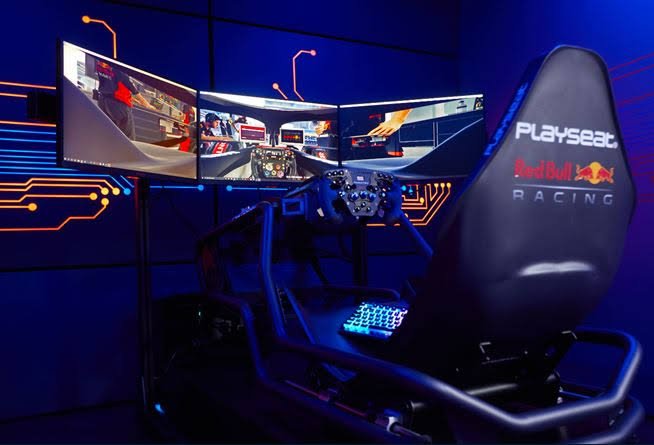 VCO, which is a trailblazer in the simulation racing industry, has left no stone unturned in as far as competitive virtual racing is concerned.

The weekend-long simulation racing event will feature a rundown of 22 teams and a staggering $50000 reward for the overall winner.

ERWC I is here – the inaugural Esports Racing World Cup! 🌎🏆

This high stake tournament will take a three-platform format. This means participants will need to show their expertise in three races including iRacing, Assetto Corsa Competizione (ACC), and the rFactor 2

Each team will nominate five of their most skilled drivers to represent them in the competition. Each platform will have three drivers from each team competing in that race, and the entire entire competition will take place in five stages.

The first stage consists of two 15-minute heats each holding 11 teams. To rank the winners of this stage each team’s two-best-scoring vehicles will be considered for total tally. Only the top five teams in each heat will qualify to move to the next stage, the quarter finals. The rest of the 12 teams will have a last chance race and the two winners of this race will join the 10 qualifying teams in the quarter finals.

Only the six highest scoring teams in the quarter finals will proceed to the semi finals, and only the top two will proceed to the finals. The finals will consist of two mandatory 10-minute races, and one extra race in case the teams are at a draw. Once these are over, the official inaugural winner of the ERWC can carry home their win and their purse prize.

Who Will be There?

The event is also going to spot famous drivers such as; Chris Lulham, Patrik Holzmann, Jeffrey Rietveld, and Enzo Bonito of Redline. Representing R8G there will be Erhan Jajovski, while Jakub Brzezinski and Nikodem Wiśniewski represent Williams. Burst will also come in strong with Jernej Simončič and Michi Hoyer.

To catch all the action, you simply need to turn to VCO’s official YouTube channel of their Twitch channel at 7pm CET.  On 28th January you will catch the ACC, 29th will feature the rFactor 2, and 30th will unleash iRacing

The ERWC I is a calendar event because it also opens the doors for the eSports Racing League (ERL) scheduled for March 2022. The ERL winners will ultimately qualify for ERWC II. VCO’s CEO, Florian Haasper also echoed the event’s importance saying, “With the ERWC, we are starting an exciting new chapter for VCO. Our vision is, together with our competitors, to play a role in ensuring that sim racing continues to develop into a valuable eSports discipline.”

Mortal Kombat 12 Game has been leaked by NetherRealm Studios’ producer, possibly on purpose