Even though it was only officially launched on June 2, Valorant already has a very well designed competitive scenario. There are already tournaments scheduled for the coming months. The nature of the game, after all, is competitive. Riot Games maintains its strong roots in this regard. The game’s main mission has always been to be more of a shooter in the midst of esports.

It is still difficult to conclude whether the game will be able to hit head-on with CS: GO. At audience levels, at least, Valve’s game has been sovereign for years and is unlikely to have a major impact on its fan base. Still, the Valorant differentials can be an attraction for some viewers. Anyway, the scenario seems to be well established and with a paved path to success. Riot released the competitive guidelines of the game during its beta phase, escaping a little from the closed circuit of League of Legends and approaching CS: GO itself.

All the nuances were detailed in a document published by the developer. But the core of Valorant as a sport is in multiple events, promoted by different organizers and with different levels of importance. In the rules established by Riot, there will be three tournament levels: the simplest, with a focus on the local community and a maximum prize pool of US$ 10,000; the medians, made by influencers or brands and with up to US$ 50,000 in prizes; and Majors, created by large organizers such as ESL and DreamHack.

Within each of these “rankings”, there are also specific rules for narration, use of brands and other bureaucracies. The juice of all this, however, is a scenario extremely similar to that of Counter-Strike. The only big difference is that Riot has not yet announced its own tournaments, this should happen soon. 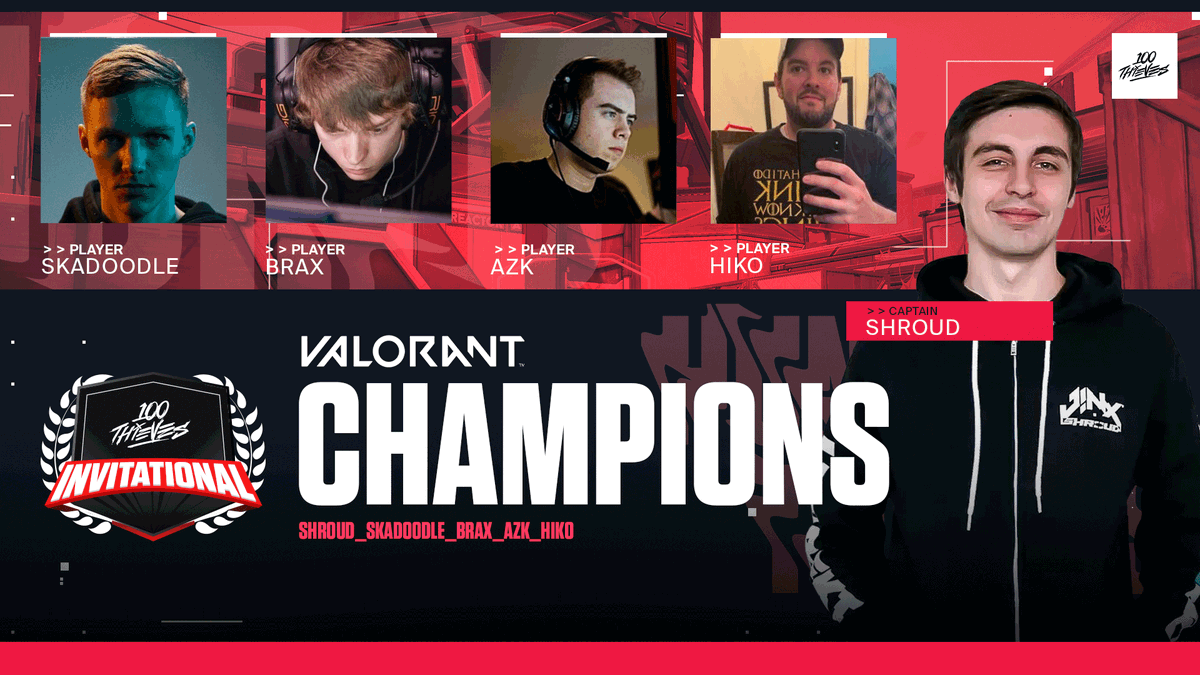 This was one of the championships organized by 100Thieves held in the Beta. (Image: 100Thieves)

In the midst of the pandemic, Riot’s great challenge is to create a strong community without face-to-face events. The popularity among streamers and good Twitch audience numbers are good signs. But the big esports stage is in person.

It is impossible to create a competitive scenario without organizations willing to create their own teams. Fortunately for Valorant, several casts were formed before the game even entered the beta stage. T1, a multi-champion in League of Legends, took the lead with the hiring of Brax, a renegade jewel of CS:GO. The team, however, has not yet announced its fifth player to the squad.

The prodigy has joined the server.

T1 is excited to welcome @brax1wnl to the team as a creator and professional for Valorant, CS:GO and FPS titles!#T1WIN #T1Fighting pic.twitter.com/fsDL9huxlZ

Other major organizations such as Cloud9, forZe, Godsent, Ninjas in Pajamas and Team SoloMid have also announced their entry into the sport. Even before the game launched its full version. Within Brazil, MIBR, Flamengo, paiN and INTZ are names that are already interested in a Valorant line-up. However, no announcement has yet been made.

The teams are usually made up of former CS or Overwatch players who decided to give the chance to another modality. The initial impression is that Valorant works as a “refuge” for these athletes. But it is a matter of time before new talents are revealed. The Sentinels team below, Shahzeb “ShahZaM” Khan and Hunter “SicK” Mims left the Complexity team’s CS:GO.

Time to write the next chapter.

We are excited to announce details about our Valorant team consisting of @sinatraa, @ShahZaMk, @zombs and @SicK_cs.

The arrival in a promising world

Valorant is one of the first great games to emerge when esports are already consolidated. Unlike League of Legends and Counter-Strike. The shooter arrives in a world that is already used to the huge audiences given to electronic sports. Of course, Rainbow Six Siege, Overwatch, Rocket League and even Fortnite were launched when the esports context already existed. But Valorant still has a different aura. Making it clearer than everyone else that your focus is only on the competitive landscape. 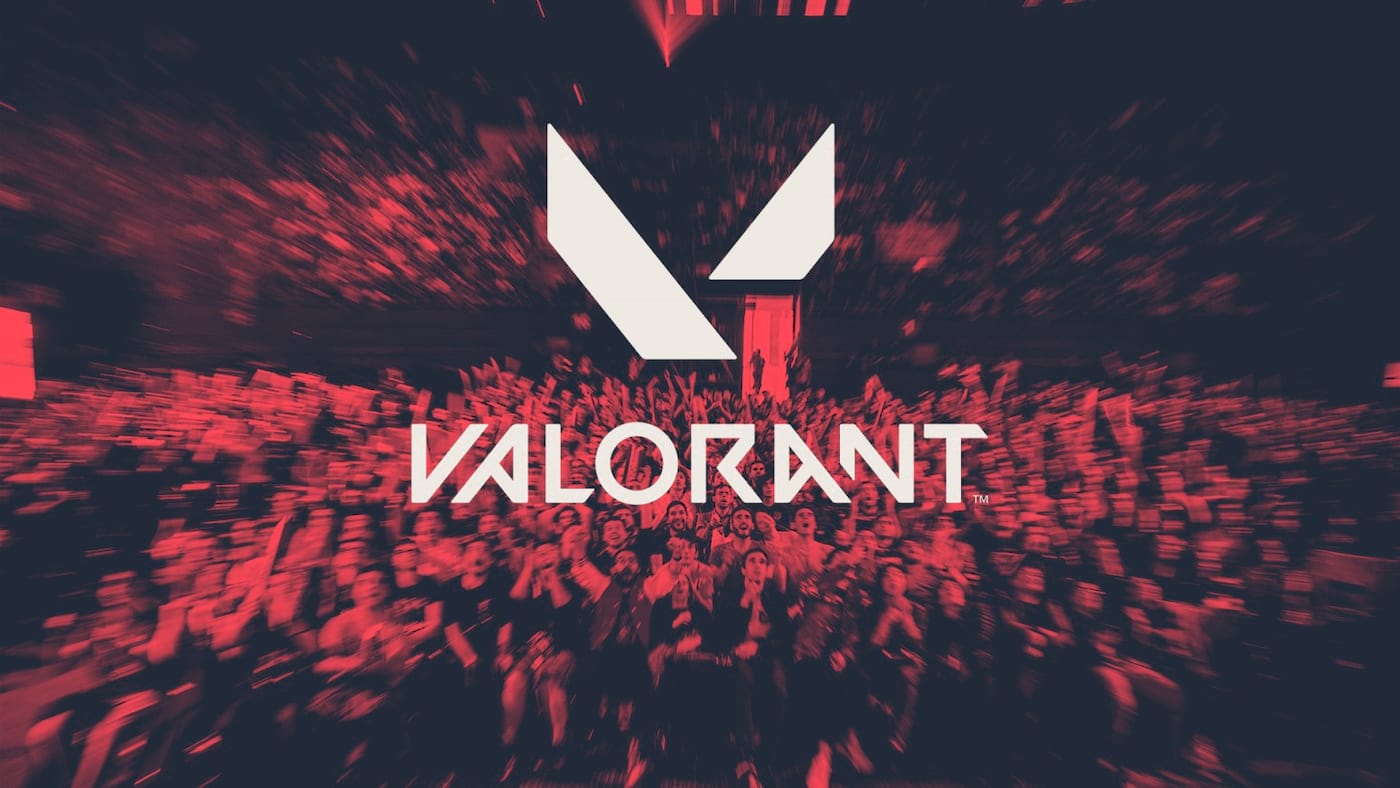 The shooter arrives in a world that is already used to the huge audiences given to electronic sports. (Image: Riot Games)

In Battle Royales, especially, it is easy to see that publishers were slow to find a path to their scenarios. Fortnite, for example, took years to make its World Cup debut. Apex Legends, PUBG and the like can also fit into this. Even Rainbow Six Siege suffers from it. The game is already well established among electronic sports. However, it has just undergone a giant overhaul seeking to expand its base.

Riot, in turn, takes the lead by having extensive expertise acquired in both League of Legends. Watching what rival CS: GO has done over the years is also a positive point. The reflection of this is precisely in the broad interest of the teams in forming Valorant casts, in addition to championships that took place even when the game was in beta.

That said, only the future will tell if the game will be swallowed up by its predecessors, or if it will be one of the first to break this dyad formed by LoL and CS.