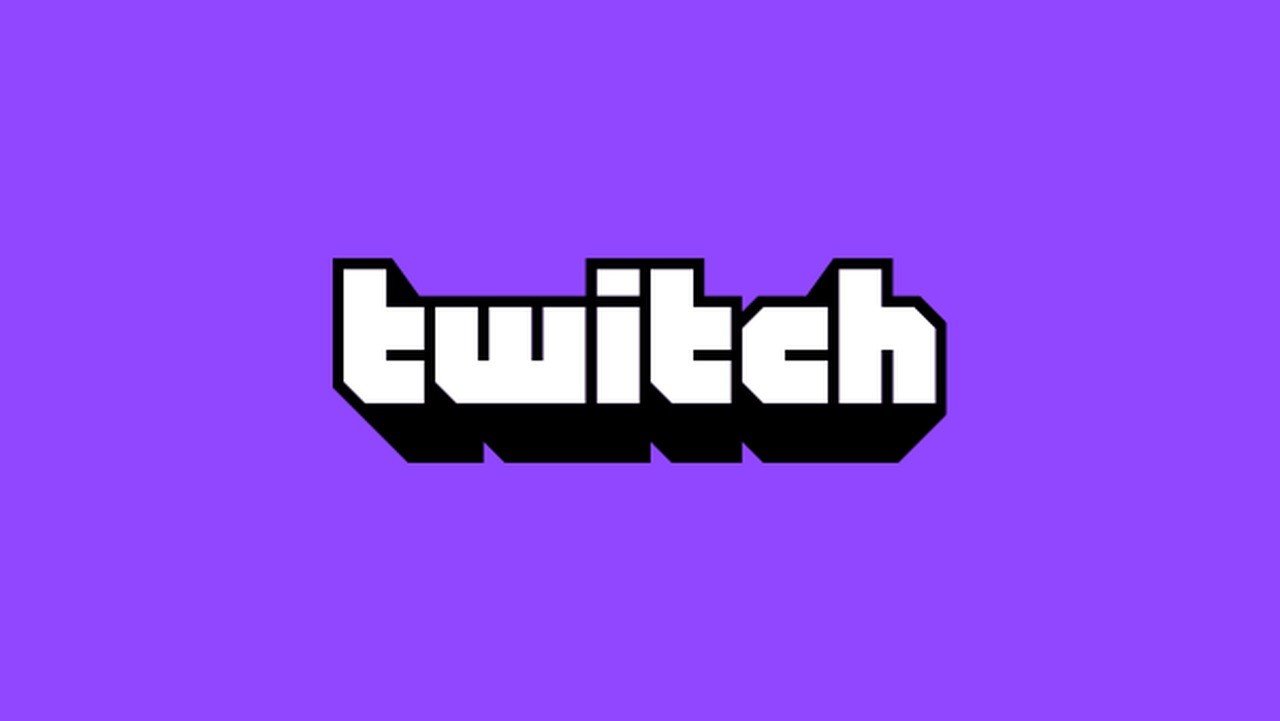 For gamers planning to stream their gameplay, Twitch is one of the primary options. Despite the downfall in the growth of streaming platforms for several reasons, Twitch continues to be a leading platform for the streaming community.

All these years, the website had not made any significant change in its core design, apart from regular tweaks in the UI. Hence, for the last ten years, the desktop experience of the platform has remained more or less consistent.

Until now, users would scroll through the category page and discover whichever streamer is live and click on the ones they want to watch. This has been the layout of the platform for all this time.

However, according to a tweet from Twitch partner Lowco, the company has decided to roll out a change in its layout to boost discoverability. The update seems to be receiving strong reactions from the audience.

MASSIVE TWITCH UPDATE: Twitch is experimenting with a whole new way to browse streams. This looks to be a *game-changer* for the viewer experience and a big win for smaller creators!

Here's what it looks like and why I think it's so good ⬇️ pic.twitter.com/GgpmV5tWeQ

Twitch intends to boost the growth of smaller channels by increasing their discoverability through this change in layout. The idea is to auto-play live streams as a user scrolls down the category section in small windows, with the option to play sound.

This way, users get the option to decide whether they want to continue watching the stream. This is how it looks. A noticeable feature as of now is that the auto-play preview doesn’t show ads. However, whether this will stay the same or not, stays unknown till the main release.

There are varying reactions from different viewers of the platform, both positive and negative ones. Some users are vouching for the change. 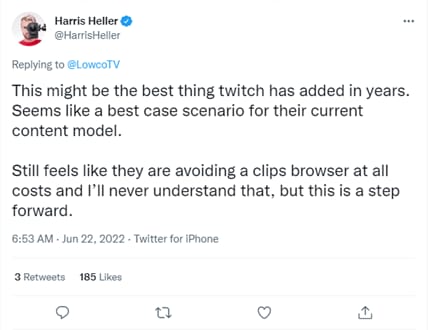 Meanwhile, others think that new change has made the UI complicated. 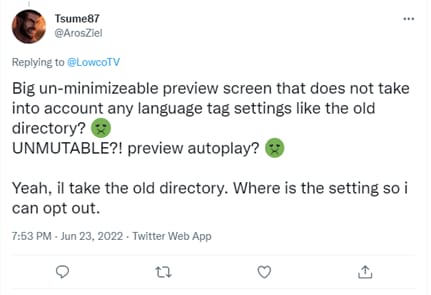 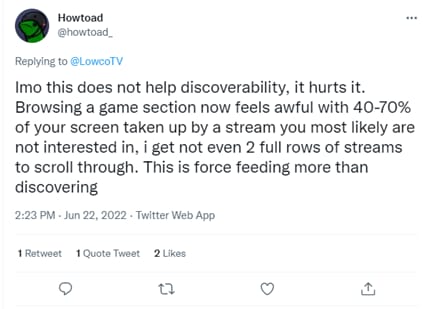 Anyway, the platform is going to bring in this new change in layout after it is done taking feedback from its beta users. It is best to wait and let the viewers decide whether this layout update is good or bad.