Tokyo Chronos developer, MyDearestInc, had announced in late 2019 that they would be working on a sequel to be released in Q4 2020. Recently, they dropped a new trailer of their upcoming game, ALTDEUS: Beyond Chronos revealing more story and game details. Following the critically acclaimed and public beloved VR mystery title, MyDearestInc hopes to expand on their original’s success with twisting narrative with multiple choice based paths. 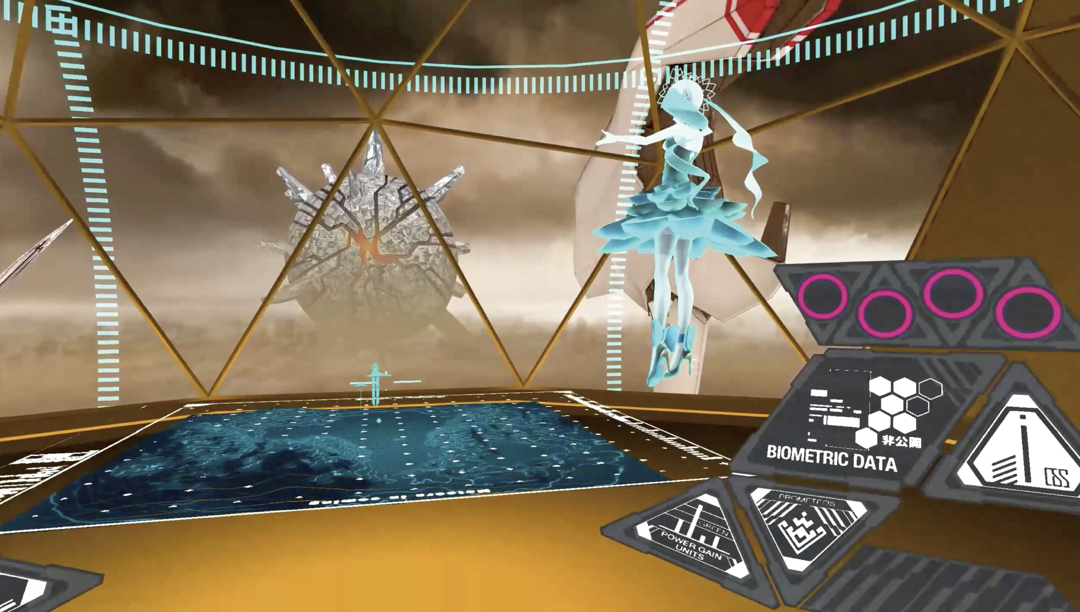 ATLDEUS: Beyond Chronos takes place in a world where humanity has taken refuge underground from a group of deadly monsters called the Meteoras. The game is set about 300 years after the events of Tokyo Chronos. Players take the role of Chloe, a genetically enhanced supersoldier who aims to save humanity from extinction and avenge her only friend, Coco who was tragically killed by the monstrous Meteora.

“The response to Tokyo Chronos was incredible, but our community felt like we couldn’t stop there. We had to continue exploring that world,” said Haruki Kashiwakura, director in a statement to VR Focus. “ALTDEUS propels us into the future with an all-new cast, taking us to brand new highs in VR storytelling. We think this new saga is even more ambitious and only improves upon the formula from Tokyo Chronos.”

As a member of the anti-Meteora organization, Prometheus, players pilot a giant mech known as the Makhia to face off the monsters with the aid of their AARC (Artificial Augmented Reality Crystal), Noa, who helps them through song. Noa also looks very similar to Chloe’s deceased friend and creates friction between the two. As an interactive experience, ATLDEUS will give players multiple endings based on the choices they make as Chloe, as they try to find out the truth of the hellish Meteora and the AARC.

Bringing his unique anime aesthetic, design and bold color scheme, character designer LAM, famous for his work on Persona 5 and Fate/Grand Order speaks in a press release to Gamasutra about his experience.“TOKYO CHRONOS marks my first leap into VR and with the release of ALTDEUS, I want to showcase a new side of my work,” said LAM. “It is my most ambitious project to date, and I think my work with MyDearest will continue to breath vibrant new life into the VR scene.”

ALTDEUS: Beyond Chronos is currently expected to be released on Q4 2020 on Oculus platforms (with more headset releases to be announced soon), available with English and Japanese voice acting and Chinese (Simplified), German, and French subtitles.

League of Legends: Yone is the new champion announced