On January 7th, Tencent and PlatinumGames have announced that they struck a partnership. What exactly does this entail?

The full announcement was published on January 7th and can be read here. Kenichi Sato, a president and CEO of PlatinumGames, took a moment to say that this partnership will have no effect on a company’s independence. Actually, the real goal of it is to “… strengthen our foundation as a business and expand from game development into exploring self-publishing.”. According to the head producer Atsushi Inaba, this is “something that has never been done before.”. PlatinumGames hopes that this move will be a great promotional tool. Judging by the quality of their games, this is something they certainly do deserve. We wonder if this means that PlatinumGames will also publish games from smaller developers.

Bayonetta 2 is PlatinumGames strongest title yet

This move was coming for some time. Tencent also partnered with Nintendo in 2019, which published Bayonetta 2, Astral Chain, and The Wonderful 101 in order to promote Nintendo Switch in China. These are all excellent titles made by PlatinumGames.

For uninitiated, Tencent started as a massive Chinese internet and media company. Last few years, it’s been buying shares of popular gaming developers like crazy. Aside from completely owning Riot games, it has bought parts of Ubisoft, Epic Games, and Activision Blizzard. Today, Tencent is the largest gaming company in the world and its appetite is still growing.

At the end of the last year, Tencent announced that START, it’s cloud-based gaming service, is currently in the beta phase. The company is preparing for the arrival of 5G technology, and some people speculate that by 2023 China will have the biggest cloud gaming market.

Tencent Start is currently offering a dozen of games, including Fortnite, NBA2K, and Path of Exile

Spread the love
Related Topics:BayonettaPlatinumGamesTencent
Up Next

What to expect from Nintendo in 2020?

The new season of Fortnite, which added skins, weapons and Marvel-themed items, has been a lot of fun for those who play battle royale outside the competitive landscape. And it has been a full plate for content creators. But the update has been the subject of constant complaints from professional players. American Bugha, one of the biggest names in electronic sports and last year’s World Cup winner, expressed his indignation on a social network.

why am I playing a comp game with superpowers???????

Bugha refers to items that simulate superpowers used by Marvel heroes and villains. Among the new superpowered weapons available in the game, at least two of them are competitive so far. Two powers of Doctor Doom, a glove that casts lightning without stopping and a ball of energy that destroys buildings. 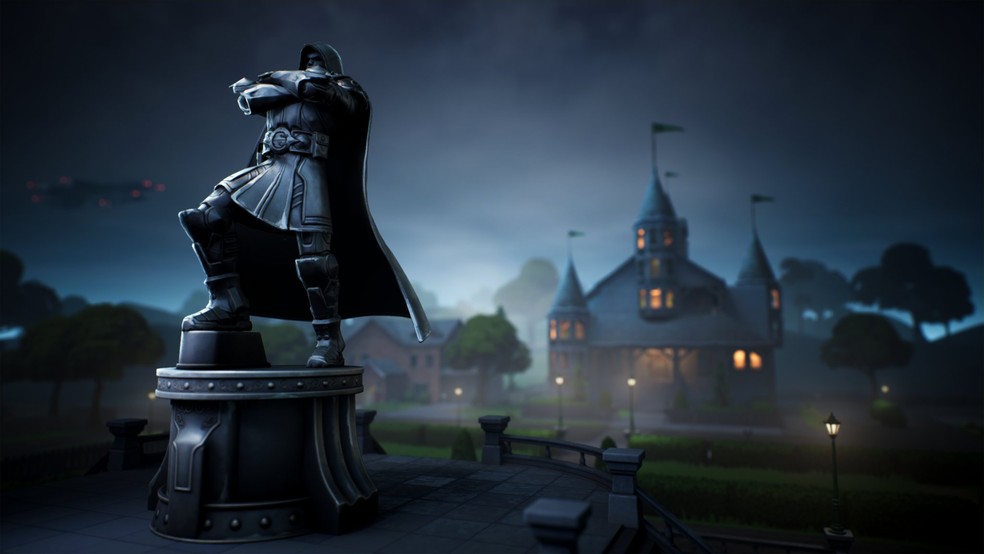 For Brazilians Mojak and Spitflow, these new powers should not be in competition.

“In a championship, for example, if you use mythical powers you can easily make a trio focus. A trio becomes focus when several other opponents start shooting at the same building. With infinite ammo or a stronger energy ball , the walls are destroyed more quickly “.

“A trio with stronger items than everyone else gains an advantage over that. Example is Doctor Doom’s gauntlet that unleashes” bullets “endlessly”

Therefore, it is common in competitions that several players struggle to dominate this point in search of weapons. With 100 players in a match, only one will be able to use the items.

Other powers were only in casual play. Like a powerful Iron Man beam, and blows with Wolverine’s claws. Something that, for the professional player Blackoutz, should also happen with the weapons of Doctor Destino.

Complaints are not exclusive to superpowers

Professional dissatisfaction with weapons or unbalanced items goes beyond the new superpowers. The dance grenade, for example, returned to the game this season and is practically a negative unanimity between them. With that, Epic Games decided to take the dance grenades out of Fortnite’s competitive mode. The latest update has been subject to constant complaints from professional players as mentioned above. 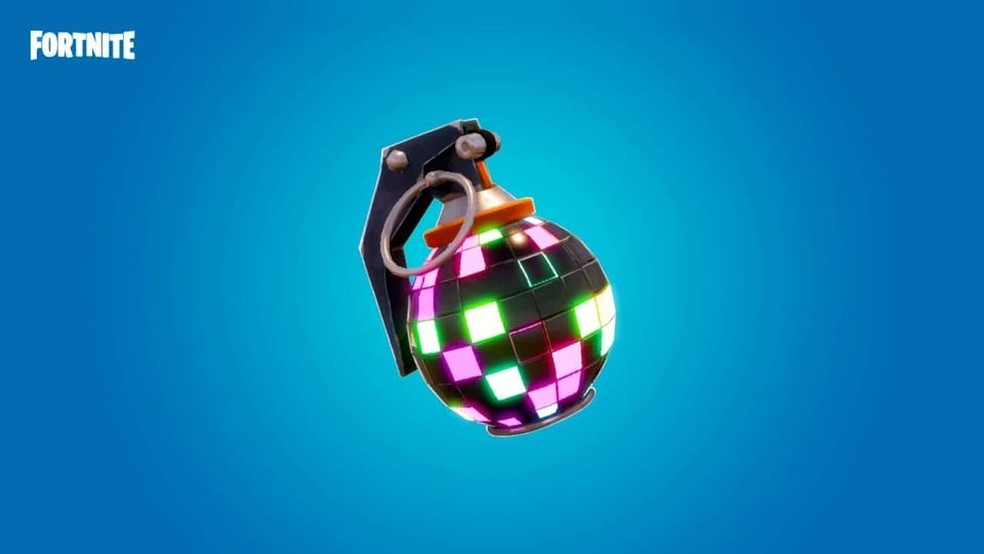 The dance grenade is one of the most criticized items in Fortnite. (Image: Epic Games)

“The item does things that don’t have counterplay or the counterplay isn’t enough,” explained Blackoutz. “The grenade makes the opponent dance for a few seconds, preventing him from firing and countering the blow – leaving him completely vulnerable to opponents.”

“Both deal 200 damage, which, in my view, does not guarantee a fair fight. This hinders the championships, as the players no longer depend on their ability, but on luck”

The complaints have not started this season. In the last two, mythical weapons dominated the discussions. These items were found only in bosses located at specific points on the map. And who dominated those points, ended up finishing the season winning the main tournaments.

In season 2, the Brazilian Frosty won the FNCS Invitational with the mythical scar and grappler – considered the most unbalanced items of the time. The following season, another victory for those who conquered the ground with the best weapons: the Argentine K1ng dominated Toca do Gato and won with the grenade launcher.

Despite the duo’s undeniable talent, many opponents questioned whether the results would be the same if these mythical weapons were out of the championships.

Games on Steam is a weekly installment that tackles the latest and greatest Indie games on this popular platform. Today, we talk about frustrated toys, futuristic racer, awe-inspiring ancient worlds, and one chill monster.

To start, we have a relaxing puzzle adventure that puts you in the role of a cute monster eager to learn more about the mythical human race. The game comes from Draknek, a studio that made Cosmic Express and A Good Snowman is Hard to Build. Similarly, A Monster’s Expedition also features smart puzzles that revolve around pushing trees and creating pathways to reach new islands. Furthermore, the game is absolutely huge, and can easily glue you in for hours on end.

A warm and inviting world is filled with smart puzzles Steam

You came to your grandmother’s house for a visit. In it, you find your childhood toys, although they are not as innocent as they once seemed. Unfortunately, they become erratic at night, and you will have to monitor them through toy cameras to keep a safe distance. This is a basic premise of Angry Toys, a horror game with a vibe that’s very similar to 5 Nights at Freddy’s. If you are a fan of survival games that rely on jump scares and creepy toys, you can’t go wrong with this one.

Inertial Drift is not your typical arcade racer. For one, developers decided to completely reimagine the usual mechanics by bringing in twin-stick control mechanics. It’s fairly easy to pick up, but mastering it will prove to be challenging. Especially considering each car handles differently. Inertial Drift also has a distinct, retro/comic visual style that looks very cool. If you are at all interested in cars, you won’t be disappointed with this baby.

Next, we have a prologue of a promising upcoming adventure. Omno is a vivid ancient world full of mystery. You will explore it as a small kid, and on your way, you will befriend strange creatures and solve various puzzles. Although it is fairly short, Omno immersed me immediately and it’s has a great potential.

Lastly, here’s an action-adventure roguelike Indie called Fantasy Expedition. In it, you are ordered from Heavens to go on an important expedition. To survive, you will have to carefully build a powerful army by combining the unique skills of each follower. Also, the game lets you decide if you want to micromanage your army or let AI take care of everything, which is cool. All in all, Fantasy of Expedition mashes elements of Slay the Spire and auto chess successfully and can easily be enjoyed.

Games on Steam is out every week. Previous edition featured a badass murder mystery you don’t want to miss.

League of Legends (LoL) receives champion Samira. The game had the official Patch Notes 10.19 released by Riot Games. The update is of great importance to the esports scene, as it will be used in the 2020 LoL World Championship. The highlight was the confirmation of the newest shooter Samira. It is scheduled for release on September 21, 2020 along with its secondary PsyOps skin. As well as the already video standards demonstrating the operation of each one of them in LoL. Next, check out more details about the new champion. 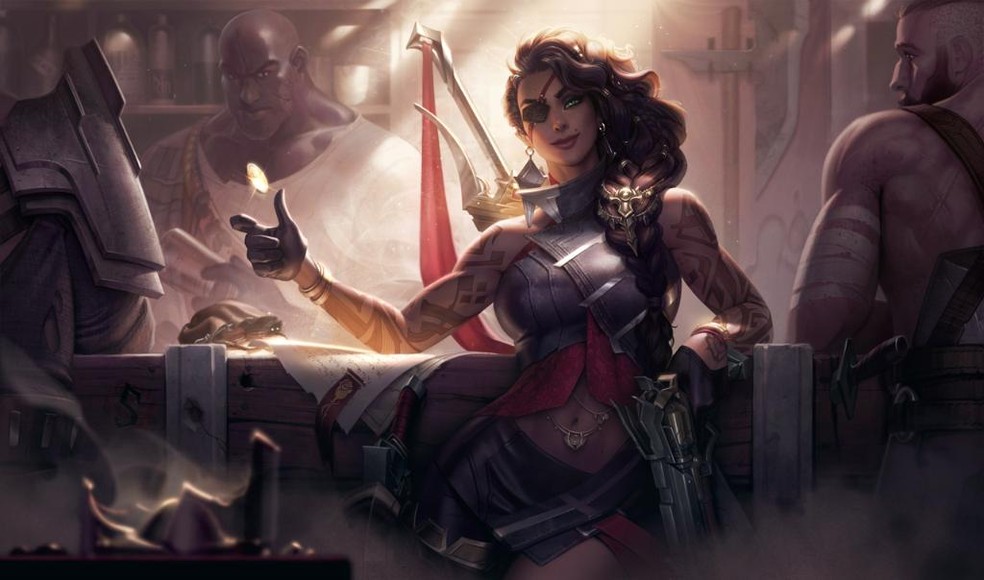 Samira is new to this Patch Notes 10.19 in League of Legends. (Image: Riot Games)

So far, Samira’s skills had been shown quite superficially in her official trailer. With the skills summary, you can now get a better sense of your potential in Summoner’s Rift. Below, check out the passive and skills that the new shooter has:

Sequential and unrepeated skills increase Samira’s Style score by one letter, ranging from ‘E’ to ‘S’. Each Style score grants her additional Movement Speed. Samira can deal damage from a distance with his pistols or melee with his sword. The sword deals additional magic damage. In addition, the champion can toss enemies whose movements have been weakened by her allies into the air, prolonging the displacement effect.

Samira fires directly with his pistols at a distant enemy. Opponents within melee range take a sword strike instead of a shot.

Samira spins the sword around her, dealing damage twice to nearby enemies, in addition to destroying opposing projectiles that are within the area and that enter the area during the skill.

Samira advances and cuts through enemies (and allies) dealing magic damage and gaining additional Attack Speed for a period. Eliminating enemy champions resets the cooldown of the ability.

Samira fires a volley of shots, hitting all surrounding enemies ten times over the duration. Each shot deals Physical Damage, applies Life Theft and can cause Critical Strike. She can only cast the ability if her Style score is ‘S’ (maximum).

Riot Games says the new PsyOps-themed skins will be released in this update. While Kayle, Zed, Pyke and Viktor received their PsyOps skins this Thursday (17th). Along with the LeBlanc Championship skin, Samira wins the skin on its launch, on September 21, this being its secondary skin. It is a military style outfit with several futuristic and technological elements. The other champions who already own their PsyOps outfits are Ezreal, Sona, Shen, Vi and Master Yi. 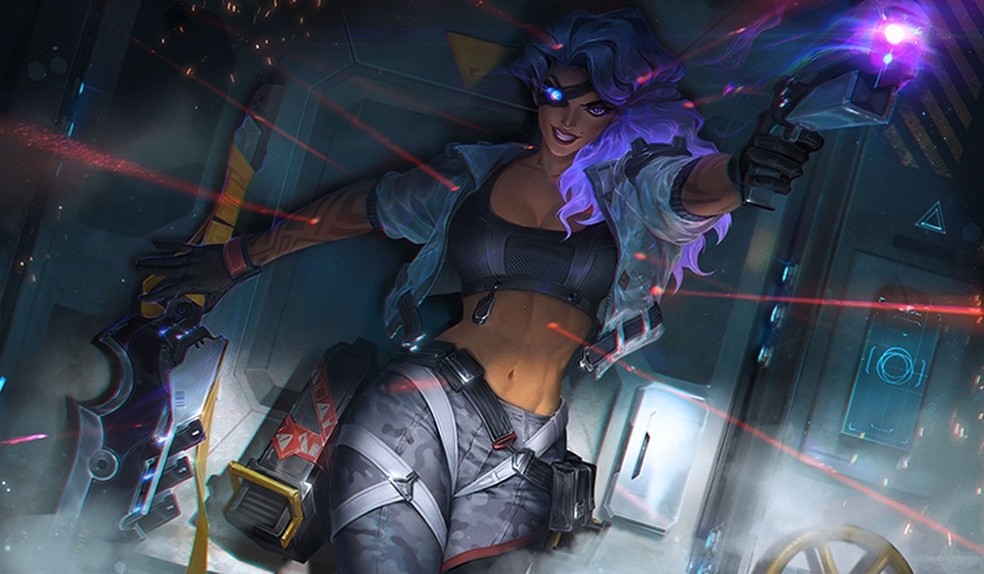 Samira PsyOps will be available at the champion’s launch. (Image: Riot Games)