TeamFight Tactics (TFT): Fates Set 4 is now available on PBE, the League of Legends (LoL) test server. The new set is expected to be released in the patch update 10.19 for Riot Games games, on September 16. Set 4 has 58 characters, class updates, origins, gameplay changes, new arenas, small legends and the unprecedented Star Fragments system to improve them. Everything to build comps and new strategies. In addition, the Destinations Pass, obtained by Riot Points, will offer exclusive items to buyers. Next, stay on top of news about the new TeamFight Tactics set. 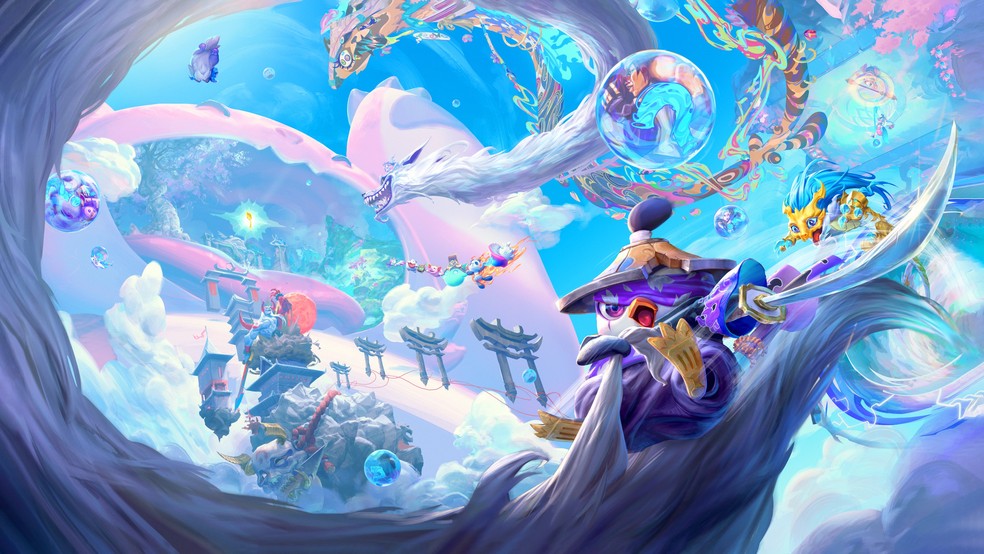 TeamFight Tactics: Destinations innovate in and out of the game. (Image: Riot Games)

Changes have been made to TeamFight Tactics: Galaxies. The galaxies, a system that changed the dynamics of the game, were removed. In place, “Mechanics of Destinations – Chosen” enters. A Chosen champion appears in the store at random. These characters are already two stars and cost three times more than the champion a star.

Another improvement offered will be your origin or class counting as two, making it easier to obtain bonuses. Finally, the Chosen One receives 200 health and a unique additional attribute, which can be 500 health, 35% Ability Power, 50 Attack Damage or 25% reduced Mana cost. Other “Chosen” champions only appear in the store if there is no other in their field or bank. 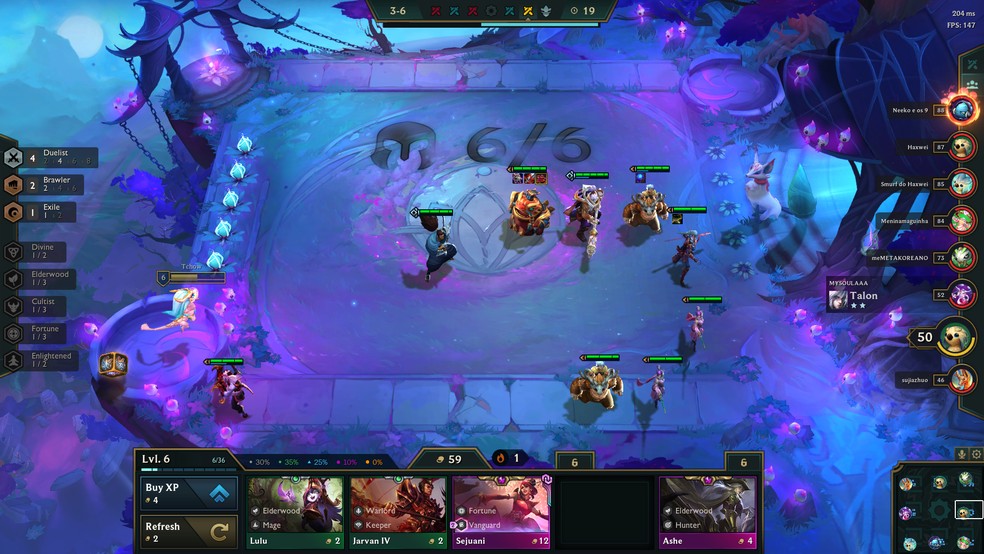 New experience and mechanics costs for the Chosen are new from Destinations. (Image: Teamfight Tactics)

Another change made to League of Legends’ Auto Chess is the experience cost at certain levels. From level six, costs have been increased. Now, from level six to seven, you will need four more experience points. From seven to eight, the same thing. Only from level eight to nine will eight more experience be necessary in relation to the Galaxies group. Finally, new combinations of items were added, such as the Gargolitic Plate, the Solar Fire Cape, among others.

New Little Legends were included in set 4. As in other updates, the characters are presented with a specific theme. This time, it will be the dragons Ao Shin, Umbra and Choncc. All can be obtained directly from the store and cost from 750 RP to 925 RP. Dragons can be acquired through Eggs. 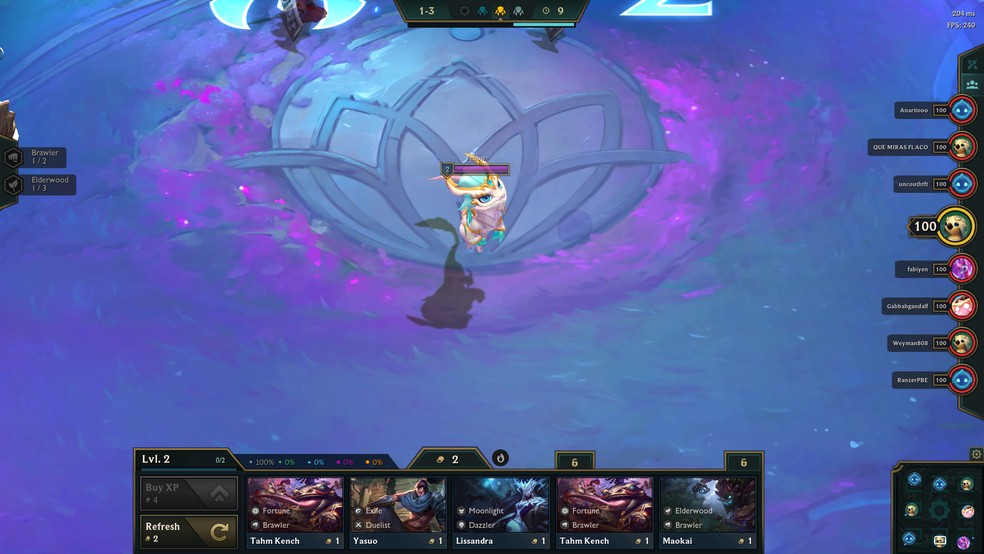 Ao Shin is one of the three new Little Legends. (Image: Teamfight Tactics)

The new arenas cost 1380 RP each and can be obtained by a package, with the three, worth 2900 RP. Festival, Kanmei and Akana bring the Ionian style to their board and react to the victories, defeats, combos and slaughter of three-star champions.

One of the main novelties of the update will be the Star Fragments. The new tool facilitates the search for Little Legends in its larger versions. Fragments can be obtained by purchasing at the store and cost 625 RP to 5000 RP. The most expensive packages have bonuses. Another way to receive these items is by purchasing the Pass + Destinations, which will give you 300 Star Fragments at the time of purchase. 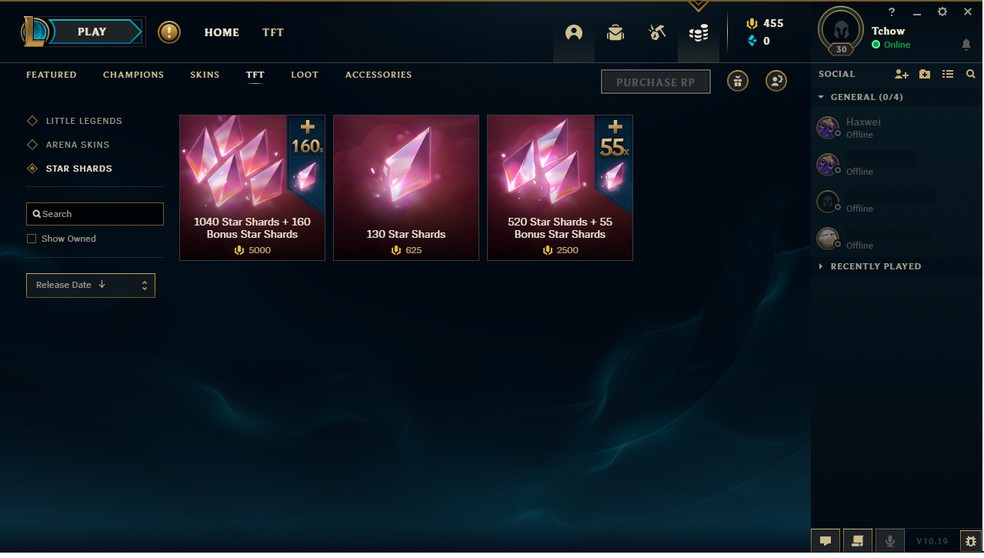 In the new set there will be 13 classes available to players. Some of them are already known, like Assassin, Fighter and Vanguard. The others are: Adept, Sniper, Hunter, Duelist, Emperor, Mage, Mystic, Blinding, Patron and Shape.

Riot Games brings some recurring and original origins, as well as classes. With the joining of characters, several combinations will be possible. Exiled and Ninja have already appeared in other sets, while Tormented, Twilight, Cultist, Divine, Spirit, Fortune, Illuminated, Lunar, Warmaster, The Chief and Elder have emerged for Destinations.

Valorant: Tips On How To Play With The Character Viper