The Oculus Quest has been seeing an increase in ports to its library. With a recent announcement on the birthday of Nikola Tesla, another name can be added to the list. Game developers, Tequila Works,  have announced that they will be porting their murder mystery drama, The Invisible Hours, to the Oculus Quest “soon.”

Truth is a matter of perspective.

Set in the 1870s, the murder mystery of The Invisible Hours has seven characters trapped within a gothic mansion on an island in the middle of the lake smack dab in a storm of torrential rain. In a very Agatha Christie fashion, these characters all have nothing in common with each other except for the fact that they are all suspects in the murder of the owner of the mansion, Nikola Tesla himself. 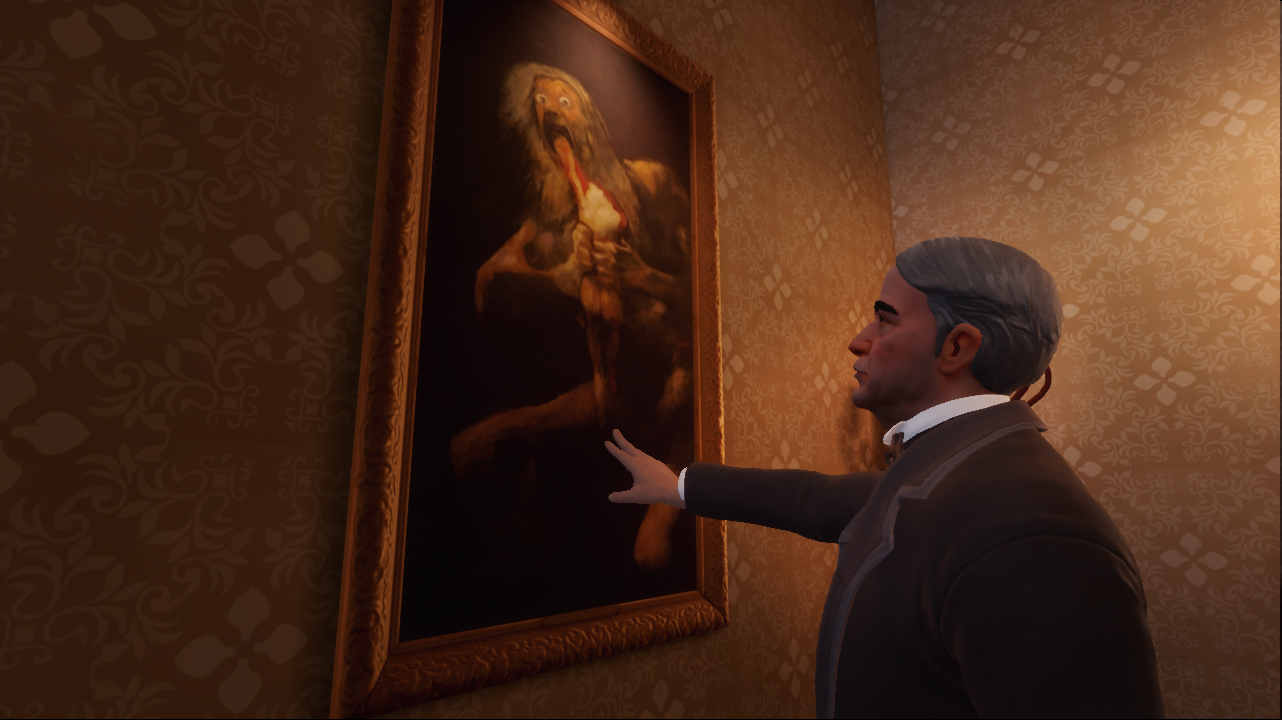 Players are not put in the role of a character but an outside observer, a ghost, who can’t be seen or heard by any of the suspects as they go about their investigation of the murder. What The Invisible Hours does differently from many interactive adventure games is that the context of the murder is not found through dialogue interrogation or clues found from puzzle-solving minigames, but purely through listening and observing the suspects.

The thing of the plot is that at any given time there are multiple story threads playing out. So it is up to the player to follow whichever story they find interesting or will lead them to solve the murder of the famous inventor. So if you follow one character’s storyline, you will be missing other scenes taking place in different parts of the mansion. Tequila Works’ approach to integrating human curiosity into their core mechanic relies on their story structure they refer to as the ‘Spherical Narrative.’

The Invisible Hours is built out of dozens of motion-captured scenes that all have to begin and end at different times – but must all fit together into one giant sphere of uninterrupted story, says Narrative Director Rob Yescombe in an interview with Gamasutra. Before you can even begin, Spherical Narrative is trapped inside a paradox: you have to know how long every single scene is going to be – to the exact second – before you write it because the length of every scene is dependent on the length of all the others.

He adds, “In an attempt to crack this paradox, I started by writing a scene-by-scene outline from each character’s perspective on their individual story, then placed them into a grid representing units of time. At this point they may look synchronized, but not only are the varying lengths of every scene a consideration in synchronization, we must also apply the unique distances that characters need to traverse between their scenes in varying locations, the speed at which they need to cover those distances, and the impact those factors will have on the scenes that they are traveling to interrupt. If any one of those puzzle pieces is off by a single second, the whole thing breaks. But now, imagine multiplying that problem across dozens of scenes, across five floors in the mansion, across seven interwoven stories.”

While initially released for VR in 2017, The Invisible Hours did get a non-VR version for the PS4, Xbox One and PC included with full 4k support. So if you haven’t played and are interested, you don’t need a headset to take part in this intriguing voyeuristic take on the murder mystery genre.