League of Legends (LoL) and Teamfight Tactics (TFT) receive Patch Notes 10.21 this Wednesday. The update brings the launch of the Odyssey series. With skins for Aatrox, Karma, Kha’Zix, Sivir and Twisted Fate. In addition to the standard balance, Riot Games should release, during the patch, the Halloween themed skins for Amumu, Elise and Fizz, chosen this year. There is still the launch of Kassadin Hextech. For TFT, the producer has prepared more drastic changes. This can alter the metagame by touching champions, traits and items.

League of Legends brings a large number of cosmetic items that are available during Patch Notes 10.21. The Odisseia skins line, which already had Yasuo and Jinx, receives four new characters. Inspired by an intergalactic series from an alternative future, with heroes looking to save the universe and others trying to destroy it, Odyssey features Aatrox, Karma, Kha’Zix, Sivir and Twisted Fate. All skins arrive with chromas, which cover Kayn and Zed. Summoner icons on the theme will also be available. 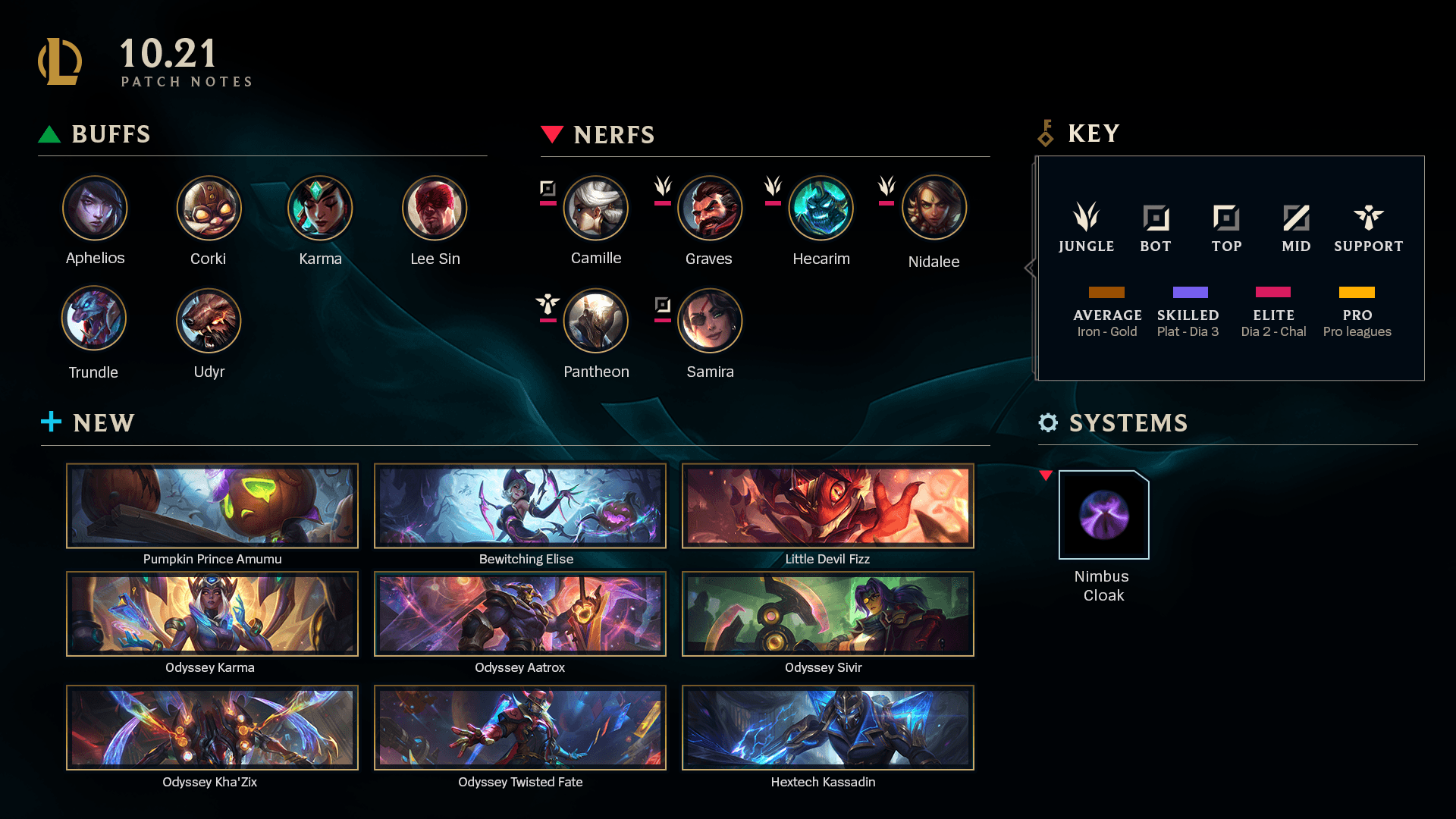 Another important change is in Aphelios, known for having a supremacy in the lower route and receiving many nerfs, the Sniper will gain power. The champion’s liabilities for lethality grew stronger, receiving 3/6/9/12/15/18 ao instead of 2/4/6/8/10/12. The Plenilunius Watch (R) ability is buffed on four of the five weapons. The last champion to appear in Summoners Rift receives nerf. Samira’s Indomitable Streak (E) will have a longer Cooldown and reduced Attack Speed. 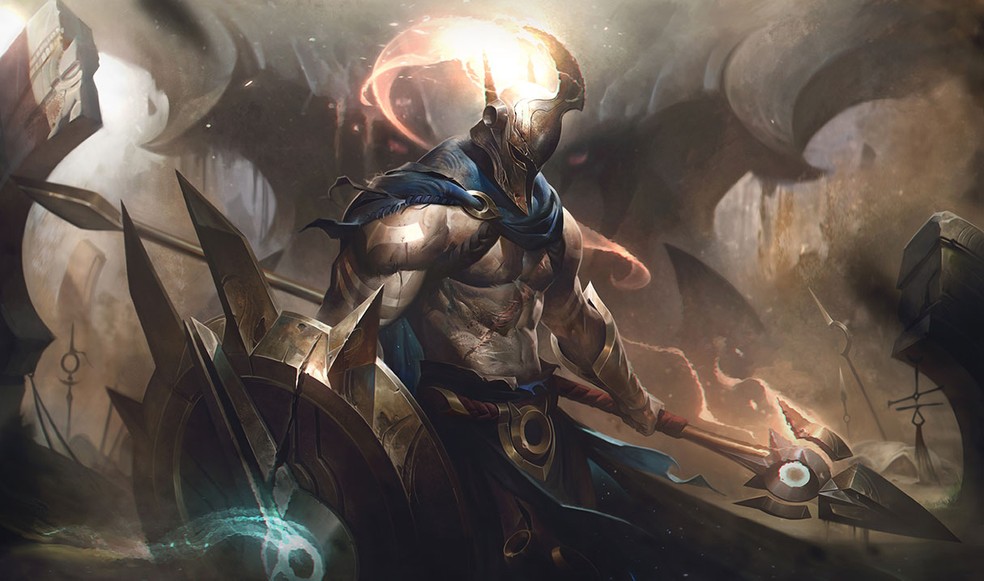 Riot changes Pantheon to affect him as a Support. (Image: Riot Games)

The last major modification was the Nimbus Cloak rune, which receives a reduction in Movement Speed gained from 10/20/30% to 5/20/35%. Movement Speed duration also decreases from 2.5s to 2s.

As usual every year, Riot will launch skins for Halloween. Amumu Prince Pumpkin has a pumpkin on his head. Elise Feiticeira wears a witch’s hat and her spiders also have a pumpkin head, just like Amumu. Finally, Lucifizz follows the same idea as Little Capeteemo and has a light pun on his behalf. All red and with a trident, complete this year’s trio. Like Odyssey, they all receive chromas. Morgana Feiticeira and Pequeno Capeteemo also win the cosmetic. 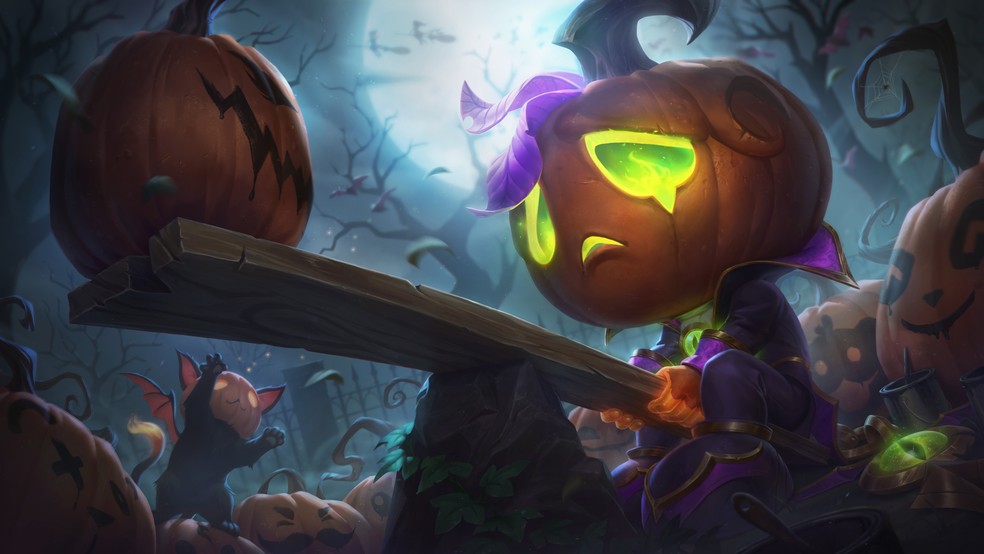 Amumu Príncipe Pumpkin is one of the Halloween 2020 skins present in Patch Notes 10.21. (Image: Riot Games)

Teamfight Tactics is undergoing strong and important changes in this Patch Notes 10.21. With changes planned for champions of contested compositions, features and items, the game should undergo a radical change in the goal. Ahri, one of the main characters in Patch Notes 10.20, is one of those who suffered nerfs. With a reduction in Life, from 650 to 600 and from 500/800/4000 in Damage, to 500/750/3000, the nine-tailed fox loses part of what made it so popular. 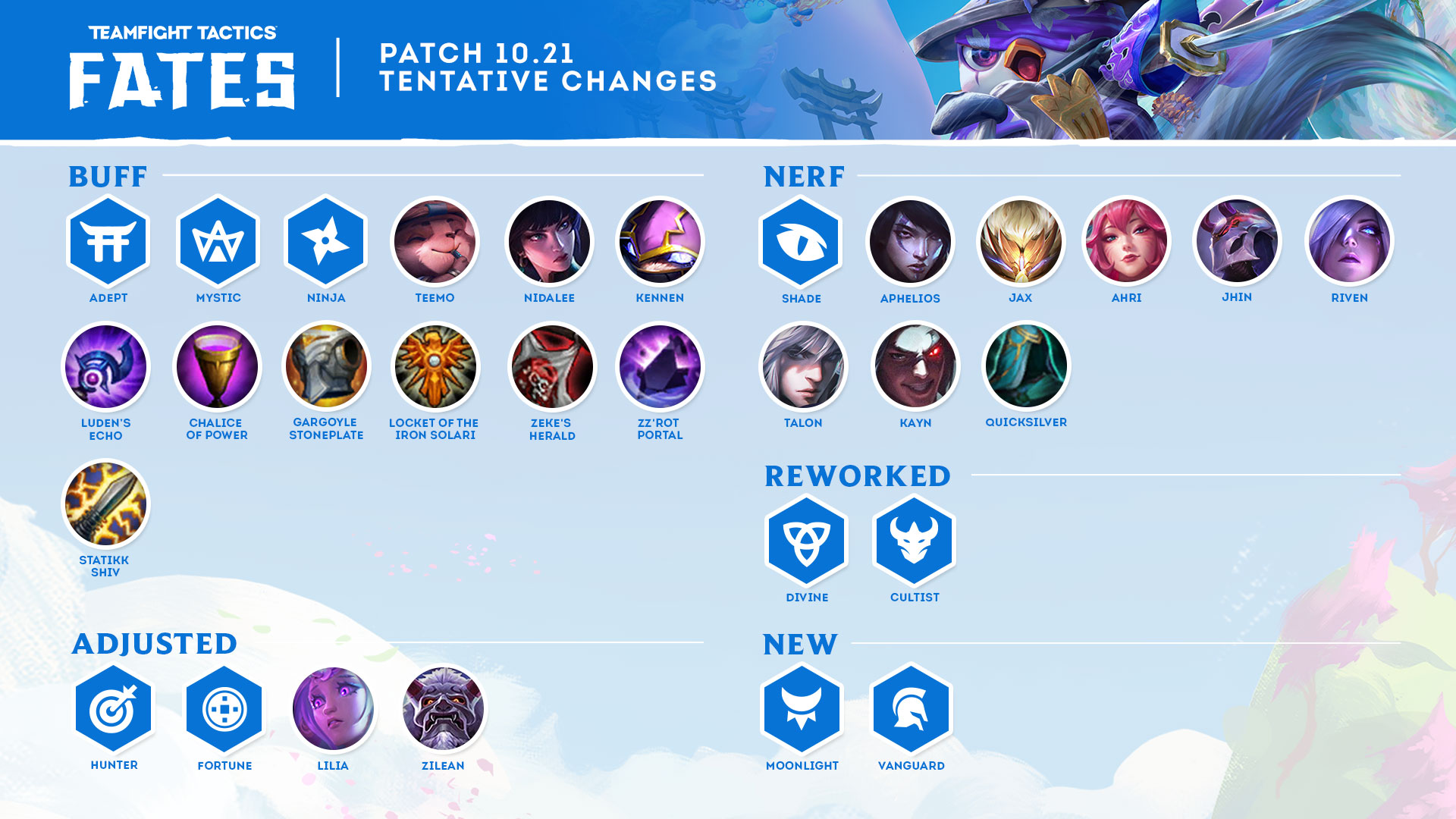 Other impactful changes in the game must be in the balance of the strokes. Nine classes and origins are expected to change. Among the buffs, the highlight goes to the Ninjas. When activating the origin with the four characters, the Physical Attack and Magic Attack gain is 150, 30 more than the previous 120.

Riot also focused on reducing the power of the Shapes, while increasing the Damage by activating the trait’s ability, the number of attacks required increased from three to four. Finally, they added a new synergy to the Lunars and Vanguards. By bringing together five characters from the origin, the two Lunars with the fewest stars get one.

In addition to characters and traits, some items have differences in their numbers. Medallion of the Iron Solari now gives 350/450/600/800 shield, much more than the previous 250/300/375/500. Meanwhile, Mercury received nerf and gives protection against group control from 12s to 10s.

Valorant: Tips On How To Play With The Character Phoenix

Have a Spooky Halloween with Indie Horror Game Sensation Phasmopobia