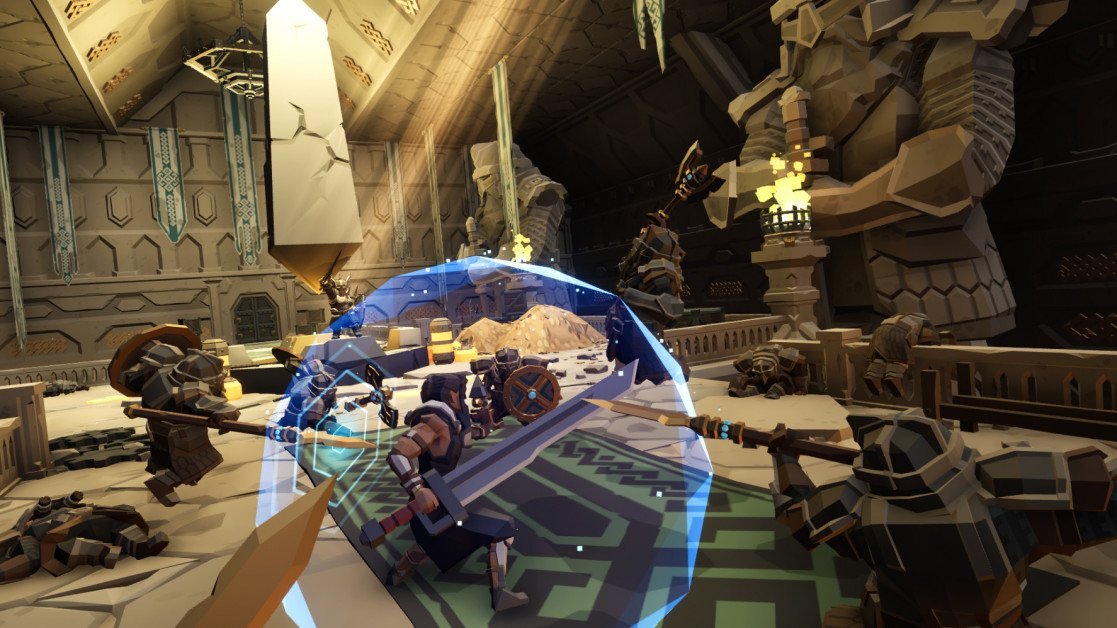 Games on Steam is a weekly installment that tackles the latest and greatest Indie games from this popular platform. Today, we will jump into others minds, fight with bums, go on a road to meet new friends, and much more.

To start, we have an atmospheric action RPG that will truly challenge you. Mortal Shell is set in a dark phantasmal world where humanity is on the brink of extinction. As one of the last survivors, you will have to fight against epic and sinister creatures. As you defeat them, you’ll get the opportunity to possess them, which opens up interesting gameplay mechanics. Combat in Mortal Shell is very strategic, and you will have to calculate your every move if you want to survive. In short, this is a solid Souls-like RPG that should appeal to the fans of the genre. 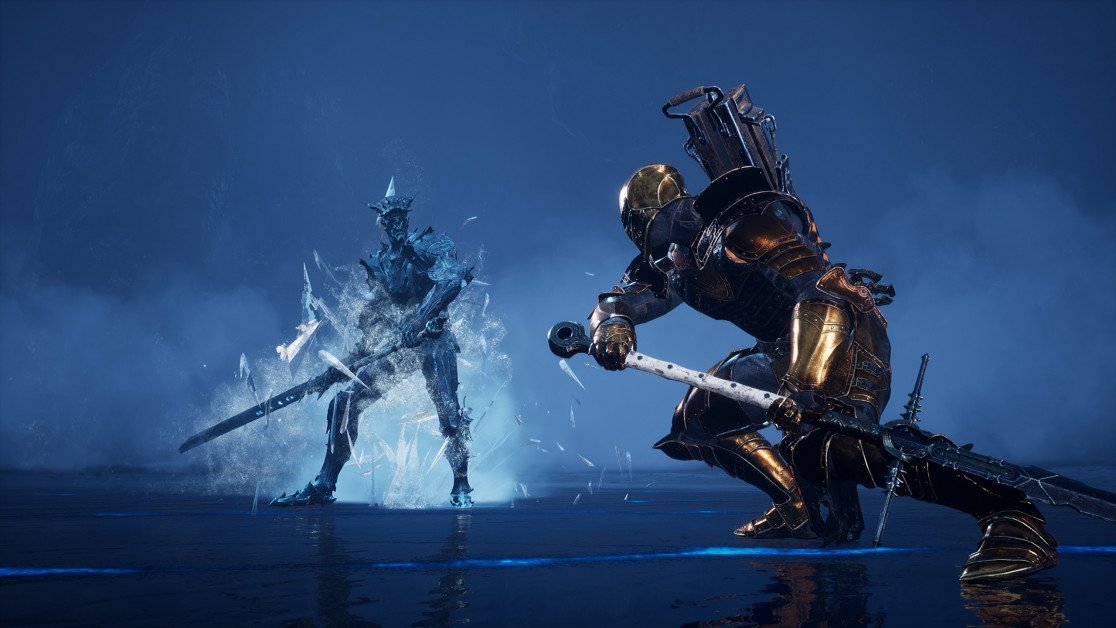 We’ve been waiting for it for over a decade, but Psychonauts 2 was well worth it. For the uninitiated, this is a sequel to a bizarre and lighthearted platformer from 2005. Once again, we will take control over Raz, a young psychic that has just become a member of the espionage organization called Psychonauts. Your job is to jump into the minds of your friends and enemies and battle their inner deamons. This process will also give you some clues on how to track down a psychic villain that’s wreaking havoc. Psychonauts 2  is even more imaginative and funny than the original which, considering its cult status, was a tough thing to achieve. TLDR; this is easily one of the best new games on Steam. 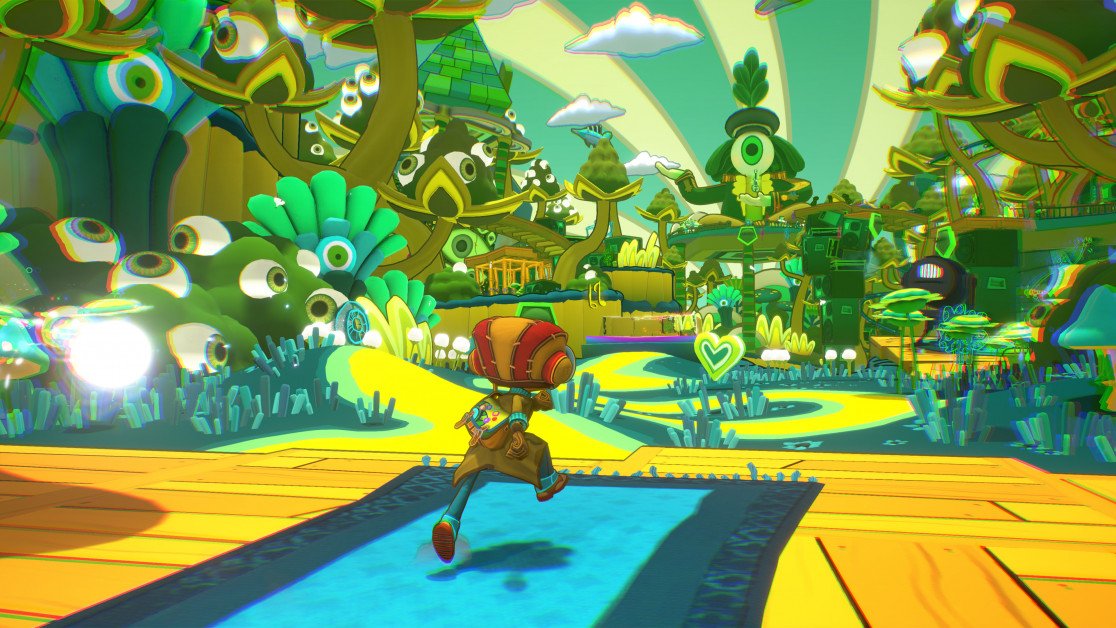 Marfusha is a hectic anime shooter with simple but addictive gameplay. In it, you take the control of one of the 8 characters whose job is to defend the gates from the incoming invasion. With each wave you clear, you will get new cards that can contain power-ups, chance events, and stronger weapons. All characters also have unique traits, so you can easily do multiple runs without getting bored.  If you are looking for a casual and minimalistic alternative to Girls Frontline, Marfusha will be right up your alley. 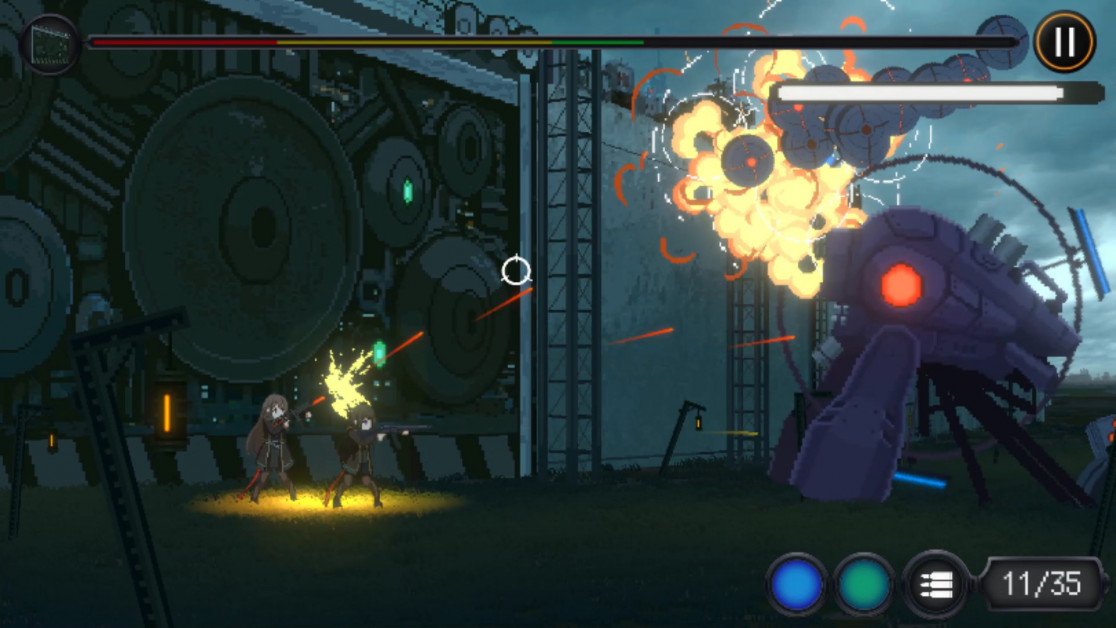 Living on the streets of Bumsville is dangerous. There are aggressive drunks on every corner, and then there’s that clown with a meathook for a hand. Yet, Bum Simulator focuses on the positives, such as learning about alcohol alchemy, making weaponized pigeons, and creating a perfect cardboard house. Now, no one will be able to call you a slacker, and if they do, they can have a short meeting with your fists. Bum Simulator is brimming with interesting characters and wacky quests, so I cannot recommend it enough. 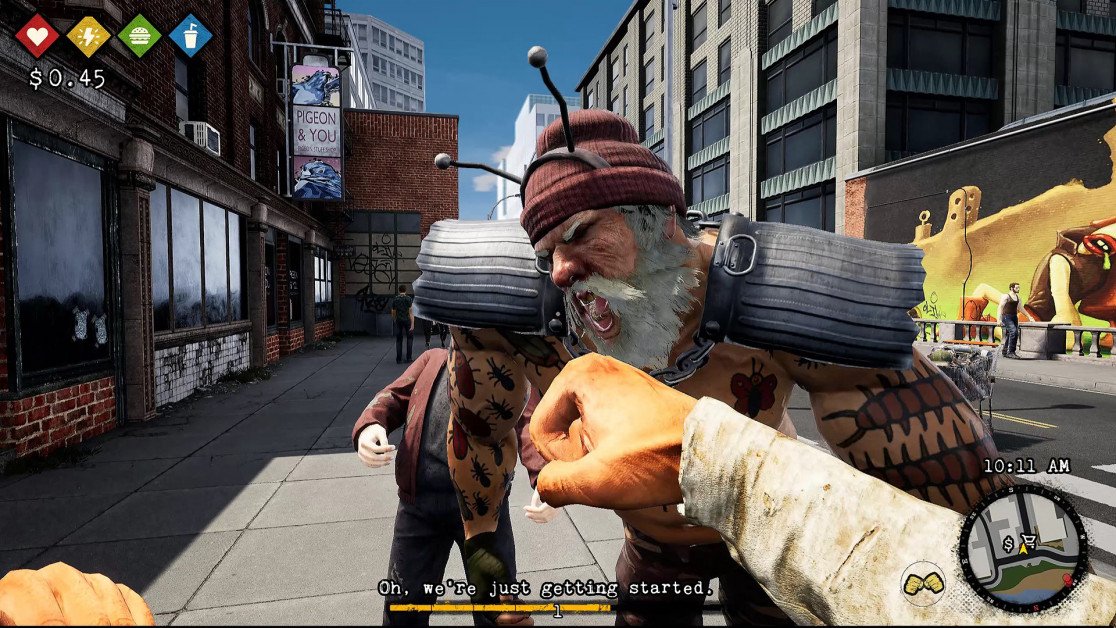 Where is my pigeon Jimmy! Steam

Let’s move from the dirty streets and go into the studio of an aspiring artist. In Behind the Frame you will focus on adding the finishing touches to your paintings and preparing them for gallery submission. There’s also more to it than meets the eye. This is an immersive experience that features Studio Ghibli-inspired artwork, a relaxing soundtrack, and a carefully crafted storyline that packs an emotional punch. Behind the Frame may be short, but its heart shows through in each step. 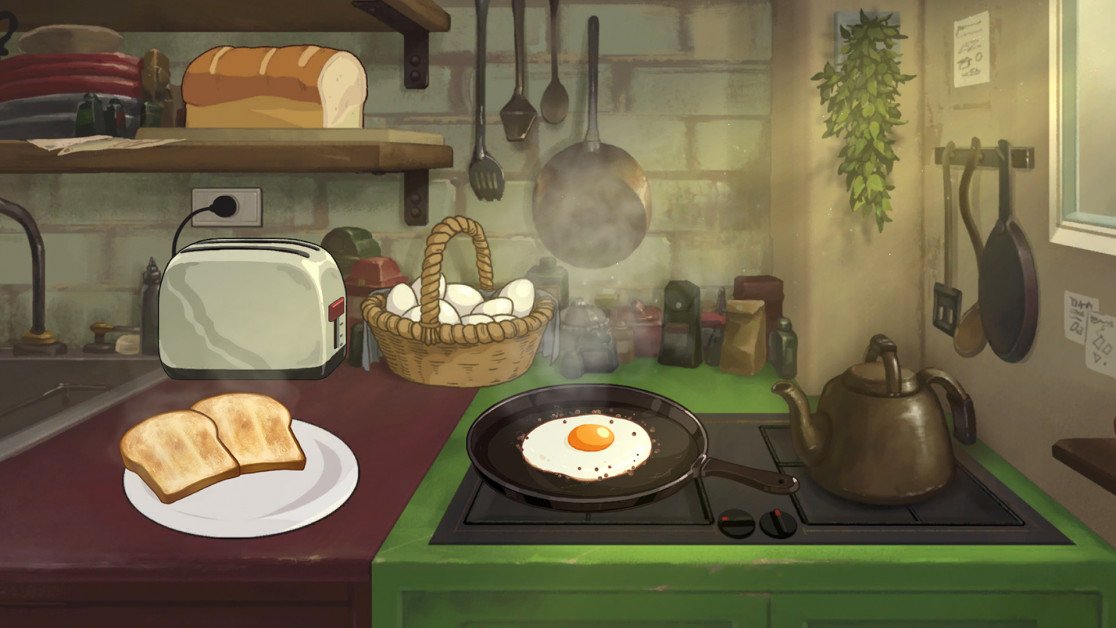 NeverReturn is an interesting new action-adventure/dungeon-crawler. Its maps are randomly generated, so you never know what will really happen next. Although in early access, NeverReturn already has an impressive amount of weapons, perks, and equipment that will allow you to create a unique play style. The game lets you choose between 15 weapons such as axes, hammers, pistols, spells, and swords, which all have unique mechanics that you’ll need to master. All in all, NeverReturn is very fun and already has enough complexity to keep you engaged for weeks. 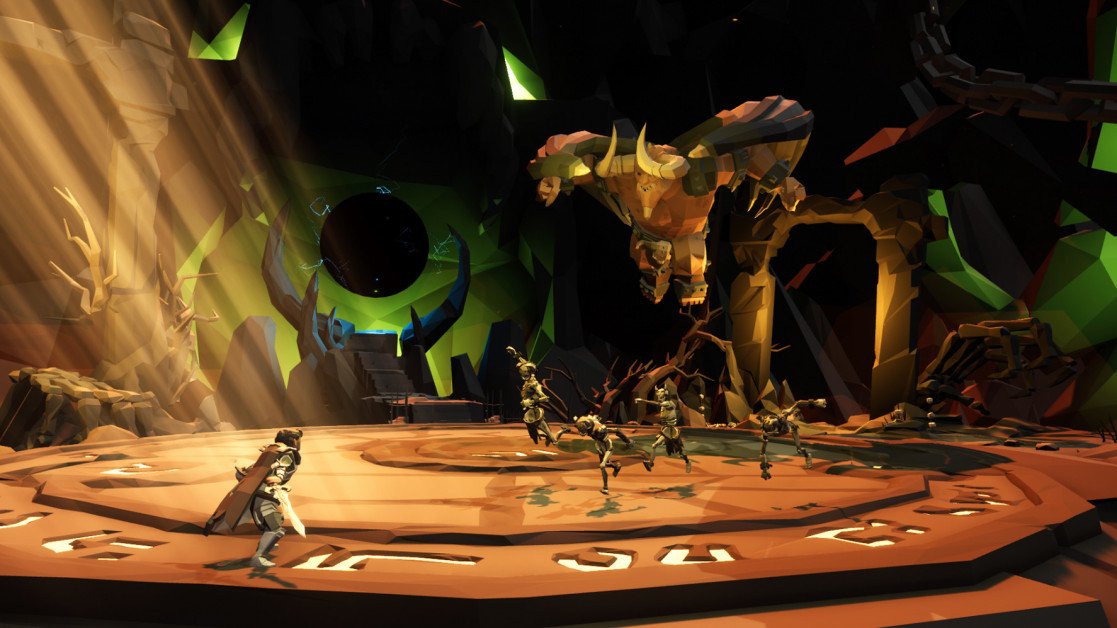 And now, for a little warmup … Steam

In Space Scavenger, you will create and control your own spaceship and explore distant galaxies. This is a top-down shooter set in a randomly generated universe brimming with unwelcoming alien life forms. As you defeat them and explore weird planets, you will earn unique upgrades: new weapons and various modules that will help you adapt to an ever-changing environment. Space Scavenger is entertaining, charming, and challenging, which is a combo you don’t see that often. 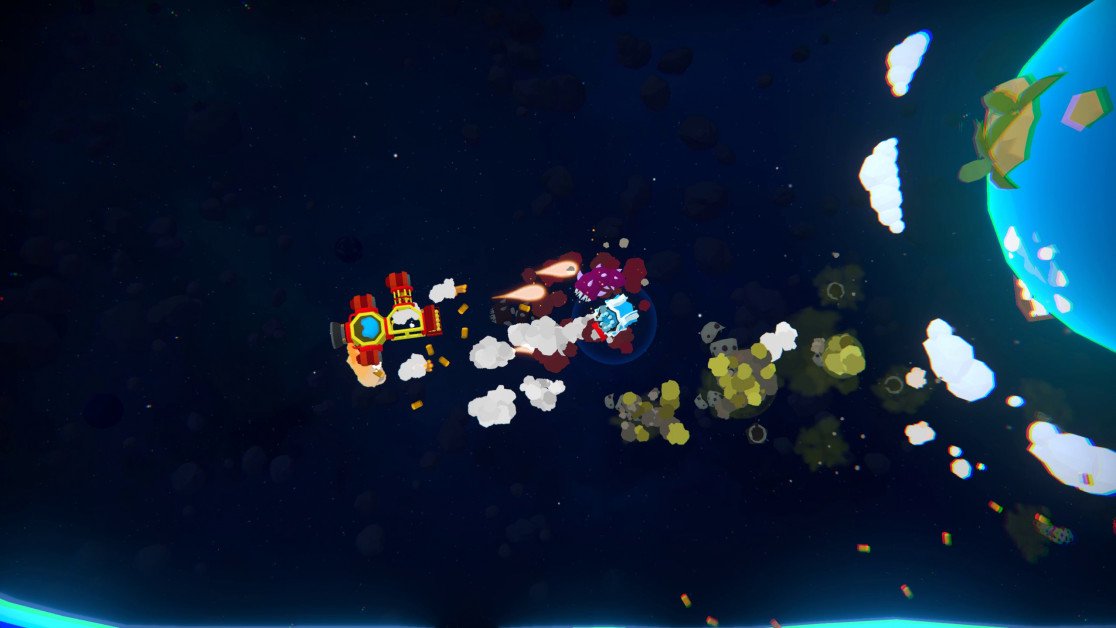 Let’s go back to Earth and look at an old-school arcade beat ’em up that does things right. Mayhem Brawler follows 3 powerful officers of Stronghold (Dolphin, Star, and Trouble) as they clear out the streets and try to save their city from its demise. At your disposal, you have special abilities and many combos that will help you kick ass from giant rats, werewolves, drugged-up vampires, and other criminals. From great visuals to kickass soundtrack and challenging bosses, the game covers all of the hallmarks associated with the genre. If you are a fan of titles like Streets of Rage 4, Mayhem Brawler is made for you. 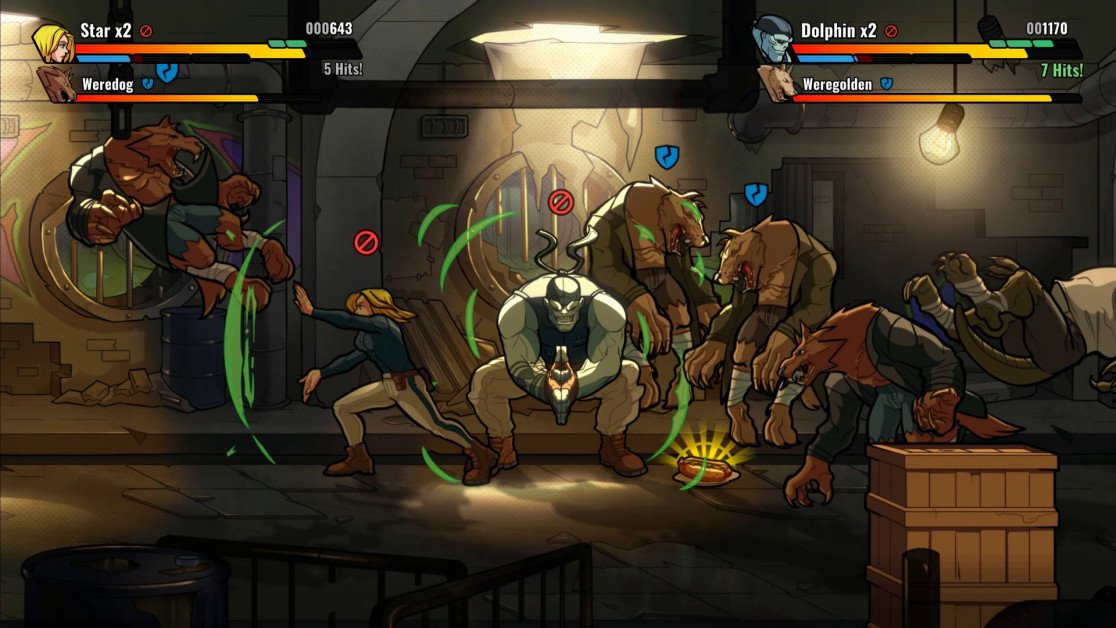 Next, we have a mesmerizing action-adventure published by Team17. In it, you will play as 3 siblings: Greak, Adara, and Raydel, and follow their journey through Azur as they evade the incoming Urlag invasion. Each has unique abilities and you will need to alternate between them to solve smart puzzles and defeat bosses. The game looks like a living cartoon and is filled with breathtaking hand-drawn environments that are perfectly paired with an evocative musical score. While not everyone’s cup of tea, Greak is a game full of heart that is very much worth its price despite some of its shortcomings. 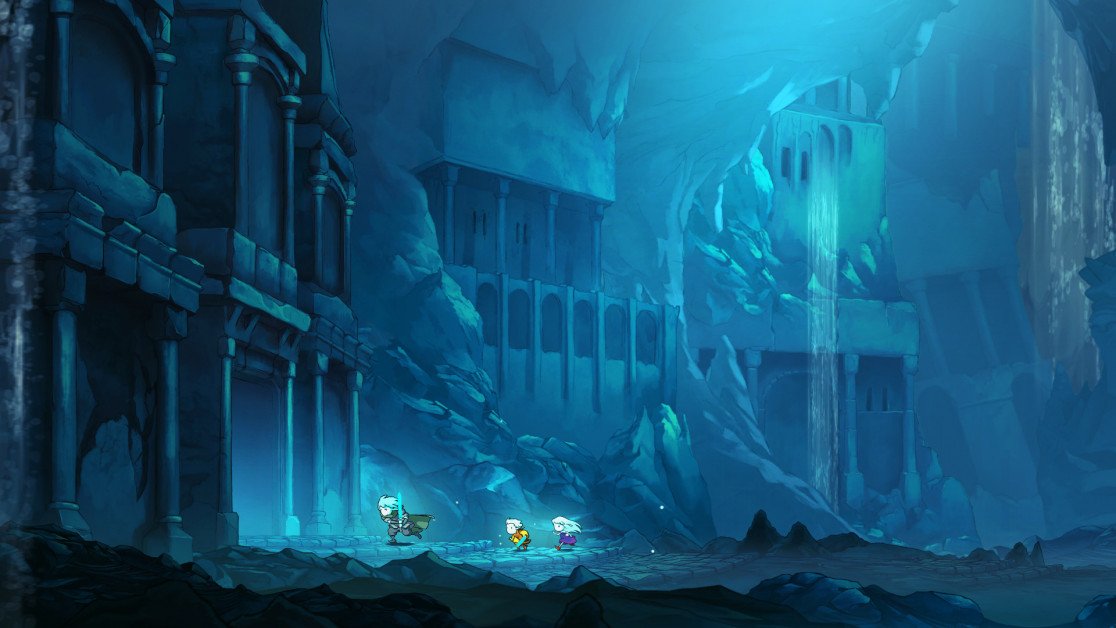 Road 96 sets you up on the hitchhiking adventure where no path is ever the same. On your journey, you will meet interesting characters, and find that their stories often intertwine in unusual ways. The game takes place in Petria, an authoritarian nation that doesn’t have your best interests at heart. This, in turn, inspires you to reclaim your freedom. Road 96 is inspired by the work of popular directors such as the Coen brothers and Tarantino, which is most evident in its storytelling. Here, your choices matter and will lead you in vastly different trajectories and endings. All in all, Road 96 is one of the most unique new games on Steam that will take you on a ride that you won’t forget, 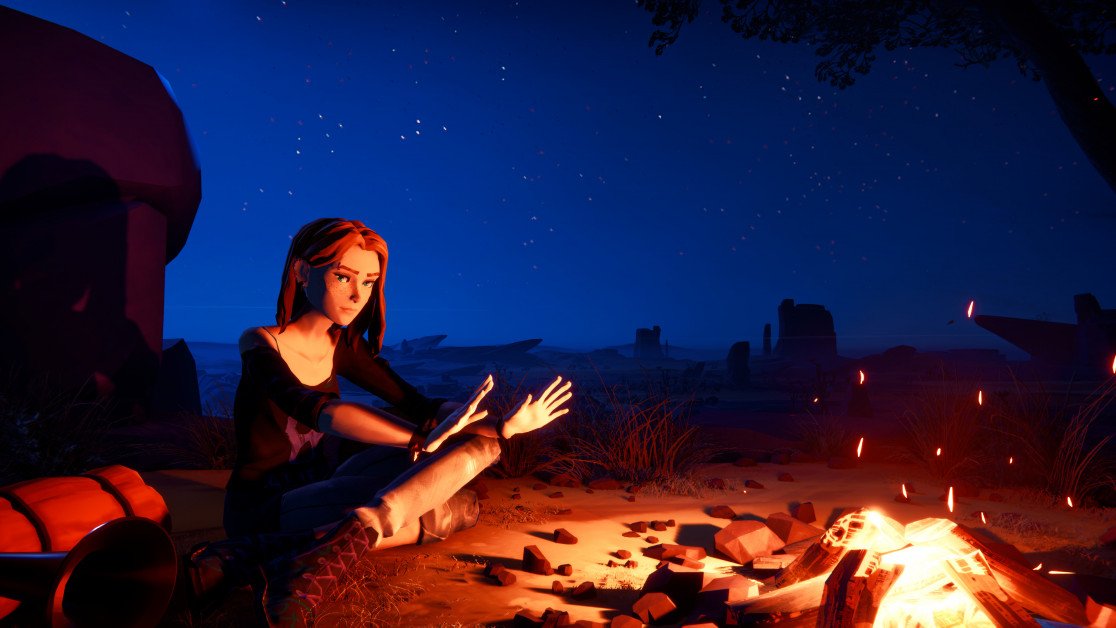 Check out the previous edition of Games on Steam here.

5 Games That Are Arguably Better in VR

5 Simple Things Only Gamers Pick Up On