With the theme Interdimensional War and scheduled to happen until November 30, Fortnite Chapter 2 Season 4 has arrived. Launched this Thursday (27) with a crossover with Marvel and brought great news. Thor skins, Iron Man, Hulk Woman, Storm, Mystic, Doctor Doom, Groot and Wolverine. Among the main highlights of the update promoted by Epic Games, there are minor changes to the map, modifications to the weapon vault, new fish, Stark robots and new skins.

Altered areas on the map

Overall, the Fortnite map has been little changed. There were impactful changes in the Pleasant Park, replaced by the place called Domínio do Destino. In fact, some houses were altered and the illustrious soccer field ended up being opened. Now it will have henchmen to protect Doctor Destino himself, who also has a monument present in the region.

This season’s waiting island contains a fictional flying aircraft carrier created by Marvel, known as “Helicarrier”. Next to Lago da Preguiça, there are five bodies of giant robots apparently destroyed, one of the new landmarks on the map. 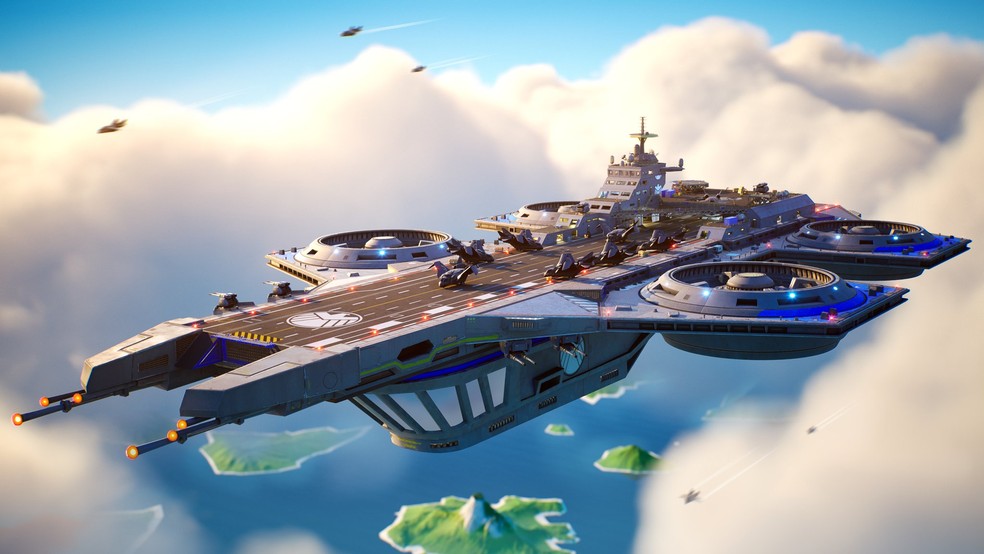 Following the line of weapon changes, which are invariably or will become available at some point this season, they have been removed from the vault. Dance, impulse and shock wave grenades. Combat shotgun, LMG and tactical SMG, popularly called “rambo” and “hair dryer”. Pump shotgun, six-shot revolvers and aiming assault rifle.

In addition, some new and detachable items also arrived, such as the fire trap. It deals about 50 damage to opponents. The energy rifle of the Stark industries, which works in a very similar way with a regular rifle, but makes more powerful shots. 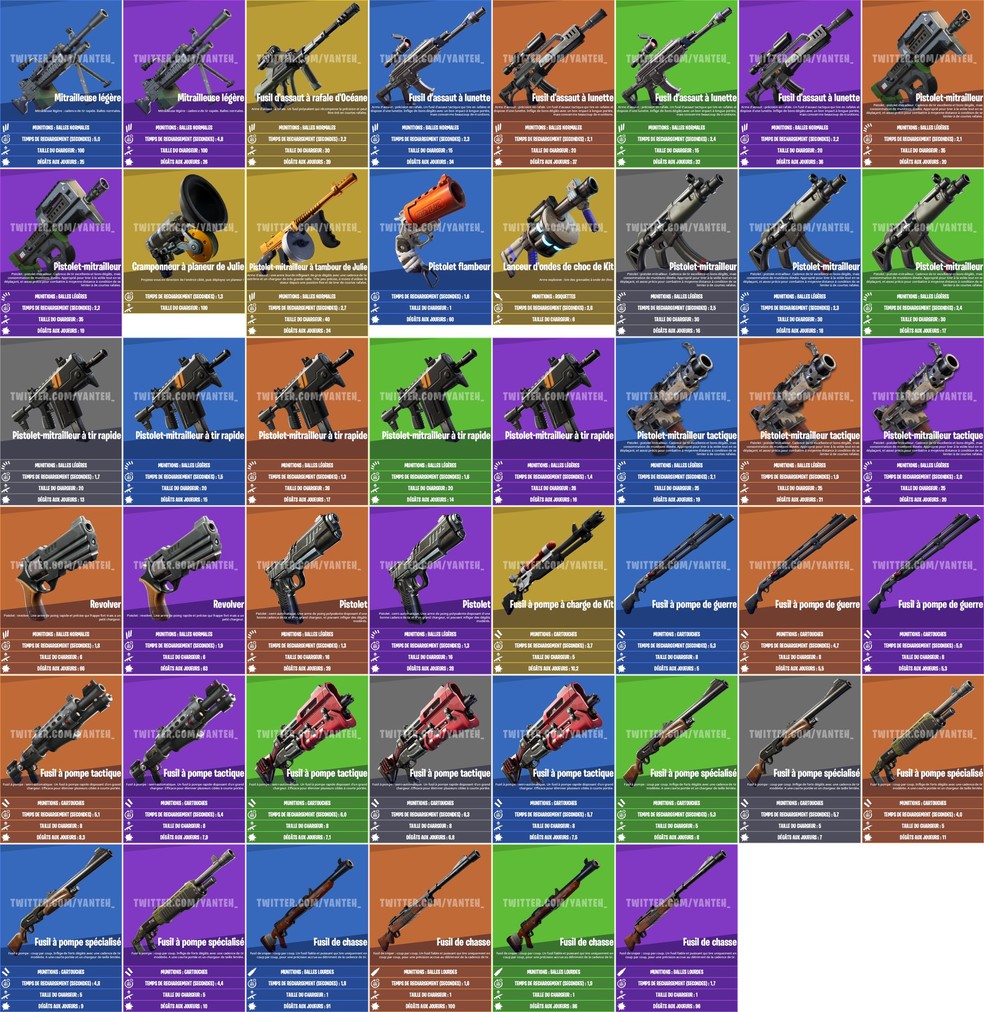 All the weapons that arrived and left Fortnite in the new season. (Image: Epic Games)

As of now, there are four types of particular powers from Thor, Wolverine, Groot and Doctor Doom. The first involves throwing the character’s own hammer and causing damage to a predefined area. The second provides claws that can be used for duels. The third emerges with a tree pod capable of knocking out opponents and destroying structures. Finally, the latter makes it possible to launch a bomb that explodes and generates damage in the area.

Each of them can be used independently of the skin and is usually found through chests carried by the Stark drones, which are scattered randomly across the map and yield different types of items when they are destroyed. As an example, all the powers can be seen in the trailer for the new season, released on Fortnite social networks and made available below.

Altogether seven new types of fish were introduced. Midas, which transforms all items included in the backpack to legendary. Shield, in order to yield a certain amount of shield. Revenge, which shows the location of the closest opponents. Hop Flopper, having an antigravity power. Jellyfish, which can be used to shield and heal nearby players. Thermal, providing a thermal view to see opponents. Spicy, which allows the possibility to run faster. 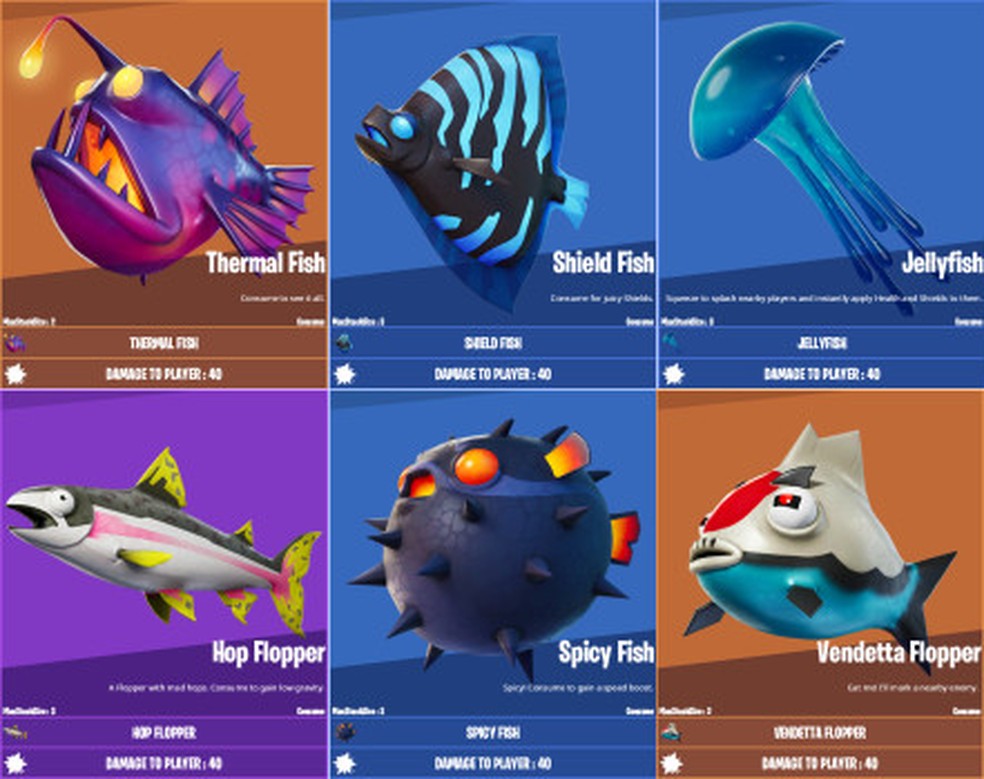 in addition to midas, six other fish were added to Fortnite. (Image: Epic Games)

In some places on the map, it is possible to observe a ship landed with a chest composed of robust items and Stark robots. They are responsible for protecting it and operating with artificial intelligence. This is in a very similar way to the henchmen.

The game will feature new skins available in the Battle Pass, they are: Thor, Jennifer Walters (Crimson) from the Hulk-Woman set, Groot, Storm (Punk), Doctor Doom (Divine Emperor), Mystic (Tactical), Tony Stark from Iron Man and Wolverine (Classic) set. Players will be able to purchase these skins as the level progresses.

It is worth mentioning that all costumes have a built-in gesture that can be unlocked at a higher level on the Battle Pass itself. Also through challenges awakening each of the skins. In this case, the gestures unlock an animation characteristic of Marvel characters. 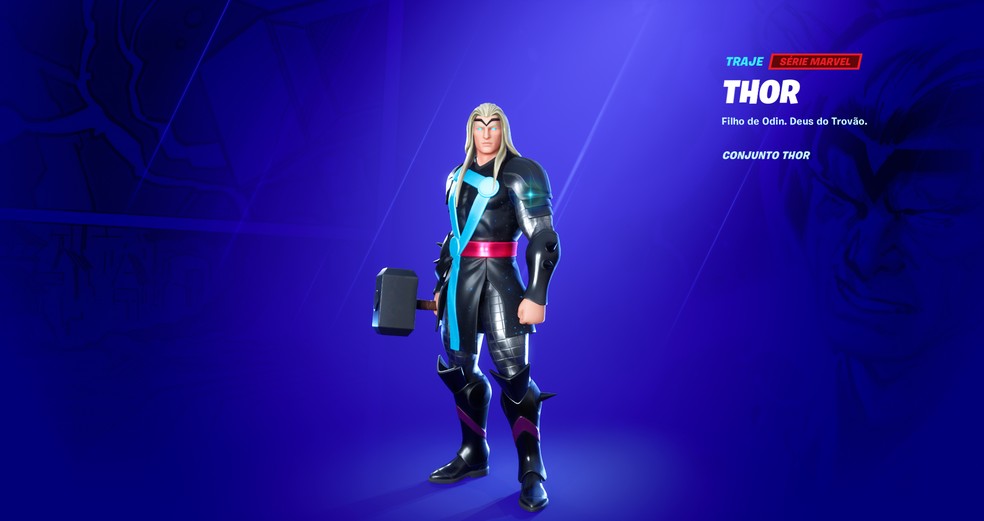