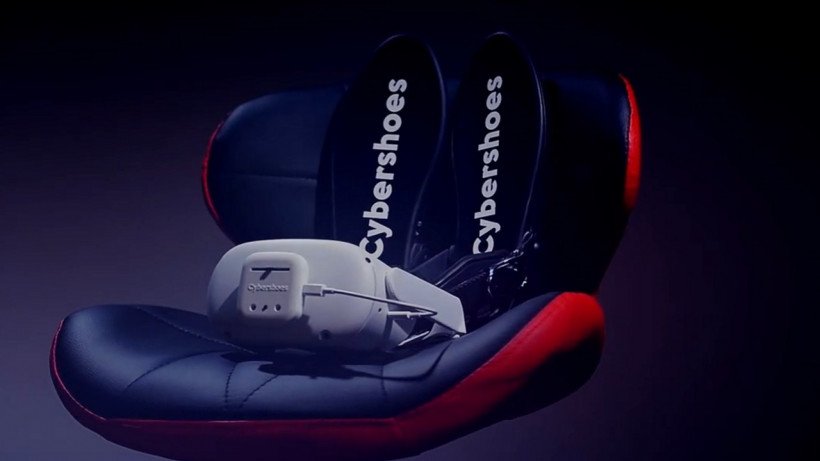 The Cybershoes for Oculus Quest, a VR locomotion peripheral is now available to purchase on Amazon in the United States after running successful Kickstarter and Indiegogo campaigns last year, alongside announcements of increased game integration from Quest developers.

Cybershoes present a pretty strange yet innovative locomotion method for VR users. Instead of using stick-based locomotion, teleportation, or standing up and sliding around the slick parabolic base of a VR treadmill, Cybershoes allows for a seated experience that requires the user to slide a pair of shoe-mounted devices forward and backward to simulate walking or running in-game. The idea is to give you a physical way of inputting virtual locomotion, which in turn helps battle motion sickness.

Now the Vienna-based startup has released their latest Cybershoes wireless model for $350 on Amazon US, which supports Oculus Quest, Quest 2, and SteamVR headsets. When purchased directly from Cybershoes, the whole package costs $455. Inside the box are a pair of Cybershoes (batteries included), a swivel-style Cyberchair, a 60″ round carpet, a wireless receiver, an AC Adapter, and all of the required cables. 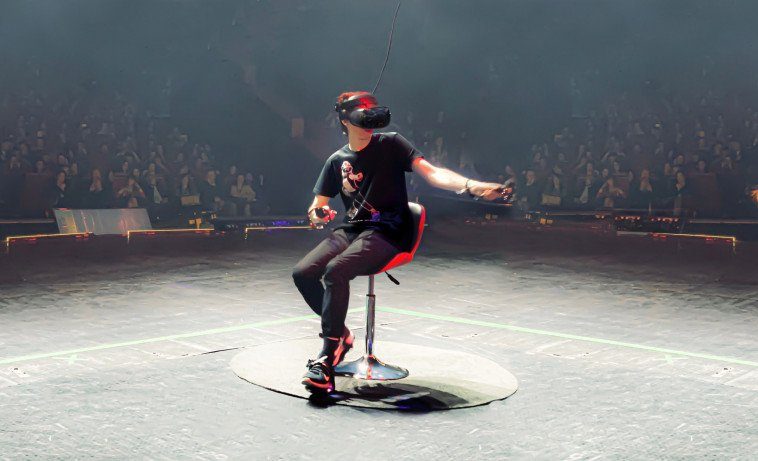 The Quest-compatible version of the Cybershoes launched its Kickstarter in late November 2020. The successful Kickstarter and Indiegogo campaigns with over 600 collective backers. The kits promised to crowd funders began shipping earlier this month, and now the Cybershoes are available to the public in the United States via Amazon.

In addition to the announcement of the Amazon launch, Cybershoes has announced additional native support and integration with more Quest games, including Arizona Sunshine, The Walking Dead: Saints & Sinners, MYST, In Death Unchained, The Wizards Dark Times, VRChat, Journey of the Gods, and a few more. The company says full integration and optimization for other titles is coming soon though, which will include Ancient Dungeon, RTCWQuest, a VR mod of the classic Return To Castle Wolfenstein, and QuestZDoom, a mod that brings classic Doom games like Ultimate Doom and Doom64 to Quest.

The Cybershoe is also able to support over 60 PC VR titles using SteamVR. Here is a Google Spreadsheet by the company of the compatible and tested title.

What Happened to BlizzCon 2021?