In a slightly different format due to the COVID-19 pandemic, DreamHack Masters Spring ended. The competition was held entirely online, divided between Europe and North America. There were many exciting games, with the finals of each continent being held on the best of 5 maps. Check out what happened in the two finals this past Sunday 14th.

In the European final of DreamHack Masters Spring, BIG managed a turnaround against G2 by 3 to 2. This Sunday, the Germans overcame the favorite and took the championship title that distributed US$ 54,000 to the winner. Because of reaching the undefeated final, G2 started with an advantage map.

G2 started with an advantage map for not having suffered losses in the playoffs. Vertigo was the choice of the French for the first match. Kenny “KennyS” Schrub’s team won the pistol and opened the 10 to 5 CT lead. Quickly, G2 closed the map by 16 to 6 and with that it was already a map of the title.

On the second map, Nuke, it was BIG’s turn to run over the French team. The G2 won the first three rounds playing on the CT side, but Johannes “tabseN” Wodarz, with 27 eliminations, managed to help in the victory by 16 to 5. The G2 managed to win only one round in the second half.

BIG entered Dust2 needing the victory to take the decision to the last map, and it did just that. In yet another dominant map on the part of the Germans, BIG won 16 to 6 with 23 eliminations from Florian “syrsoN” and a rating of 1.81 from Tizian “tiziaN” Feldbusch.

Wowowow! @BIGCLANgg pick up Dust 2 and we are going the distance! Who will close it out on Mirage? 😱
📺 https://t.co/PC3NTF9ifo#DHMasters pic.twitter.com/l5FVvXXser

The Mirage was stuffed with aces. Nemanja “nexa” Isaković, Nils “k1to” Gruhne and Florian “SyrsoN” Rische won the highlights. G2 even opened 10 to 1 advantage on the CT side. BIG managed to recover with the consistency of the team and approached 11 to 7. Nemanja “huNter” Kovač managed to win important clutches throughout the confrontation and at Mirage it was no different. In the 26th round Florian “syrsoN” Rische got a 3k and Ismailcan “XANTARES” Dörtkardeş went in silence to eliminate François “AmaNEk” Delaunay under the knife. Then TiziaN managed to defuse C4 in time limit and BIG drew 14-14.

BIG managed to take the decision for overtime and overtake on the scoreboard with a show by Florian ” syrsoN ” Rische. Doing some 3k in several rounds. In an impressive turn, BIG won by 19 to 17 and took the title with 41 eliminations from Norse, highlight of the final.

On the North American side, FURIA won the first title of 2020 after beating Liquid. This Sunday, the Brazilians started with an advantage map for coming from the top bracket. By 3 to 0, without difficulty, they liquidated the Americans. The tournament distributed around US$ 100 thousand, US$ 40 thousand went to FURIA.

As a counter-terrorist, FURIA made an incredible start on the map of choice for Liquid (Mirage) and applied 10 to 1 on the scoreboard. After that, the Americans took another breath in the game after winning in a forced round with only pistols and recovered part of the disadvantage in the score of 10 to 5, in the first half.

It was getting a little bit scary for @furiagg, but they take the first map! 2-0 with their UB advantage and they are a single map away from the championship! 🔥#DHMasters pic.twitter.com/lteZtzoi64

In the turn of sides Keith ” NAF ” Markovic shone in the pistol and encouraged Liquid to return to the game. Even leaving everything tied at 11 to 11. When the turn seemed imminent, the Brazilians woke up in the match and started to distance themselves again on the scoreboard. He had closed the map at 16 to 12, in addition to 2 to 0 in the series.

In yet another great start to the game by FURIA, but this time as a terrorist. The Brazilians were unaware of the enemy defense and made it 11 to 1. With a good use of AWP’s, Team Liquid managed two more points, but was only in that half of 12 to 3 in favor of Brazil.

In the second half it was Liquid who took the pistol and the anti echo. However, it was enough for FURIA to arm itself to re-dominate the duel and close the score once in 16 to 5 in the match and 3 to 0 in the series.

THE FLANK! @furiagg clean up and they take care of @TeamLiquid! They are the #DHMasters Spring NA CHAMPIONS! 🏆🏆🏆

The difficulty surrounding the pandemic is huge. CS: GO teams suffer in the absence of face-to-face championships. But the only way out is online championships, like this DreamHack Masters Spring. The classification format for the next Major has changed precisely because of all that is happening. 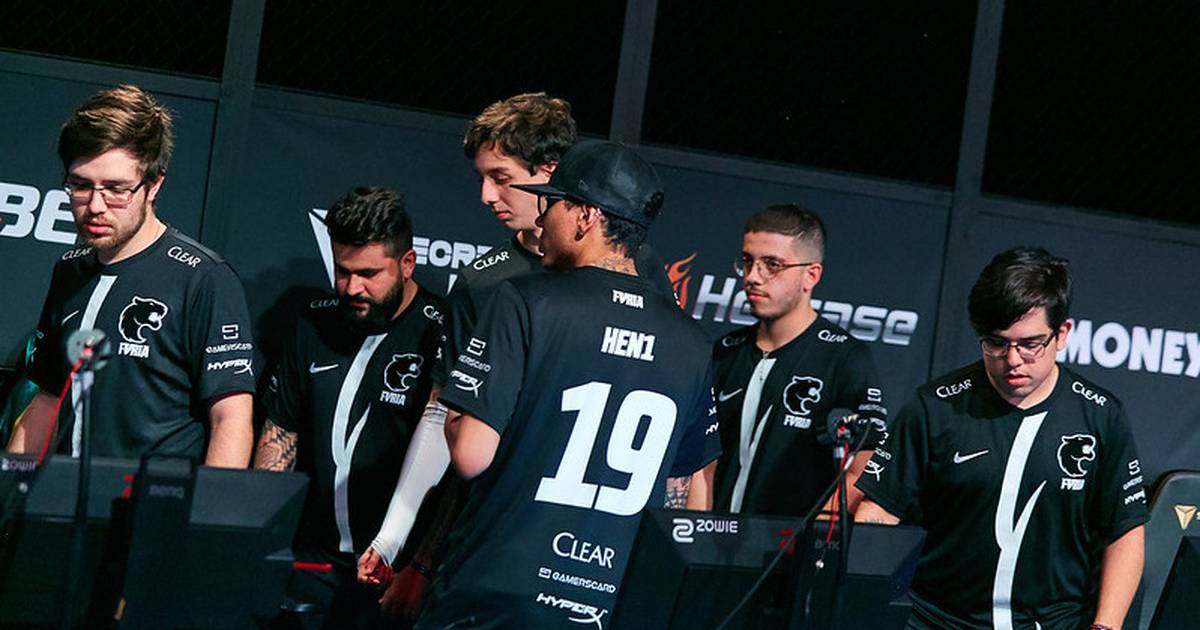 FURIA will return to disputes later this week. (Image: FURIA)

This June, FURIA is back on servers for the BLAST Premier Spring NA Finals. Together with EG, Liquid and MIBR. Cs_summit 6 will also take place at the end of the month and the Brazilian team will be in contention.

On the BIG side, you will have to play two qualifiers. ESL Pro League Season 12 and cs_summit 6.