Polish Studio, VR Bros, have announced their new horror adventure title, A Wake Inn slated to release in Fall 2020. Previously, going by the name Playhouse Vacancy, players will have to uncover the secrets within the dark twisted halls of this abandoned hotel.

In A Wake Inn, players take the role of a human-sized doll who has awakened in a wheelchair. While traversing around a wheelchair has its limits, players are accompanied by a mysterious voice communicating through a shortwave receiver. The desolate hotel is crawling with other humanoid dolls very similar to you. These dolls all act on a shared consciousness with one goal in mind: the elimination of the anomaly in the system. Sadly, the anomaly is the player. The player must decide whether to take the doll head-on in melee combat with a selection of weapons or sneak past them. 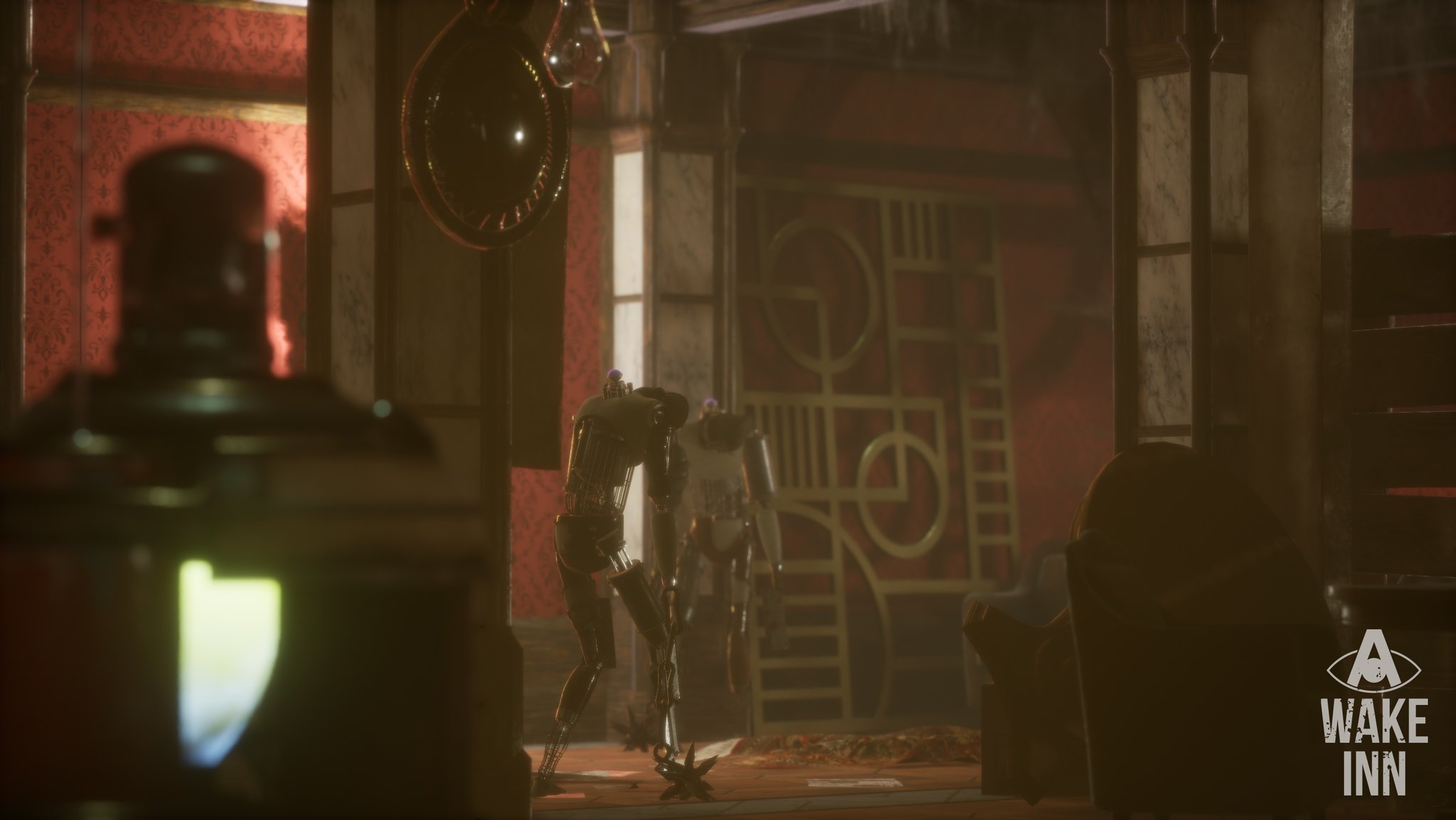 There are many mysteries to uncover in the eerie halls of A Wake Inn. What had happened to the previous residents of the Inn? Where did you come from? Who is the one pulling the strings of the dangerous puppets out to get you? Piecing together the clues left behind by the previous inhabitants, the player may be able to find out the truth of the history of the hotel and their role in it.

A unique feature of A Wake Inn is its entire locomotion is done in a wheelchair. Players are confined to their seats using the motion controllers to push their wheels, taking full advantage of the immersive nature of VR. The entire game can be accessed via the wheelchair and players can even adjust the height of it. Another uniquely immersive system being implemented is the inventory system. Using a cigar box attached to the wheelchair, players can store items in it. To take advantage of the limited space in the box, players can manipulate the orientation of the items to maximize the storage capacity.

We’ve created an easy-to-use inventory system, located on your lap. Remember, you don't have much room, you often have to choose what you need more… 🤔#awakeinngame #awakeinn #vr #vrbros #virtualreality #vrgame #gamedev #horrorgames pic.twitter.com/DDpKpiKLEQ

When speaking of their inspiration for the game, the team at VR Bros had stated on a Facebook post: “Our aspiration was to share our love to worlds created by masters like Tim Burton, Alfred Hitchcock, and Stephen King, and pay a tribute to gaming memories bound up with Silent Hill, Grim Fandango, and other components, that created our imagination.”

A Wake Inn seems to be a horror game to be on the wishlist of any fans of VR horror. The steampunk aesthetics and old-timey hotel gives it a familiar creepy atmosphere, similar to SOMA and Amnesia, but with its own unique tones. The team at VR Bros seems to be committed to using the immersion of VR in both its larger aspects such as the gameplay as well as minor details in its environmental story-telling to really sell a novel horror experience.

A Wake Inn is expected to be released in Fall 2020 for the HTC Vive, Valve Index, and Oculus Rift.