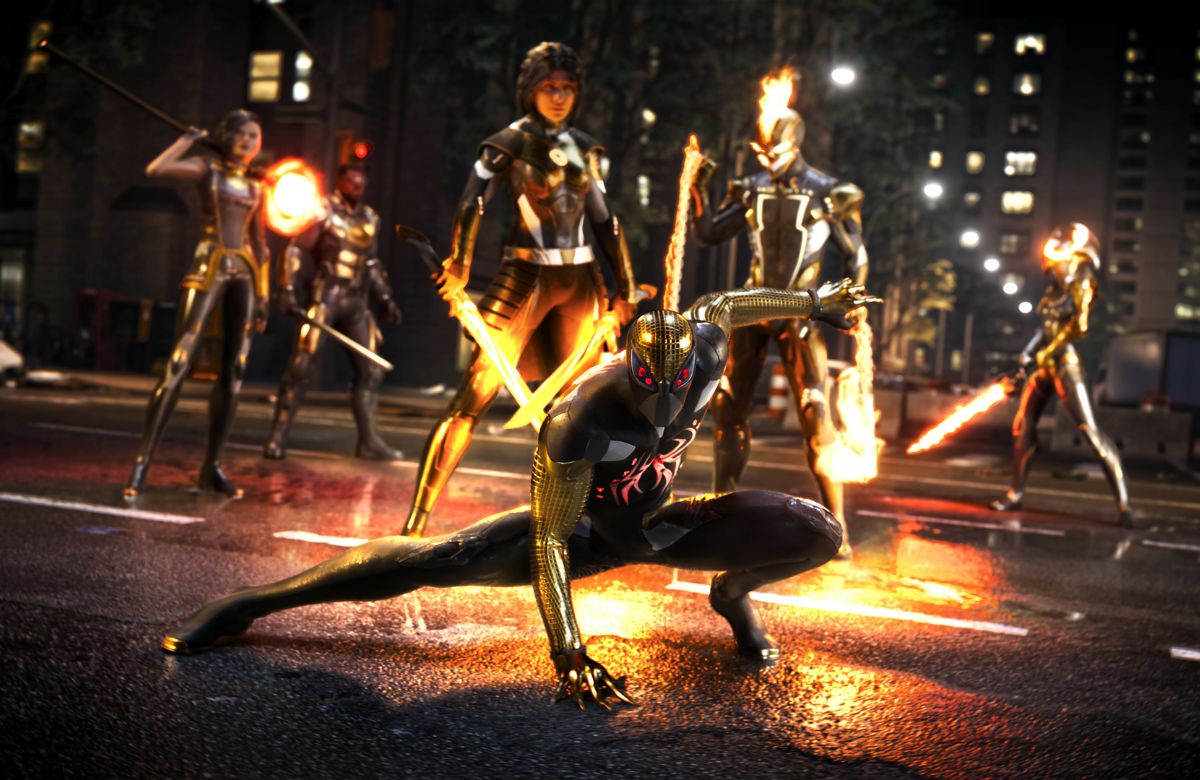 The year 2022 is soon coming to a close (how quickly time flies!). However, there is still an impressive lineup of blockbusters and some promising indies you can look forward to. During this festive season, there aren’t as many upcoming games undergoing their final touches. However, there are some quality ones you can’t afford to miss.

Some of the biggest titles like Call of Duty: Modern Warfare II, God of War Ragnarok, and Elden Ring have already arrived. But December still holds a promising quality-over-quantity roster to keep you busy through to the end of the year, including major AAA titles like Marvel’s Midnight Suns, The Witcher 3, and more.

So you’re kept up to date on which games are the most worthwhile to play, we’ve compiled the top five biggest video games coming in December 2022 to add to your holiday wishlist.

If you’re a fan of space gaming, but want a different experience from the traditional shooters with a rather stony look and feel, you might want to try out High on Life. Think of Rick & Morty’s adventures into space with a burst of weird and refreshing energy.

I wouldn’t put anything past High on Life. Whether it’s a talking gun that keeps smacking back at you, channeling your inner Morty, and raining hellfire on enemies growing stranger by the day. As you hop from one planet to the other, it’ll be hard to make that tingling feeling go away simply because you never know what to expect.

Though at the least, you can expect definite corny moments and over-the-top action promising an engaging time roaming about High on Life’s greatest wonders.

Perhaps you’re someone who loves a good challenge, then mystery-solving games are as close as you can get on your radar. Particularly 2017’s stealth horror game, Hello Neighbor, where you’re tasked with finding the person(s) responsible for the child disappearances in your neighborhood.

The persons of interest are your neighbors, so you’ll need to carry out an investigation into their lives to uncover the truth. In Hello Neighbor 2, there is much more at stake. Your neighbors have grown smarter at covering their tracks. You also must watch out for the game’s AI which will learn from your movements and stop you when you repeat the same moves twice.

Marvel has for decades now delivered AAA titles worth sinking precious hours into. They’ve even gone as far as to inspire such grand adaptations, including the upcoming Firaxis Marvel’s Midnight Suns.

You can expect to see popular Marvel comic characters from Midnight Sons, Avengers, X-Men, Runaways, and more. They’ve all come together to combine their supernatural abilities against almost as equally powerful supervillains. Being a tactical RPG, I’m crossing my fingers that this entry doesn’t disappoint. Though if Feraxis’ popular XCOM series is anything to go by, I’ve got high hopes the developer will come through yet again with a showstopper strategy game all through to the end.

If at all you’ve felt like Halloween came and went too soon, worry not. You can always reignite the spooky season by playing The Callisto Protocol’s upcoming survival horror game. This might just be one of the most long-awaited games coming in December that has a different take on space travel.

If you’ve played Dead Space, you’ll have a rough idea of what to expect in The Callisto Protocol: more than enough gore, grim, and things-gone-horribly wrong type of space travel. The story follows a freight transporter going about his business when he crash-lands into a zombie-infested planet.

From the trailer, it’s pretty clear that much thought and skill was put into the new game. The graphics are divine, and the skin-crawling moments are as surreal as need be, even in the brutal number of ways you could get ripped apart. While fighting off a swarm of zombie-like opponents seems hardly made for the faint of heart, it’s exactly the right amount of challenge and survivability I can’t wait to go up against.

Some say Crisis Core: Final Fantasy 7 Reunion will be more than a remaster. Either way, it’s certainly a gift going back memory lane on gaming platforms and design matching modern-day standards.

And there you have it, the five biggest video games coming in December 2022. Are there more games you’re looking forward to this festive season? Let us know in the comments or over on our socials here.