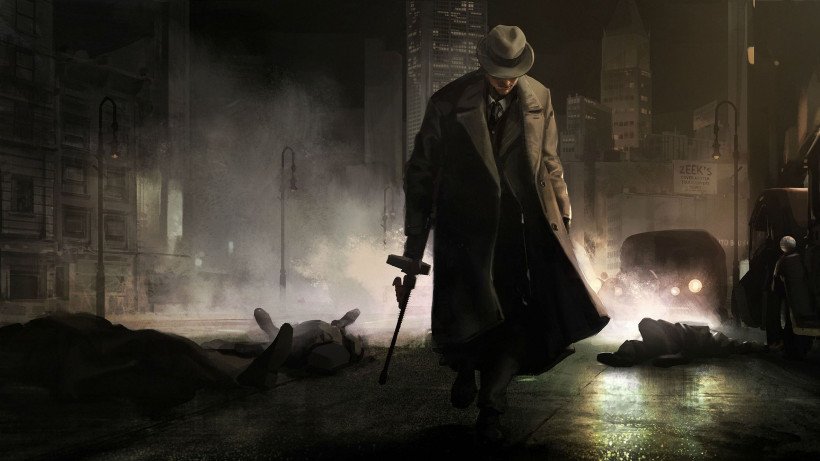 PlayStation Plus’ tiered system is only getting bigger and better with each passing update, with November alone already boasting a wide selection of top-notch triple-As and indies. And not only is its Extra and Premium tiers packed to the brim with quality exclusives — but its Classics collection, too. As it goes, Premium subscribers have access to some of the best games from the PlayStation and PlayStation 2 era. Add the fact that there’s also upwards of 700 games nestled away in other pockets of the platform, and you’ve actually got yourself one mighty fine proposition.

Anyway, there is that burning question, as there tends to be at the beginning of every month: which games are actually worth playing? Well, here’s how we’d stack them up based on popularity. Here are, at least from where we’re sitting, the five best games and collections of PlayStation Plus’ Classics this month.

Mafia: The Definitive Edition strikes hard as one of the best remakes of any cult-classic action-adventure game on the market. Not only is it a completely reimagined version of the 2002 original, but also a pretty sturdy standalone entry, something that manages to envelope all the core qualities that made the first the best-selling hit that it was, and then somehow make it bigger, better, and surprisingly more mesmerising than ever.

Mafia: The Definitive Edition plummets you into the open world of Lost Heaven, a crime-riddled city that’s predominantly owned by various mob families. As Tommy, a cabbie-turned-mobster, you will ascend the ranks of one of the city’s most prominent factions, using your newfound specialist skills and the network of local associates to unravel a thread of mysteries that go way beyond nine-to-five racketeering. Is its gameplay dynamic enough to keep you on your toes? Yes. Does it have one of the best mobster stories in modern gaming? Absolutely.

Borderlands: The Handsome Collection boasts three of the best, most genre-defining looter shooters in gaming history: Borderlands, Borderlands 2, and Borderlands: The Pre-Sequel. Collectively, the bundle makes up hundreds of hours of chaotic first-person shooter gameplay, which isn’t exactly short on punch-drunk humor, mindless violence, or infinite replayability, either. And honestly, if there was ever a time to soak up the franchise in its near-entirety, it’d be now.

Borderlands, for those who don’t know, is a first-person shooter that sees a myriad of Vault Hunters searching for the mythical chamber, which supposedly wields treasures beyond one’s wildest imagination. Between fortune and ambition, however, lies Pandora, a bullet-soaked world where locals fight to survive, and robots patronize the weak. And it’s your job, of course, to venture forth and join the rat race for the untold riches.

Uncharted has long been one of PlayStation’s most celebrated poster children, which is precisely why PlayStation Plus does all in its power to allocate enough space for its residency. The fact that the entire collection, including the standalone spin-off The Lost Legacy, is present and accounted for makes it a win-win for all fans of the series.

For those who love the thought of embarking on a new rags-to-riches adventure every single day, ones where lost worlds come to life and ancient civilizations return from the grave, Uncharted is the most accomodating package there is. It’s a third-person adventure saga at heart, sure. But look a little deeper, though, and you’ll notice the countless layers of elements that make it one of the best franchises of all time. Nathan Drake, it’s all you.

2. The Jak and Daxter Collection

Long before Naughty Dog uprooted from the PlayStation 2 era and set up shop with Uncharted and The Last of Us, another one of its heroes beckoned to be heard. This was, at least for a fair few years, the most popular protagonist of its time. And yes, we’re talking about Jak, the villager-turned-gun-toting-eco-warrior of Jak and Daxter, the highly acclaimed platforming saga.

As luck would have it, Jak is available in its entirety on PlayStation Plus’ Classics, which consists of The Precursor Legacy, Renegade, Jak 3, and Jak X. And so, if you’re interested in digging up some old memories and exploring Haven City again, then be sure to recapture your youth with the Jak Collection. Is it still worth playing in 2022? You bet it is.

Mechanically, Batman Arkham continues to hold its place as one of the best beat ’em up series in the world. Even today, during a time in which the market is chock-full of games of a similar style, Rocksteady Studios’ DC saga retains that all-powerful foothold in the community. Batman fan or not, there’s no arguing that action-adventure series isn’t worthy of a few hours of your time.

Of course, there’s far more to Arkham than a few brawls with a bunch of bad guys. In a nutshell, it’s an open world series with several mystery and puzzle elements. It’s also a stealth-shooter, and an RPG, if you can believe. Basically, it’s a slither of everything, with Batman painted over the casing to boot. And the best part is, the entire Arkham anthology is currently available on PlayStation Plus Premium. Does that warrant a millionth replay at some stage this month? Absolutely.

So, what’s your take? Will you be picking up any of the above five on PlayStation Plus Premium Classics this month? Let us know over on our socials here or down in the comments below.