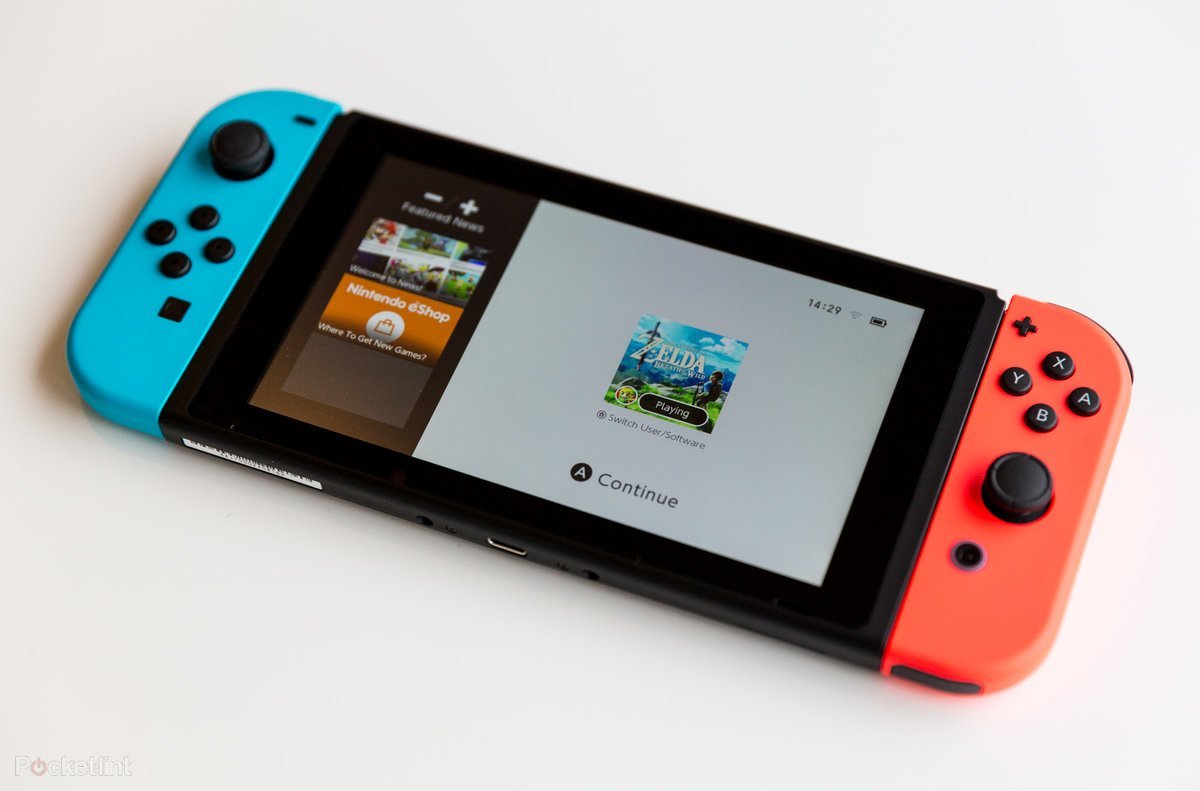 Black Friday is upon us once again this year. With it comes many new deals for players to decide what titles they need. In addition, many deals offer items from gaming consoles to games themselves at a steal for this holiday. So if you or someone you know is interested in gaming, this is the way to go when searching for gifts. So without further ado, here are our picks for the 5 Best Black Friday Gaming Deals. 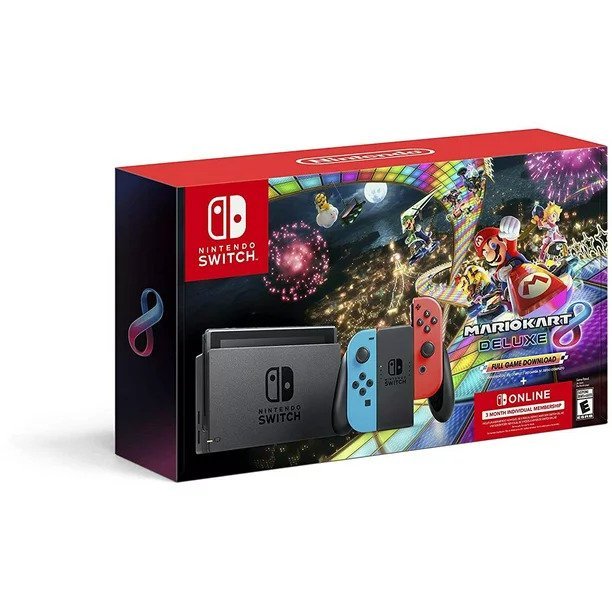 The Nintendo Switch is a console that has only grown in popularity since its release. With such stunning titles as The Legend of Zelda: Breath of the Wild, Animal Crossing: New Horizons, and many more. This console offers players experiences that they will never forget. In addition, this is an excellent deal for those with family or children, as many of Nintendo’s titles are geared toward a younger demographic. So if you are looking for a gift for someone younger or a gaming enthusiast, this could be it.

This is one of the year’s best gaming deals for the Black Friday holiday, as players can zip around Mario Kart 8‘s stellar list of courses. This bundle also comes with a three-month subscription to Nintendo Online, allowing you to play with people worldwide. So if you or anyone you know is interested in getting a new gaming system and a free game with that gaming system, then this is the deal for you. This deal will be available as soon as Black Friday drops this year. 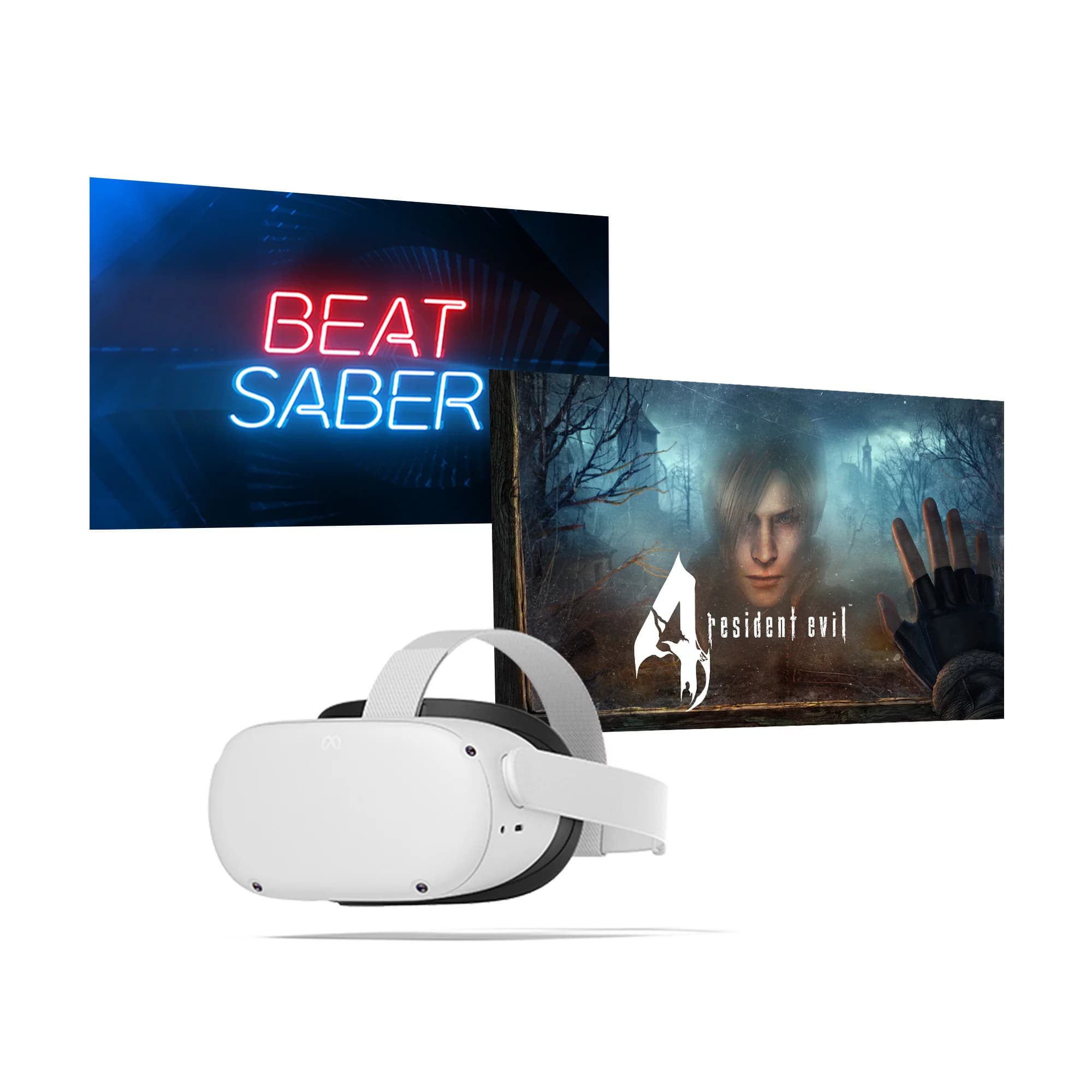 If players want to whet their appetite for VR, this Walmart deal will undoubtedly get the job done. This bundle comes with an Oculus Quest 2 that has 128 GB and a survival horror game classic. Resident Evil 4 is a game that has stood the test of time to prove itself to be one of the most incredible gaming experiences ever. Players will play as Leon Kennedy, a cop searching for the President’s daughter. Along the way, you will fight many different versions of infected villagers and unravel a sinister plot.

Playing this game in VR will definitely enhance your experience. You will feel it every time an infected reaches out to you, making the close-quarter combat all the more intense. This game is already one of the best games ever made, so featuring it in a deal like this is simply icing on the cake. The fact that you can have a seamless VR experience like this for such a low price is rather astounding. This is undoubtedly one Black Friday deal you will not want to pass up. 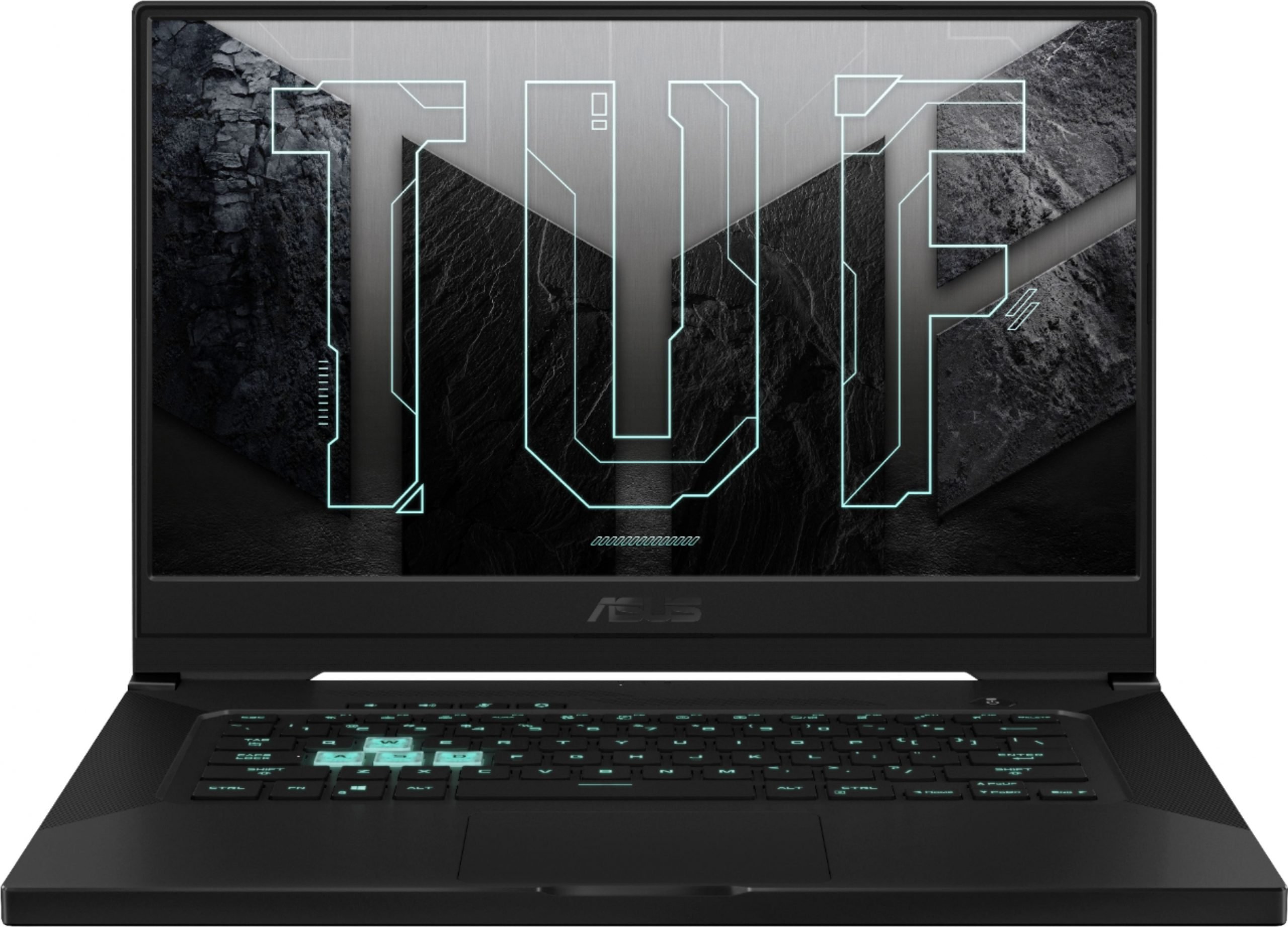 Our next entry caters quite a bit more to the PC gaming crowd. Players who have been waiting to upgrade their rig for quite some time will be glad to know that such a powerful machine is soon going on sale. The Asus TUF Dash features an RTX 3070 graphics card, which is rather top-of-the-line for its price range. If players are looking to upgrade their current system, this will provide them an avenue for doing so. Eager customers will be able to get this price at Bext Buy, which is currently offering the deal.

So in closing, if you are looking to get into PC gaming or upgrade your current setup, then this would be a fabulous time to do so. Taking advantage of this deal means that you would have a beast of a rig for all of those intense gaming sessions. Furthermore, the discount for this item is genuinely quite ridiculous when you consider just how steep the price for some newer GPUs can be. So if you are an entry-level PC enthusiast or simply someone who wants a new machine to game on, then this deal is for you. 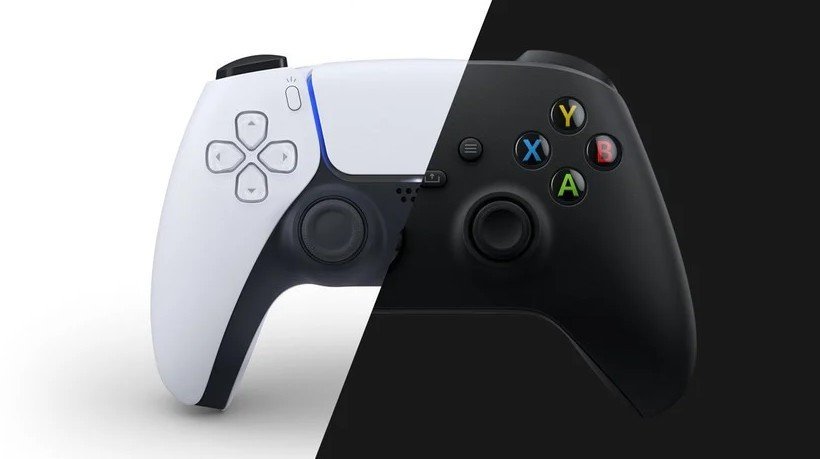 Which of the two will save you money in the long run?

Both PlayStation and Xbox are offering players discounted prices on their controllers this year. With some of the prices having a discount of $20 or more. While the PS5 controllers typically cost you $70, this deal softens the blow quite a bit and has them marked down to $50. The same can be said of the Xbox Core collection of controllers, which have been marked down $20 as well. Although it can be argued that Xbox has the better deal as their controllers start out cheaper.

This means that first-party controllers for the Xbox have been marked down. For example, it makes them around 40 dollars instead of $60. Each option also comes in various colors that span the primary color spectrum. While there is a tiny uptick in price when it comes to the specialty colors of the controller, if you are looking for a controller to use, then now is your time to pick one up. PlayStation isn’t lagging far behind, though, with them offering Dualsense controllers at a discounted price of $50. This dal can be redeemed at various retail stores such as GameStop, Best Buy, Walmart, and Amazon. 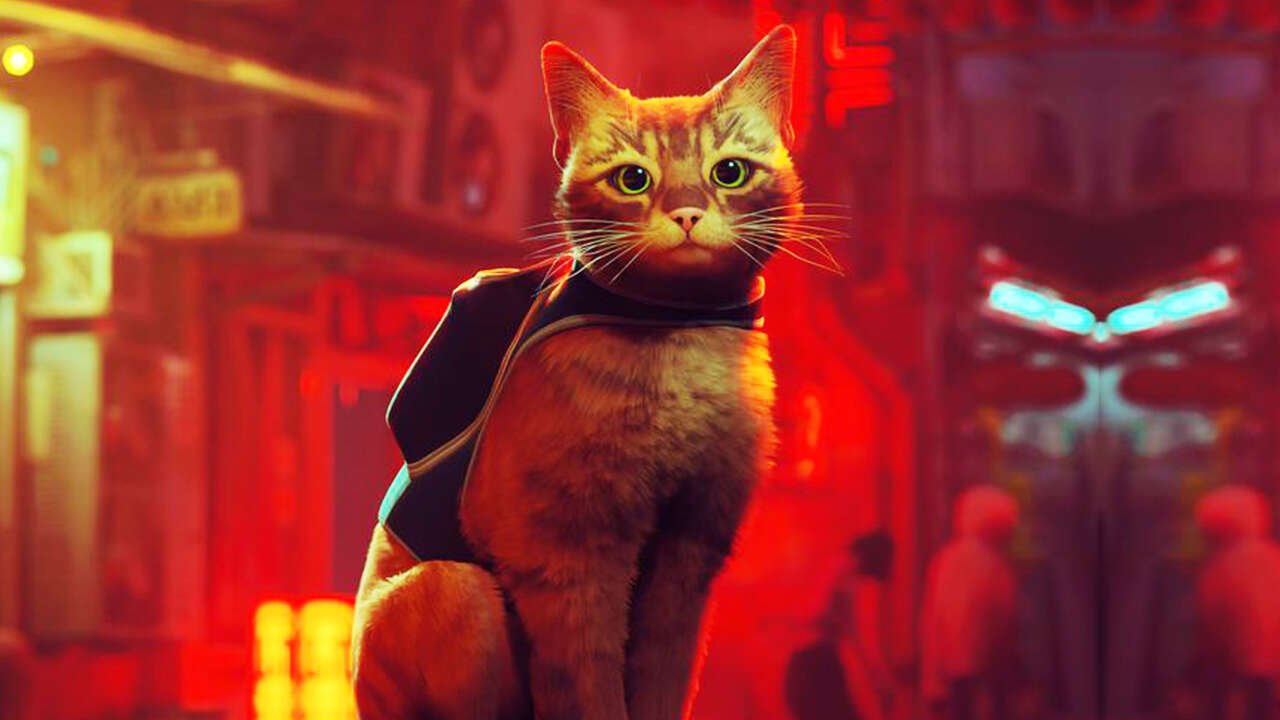 Black Friday deals are a godsend if players or their families are looking to save money on gaming this year. Suppose you are looking for a gift for that special someone in your life. Lo and behold, you find that their favorite game franchise is going on sale. These sales encompass a wide array of games and are taking place on both major consoles. For example, for the PlayStation fan in your life, there is a deal for the critically acclaimed The Last of Us series for both PlayStation 4 and PlayStation 5.

If you are eager enough for a deal and check each game store, such as the PlayStation store or Xbox store, you may find a deal that will suit your needs. For example, if you are a sports fan, you can pick up NBA2K23 for half price, making it only $35. The deals don’t stop there, however, as many different titles will enjoy reduced costs throughout this Black Friday holiday. For example, some critically acclaimed titles being reduced on the Xbox store are Red Dead Redemption 2, Assassin’s Creed Valhalla, and Call of Duty Black Ops: Cold War, which all enjoy a nice 67% discount for the holiday. So if you or someone you know is looking for a great deal in gaming, we have you covered.

So, what’s your take on our picks for the 5 Best Black Friday Gaming Deals? Let us know over on our socials here or down in the comments below.