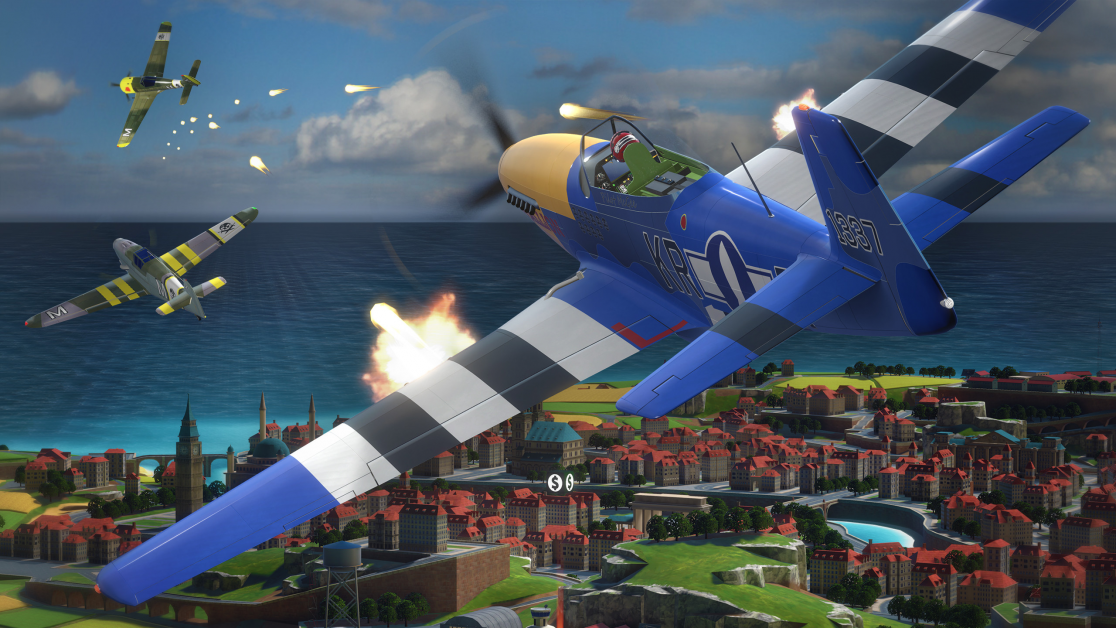 Ultrawings is a VR arcade flight simulator that has been on the market since 2017 and has established itself as a classic. The sequel we have all been waiting for, Ultrawings 2, will release on Quest 2 on February 3rd, according to developer Bit Planet Games.

According to Bit Planet Games, the developer of Ultrawings 2 will release it on Quest 2 on February 3rd,. The studio adds in a blog post that a PC VR release date would be announced “soon.” This could indicate that it will have some timed exclusivity before expanding to other major VR headsets.

The Quest 2 version is also “virtually identical to the upcoming PCVR version.” However, the main exception is the “lack of HOTAS support … and reduction in asset quality.”

Bit Planet Games issued an update in September last year that it will release Ultrawings 2 in early 2022. The company will release on PC VR and Quest as well as on undisclosed “other platform(s)” in the future. This is in consideration that the original is also available on PSVR and Nintendo Switch.

“[…] we decided to go all-in, so to speak, and develop a game that we felt was worthy of being called a sequel,” wrote the studio in its announcement. Indeed, the game appears more than complex than ever before in the introduction trailer, with new environments, challenges, and mini-games. Ultrawings 2 will also contain combat objectives like as dogfights, bomber interceptions, and convoy destruction. The studio claims that such combat objectives will be a considerable improvement over the original.

With five fresh aircraft (including a helicopter) and completely new islands that are substantially larger than the originals, Bit Planet Games promises; “three times the playability of the original.”


Players may expect 40–60 hours of gaming spanning “several hundred hand-crafted missions,” according to the firm.

Furthermore, Bit Planet Games claims that Ultrawings 2 is has room for extension.”


Additionally, the developer will introduce new aircraft, gameplay modes, and levels after releasing the game initially.

The game is designed to be played with VR motion controllers. However, Ultrawingis 2 will also support a variety of HOTAS (flight sticks) for those who have flight simulator gear. There’s no official supported hardware in the market yet. For now, we expect the same HOTAS used in the first game will be compatible in the sequel. These HOTAS include Saitek X52/55/56, Thrustmaster HOTAS Warthog/HOTASX/HOTAS4/T16000M).

The developer has not priced Ultrawings 2, however the game’s Steam page lists a release date of February 2022.