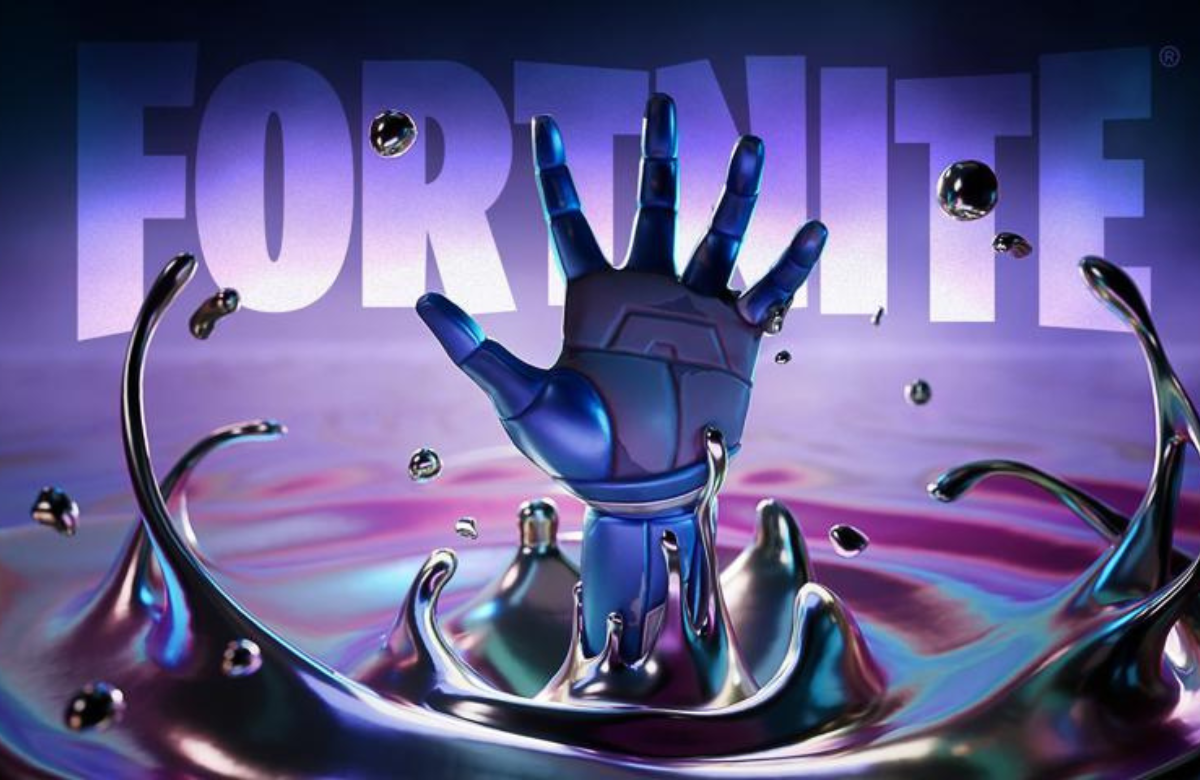 With the current Fortnite season coming to an end in just a few days, there are a lot of things we highly anticipate and look forward to. The new season starts immediately after the current one and we are hoping to see some of the things most fans have been predicting come true. The Fortnite community is ready with amazing ideas of some of the improvements the franchise should adopt for the highly awaited Fortnite chapter 3 season 4.

There have been many predictions so far and all are very exciting to decipher, in fact, some of them seem to really be spot on. From new upgrades to different Fortnite festivals, expectations are sky high. Nonetheless, we are hopeful the game developer, Epic Games, is able to meet just a few of them. The many leaks and speculations make it very confusing for players to know what to expect. Therefore, we have prepared a realistic list of the five things we hope to see in Fortnite chapter 3 season 4. Let’s dive in. 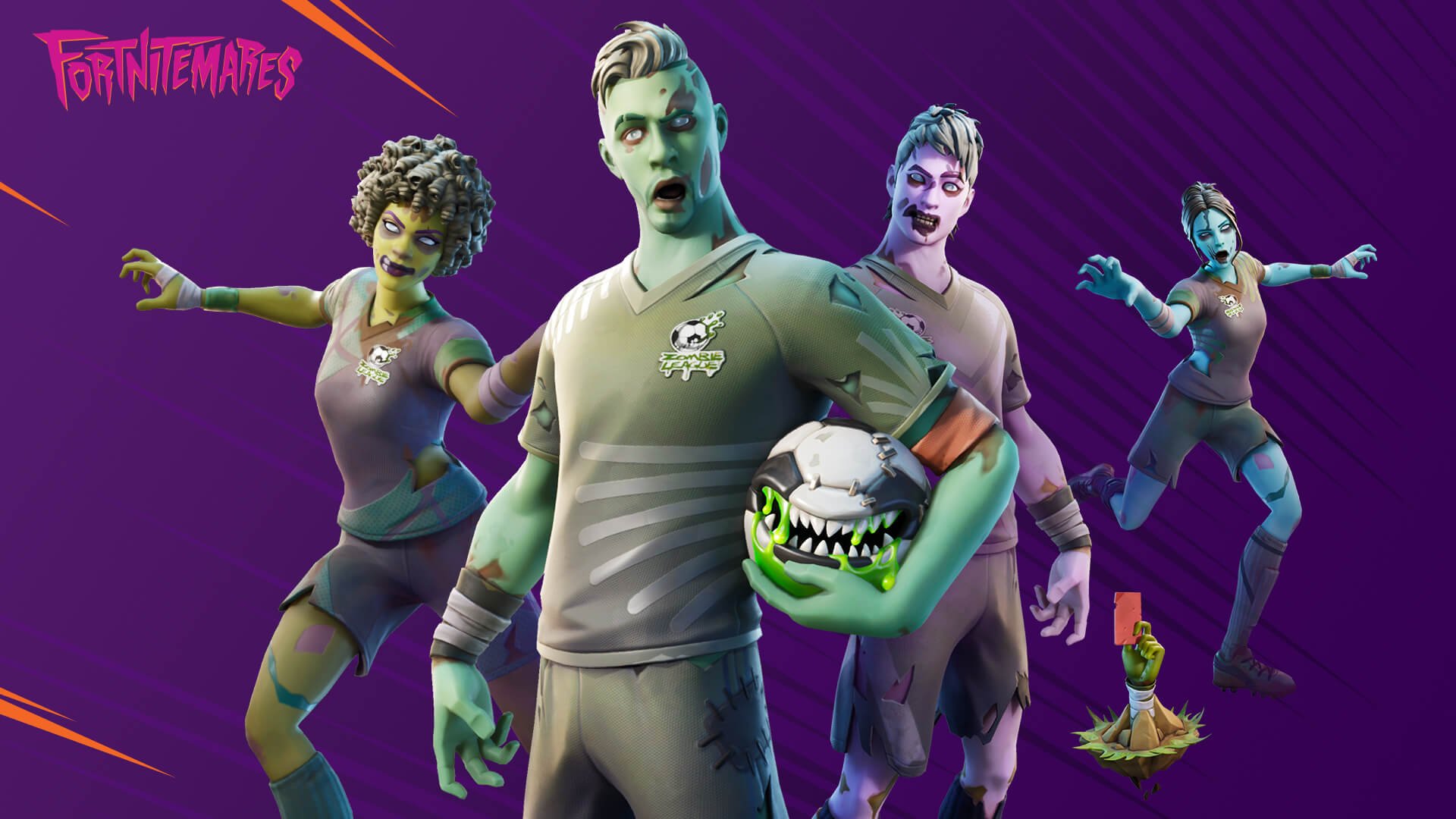 One of the biggest events we are sure will not miss is the annual in-game Halloween celebration. During the 2022 Concept Royale conducted by Fortnite, there were a lot of incredible spooky creations selected. These were made by the Fortnite community, and we have a good reason to believe that we will be seeing similar concepts this Halloween. Since the next season may stretch over the spooky holiday, we look forward to a big event.

Similarly, we’d like to see some free upgrades and new reveals. It’s safe to assume that we are all looking forward to the legendary monster lineups that make up the Fortnite Item Shop every Halloween season. One thing is for sure, this anticipation has never been a subject of disappointment. With a variety of characters appearing throughout the season, what’s not to like? 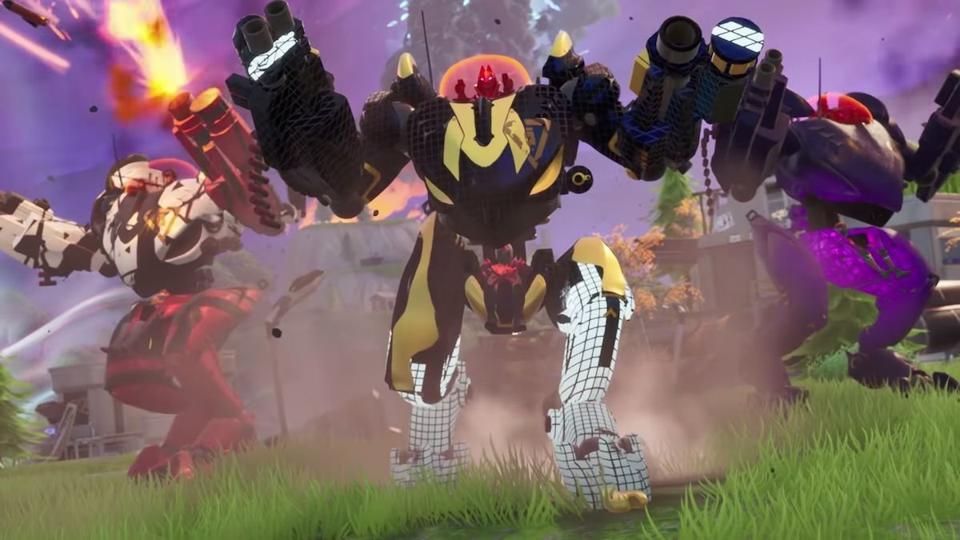 Season X’s mech era was one no Fortnite fan will ever forget. We got to try out mechs which were not only incredible armors but weapons as well. That’s why we must include this in the list of things we’d hope to see in Fortnite chapter 3 season 4. This time the mechs could drop in different avatars since we don’t see Hulkbuster being one of the featured mechs. Even though it features in the ‘Fortnite x Marvel: Zero Wars’ comics, we still can’t anticipate a Hulkbuster feature just yet.

Having mechs make for versatile gameplay since they act as armor. Similarly, they can be armed, mechs have the potential to greatly influence matches just by being present. Besides, piloting a giant mecha machine is just a vibe on a whole other level; that we can’t wait to experience. Especially if they let you customize your mecha into any design you like, but that seems to be too far-fetched as far as wishes are concerned. 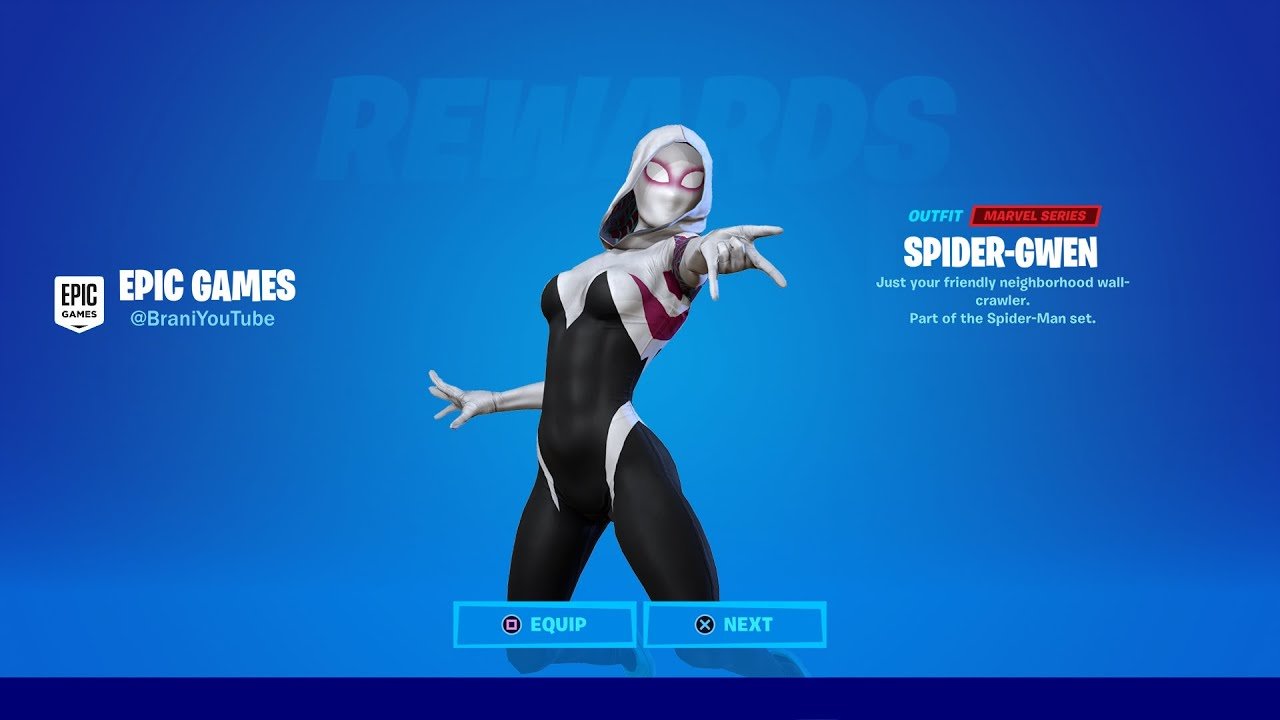 Speaking of Marvel collaborations, we sure hope developers could make one tiny exception when it comes to Spider-Gwen. We may have had enough collaborations, especially marvel-themed collabs, but who could ever say no to a Spider-Gwen skin? Especially because it’s one of the most awaited character introductions for the Spider-Man franchise. Since the developers have adopted numerous other characters from the franchise we are confident this could be possible as well.

The current season has brought us badass characters such as Darth Vader and Indiana Jones, so at this point, Spider-Gwen seems more possible than ever. We are eager to see the new exciting options Epic Games has in store for us. Fortnite skins vary, and most players always want the most awesome-looking outfits. Although the type of outfit you have on does not always have an impact on your gameplay, it certainly plays a major role in how you blend in with your environment. 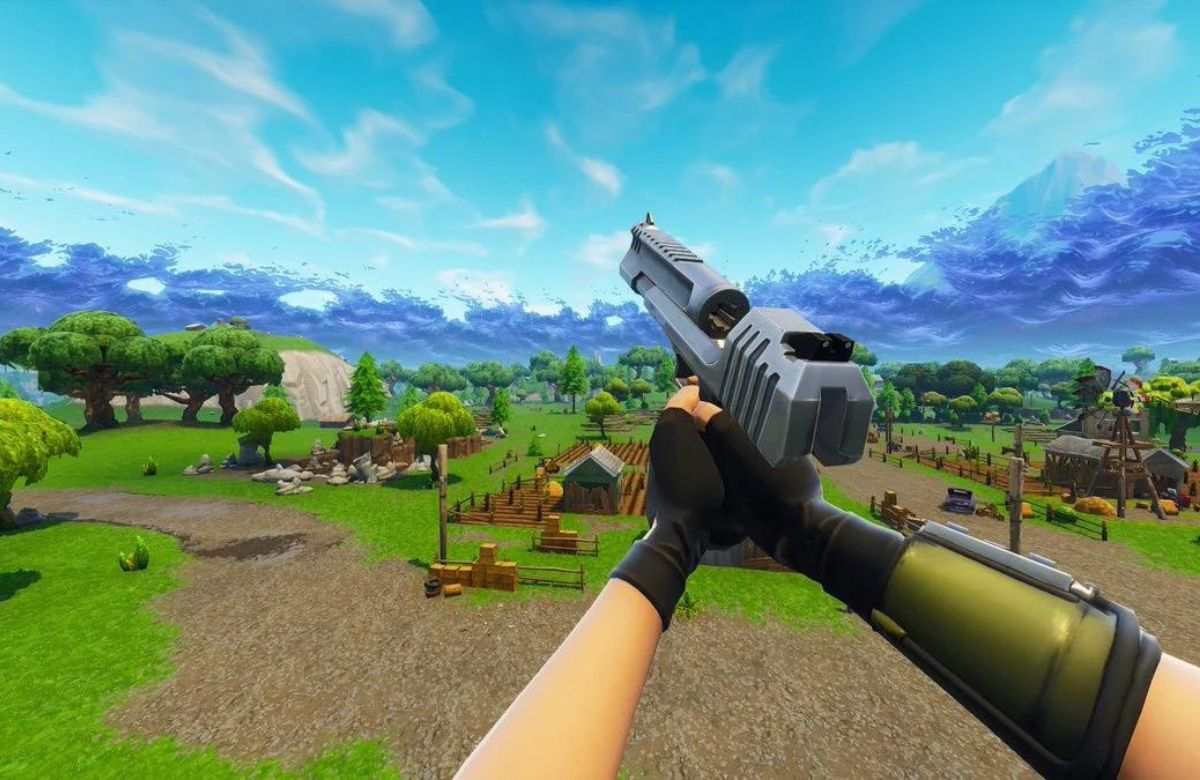 It had been rumored for a while now about the possibility of the first-person perspective mode. These speculations have aroused most players’ curiosity about what the mode would be like, and we are actually hoping to see it in the next season. Whenever a new feature is introduced, the game gets more exciting. Mainly because players get the chance to explore the game from different perspectives, and that’s why this would be a game-changing feature should it appear in chapter 3 season 4.

Simply put, this enhancement would give players access to their avatars’ first-person perspective. This is common in first-person shooter games, where the player typically only gets a glimpse of the character’s hands and feet, along with whatever weapons they happen to be wielding and the environment immediately in front of them. It’s the same when you’re behind the wheel of a car or flying through the air. When you’re in the driver’s seat, you won’t be able to see the entire car like you would from the third-person view. 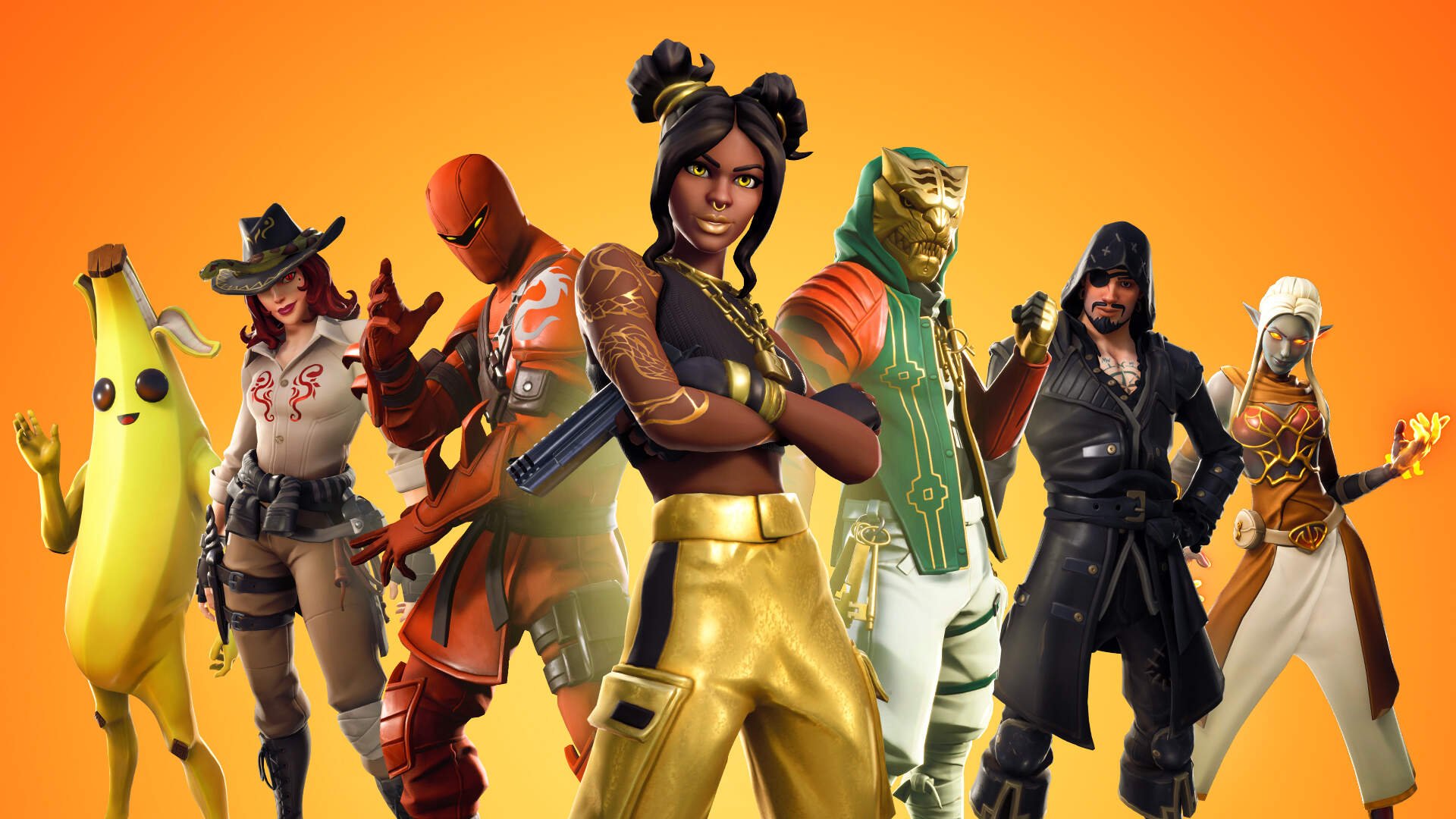 Collaborative skins have gotten old and we yearn for something more customized. In fact, most Fortnite players criticized chapter 3 season 3 for being plagued with collaborations that have grown boring after a while; since it started to pile up and was quite overwhelming. What we would like to see more of, are original skins such as Malik and Evie. Players prefer more original outfits in the next season as opposed to excessive collaborative content. Fortunately, this is not such an implausible wish and we are hopeful to see the next season feature more of these skin.

The biggest attraction in Fortnite has been the character skins. Epic Games has always done a great job at providing players with amazing and interesting options. These include the original as well as themed skins. However, most fans have started to realize a downward trend in original skin releases. Mainly because more effort is channeled into Icon Series skins and collaborations compared to original ones. But then again the game has never had a shortage of highly demanded skins. And making up the highest percentage in this category are popular collabs such as ‘Batman’ and ‘Star Wars.’

Which of the predictions from the list above do you hope to see in Fortnite chapter 3 season 4? Share your pick with us in the comments below or over on our socials here!

Related Topics:Best Fortnite SkinsFortnite
Up Next