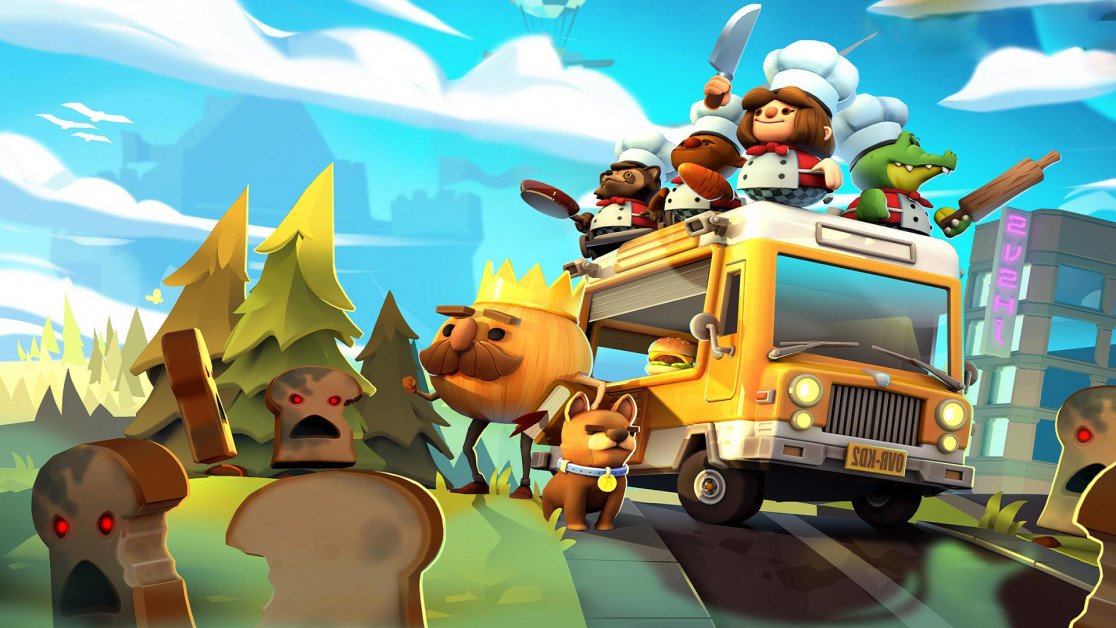 If you’re looking to build your team’s chemistry, video games can be a fun and effective way to do that. By playing these games, you are unintentionally training and strengthening collaboration, as the games’ success depends on it. This is also why these games are great for team development since they force your team to cooperate. So, don’t expect any solo play in this list of the best team-building games, for Xbox and PlayStation in 2022.

Communication, trust, and accountability are all key components of these games, that help gamers come together. As a bonus, they are all cross-play compatible, so regardless of your console, your squad can participate. So grab a friend, teammate, or fellow gamer and test your team chemistry in the best team-building games on this list.

You’ve most likely heard of the widely fun and amusing game, Fall Guys: Ultimate Knockout. The game sets players on huge challenging obstacle courses, that could be compared to an episode of Wipeout, however on a much larger scale. The game was introduced in early alpha as a single-player game, but with its full release brought four-player parties into the picture. This is where team-building comes into full effect.

In the early rounds, you’ll all rely on your individual skill to finish the course. However, this comes with a high set of team play as sometimes players will have to sacrifice themselves or make a decision for the betterment of the team. This show’s who’s riding for your team and not just themselves. Then, in the later rounds team games take place, with chemistry being the most crucial component. You won’t find any success working as a group of individuals, and must come together to become the ultimate knockout champion squad.

There’s no better way to explain Rocket League than to say it’s soccer but with cars instead of people. The game, developed by Psyonix, grew into an Esport due to the high caliber of teamwork the game incorporates. It is widely fast-paced and constantly chaotic as players are speeding around the map lunging themselves at the ball. And without proper communication, your team will get caught with their pants down.

With up to four players online, each player must play their part in order to succeed. You constantly need to cycle players into the role of netminder to help with transitions. Working as a team in the offensive zone pays huge dividends for setting up plays. And you must rely upon and entrust your teammates to have your back. Giving no shortage of accountability for when mistakes are made. All of these team-building characteristics are on the platter for Rocket League, signifying it as a great team-building game.

If you really want to take teamwork to the next level in FPS, Rainbow Six Siege is the best way to do that. The game sets two teams of five, attackers and defenders, to siege an area to defuse a bomb, rescue hostages, and eliminate the enemy team. However, the game is much more advanced with its maps, gameplay, and approach to sieging a sight. Your team must work together to scope out the best plan of attack and work in groups at separate breaching points.

You have no clue where the other team may be hiding, so having your teammates back is a necessity. Plus effectively communicating and navigating the objective can make the difference between life and death. Call-outs are critical, and everyone must be on the same page in order to function as an efficient team. Rainbow Six Siege is credited on the Esports scene as being one of the best competitive team-based games and is great for developing chemistry. There are even team coaches that lead the group and tactics of the team. Making it the greatest FPS game for team building.

2. Keep Talking and Nobody Explodes

Trust and communication are the two ultimate components of Keep Talking and Nobody Explodes. The game set’s one player in a room with a literal ticking time bomb. Then you must assist the diffuser with the bomb using your squad of skilled bomb-diffusing professionals, or at least the finest you can gather. The catch is the diffuser is in the room alone with the bomb and must make the plays. The team of diffusing professionals is working together off a game manual, telling the diffuser the proper moves to make. So essentially, the diffuser’s life is in your team’s hands.

The player in the room must essentially communicate the many riddles on the bomb to their friends. The diffusing team must use that information, with the manual, to solve the puzzles and tell the diffuser the proper button to push, or wire to cut. However, one wrong move and boom goes the dynamite. And just to add to the stress, there is a timer counting down on the bomb. With the diffuser’s life in your team’s hands, this is the pinnacle of communication for the best team-building games.

If you’ve ever seen an episode of Hell’s Kitchen, you know all too well how stressful the life of a chef can be. That is the whole point of Overcooked! 2, which is a cooperative cooking simulation game. This game is the ultimate team-builder as everything is at play. You must cut, cook, and serve dishes in order to save the Onion Kingdom, from a Zombie army of bread. It’s a lighthearted and entertaining approach that doesn’t detract from the game’s team-building elements.

Your team must work in full co-operation in order to be highly efficient. You’ll need a designating player in each role from prepping, and cooking, to delivering service. Food can be thrown to teammates across the kitchen to help cut time and complete orders. Plus keep an eye out for all the booby traps hidden around your kitchen that are looking to falter your plans. Overcooked! 2 is the ultimate-team building game for developing chemistry, increasing communication, and coming together to work as one, well-oiled machine.

So, what’s your take? Do you agree with our top five? Are there other team-building games do you feel should be included? Let us know in the comments below or over on our socials here!

Games on Steam: Lock and Load