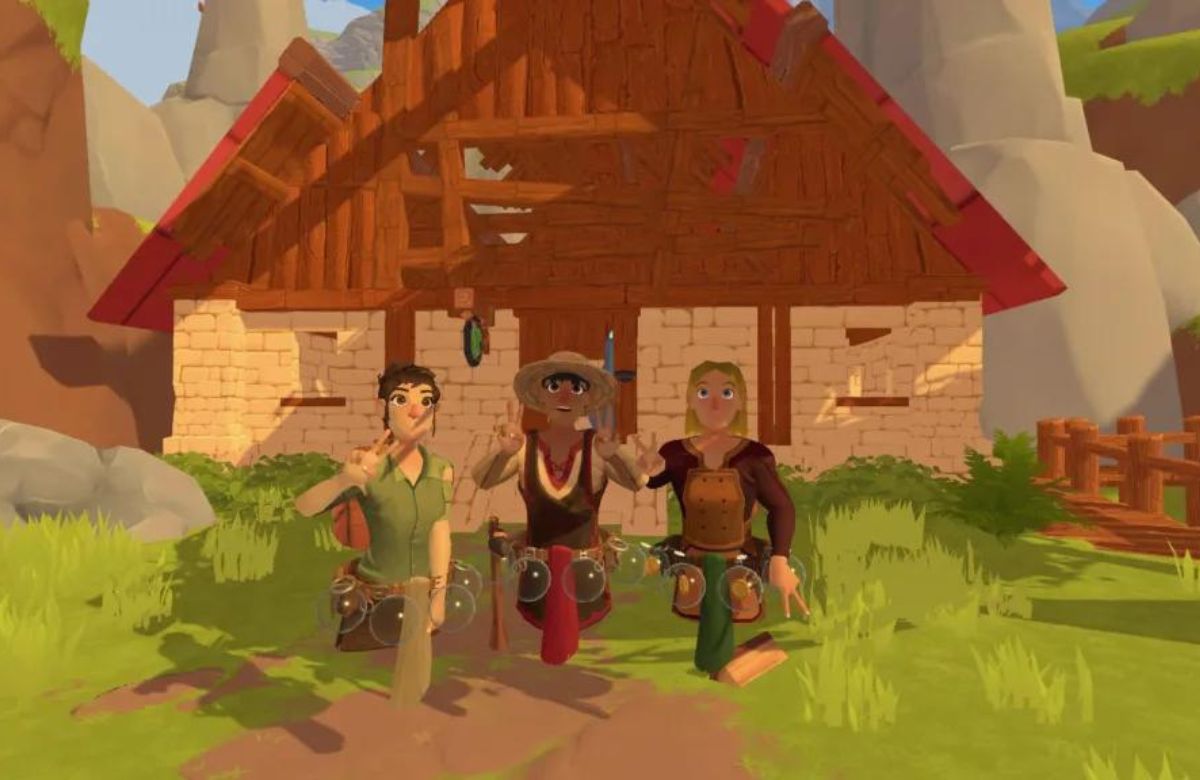 RPG is a fascinating genre in the gaming sphere. Players engage in an immersive experience by deciding the fate of their characters. What’s more, the ever-so challenging RPG titles deliver a thrill that has gamers engrossing much time to complete the levels. While RPG games are available on other platforms, the Oculus Quest 2 delivers a more real-life simulative experience with stunning video graphics. Imagine combining RPG and virtual reality. You get a captivating and immersive experience as you step into your character’s shoes in the fictional world.

That said, here are the five best RPGs to try out on Oculus Quest 2 so far this year.

Zenith: The Last City is an excellent choice for a thrilling yet compelling trip to the lush fictional world. Swing to action and witness the marvelous landmarks in Zenith through the Oculus-looking glass. The MMORPG lets you interact with other players and engage in active combat while collecting prizes. Although its initial release was coupled with bugs and lagging issues, developers continue to issue patch bugs and maintain communication with the gaming community.

The simulative experience in Zenit: The Last City is unmatched. The game allows you to scale buildings and glide over surfaces. Playing the game solo can be quite a bore. You’ll find teaming up with friends more exciting for the adrenaline pump action. Or, you can prepare a meal and bond with your mates.

Undeniable, Zenith outshines other games as the grand VR MMO. Developers took their sweet time crafting this masterpiece for the ultimate RPG on Oculus Quest. The game is not a simple remaster for a new platform. Developers have ensured the game seamlessly fits and blends with VR controls. With massive game arenas and plenty of looting to do, the game awards you with new abilities once you level up.

OrbusVR: Reborn makes it to our list of RPGs on Oculus Quest 2 for its fascinating gameplay, which champions the RPG genre. Although the game is not a novice to other gaming platforms, its latest update, which features Occult 2 specifics, immerses you into the fantasy world.

In addition to its massive and authentic content, the game features a room-scale virtual reality design that you won’t see in other MMORPGs. This design allows you to enjoy the enchanting adventure even on solo missions.

The virtual reality games also feature a solid online community that allows you to interact with fellow gamers globally. You can participate in the ten-player raids and five-player dungeons, hunt for fish, craft items, and pet dragons. Show me another Oculus Quest 2 game with so much more!

If you’re a Boneworks enthusiast, you will love our next pick for the best RPGs on Oculus Quest 2. As a sequel to the 2019 Boneworks, Bonelab is breaking boundaries with its intense physics-based gameplay. Moreso, its compelling narration and built-in mod support will have you glued to your screen for hours.

Bonework’s successor has big shoes to fail, and the developers did not disappoint. The relentless action is brought to life by the 1 Marrow Interactive Engine, which makes the VR experience alot better. The game gives you a real sense of weight when hauling objects. If you need to lift a rock, you should imagine the weight of the rock and apply the proper force to get it off the ground. Neat physics trick!

Stress Level brings an indepth vision to this game, which is slightly different from the original. You will get access to a range of minigames and plenty of activities to explore. The game starts with the main campaign, which lasts about 15 minutes. After its elapse, you’ll end up in a new hub known as The Lab, leading you to the campaign’s heart. You can customize your avatar to whichever look you prefer. However, remember the rules of physics will still apply.

Although it’s currently in the works, Illysia is a promising title that will also feature in the Oculus Quest 2. In this thrilling adventure, you get to decide on making allies to defend a planet from colonizers or match front in the battle for a new habitat. The mythical world full of dungeons, monsters, and cities allows you to traverse its enormous expanse as you explore unique areas. Each biome presents a new set of challenges with increasing aggressors to beat.

The MMORPG lets you limitlessly scale different landscapes with other players. Maneuvering in the game is quite the adventure when you climb trees and cave systems and discover hidden treasures and secrets. Treasure troves will include armory, weapons, and other valuable items you can use or sell. However, you may also run into demon creatures you’ll have to fight.

On customization, Illysia gives you the freedom to add personality to your character. Each player receives a caravan as a personal space. You can spruce your Caravan to your liking and store your precious cargo.

A Township Tale lets you travel to medieval times and experience life in a fantasy setting. The game, which is a proper blend of survival crafter and social interactions, lets you team up with upto eight friends and scale up the social hierarchy. Using resources you gather and craft, you can make additions to your town, leading to its expansion and, of course, thriving in return.

Players experience a sense of accomplishment after restoring an abandoned town to its all-time glory. The game’s thrill is restoring broken items into a well-functioning system. Unlike other games, A Township Tale’s game mechanics embrace manual labor rather than contouring portions to build a foundation. If you need a backpack, you may have to forage sticks and piece them together for a firm hold.

Furthermore, the game allows you to enhance your skills as you level up. This comes in handy when crafting more advanced objects. You should also expect combat instances when protecting your territory from invaders.

So, what’s your take? Do you agree with our top five RPGs on Oculus Quest 2? Are there any other titles you’d recommend for addition to the list? Let us know over on our socials here or down in the comments below.

Related Topics:Oculus Quest 2RPGs
Up Next

5 Most Entertaining VR Games of All Time