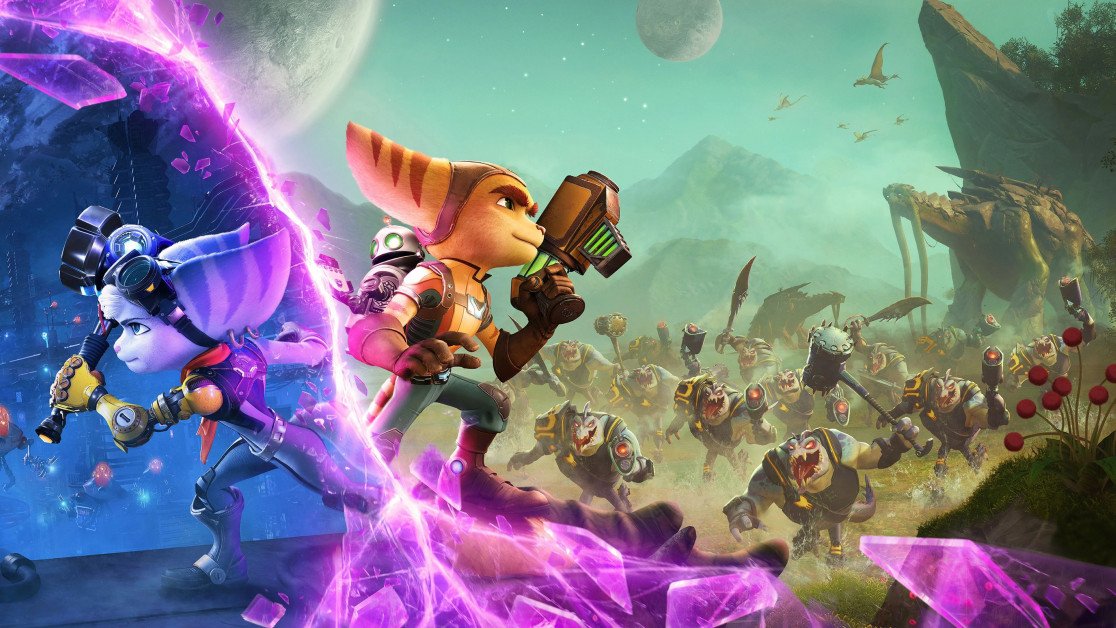 The launch of the PlayStation 5 in 2020 came with many big-name titles, such as Assassin’s Creed Valhalla and Call of Duty: Black Ops Cold War. However, the real-time for the PlayStation 5 to shine and show its true potential was in 2021. Games were being freshly optimized and a handful of exclusives got released. It almost felt like I could barely get through one game before the next big title was released. I’m not complaining though.

The only issue is the majority of gamers don’t have the time or money to play every title they want. Most of us have to pick and choose the titles we feel are worth spending our precious time on. Choosing the best out of a sea of titles can be difficult, but that’s why we’re here. Comparing everything from major company ratings, user reviews, and personal experience to give you a list of games that you surely don’t want to miss out on. After a lot of careful consideration, we have narrowed down the top five games of 2021 for PS5.

Instead of building up to the action, Resident Evil Village throws you right into it. Once again playing as Ethan Winters you will constantly feel a sense of haste and anxiousness as you progress through the game. You almost always have an unsettling feeling of being watched that will constantly make you look over your shoulder. Part of this has to give credit to a whole new list of disturbing enemies that will make your skin crawl at first encounter.

If you enjoy the story-driven horror genre, then Resident Evil Village is a must-buy.

One of the most overlooked titles of 2021 was Death’s Door. This could be because the protagonist you play as is a crow. Yes, I will repeat myself — you play as a crow. It’s a shame that most people may have turned their backs to this game for that reason because it has a lot to offer. Death’s Door is a beautifully designed 3D, top-down Indie game with a great feel to it. The skill gap is at the perfect level where it’s addicting to master, and rewarding when fluently achieved.

The game consists of exploration, puzzles, and a solid amount of action and combat to keep you on your toes. You find yourself on a mission to retrieve a soul that is vital to the crow’s existence in the living realm. It feels rather simplistic at first but as you go on the story starts to unravel and reveal more of a mystery. By this point, you will find yourself completely immersed.

All the while, taking the topic of death and looking at it in a light-hearted and encompassing way. If you’re into Indie games that have a unique feel and make you rethink your approach to life and death for this matter, then definitely check out Death’s Door.

It Takes Two is a co-op action-adventure  platformer that will appeal to every type of gamer. Even non-gamers can play with a friend and find a lot of amusement from this game. That is because the amount of variation across the levels is incomparable. No area feels similar to the other, and every situation you face is challenging and unique. On top of this, both players have their own role to play for each level but can’t complete it without one another, therefore making the progress feel like an individual accomplishment but an overall team effort.

The game builds off of the story of two parents who are getting divorced but find themselves magically turned into two dolls. The plot may not be that thick, but the emotions are. Every level in the game has an overarching connection to rebuilding the parent’s relationship. Full of metaphors and hidden meaning, the game is reflective in re-establishing a connection and bringing out the best in each other.

I hope you’re ready to save the universe as Ratchet and Clank, again. PlayStation’s long-time favorite exclusive Ratchet and Clank finally saw a new installment to the series after five years. I don’t blame Insomniac games though, since Ratchet and Clank: Rift Apart is another home run for the company. The time they dedicate to handcrafting beautifully artistic and emotionally story-driven games show.

Even if you’re new to the series, Ratchet, and Clank: Rift Apart is easy to pick up and fall in love with. There are so many likable characters, encapturing scenic moments, and enjoyable combat with funky new weapons. Even better, the game runs like a gem on PS5 in smooth 60 FPS.

If you’re a fan of story games with a riveting narrative and a fun playstyle, then pick up this game. It Takes Two is one of the most highly discussed titles of 2021, and exceeded user expectations.

It’s only fitting that a PlayStation 5 exclusive, such as Returnal makes the number one spot on this list. Returnal is a newly developed game for PS5 that is full of fast-paced, riveting action. I will admit the game can be challenging at times, but it’s also those moments that make it so inviting. The game crash lands you on a planet that is a mystical jungle, full of intriguing creatures. Don’t get too friendly with them though, cause I can assure you they aren’t looking to befriend you in the slightest.

That’s where the weapons come in, which are just a spectacle on their own. Shooting a multitude of different lasers, particles, and explosions that are full of vibrant colors. Visually the game is amazing in every aspect. Even better, the gameplay feels fast, and the combat plays even faster. It would be hard not to enjoy your time with this game as it is every bit creative and intriguing as it is fun.

Already looking to step into the realm of PS5 games in 2022? Take a look at these articles to find some hidden gems:

Games on Steam: You and Whose Army?