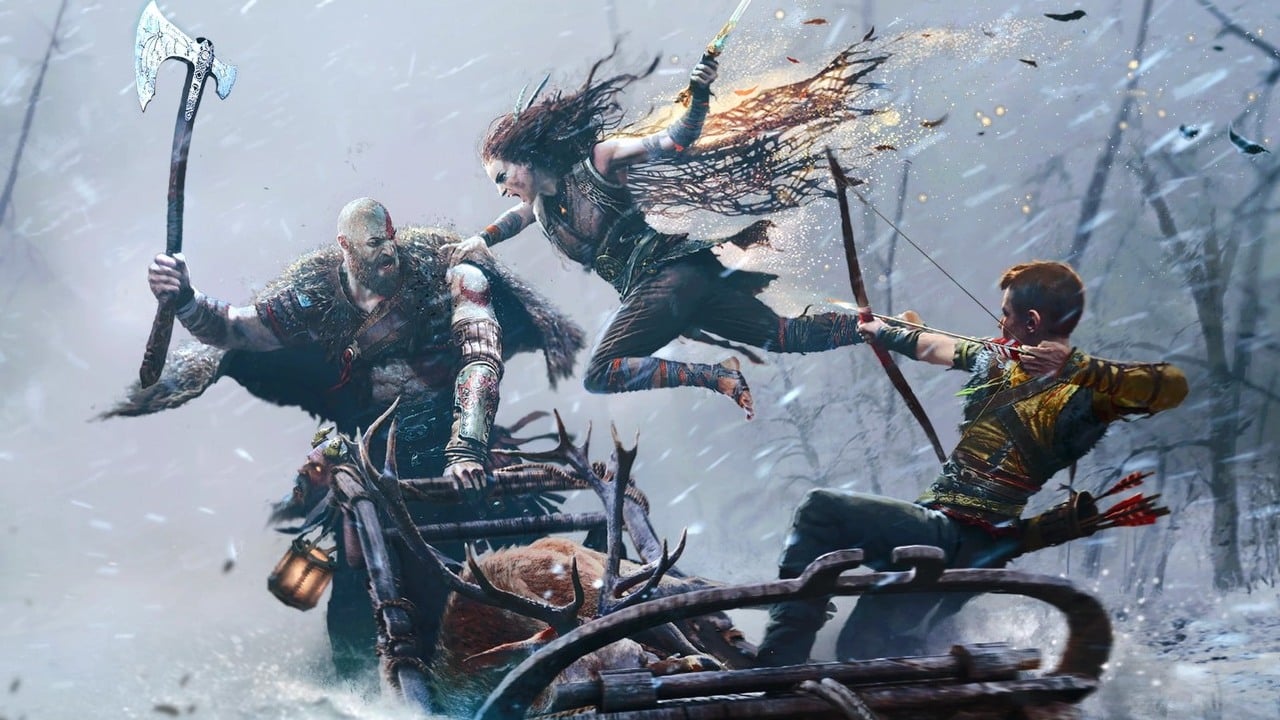 God of War Ragnarök isn’t just a masterpiece because of the combat but also because of the poignant moments between the fights. From its harrowing premise to the inevitable end of days in Ragnarök, the storytelling is so gripping, reeling you in from the start and taking you through adventures fit for the gods.

Particularly the intertwines between father and son. The intricate emotional bits that brought out such mature, deeply nuanced themes would have any sort of gamer from all generations crying within the first few minutes. Okay, maybe not tears, but it certainly induces a “lost in the moment” vibe right off the bat.

Among all the showstopping dialogue between father and son, a grieving Freya seeking revenge for the death of her son, and the antagonists Odin and Thor, from navigating a harsh, unforgiving winter leading up to the inevitable Norse mythology’s end of days Ragnarök, here are the five best moments in God of War Ragnarök that stood out the most. Spoilers ahead!

Who would have thought? If you’ve played the sequel, God of War, you’ll know Kratos was up in arms fighting against Baldur. Rightfully so since Baldur strongly believed (based on deluded stories by his father, Odin) that Kratos would cause Ragnarök, the infamous Norse mythology end of days, and was adamant to stop him. In the end, Kratos defeats Baldur by striking him to death, no less, leaving Baldur’s parents, Odin and Freya, beside themselves with rage.

Now, three years later, Freya and Odin are set on exacting revenge on Kratos for slaying their son. It almost seems impossible that Freya would forgive Kratos… until she did, well, almost. Granted, Freya needed something in return from Kratos – he’s the only one who can free her from Odin’s spell trapping her in Midgard. If you thought it doesn’t get any juicer you better think again. Though if you’ve watched too many movies like I have, you might already see this coming – that Kratos does break the spell placed on Freya only to offer her the chance to kill him once she’s set free.

However difficult, Freya refuses to kill Kratos. She doesn’t fully forgive him either, instead, asking to work together to defeat Odin.

For animal lovers, Atreus saying goodbye to his pet wolf, Fenrir, is quite a gut-wrenching moment to endure. According to Norse mythology, Fenrir plays a vital role in slaying Odin himself. However, his role is greatly reduced in God of War Ragnarök.

This doesn’t mean he doesn’t make an impact, and at one of the very first scenes of the game. It turns out Fenrir is sick and refusing to eat. As Kratos tries to ease his son into preparing for the worst, Atreus refuses to hear anything of it. Kratos and Atreus return home to find Fenrir much worse—a scene that ends in Fenrir’s death.

3. Atreus Learning Control Over his Powers

Unfortunately, animal death doesn’t end there. As Atreus mourns the loss of his pet, he transforms into a bear and gets into a fight with another bear named Bjorn. Later on, Atreus realizes what he’s done when he and his father run into a pair of young cubs crying over their dead mother.

Atreus looks to his father for advice, who teaches his son a lesson by letting nature take its course. As heartbreaking as seeing a pair of scared and alone cubs is, you almost wish there was another mother bear to adopt the cubs, if such a thing exists in the animal kingdom.

2. Freya and Freyr Letting Go of the Past

Freya and Freyr are twins in Norse mythology who are associated with beauty. However, Freyr has for a long time not been in Freya’s good graces. Freya was pretty vocal about his estranged brother, Freyr, in God of War, expressing her resentment towards him. But we never got to see Freyr or hear his side of the story.

When the two meet in “God of War Ragnarök” Freyr is quick to express how much he missed her sister. He goes on to express how long he mourned her loss. Freya soon forgets whatever grievances she had against him. The two reconciling is quite a sight to behold, and it only takes a sequel for them to finally let go of the past. All is soon forgotten, and Freya and Freyr simply revel in the joy of seeing each other again.

One of the highlights of “God of War Ragnarök” is definitely the father-son duo between Kratos and Atreus, especially when they engage in some of the most beautiful yet intense dialogue godly beings could ever have. These created incredible father-son moments littered all across the game, some quite sad and others pretty adorable.

Having come across as a non-caring person in God of War, Kratos tries his best to instill values in Atreus that would make him a better person. At first, fatherhood didn’t come naturally to him; at some point, someone said Atreus should “close his heart” to the pain of others. However, after they kill innocent people who’ve set camp at Asgard, Kratos is quick to correct Atreus. As he had already started reciting his father’s “close his heart” advice. Instead, Kratos says he needs to feel their pain and keep his heart open, somewhat advising himself to do the same.

Unlike God of War, where Atreus didn’t have much of a say, always being told what to do, God of War Ragnarök portrays him as a teenager beginning to find his own way. He’s starting to question his father, with Kratos having classic father-figure comebacks like, “Are you being sassy?” It’s a pretty gripping experience watching the relationship between Kratos and Atreus evolve across the game, with both characters borrowing a page or two from each other’s lives.

And there you go, the five best moments in God of War Ragnarök. Do you agree with our listing? Are there moments you find more deserving? Let us know in the comments or over on our socials here.

The Devil in Me: 5 Best Characters, Ranked

5 Best Games to Play During Thanksgiving