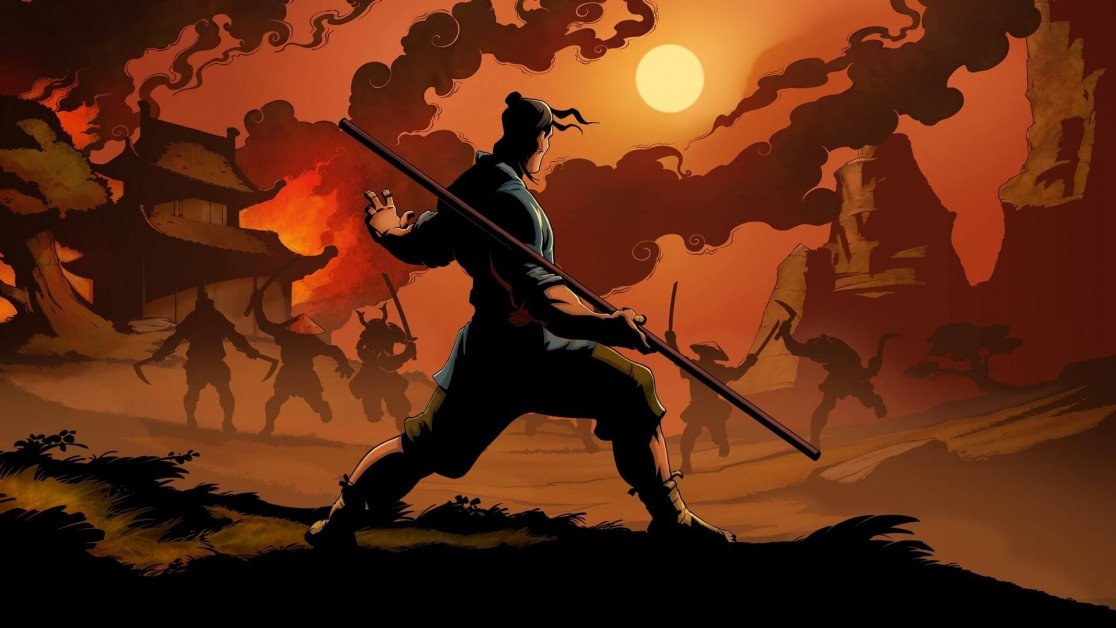 Sifu breaks out onto the market on February 8, meaning we’re only a few short days away from indulging in its many martial art wonders and almost choreographed combat routines. But with a week still left on the clock, it does mean we’re able to spend some time mopping up games that follow a similar recipe, if only to prepare us for what’s to come.

If martial arts is your thing, then be sure to swing by these five games before sinking into Sloclap’s upcoming beat ’em up episode. Chances are, you’ll learn a thing or two before accepting the slew of challenges that will come tumbling along with it.

Absolver was a hidden martial arts gem that flew south of the radar back in 2017, regrettably succumbing to the lashings of rival franchises that swept the board during its year of release. Looking at it now, we think it deserves a lot more credit than it originally received — especially with Sifu looming on the other side of the door. Of course, customization plays a major role in the game, but, similar to Sifu, its heart and soul lies within its raw and stylish combat.

Absolver is all about developing a character and watching them blossom into something otherworldly. As a Prospect of the elite corps known as the Absolvers, it is your solemn duty to maintain stability in the world by any means necessary. Work to hone your skills, dedicate a life to master the art of combat, and above all, live to fight another day as you secure your place in a broken world.

Putting emphasis on the beat ’em up side of things, 9 Monkeys of Shaolin owns up to having one of the most polished structures of the last few years. Bringing a retro-like feel to the side-scroller genre, the martial arts journey packs as many arcade references into its core as it does fleshed out combos. And that’s really the tip of the iceberg when it comes to Sobaka Studio’s energetic and vibrant world.

Set during the Chinese Year of the Water Monkey (1572, to be exact), you fill the shoes of Wei Cheng, a simple fisherman by default, but with a rough knowledge of how to use a staff in combat. After being left for dead during a bandit attack, you’re quickly scooted along a path rifled with revenge. With the enemy being responsible for your parents’ death, push soon comes to shove as you seek out your oppressors and tap into a power unlike anything else you’ve ever conjured.

While Sifu narrows its focus on in-your-face combat and time-based action sequences, Aragami 2, on the other hand, settles for a more silent approach, with stealth being a little more important than wall-to-wall conflict. That being said, both games definitely follow a similar art style and design, both of which are backed by crisp cinematics and living, breathing worlds.

Aragami 2 hones in 100 years after the first tale, now putting a new warrior front and center to tackle a curse that enslaves a decaying homeland and all its citizens. As the last remaining hope for the people, it’s up to the shadow-dwelling warrior to ascend the ladder and drive back a world of threats that dare to imprison the whole of civilization.

Ghost of Tsushima is something we’ve covered numerous times here on gaming.net, and for good reason too. Whenever we’re in need of sourcing a textbook example of how to execute a clean and quality combat system, Sucker Punch’s PlayStation phenomenon always springs to mind. It’s a clean-cut, no-nonsense formula that knows how to showcase its decorum and vigor without the unnecessary theatrics. Similar to Sifu, it channels its energy into molding a flawless combat system that dares to be bold.

Ghost of Tsushima pits you against an invading Mongolian army as they ravage the land of all its remaining resources. With odds against you in every way imaginable, it’s your goal to become the savior everyone longs for by becoming The Ghost, an elite warrior with all the powers to turn the tides of war and return the war-torn island to its former glory.

If you liked the Arkham games which, judging by its plethora of praise and accompanying accolades, you probably did — then you’ll definitely want to check out Sleeping Dogs. Story-wise, both games are worlds apart, but as far as combat goes, you’re looking at two pretty sturdy contraptions with an abundance of well-oiled cogs to spare. And while Sifu follows a more traditional style, Sleeping Dogs definitely breathes life into it and helps drive it towards modernization.

Playing as undercover cop Wei Shen, you’re put on the dark and dingy streets of Hong Kong, led to infiltrate a Triad organisation known as the Sun On Yee. However, before bringing down the faction, you’re first given the goal to ascend the inner ranks and earn the trust of some of the most dangerous kingpins in the criminal underworld. Expect a whole lot of conflict, up close and personal fighting sequences, and an ocean of combos to master. Sleeping Dogs, discarding the traditional style Sifu gravitates toward, is, without a shadow of a doubt, a perfect choice to help break up the time before launch day.

So, what did we miss? What’s your view on the above five games? Are you looking forward to playing Sifu next week? Let us know over on our socials here or down in the comments below.

5 Best Games To Get You Prepared For Dying Light 2: Stay Human