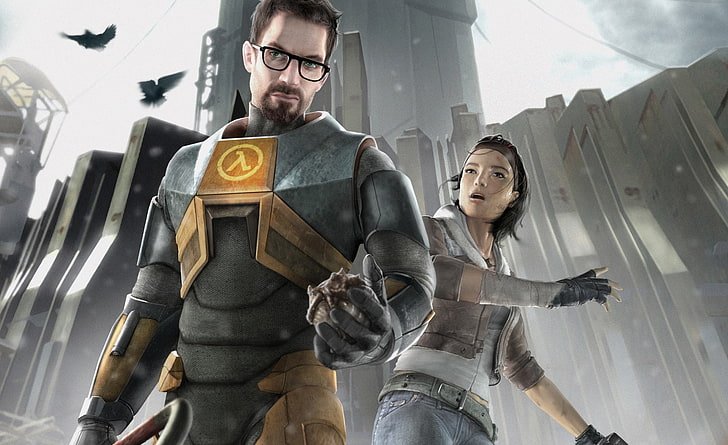 As we near mid of September 2022, it’s time to take a look at the best games on Oculus Quest 2. This list is always subject to change, but these five games are definitely worth your time! Whether you’re looking for an adrenaline rush or just want to relax with a good game, these titles have you covered. So what are you waiting for? Start playing!

As a Star Wars fan, you can take your gaming experience to another level by playing Star Wars: Tales from the Galaxy’s Edge via the Oculus Quest 2. Here you can fully immerse yourself in the wonders of galactic adventures. The game gives you control of a droid repair technician who is based around the Outer Rim. You are forced to crash land after a hostile group attacks you on Batuu.

Only after this event are you able to unleash the heroic part of your persona that enables you to fight alongside other heroes. There are several other known players you can interact with from the Galaxy’s Edge. These include Seezelslak and Dok-Ondar, who in the last installment send you on various missions across the Black Spire Outpost. VR gives you the full experience that comes with the intense action and amazing exploration this game offers.

If you have ever imagined yourself in an apocalyptic world, you can get an extensive experience by playing The Walking Dead: Saints & Sinners. The game takes you right into the middle of a chaotic existence guaranteed to test your sanity. Dive into a zombie apocalypse where all the decisions you make determine your survival. You must battle the undead, protect other survivors, and roam through the ruins of New Orleans in search of food and essentials. All this while trying to keep swarms of vicious walkers off your back.

The game features a special mode, The Trial, which helps test your skills and stamina by taking down as many Walkers as you can. Here you can gain more health and carry it forward to your open world battles. Each location contains a random exile who appears to ask you to trade your supplies in exchange for various materials. Some may ask nicely, others may just hold you at gunpoint until you give up your supplies. Therefore, you have to watch out for the different types of Walkers as well as human enemies.

One of the most popular games on Oculus is Population: One, a battle royale game that takes gunplay to a whole new level. Like other battle royale games, Population: ONE begins with you and your squad dropping into a warzone. The only and most exciting difference is that you get to experience each event from a whole new, much clearer perspective. You can fly, climb, craft, and scavenge for supplies from dropships all across the battlefield. The game also features a vertical combat system that lets you explore the perks of virtual gaming.

You can also easily engage with the environment by seeking cover and building shelters. The game features a main mode, usually known as the Squad mode, where you enter the battlegrounds in teams of three, and the last squad left standing wins. Other modes include special maps that are often updated after a certain time. They may include fewer or more team members per squad and may differ from the main mode in several ways. For instance, in Deathmatch mode, players compete by making the most kills before time runs out.

If you enjoyed playing any Elder Scrolls titles on PC or console, get ready for an in-depth experience brought to you by Skyrim VR. This is an epic, fantastical adventure that you get to enjoy on a broader level. It’s a Bethesda production that features all the official add-ons for the game. Battle ferocious ancient dragons and explore plenty of fantastic locations through an enhanced perspective, which will double the quality of your gaming experience.

Engage with NPCs who often offer additional quests which you can complete to earn rewards and experience. Like most Elder Scrolls games, you have to be careful not to kill certain individuals, as this will render some items and quests inaccessible. Some of these quests enable you to access previously locked areas, including caves, dungeons and wilderness expanses. As one of the best RPGs we have today, Skyrim VR is worth checking out.

This list of best games on Oculus Quest 2  would not be complete without Half-Life: Alyx, which is one of the most exciting action games Oculus has to offer. Step into the shoes of Alyx Vance, a hero in a tough war against a malicious alien species by the name of “Combine.” As humanity’s last remaining hope, it’s up to you to take down this vicious threat. The enemy has taken over the planet and has pushed most of the population into cities. The world’s best remaining scientists combine forces to build the best tools for those willing to fight.

Dive into immense puzzle solving and explore vast environments as you take down alien forces. As each day goes by, you must collect information about your enemy and figure out their weaknesses. Gameplay components are fun and realistic as you must move carefully not to alert nearby enemies. You can also throw items at a distance to cause a distraction that will allow you to move from one point to another without confrontation. Half-Life: Alyx has always been a subject of praise for its quality of graphics, storyline, and voice acting.

So, what are your thoughts on our list of the best games on Oculus Quest 2 this September? Are there other games you recommend? Share your pick with us in the comments below or over on our socials here!